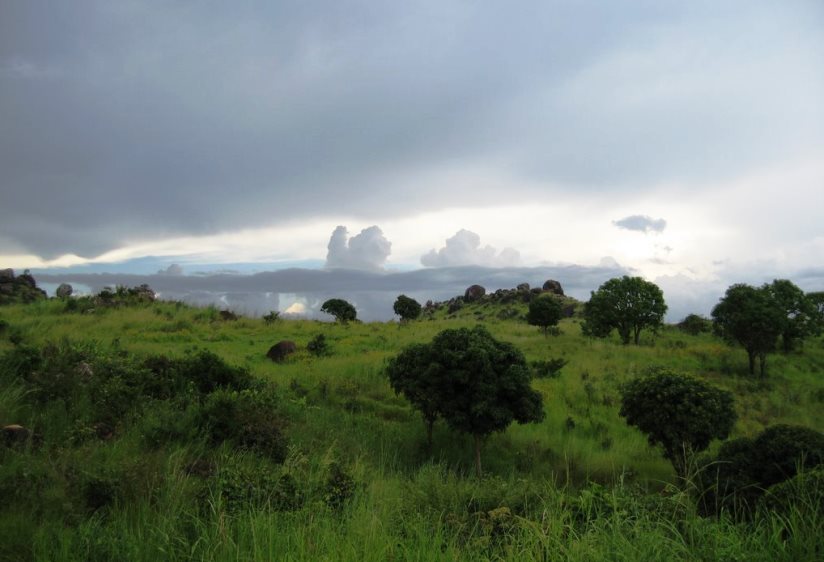 Cameroon has two distinct climate zones. The north end of the country — from which Colonel Frederick Hugh Cunliffe has marched over the last eighteen days following his victory over the German garrison at Garua — is arid, while the south of the country — where multiple allied columns are currently bogged down in thick jungle — is very, very wet. In the lower regions, the rainy season comes in two waves: the gentler rains that begin in March, and the harder, heavier rains which fall in August. The dry season lasts only from November to February, and until now the most sweeping allied advances of the Kamerun campaign have indeed taken place during those months.

But with the rains growing harder every day now, Colonel Cunliffe has decided to press on as far as possible before the weather turns even worse, so he dispatched Lieutenant Colonel Webb-Bowen 150 miles down the muddy main north-south highway towards the center of colonial resistance with a 200-man detachment. As they advanced, the outgunned and outnumbered colonial schutztruppen have fallen back before them from Kontcha and Tschamba, opening the way to the market center of Ngaundere. 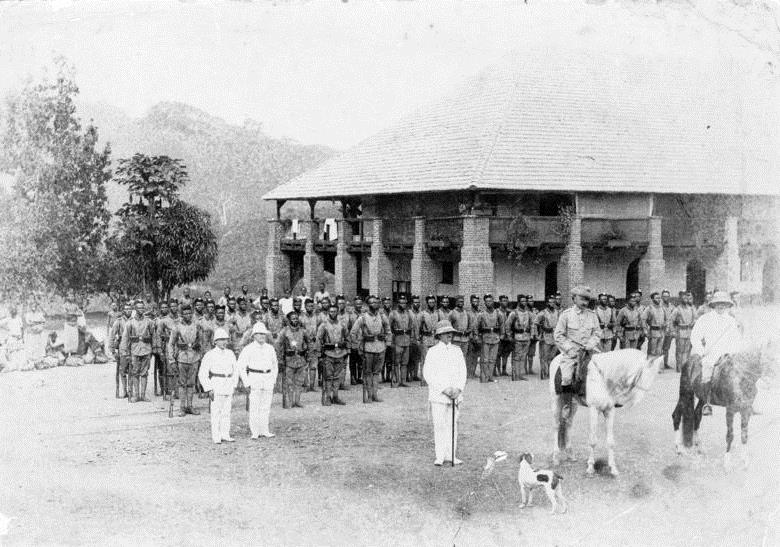 A German colonial schutztruppe company photographed between 1910-1914. Most of the soldiers on both sides were black

To be sure, there was some sharp fighting at several of the town’s outer defensive points, inflicting some light wounds on Webb-Bowen’s column yesterday. And he had expected to encounter storms — but nothing like the one today, which is strong enough to spin off a tornado which rips through the crossroads town ahead of his company’s attack, and still hangs over the town like an angry, ancient god when they capture most of the garrison taking cover from the storm. A nighttime counterattack is repulsed by overwhelming fire, but without recording any enemy casualties, so today’s battle is the rare, relatively bloodless event in a very brutal conflict. 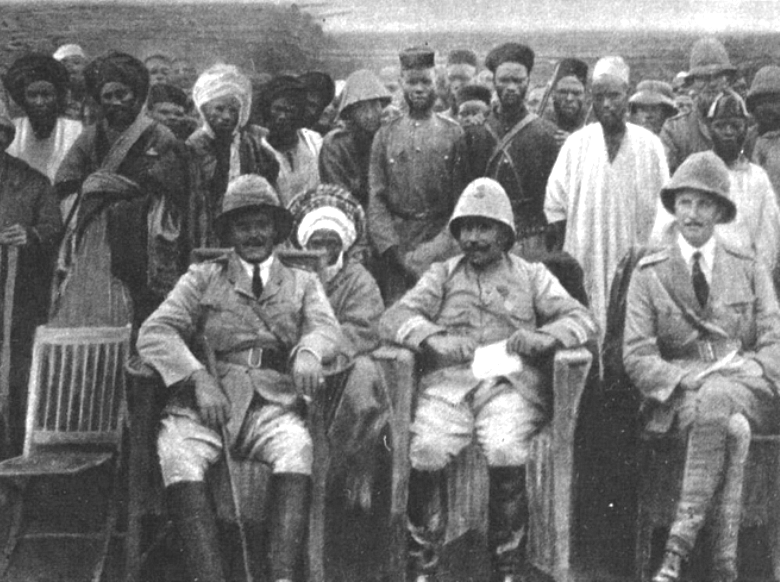 Suddenly, Webb-Bowen’s tiny command stands at the steep threshold of the central plateau where Major Karl Zimmerman husbands the remaining mass of his strength in a guerrilla-style bush war campaign against the multiple allied columns advancing against him. Reinforced with a French column led by Lieutenant Colonel Brisset, on July 12th Webb-Bowen’s follow-up advance along the highway now known as the N6 will result in another German position won at no cost in lives, easily withstanding a German counterattack eleven days later. The way is then clear for Webb-Bowen to advance to Tibati, a town on the shores of Lake Mbakaou, claiming virtually the entire northern third of the colony.

But by then, the rains have come in earnest, while the plucky German garrison at Mount Mora in the far northern end of the country maintains a stalwart resistance, demanding the full attention of Cunliffe’s main body of troops, and all the southern offensives on the center of German resistance at Yaounde have been suspended in the doldrums of the rainy season. Larger than Germany itself, Kamerun is 191,000 square miles in size, with a population of 2.5 million, and with such low troop density and tenuous logistics, it is quite a task conquering so large a territory even without an enemy to oppose him. Cunliffe is able to consolidate his hold on the north during July, but will make no more progress towards the south until October, when the storms finally start to abate. 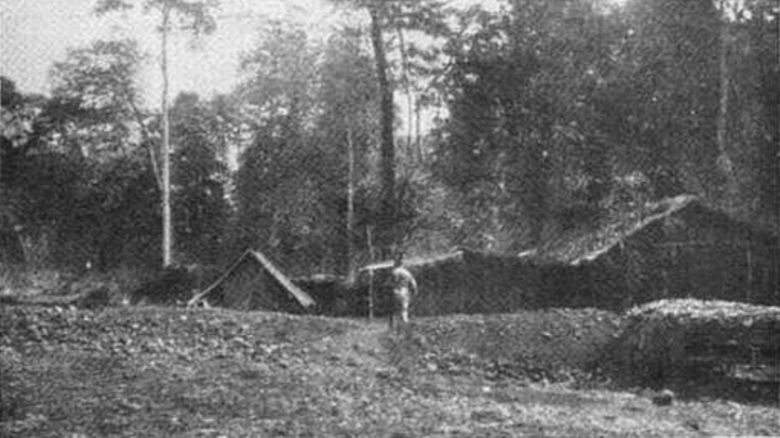 A bivouac in a forest clearing during the Kamerun campaign. Via The Great War in Africa by Brigadier General E. Howard Gorges