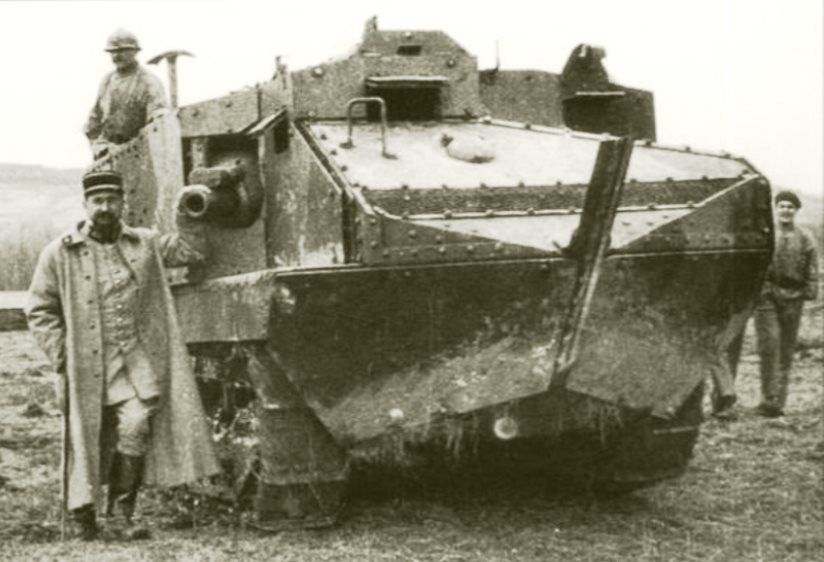 Recaptured during the spring, the Meuse River valley battlefield of Souain is still cut by trenches, providing a perfect testing area for weapons designed to break the deadlock of the Western Front. Today, a 45 horsepower Baby Holt machine built by the Bullock Tractor Company in the American city of Chicago emerges from its shed covered in armor improvised from boiler plate. Observed by French President Raymond Poincaré, the first test in June went well enough that ten more Baby Holt chassis were ordered; now, General Philippe Pétain and Colonel Jean-Baptiste Eugène Estienne watch as the experimental design handily crosses the muddy terrain and a four-foot wide trench.

While they note that the vehicle is still too short to cross most trenches, they are both impressed by its mobility. Estienne is an engineer who has advocated the idea of armored fighting vehicles since 1914. Three days later, Estienne proposes an armored force to the High Command and recommends a new version of the design that uses a 75-horsepower motor and a longer track base. On the last day of January, Field Marshall Joseph Joffre orders the production of four hundred vehicles, with the formal order being finalized at the end of February. The machine created by this testing and evaluation process will be known as the Schneider CA1 (see above). It is the first French tank. 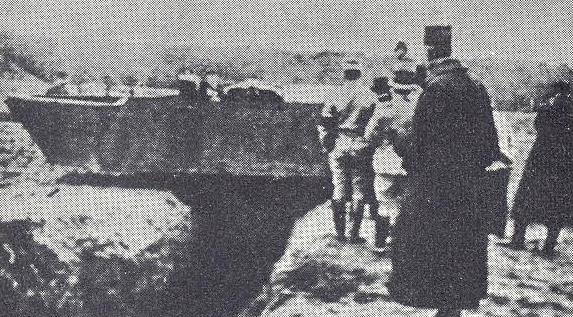 The only surviving photo of the Souain experiment. Estienne stands at right in the foreground

France was in fact the first country to consider a tank design in 1903, but the idea for a box-like canon autopropulseur (‘automobile cannon’) submitted to the Army by Captain Levavasseur was rejected due to the weak motor technology of the day, the unproven track technology, and the comparative ease with which horses could draw up artillery on the battlefield. Now that the Great War has rendered men and horses supremely vulnerable as they cross the quagmire of no man’s land, the need for a tractor-drawn machine that can shelter its occupants and crush barbed wire obstacles is undeniable, and thanks to rapid advances in agricultural engineering and motor power, the ‘creeping grip’ of continuous treads is a much more reliable proposition.

But people are not machines, and private rivalries will lead to a diversity of designs. The vehicle tested today was originally supposed to mount a wire-cutting blade on the front, but Eugène Brillié, an engineer with the Schneider company, discards it because the tank itself can crush the wire quite effectively. Jules-Louis Breton, a French politician, had developed the device with an engineer named Prétot, and now he simmers with resentment that Estienne and Brillié have abandoned ‘his’ project. Fancying himself the national expert on armored vehicles, Breton approaches Émile François Léon Rimailho, a former artillery officer now working at the naval gun forges at Saint-Chamond, where further tank orders have been made. Brillié refuses to share his blueprints with the company for free, however, so Rimailho and Breton design their own tank. As the Saint-Chamond incorporates Rimailho’s 75 millimeter cannon, it will eventually prove to be the best-equipped vehicle for destroying German fighting positions during the mobile phase of the war in 1918, but it will prove far less useful for its intended purpose of breaking resistance from enemy trenches. 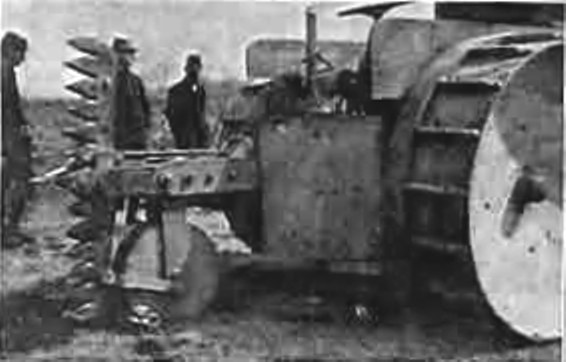 The Breton-Prétot machine being tested in its final form; the first version had a circular blade

Estienne does not sit on his laurels, either. Four days before Christmas, he meets with automaker Louis Renault and tries to convince him to manufacture tanks. Renault declines, but when the two men meet again by chance in July, he agrees to reconsider. The result is a competing design for a lighter, faster tank mounting a turret and a Hotchkiss machine gun. Built in greater numbers than either of its rivals, the Renault FT will become the backbone of the new French armored component.

The Great War is bringing scientists, government, and military authorities into closer cooperation than ever before in a multiplicity of efforts to resolve the dilemmas created by the conflict, chiefest among them the static nature of trench fighting. The results are uneven, awkward, and poorly-engineered by later standards, yet these are also the very first tanks in the world — more or less the equivalent of sending the Wright brothers’ first production model airplanes into combat. The men who crew them are exceptionally brave pioneers of what remains an extremely dangerous branch of modern land armies today. For all the protection that the occupants seem to enjoy, they often ride to battle in what amount to metal coffins. Built to change the war, upon taking the field tanks will immediately become just one more dimension of a larger material and political conflict. 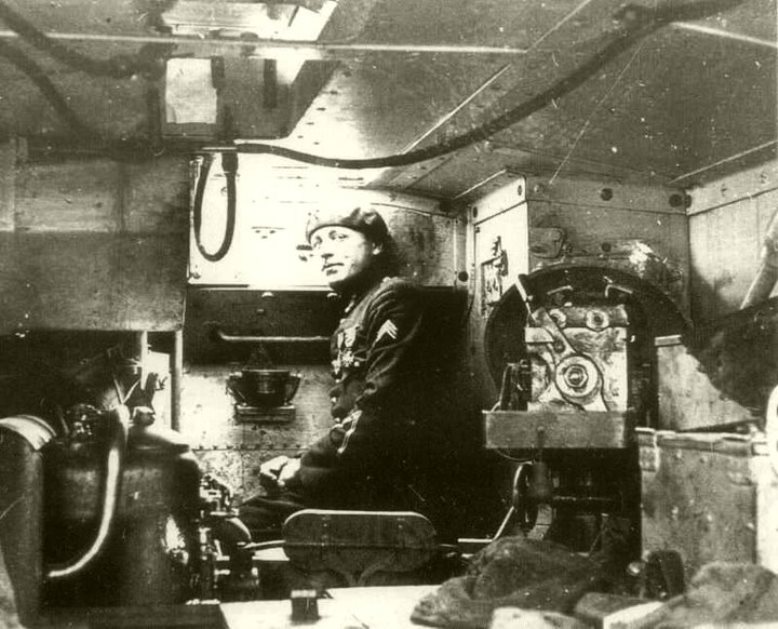 The interior of a Schnieder CA1 is quite crowded, with less than four feet of clearance above the engine and no room to stand