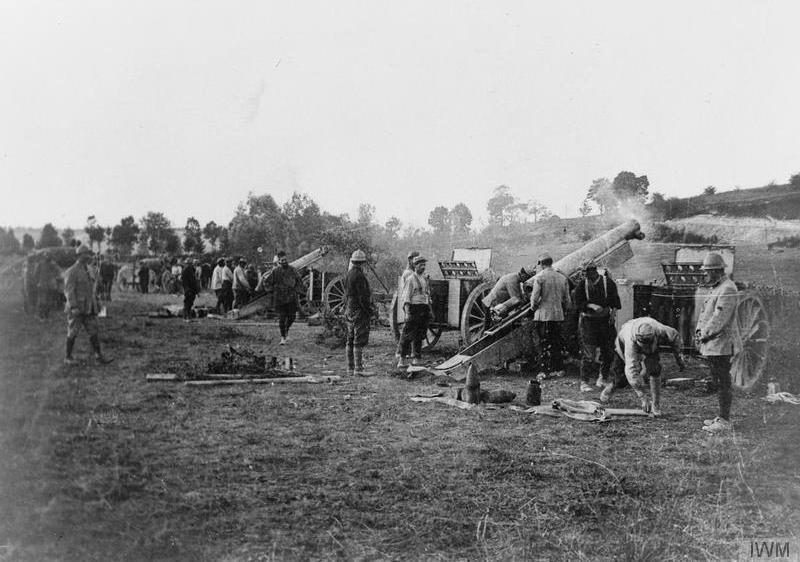 In the above photo dated a century ago today, a battery of French Rimailho 155mm howitzers near Massiges is providing artillery support to the largest offensive push by the western Entente Allies in 1915. The battle is a resumption of the great Champagne offensive launched by French supreme commander Joseph Joffre earlier this year after months of meetings, preparation, and planning. Launched in coordination with renewed French attacks in Artois and a simultaneous British attack at Loos, the advance today in Champagne claims sixteen thousand German prisoners and the largest reclamation of French territory in months, all at horrendous cost in French lives. But if the life of the individual poilu seems held inexplicably cheap, note that some of the men in the above photograph are wearing the new Adrian helmets.

Just as thick as the British Brodie helmet, which is also seeing a trial run during this offensive, the Adrian helmet is named for the same Quartermaster General who first began distributing steel skullcaps in December 1914, impressing Joffre enough that he ordered a new mass-production design. It is based on the Parisian firefighter’s helmet, which is in turn based on a medieval Bourgoignotte, but it is far more labor-intensive than the Brodie, which is stamped from a single piece of steel in just one size rather than three. Manufacturing the badge, which features a flaming grenade and the letters RF for République Française, requires one worker to use fifty different tools; the stapling, soldering, and riveting require several times more work to produce each helmet. It is a typical example of the French obsession with perfected craftsmanship, even at the expense of practicality — and an ironic reprise of ancient technology to answer a modern dilemma.

Nevertheless, 1.6 million Adrians have been distributed since the end of April, enough that artillerymen fighting far behind the front line trenches are now wearing them. As production ramps up, that number will almost double by the end of the year. The effect on casualty rates is immediate: far fewer men are killed by head wounds, but there is a commensurate rise in the number of head injuries to men who would have died in soft caps. 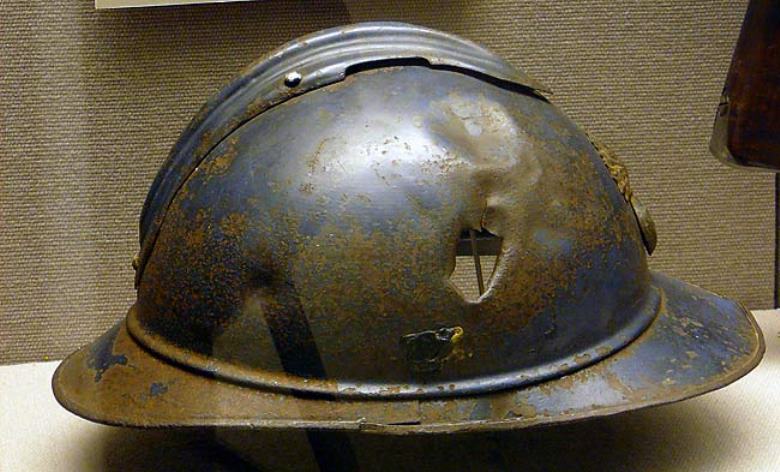 An Adrian helmet in a museum; note the ventilation slits in the crest. Just 0.7mm is thick enough to stop overhead shrapnel

Altogether, the French Army does better in this battle than the contests of Spring. Notre Dame de Lorette Ridge and the town of Carency are recovered from the invader, but German counterattacks retake Vimy Ridge with its commanding view of the valley below. In the simultaneous Third battle of Artois today, two corps finally capture the town of Souchez after more than a year of fighting. But in Champagne, two armies — the 2nd under General Philippe Pétain and the 4th commanded by General Fernand Langle de Cary, together forming Groupe d’armées du Centre (Central Army Group) — succeed in crashing through the first German line, only to be stymied by the second line of defense. Artillery cannot be brought forward quickly through the battle-chewed mess of no man’s land, either, leaving the follow-on infantry attacks without their supporting fire, with predictable results. That failure increases French command attention to the need for a means to bring heavy weapons through the wire and mud, further stimulating the development of tanks.

Altogether, Central Army Group is more than twice as large as the German 3rd Army that it is attacking, but the frustrating two-to-one ratio of attacking casualties to defending casualties has not improved at all since the Spring. Yesterday, rainfall began to frustrate artillery spotters, further limiting success. German reinforcements arrive faster than expected, for the Chief of the German General Staff, Erich von Falkenhayn, has already shifted strength from the Eastern Front in anticipation of just such an offensive. More than 3.5 million artillery rounds have been expended, exhausting the stockpiles accumulated in the months of relative inactivity. After a week of bloody advances stymied by German counterstrokes which seem to always come from the flanks of the captured positions with effective artillery support, Joffre calls for a halt in the attempt to break through on a broad front, and orders his local commanders to resume their own, limited efforts.

But the lessons learned in this battle will be studied and applied to the next. Planning his own new offensive push for the new year, Falkenhayn will look to the success of his own defenses in a bid to sucker the French into repeating all their mistakes committed today — with no small success. By then, the entire French Army will be wearing helmets instead of hats, and the German Army will be distributing a helmet of its own. 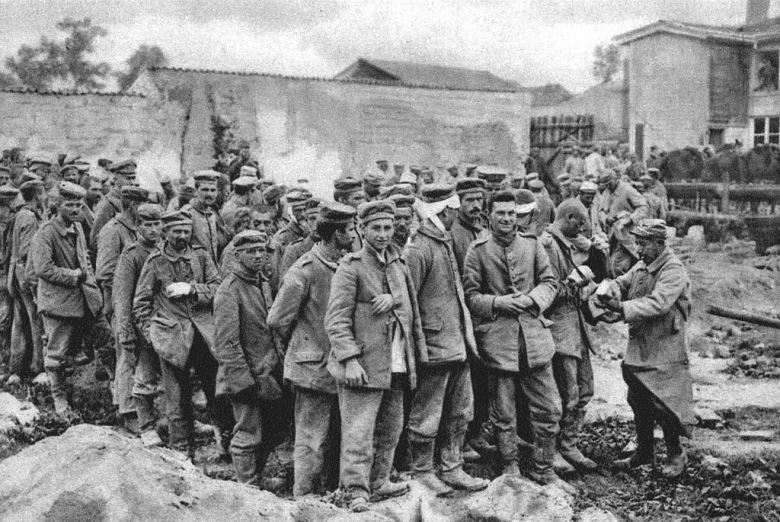