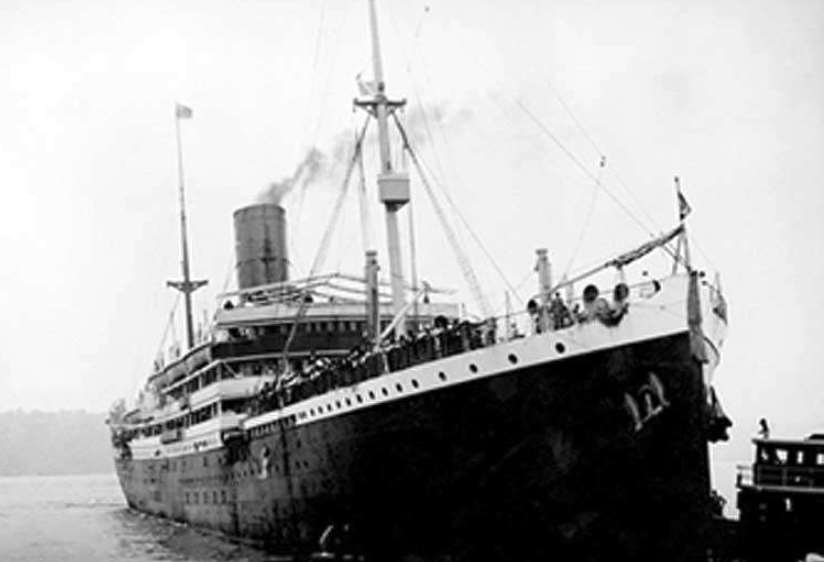 Sailing in the SM U-38, one of the new U-31 class submarines commissioned since the war’s outbreak, Kapitänleutnant Max Valentiner and his crew have been tearing a path of destruction across the Mediterranean on his latest cruise. Among their six victories so far in November are the Japanese steamship Yakusuni Maru, sunk five days ago off the coast of Morocco in a rare measure of vengeance for Japan’s conquest of Germany’s colony in China, and the Yser, formerly the Dacia, which German-American entrepreneur Edward Breitung, Jr. had purchased from the Hamburg-America Line in order to test the Entente blockade, whereupon she was seized and put into French service. Valentiner has also torpedoed a French troop ship, drowning more than seven hundred Senegalese soldiers.

Patrolling surfaced off Sardinia an hour into the afternoon with an Austrian flag aflutter — for Germany is still not officially at war with Italy — Valentiner spots a steamer approaching. It is the SS Ancona (see above), an 8,000-ton Società Italia emigration liner bound for Ellis Island, New York from Naples and Messina with three hundred passengers, mainly women and children. Giving chase, he opens fire with his deck gun before the Ancona fails to outrun her and tries to surrender. Valentiner is in no mood to give quarter, and fires two more shells into the ship; panicking, the Italian deck crew lower the lifeboats while Ancona is still moving and capsizes many of them. Looking on with a predator’s adrenaline coursing through his veins, Valentiner lines his boat up for a solution and fires a torpedo into the hapless vessel, then sails in search of other prey. The U-38 will claim two more allied steamships during her cruise.

The Ancona sinks quickly. Alerted by wireless alarm, the French cruiser Pluton responds quickly out of Bizerta, but almost two hundred lives are lost, including all but one of the American citizens on board, many of whom were bringing their families to a new home without war. Reaction in Washington, DC is swift as Secretary of State Robert Lansing demands answers of Vienna, initiating another round of diplomatic wrangling over ‘unrestricted’ u-boat warfare. Unsatisfied with the Austrian response, Lansing presses harder in December, this time including the sworn statement of Dr. Cecil Griel, the lone American survivor. In the end, Austria makes an empty promise to reprimand Valentiner, yet the submarine, captain, and crew are all Germans. Only their flag is Austrian today. For lawyers like Secretary Lansing and Woodrow Wilson, proper venue matters at least as much as the contents of the legal brief. 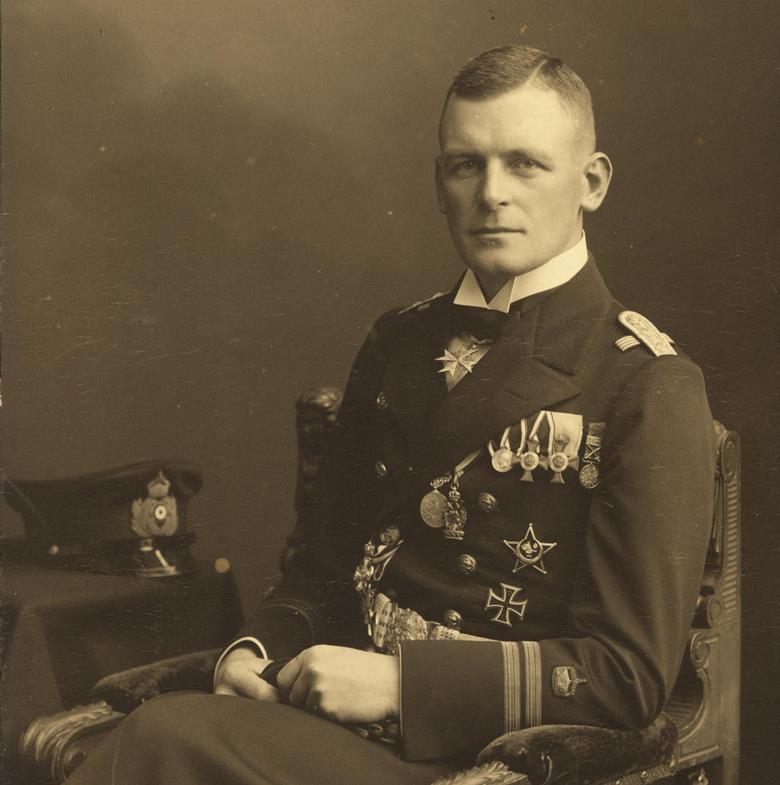 War criminal, according the Entente allies: Valentiner will be Germany’s third most successful u-boat commander

The international communications process is made all the more cumbersome without an Austro-Hungarian ambassador in Washington. Withdrawn in September after embarrassing disclosures of his role in neutrality violations, propaganda activities, and sabotage campaigns in the United States, Konstantin Dumba has not been replaced. In a more detailed reply to Lansing’s note, Foreign Minister Stephan Burián von Rajecz admits that Valentiner “exceeded instructions,” but insists the Kapitänleutnant mistook her for a transport ship. (In fact, Valentiner has rationalized his actions by supposing the Ancona‘s cargo hold might carry munitions back on her return trip.) Burián contends that reports of one hundred shells fired are false, and that the crew of the U-38 fired only sixteen rounds. Meanwhile, the war does not change, except for the worse.

It is a busy day for Lansing, who also transmits a protest to Berlin regarding an American-flagged windjammer SS Pass of Tsalmaha. Twenty-seven years old, the still-sturdy cargo boat was stopped by the U-36, sister ship of the U-38, in July while crossing the North Sea for Kirkwall. Loaded with cotton for Britain’s Russian allies, the boat had already run afoul of a British auxiliary cruiser on patrol, which put a prize crew aboard her and rerouted them to the Orkney Islands for ‘further inspection,’ whereupon the U-36 encountered her flying a Union Jack. At this point, Captain Scott hurriedly hoisted the stars and stripes and coaxed the British marines and their officer below deck, later turning them over to German inspection at Cuxhaven. Despite this, the German government has decided the seizure of the ship and its badly-needed cargo of fiber are justified.

Lansing begs to differ on behalf of the United States, but the ultimate fate of the Pass of Tsalmaha mocks any such litigant’s appeal. Re-christened Seeadler and refitted with hidden deck cannons and machine guns, she becomes a commerce raider. Germany lacks overseas coaling stations thanks to British command of the global sea-lanes, and this wind-driven, if piratical approach proves surprisingly successful, especially with much of the world’s shipping traffic also under sail — a technological shift that will remain incomplete for a surprisingly long time yet. 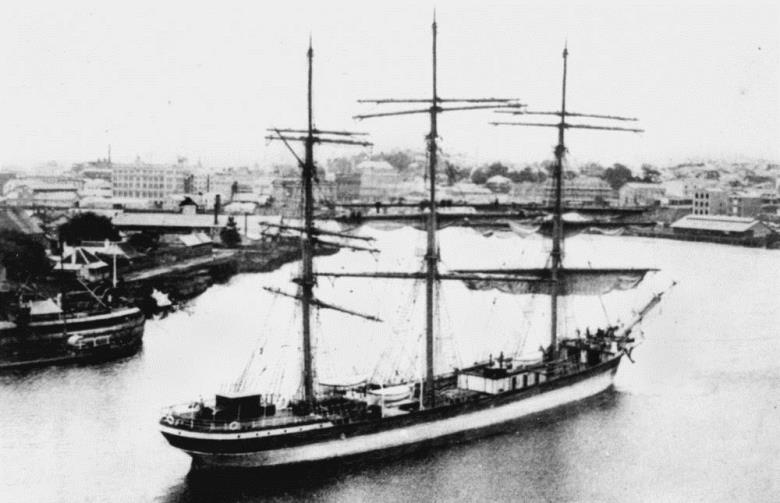 The Pass of Tsalmaha in port. Engineered to endure, she will end up run aground near Tahiti after capturing sixteen vessels