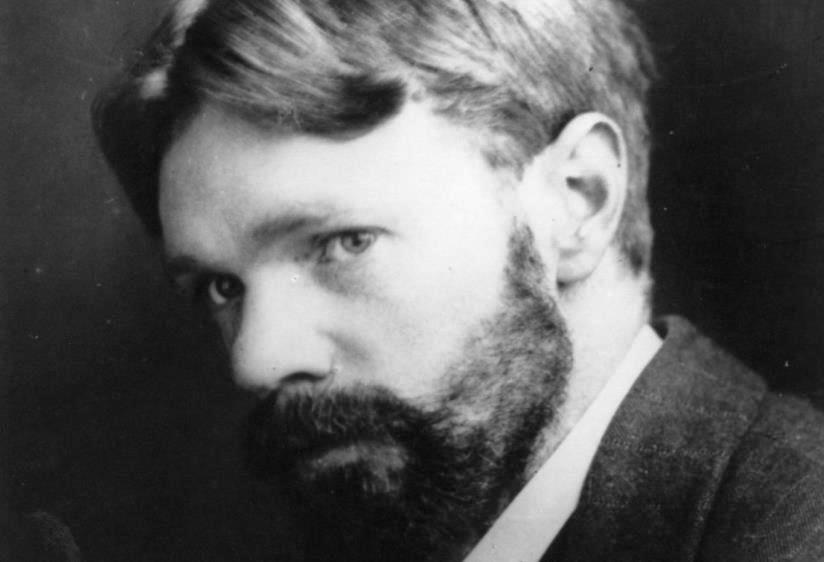 After months of relentless advances, today the Central Powers come to a standstill along almost the entire line from the Baltic Sea to the Romanian border. The Russian Army is still falling back a bit around Lutsk and the Pripet Marshes, but resistance is stiffening at Dvinsk and elsewhere, for the Eastern Front has finally stopped receding onto Russian territory. Meanwhile, Austrian and German troops are assembling on the Serbian frontier to conduct a joint attack with Bulgaria’s army, which is now mobilizing against their Balkan neighbor, and attacks by French and British divisions continue on the Western Front.

But today, we look far away from the fighting and turn towards the publication of a book.

Originally titled The Sisters, then The Wedding Ring, it is a years-long labor of love by David Herbert Richards Lawrence, better known by the initials D.H., who finally split the work into two parts during January. Methuen Publishing produces the first portion as The Rainbow in London today. It is the story of three generations of the Brangwen family, residents of Nottinghamshire, as they alternately struggle against the crushing weight of Victorian social convention and the contrary effects of modernity. These themes reflect the author’s unique philosophy. One of the best literary interpreters of the machine age, Lawrence is simultaneously suspicious of democracy and alarmed by militarism, for he sees all forms of collective consciousness as malevolent forces which stifle the individual soul.

Lawrence takes an especially dim view of industrialization and development. In the pages of The Rainbow, factories, mines, buildings, railroads, and canals become shadows on the land, destructive of natural beauty and toxic to the minds of the humans cursed to inhabit them. But it is his literary portrayal of sexuality, and its role within relationships, that brings Lawrence the most trouble. In November, Methuen is summoned to the court of magistrate Sir John Dickinson to answer a charge against the book under the Obscene Publications Act of 1857. More than a thousand copies will be burned, making the book — which Dickinson calls “trash” — unavailable in Britain for the next 11 years.

To be fair, Lawrence seems to have anticipated the reaction his novel would get. Censorship was a far more routine matter a century ago than it is today, and the laws of Great Britain made such restraints very easy to erect. During the trial, Methuen Publishing indicates that the printing was delayed for more than a year as the author made changes at their request, finally refusing to make any further alterations. And when he wrote letters to friends describing his process of composition, Lawrence took positive joy in the prospect of being censored:

I am a damned curse unto myself. I’ve written rather more than half of a most fascinating (to me) novel. But nobody will ever dare to publish it. I feel I could knock my head against the wall. Yet I love and adore this new book. It’s all crude as yet…but I think it’s great — so new, really a stratum deeper than I think anybody has ever gone, in a novel.

[…] It is very different from Sons and Lovers: written in another language almost… I shan’t write in the same manner as Sons and Lovers again, I think — in that hard, violent style full of sensation and presentation.

In a curious twist, however, Lawrence’s novel attracts legal scrutiny because so many reviewers dislike it. In fact, their opinions of Lawrence’s work end up being cited in the legal proceedings against the book. One of them is James Douglass, whose reaction in the Star reveals that it is Lawrence’s rejection of patriotic jingoism, not just his portrayal of sex, which offends his detractors so deeply:

The rainbow is the symbol of strange beauty, of transfigured reality, of dreams that transcend the lower nature. It is the romance of God that springs out of earth into heaven. If Mr. Lawrence desires to save his genius from destruction, let me tell him how to do it. He must discover or rediscover the oldest truth in the world — that man is a moral being with a conscience and an aim, with responsibility to himself and to others. If that truth be not true, then life is a tale told by an idiot, full of sound and fury, and signifying nothing. The young men who are dying for liberty are moral beings. They are the living repudiation of such impious denials of life as The Rainbow. The life they lay down is a lofty thing. It is not the thing that creeps and crawls in this novel.

Married to a German woman, and too physically frail to serve in uniform, Lawrence already faces deep suspicions and scurrilous rumors among his neighbors in Zennor, a town on the Cornwall coast. As Lawrence sets out to finish Women in Love, the second half of the longer novel he originally envisioned, the couple soon finds the Admiralty at their door over ridiculous accusations that they have been signaling German submarines from their cottage windows. Of course, the irony is that many of his prewar writings about Germany and the European situation have become wartime propaganda pamphlets. It is only after the war, with the belligerent atmosphere in London dispelled, that Lawrence’s talent finally gains the respect of the British reading public.