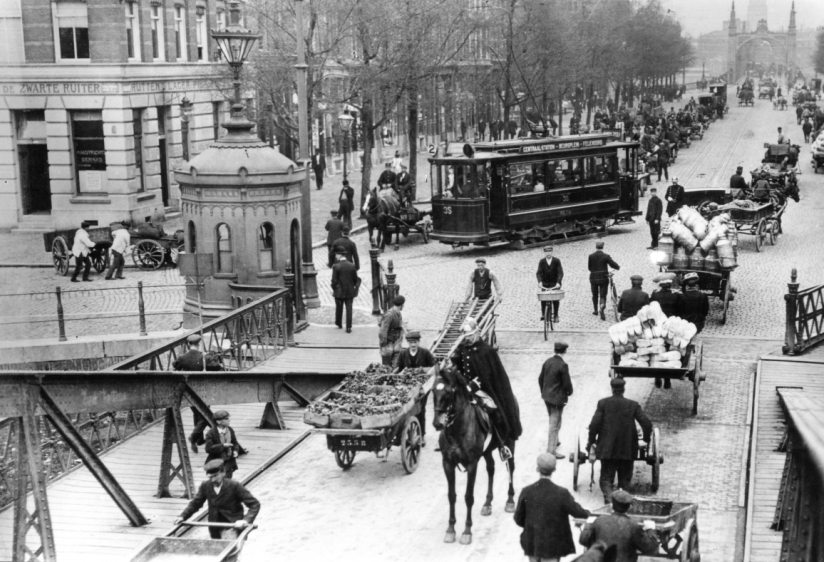 In 1913, more than ten thousand vessels carried thirteen million tons of goods in and out of Rotterdam (see above), a neutral port city of 450,000 people. By the end of 1914, the year when the Great War began, shipping traffic was down by a quarter; this year, only 3,760 boats will run, carrying almost seventy percent less cargo than they did two years ago. Passenger receipts have decreased by a similar ratio, and the income lost at the docks has forced the polity to raise income taxes so that the city fathers can avoid running a deficit. To alleviate unemployment, however, harbor construction continues apace throughout the conflict, for Rotterdam is one of the premier seaports on the western continent of Europe, and the war will surely end one day.

To be sure, some of the lost trade is due to German depredations, but the British blockade is by far the largest single factor in the decline. Asserting the doctrine of ‘continuous voyage‘ to inhibit German commerce, allied warships delay the entry and exit of every vessel from Dutch ports to search them for contraband. Since March 11th, Britain has entirely refused to let any Austrian or German cargoes leave Rotterdam, and as a result more than $167 million in goods bound for New York City — that’s about $3 billion in today’s money — have jammed the docks. This is a severe problem for American importers who have made purchases from Europe, and a not-inconsequential topic of London’s diplomatic relationship with Washington.

In fact, today Great Britain makes a small concession to American demands by allowing all such cargoes registered with the British Embassy and purchased before March 1st to be shipped and delivered at last. It is a trifling policy change when compared with, say, Britain’s recent decision to prohibit American cotton exports to the Central Powers, and it is too late for some businesses to recoup their losses. Until the war actually ends, Foreign Minister Sir Edward Grey will give little more than lip service to neutral countries concerned for their trade. 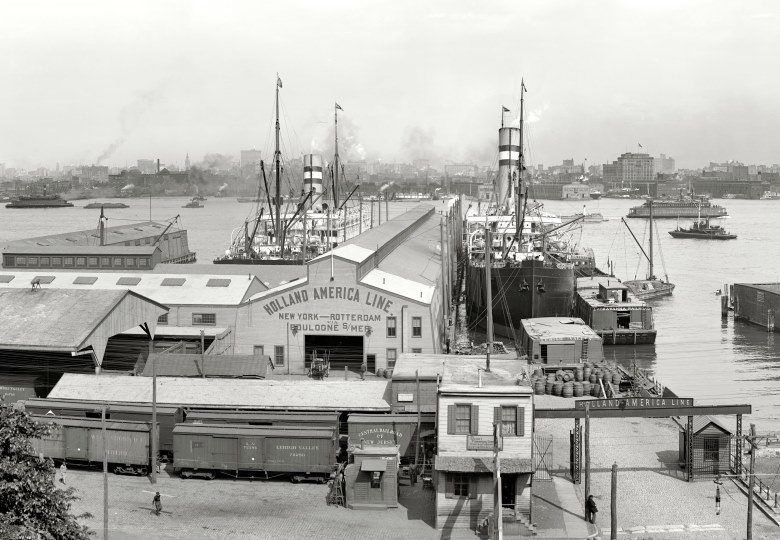 The Holland-America Line dock at Hoboken, New Jersey in 1905. Dutch ships will still make 214 round-trips to New York this year

Building their legal case for the blockade, London has the benefit of American history. In a rather long note published earlier this month, the British government cited several examples of British forbearance with the US Navy during the late Civil War as precedent for their own blockade policy. For example, Grey mentions the American seizure of cargoes on their way to Mexico and Bermuda, because they were assumed to be bound for the Confederate States, as precedent for his own country’s doctrine of ‘continuous voyage’ — and an example of neutrality violations made lawful by necessity, as they are “the only means of making (the blockade) effective.”

In Washington, Secretary of State Robert Lansing starts preparing a long note of his own. He is a lawyer by trade, and his opinions regarding the international law issues raised by the British blockade have been invaluable to the White House since the early days of the war; they were in fact a primary reason why Lansing was chosen to replace William Jennings Bryan, who resigned over the tone of President Wilson’s protests to Germany against the Lusitania sinking in June. Wired to London in October, Lansing’s letter debunks Grey’s talking points about the state of the export trade by noting the current, wartime-inflated values — some products cost four times as much as before the conflict — versus the much higher prewar traffic, when there were many more ports open to trade. Indicting Britain’s refusal to differentiate between neutral and belligerent trade, Lansing also objects to the seizure of mails on neutral ships, insisting that private letters and diplomatic correspondence have been illegally confiscated in addition to money orders, legal documents, and all sorts of necessary business correspondence — charges that Grey and the British government deny.

Yet Lansing’s words change nothing. Moreover, a curious dissonance is emerging: even as American diplomatic engagement with Germany over their U-boat blockade seems to bear fruit, German-American relations are falling into a thickening freeze. Contrarily, American diplomatic efforts to ameliorate the allied blockade are producing hardly any progress, yet America’s friendship with London is warming regardless. These disparate outcomes will play a key role in America’s eventual declaration of war on Germany.

To the people of Rotterdam, who have already lost a fourth of their prewar trade with New York and watched the entire import-export business ecosystem thrown into chaos by British embargoes, these faraway discussions and highly-parsed, formal notes hardly register in significance. Dependent on food imports to avoid starvation, the Netherlands already host hundreds of thousands of Belgian refugees, and the Germans are constructing an electrified fence along the Dutch border for fear that the country is becoming a hotbed of allied espionage. As sea mines take a steady toll on fishing vessels at sea, the Dutch people feel more and more like a nation under blockade themselves. 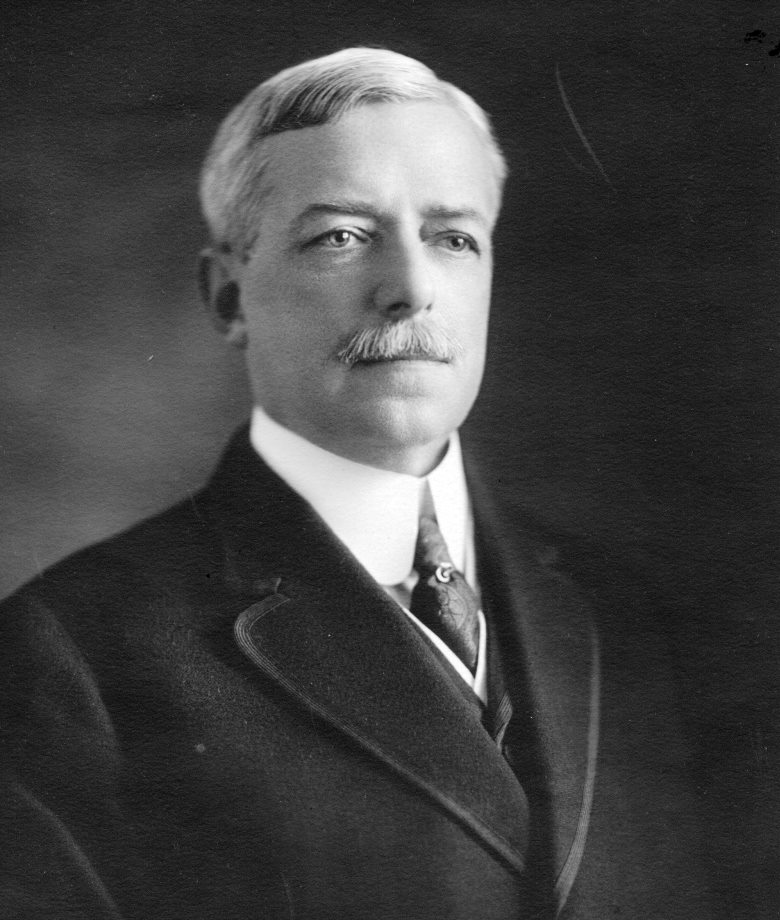