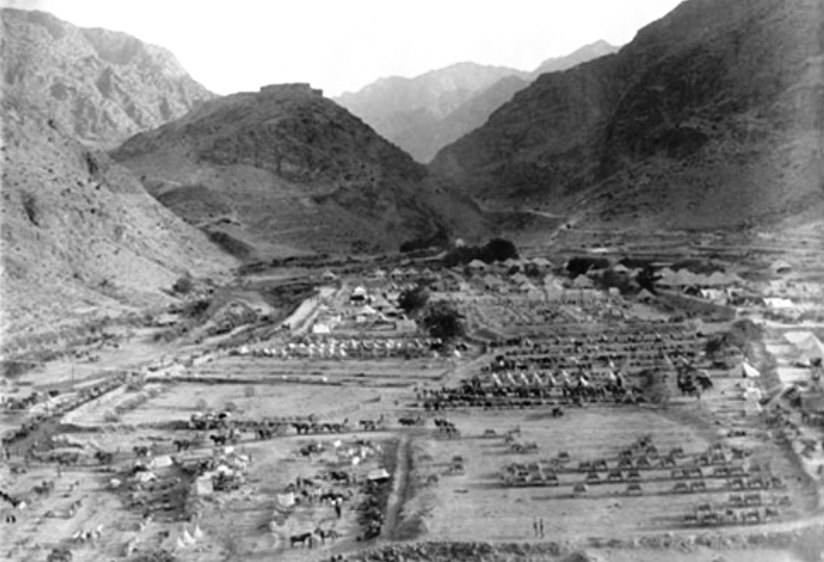 When the ‘Empire War’ began, the princes of India were surprisingly enthusiastic at first. Having neglected the Army of India for decades, they eagerly dispatched poorly-equipped divisions to the Western Front hoping to cement their polyglot nation’s place in the British imperial system forever. Arriving in time to make a difference, those troops have covered their blood-soaked colors in glory, and the tattered remnants of those divisions have been withdrawn to other theaters. But in the new year, rising tensions along the Northwest Frontier with Afghanistan led to a frantic reversal of the mobilization flow, affecting troop deployment to the Middle East and Africa. By the end of April, an incursion of Mohmand tribesmen had to be repulsed near Peshawar, and now the Bunerwals and Swatis are up in arms too.

Expanding to more than forty battalions in the course of the conflict, the Durham Light Infantry (DLI) had already sent many men to join the apocalypse in France before the first Mohmand cross-border raid took place in January. While the previous eighteen years had been relatively quiet, DLI’s 1st Battalion had already conducted a punitive expedition at Malandri Pass during February of 1914 from their base at Ali Musjid (see above), as the enemies of the British Empire are perfectly aware. Salafist preachers were stoking the flames of war and revolt in the Central Asian borderlands within weeks of the Ottoman caliphate’s German-instigated jihad. Since then, the DLI has bulked up along the frontier with Afghanistan.

Scattered among the militants are a few Hindu nationalists. Aware that a German delegation crossed the Persian border ten days ago to raise the flag of holy war in Kabul, their timing is meant to persuade the King of Afghanistan to join their anti-British alliance with the Turks. They are Ghadarites, members of an international conspiracy hatched and planned in the United States, and their compatriots have already been involved in mutinies this year across Britain’s South Asian dominions. When the Empire foiled the Ghadar Party’s plans for insurrection within India itself, many retreated to the porous border region, and it is largely on their knowledge of the larger strategy that the Northwest Frontier Province sees its most violent day in a generation. 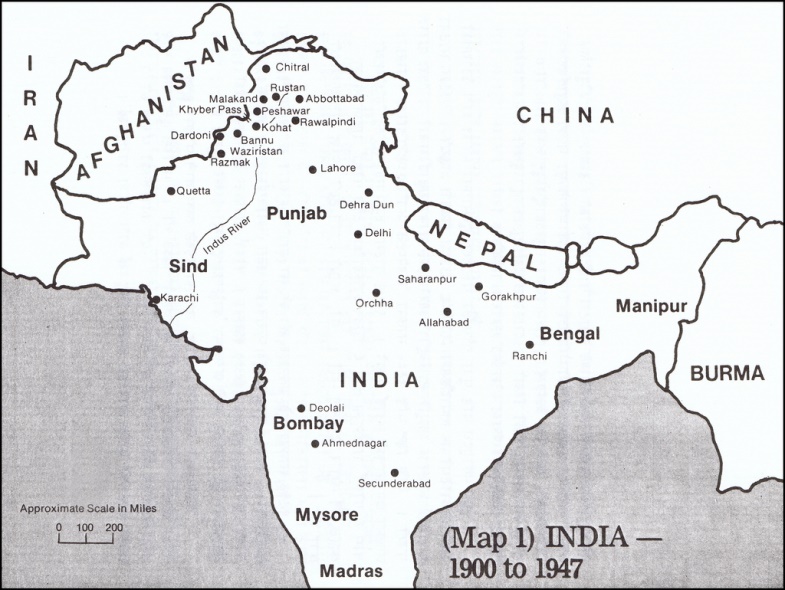 Breaker of empires: lying in Pakistan today, the Northwest Frontier Province has been a conflict zone throughout the modern era

After setting out two days ago on a night march in such heat that half the force dropped out somewhere along the route’s steep-sided switchbacks and agonizing grades, the Khyber Moveable Column camped at Nagoman, then met the Bunerwals at Malandri Pass. Expecting as many as 12,000 and facing perhaps perhaps a fourth of that number, the column’s sharp, one-day battle dispels the incursion. But theirs is not the only fight, and today is not the first time that insurgents have tried attacking in two places at once. Twelve days ago, a gathering of more than three thousand Bunerwals attacked near Rustam, while a similar-sized group of Bajauris advanced on Chakdara. The Army of India checked both attacks then, but the enemy is expected to be stronger this time, so every spare soldier in the region has been repositioned in anticipation.

Yesterday, the Malakand Moveable Column built sangars on the spur of Mount Landakai. The equivalent of trenches when fighting on the broken, stony ground that is the dominant geographic feature of Central Asia, sangars are such a ubiquitous feature of fighting in the violent frontier region that the word spread to South Africa during the Boer War along with colonial regiments of the British Army. Essentially a stone fortification good against small arms fire, a fortress wall or piquet (fighting position) can be erected or taken down in fairly short order, providing temporary cover for riflemen.

As a result of intelligence forwarded by a political agent in Malakand that a force of as many as twenty thousand Swat Valley tribesman are following Mullah Sandaki down the left bank of the Swat River to put the infidel to the torch, a mixed forced of Gurkhas, Punjabi Muslims, and British Durhams prepared their defensive perimeter in anticipation of a force at least five times larger than the one which showed up at about 10 PM last night.

By midnight, the attack shifts from the Gurkhas to the Punjabis. Mainly Muslims themselves, and often depressingly young, the 46th Punjabis prove such crack shots in the moonlight that when relief ammunition arrives at 3 AM, they are are still not running low. At the hottest moment of the fighting, one of eight separate assaults on a single piquet ends with an enemy battle standard shot down just ten paces from the wall; after a short, sharp fight, the banner is captured. When the fighting peters out at 5 AM, the defenders have suffered one dead and ten wounded. The Swat men have left over one hundred dead behind as gruesome decoration for the ground around their sangars.

After sunrise, General William Beynon dispatches six companies of infantry and two batteries of artillery in hot pursuit of the enemy. Spotting them on the right bank of the Swat, both batteries open fire, with the mountain guns aiming at the hill fort known as Kak and the the field guns on the Sandakis camp in the valley. The Sandakis caught in the open are quickly scattered, but Beynon must reposition his mountain guns to get plunging fire on the fort, for its walls are too hardy even for high explosives. Finally then, the defenders of Kak flee the relic under harassing shrapnel and machine gun fire, and by the afternoon a cavalry patrol is able to ford the Swat River to kill the last holdouts. With the uprising repelled, both columns return to their bases by September 5th. That same day, a combined force of three thousand tribesmen is defeated at the village of Shabdakar and scattered by cavalry.

Yet the war is not over in the Northwest Frontier, as further violence at Hafiz Kor during October demonstrates. In time, there will be barbed wire, and trenches, while reprisals by troops are followed by air raids that target buildings and infrastructure, and armored cars that make best use of the dusty, ancient roads. The fighting here echoes wars yet to come in Central Asia, suggesting that our world is not as new as we want to flatter ourselves by believing.