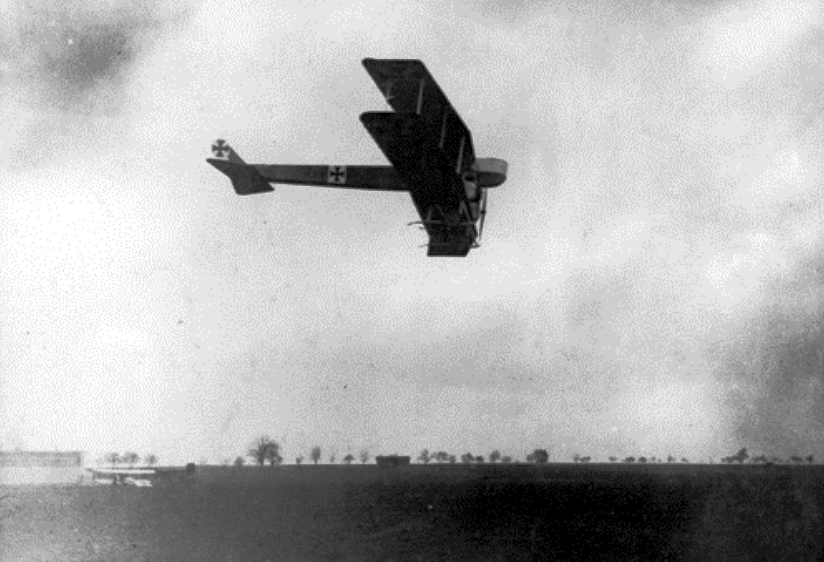 In his 1917 book Uccidiamo la Guerra: Miriamo al Cuore del Nemico (We Kill the War: Aiming at the Heart of the Enemy), Italy’s blind poet and journalist Nino Salvaneschi eloquently expresses the revolutionary new doctrine of strategic air power as an admixture of pacifistic purposes and jingoistic firepower. If you hate war, he posits, then you must want to kill it quickly by making the enemy’s resistance impossible, reaching far behind the static front lines to strike at the heart of the enemy’s war machine.

Fly and burn. Fly and destroy. Fly and kill. And from the death of things and creatures, new life will spring … If an infection takes root in the body of an individual, the surgeon tries to seek out its origin and remove it and the source. And so Europe chooses — if you will permit the comparison — to use aviation as its surgeon and to burn away the germs of the German infection … A lethal rain will fall from the sky, brought by Latin wings. No one will ever condemn us for assassinating war.

Of course, this new theory of conflict also posits that the life of a factory worker is as forfeit as that of a soldier. It is the dawn of the age of total war, when entire societies turn their full energy to the material challenges of industrialized conflict. The defining technology of the modern world, aircraft erase the clean lines of battle, but the challenge is to produce enough planes and pilots to effectively attack the enemy’s strategic resources. Along the way, everyone is inventing their own operational regimes to achieve air superiority in hopes of circumventing a deadlock in the trenches.

The airplane has only existed for twelve years, and combat aviation is only a year old, but all combatants have been engaged in an arms race of tactical and technological development in order to dominate the land from the sky since the war began. Above is an example of the Gotha G.I, a design first flown in January of 1915. Conceived as a kind of ‘aerial battleship,’ it is the first German production aircraft to fit within the specialized role of a ‘bomber,’ but her experimental top-wing design makes her ungainly, and just twenty copies will be constructed, reflecting both the rapid pace of innovation and the relatively small size of the German fixed-wing aircraft industry yet. Distributed among squadrons rather than assembled in force, even these few planes are never seen together in significant numbers.

Today, a flight of four Gothas assembles over occupied France, the largest gathering yet. Their mission is to test French air defenses, probing for Paris in a bid to reignite their fledgling air force’s nuisance raids in the opening weeks of the war. But before the formation is even across the front lines, word of their approach reaches the nearest aerodrome by telephone; antiaircraft crews go on alert, and mobile antiaircraft batteries race to meet them. Deterred from their objective by the intense ground fire, the German pilots drop their bombs on and around Compiègne and Montmorency, doing little strategic damage while inflicting two civilian casualties. Then they split up, losing their ability to support one another with fire and tactics as Allied planes pursue them. Flying a type that will come to be known as the ‘fighter,’ a British pilot attacks one of the retreating Gothas from high altitude, sending it to earth in flames and killing the crew. It is a lesson in just how hard attacking the heart of the enemy from the air really is, after all. 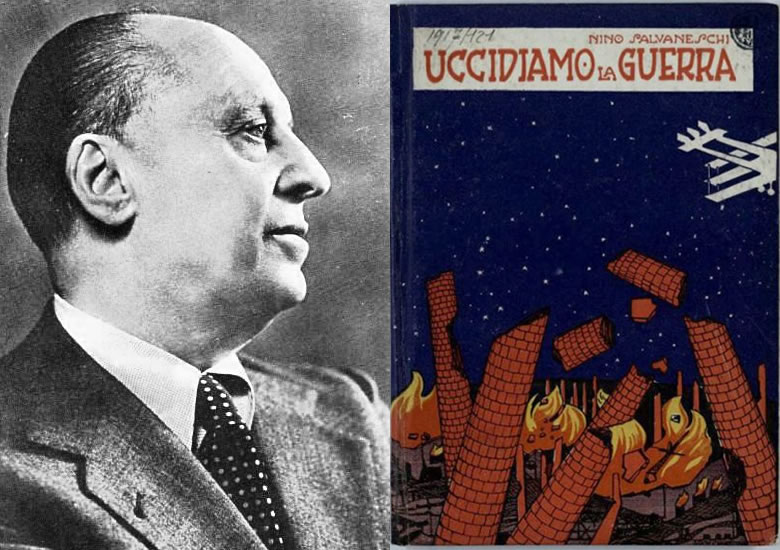 Left: Salvaneschi. Right: the cover of his book, which marks the strong, yet unappreciated role Italy plays in the history of air power

Salvaneschi’s sentiments are echoed by many across Europe. Pilot and future colonial governor Sir Frederick Hugh Sykes argues passionately for a bombing force capable of striking “far, wide, and hard at the enemy’s manufacturing centres, submarine bases, and communications” in his influential autobiography From Many Angles, a sentiment that reflects the opinion of military cadres. Tomorrow, British airmen take part in a joint mission to hit submarine docks at Ostend in occupied Belgium.

The French take great pride in their aviation pioneers, and August has in fact seen France invent strategic bombing as we know it. Responding to the calls of French parliamentarians and military leaders to ‘break the Hun from his rear,’ a much larger, and better, air force has achieved a vastly-higher operational tempo than a year ago. Striking multiple targets in a day, flying sorties as large as eighty-four planes multiple times a week, the campaign has scored some spectacular successes. Two days ago, a French pilot dropped ten bombs on a factory near Mulhouse that was producing chlorine gas, which the Germans have weaponized; yesterday, a squadron struck the electrical plant. Tonight, a French plane will hit a railroad station in the Argonne.

Because of their limited explosive power, these missions do little damage in the larger scheme of war. But they also require tremendous planning, accurate and timely intelligence, and expose men to mortal danger in their fragile machines, making them the prototype of all subsequent bombing missions — especially in terms of losses. For August has also seen the Fokker Eindeckers (monoplanes) appear over the Western Front as well, and as their numbers slowly build within individual squadrons, the skies over Europe have become much more dangerous. Rather than leap over the attrition and carnage of the trenches to pierce the enemy’s heart, the belligerents are merely extending these horrors upwards and outwards. 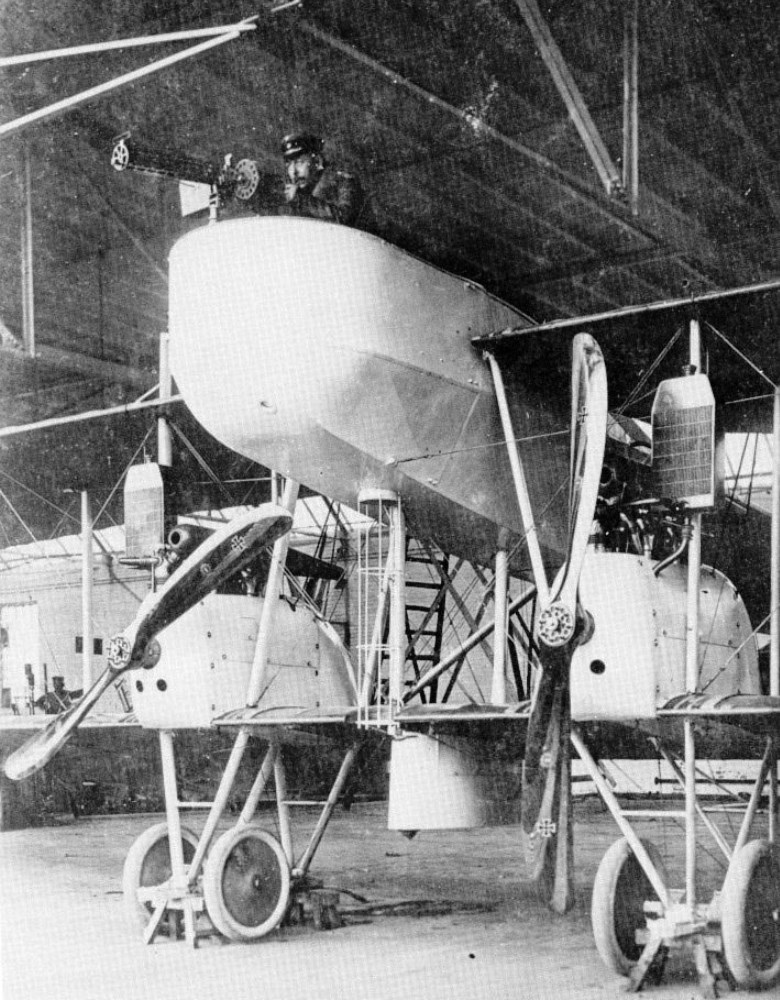 In the Gotha G.I cockpit, the pilot sat behind both front and rear gunners — another design element that will not be repeated