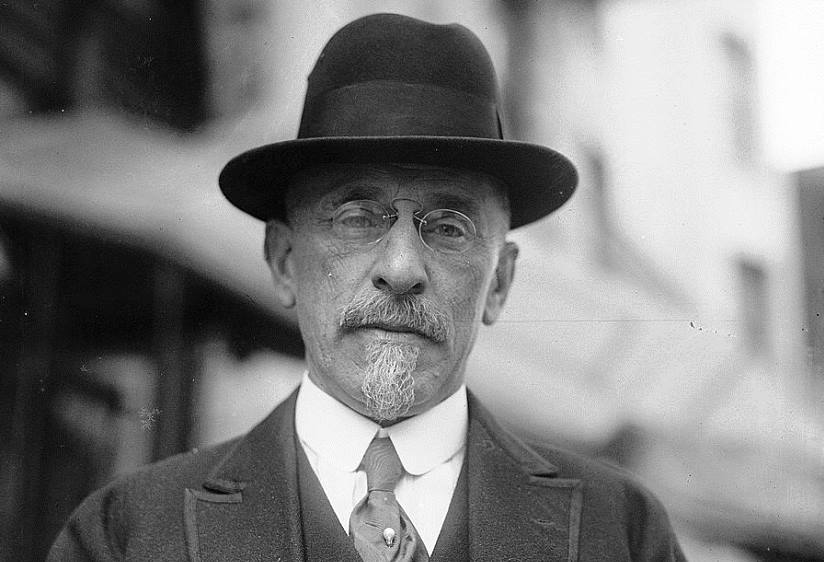 Constantinople’s Armenian community leaders were arrested in April, but now the violence is being extended to the poorest and lowest. Writing in his diary today, US Ambassador Henry Morgenthau records that the campaign of genocide and forced relocation against Armenian populations that has been underway for months in the hinterlands has arrived in the capital at last — and observes the simultaneous chaos being created in the streets by the allies’ disastrous final offensive at Gallipoli, a failure which is emboldening the Turkish government.

Dr. Patrick and Peet called early in the morning. The Armenian servants of their College had been arrested. I put Judelsohn and Schmavonian on it. Bedri promised to leave them alone. But late in the evening I heard that they were to be deported and asked for money. The Weyls had sent word to Josie at the hospital that Mr. Weyl had been arrested and taken to the police station, searched, and then permitted to go. The police investigated the contents of their house from top to bottom, then he was taken to Stamboul where they detained him until 4:00 p.m. and allowed him to go telling him that he would have to leave the country as quickly as possible, and requested him to stay at home and particularly not go and see me. I had offered to help but Weyl thought it best to send his secretary to Talaat. It is undoubtedly best for Weyl to leave the country as the authorities seem determined to get control of the Regie. Nahoum called to tell me that he had been to see Djavid and to condole with me for the new charges put upon me. Dr. Gates called me up and said that they found the new rules very bad but he fears to leave the College on account of the threatened arrests of his servants. He also asked me to intervene on behalf of his Greek teacher, Florides, who had been arrested and charged for Gomidas Institute Armenian Genocide Documentation Project holding a forged passport; and also on behalf of the Armenian who owned 12 cows that gave their milk to the College. Mrs. Egan called very much excited after her luncheon with John Reed who pumped her and got her to tell him about where she got her information on Armenian matters. She says that Reed is a socialist and not to be trusted. I told her I would not let her copy any of our papers or send any of her writings with our assistance. Garroni telegraphed me from Dedeagatch to thank me for all I have done for him. After a five days’ intermission I had a splendid ride. Josie and I supped on the terrace and retired early. They have commenced to arrest Armenians [in Constantinople] confining themselves largely to single men and such as are holding menial jobs. They are beginning from the bottom and intend undoubtedly to do more. They are also arresting children. The more success they have at the Dardanelles, and the Germans in Russia, the more aggressive they seem to become. Dr. Suleyman told Dr. Post to discharge all English and French [medical personnel] at Tash Kishla, that they want none of them to wait on their wounded. He also told him that he would see me about the English and French Hospitals. They evidently intend to destroy those units. They pretend to be greatly annoyed at the way their wounded are treated by the English. They have sent me a strong protest. In the afternoon all the carriages in Pera were used to carry the wounded to the hospitals, a large number must have arrived.

One of our most important primary sources on the Turkish genocide of Armenians a century later, Morgenthau is also one of the few people to glean honest appraisals of these depredations from the Turks themselves. Relating a conversation with an official who indicated that these arrests and atrocities have been ordered by the Committee of Union and Progress itself, Morgenthau leaves no room for false impressions.

Each new method of inflicting pain was hailed as a splendid discovery, and the regular attendants were constantly ransacking their brains in the effort to devise some new torment. He told me that they even delved into the records of the Spanish Inquisition and other historic institutions of torture and adopted all the suggestions found there. He did not tell me who carried off the prize in this gruesome competition, but common reputation through Armenia gave a preeminent infamy to Djevdet Bey, the Vali of Van, whose activities in that section I have already described. All through this country Djevdet was generally known as the “horseshoer of Bashkale” for this connoisseur in torture had invented what was perhaps the masterpiece of all: that of nailing horseshoes to the feet of his Armenian victims.

There have been Ottoman campaigns of mass-murder and rapine before, but this is different. Nor is the genocide aimed exclusively at Armenians, for the Nestorian Christian communities of Syria have also been subject to ethnic cleansing and religious jihad since November, destroying whole towns and dislocating hundreds of thousands of people.

In fact, there is one group coming under increasing pressure from Istanbul who have chilling resonance to further, even more infamous acts of genocide to come in the 20th Century: Jews, mainly those of Russian descent who have emigrated to Palestine with a settler’s dream. Mass expulsions began in December, shortly after the Ottoman declaration of war, and more than twelve thousand refugees have already fled from Palestine to Egypt this year. Thousands more are being forced to labor in Turkish construction projects to prosecute the war in the Sinai. The farmers have been ejected from the Holy Land first, ensuring that thousands of remaining Jewish settlers will starve when their Arab neighbors refuse to sell them food at Turkish instigation. Zionist parties and newspapers are shut down; protesting these oppressive measures, David Ben-Gurion is deported to Alexandria. The experience emboldens him, shaping him into the future leader who will erect a modern state of Israel. At the Gabbari camp, British recruiters will find a very willing cadre of young, male Jews to serve the Empire; they are the first Jewish army in 2,000 years.

Meanwhile, the Jewish Morgenthau persuades President Woodrow Wilson to ship relief supplies to the Jews of Palestine, a generous humanitarian to the last. 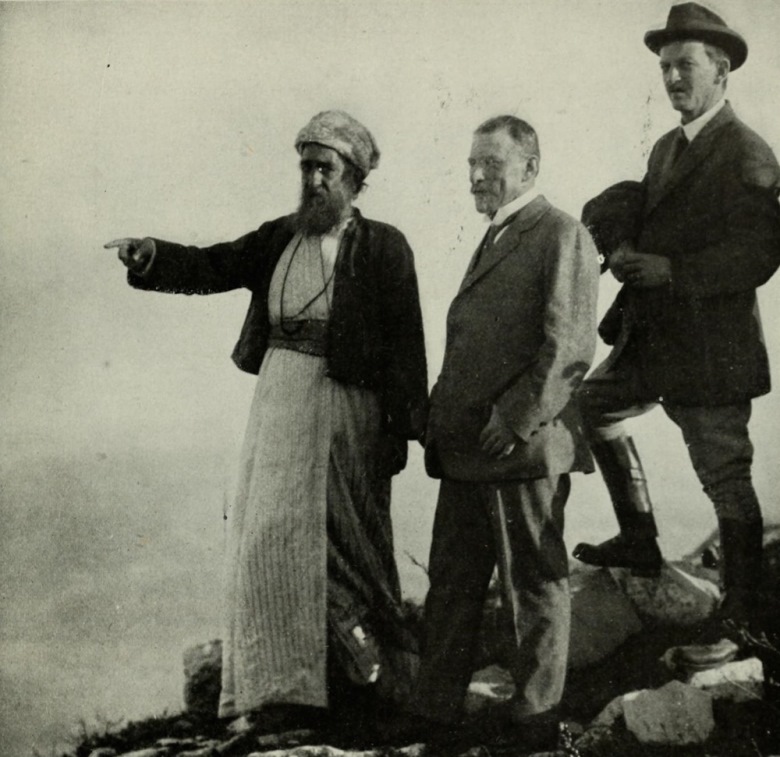 Morgenthau visits Turkish-controlled Palestine in 1916. Armenians are hardly the only minority to suffer under the Ottomans