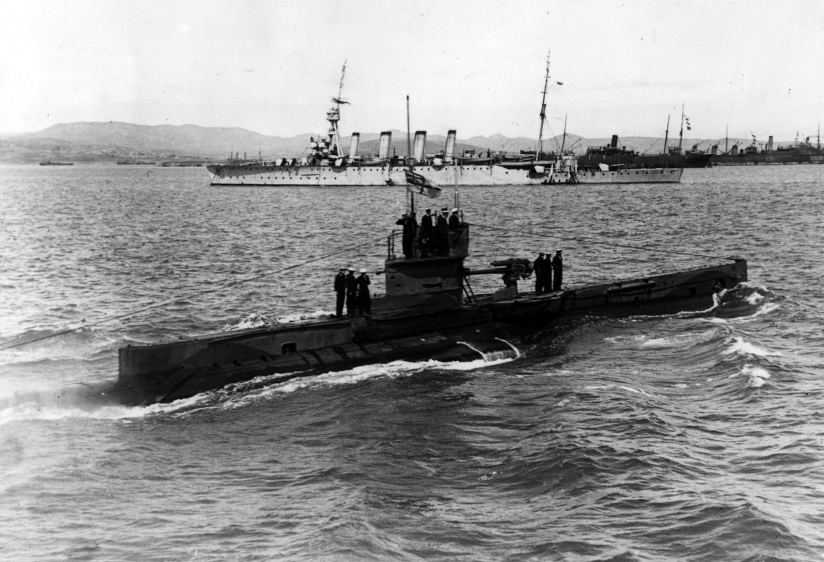 Seen above, the British submarine E11 has been operating in the Sea of Marmara along with her sister ship, the E-14, for the last four days. Both boats have cut a swath of destruction aimed at the beating heart of the Ottoman logistical train since May. Sailing this sortie in concert with the new landing at Suvla Bay, they have already sunk a gunboat and disrupted shoreside supply caravans with shelling, the E11‘s new 12-pounder deck gun being all the more effective, making two passes each before artillery counterfire drove them off. Thanks to their previous depredations, there is hardly any shipping traffic left on the water, forcing all resupply to the Turkish army fighting on the peninsula to take the few rudimentary roads or go six hundred miles out of their way by rail.

Constantinople has lived in terror of the British Navy for months. Riots, a destructive but accidental fire, and a cholera outbreak have rocked the city in spasms of collective dread. If the Gallipoli Peninsula should fall, and the fleet appear off the Golden Horn, then the Ottoman Empire will vanish — and along with it, the dream of a modern Turkey. Proud to the last ship, the Turkish Navy sortied its remaining pre-dreadnought battleship Kheireddin Barbarossa (spellings vary) to assist the defense of Çanakkale yesterday — whereupon she was promptly torpedoed by the E11, going down with more than 250 sailors still aboard. Today, the Sea of Marmara is desolate of any movement, save the waves; beneath them, commander Martin Dunbar-Nasmith motors east towards the embattled city, where in one week he will sink a dockside collier, the Ispahan, just made ready to unload its cargo for a city already critically short of heating and industrial power. Worried by the detonation, Admiral William Souchon parks his reflagged German cruisers on safer moorings.

These are improvisational times. Nasmith’s lieutenant, a strong swimmer named D’Oyly Hughes, even conducts an early frogman operation in the wee hours of August 21st, swimming in uniform to the shore with a specially-constructed raft full of explosives on a daring mission to destroy the Constantinople-to-Baghdad railway line. Incredibly, the plan works even with soldiers in the vicinity, doing enough damage to close the line for repairs while putting Hughes through his paces to make a getaway. Equipped with a bayonet, a pistol, and a whistle, he eventually uses and loses all three in a daring escape — and is recovered by Nasmith and his shipmates exhausted, near drowning, as dawn makes the area untenable for the E11. A second attempt at a similar mission will end with Hughes missing at sea, fate unknown, to earn a posthumous Distinguished Service Order.

For their sacrifices and successes do not go unnoticed. General Sir Ian Hamilton has taken courage from submarine victories before, and once again radio reports of apparent progress in the Sea of Marmara lead him to believe victory remains within reach. Despite the disruption and destruction, however, things are just not going well where it matters most, and Hamilton is breaking his army against a superior foe. British troops fighting near Tekke Tepe today get within reach of the mountain peak only to fall back with heavy casualties. It is as close as they will ever get. 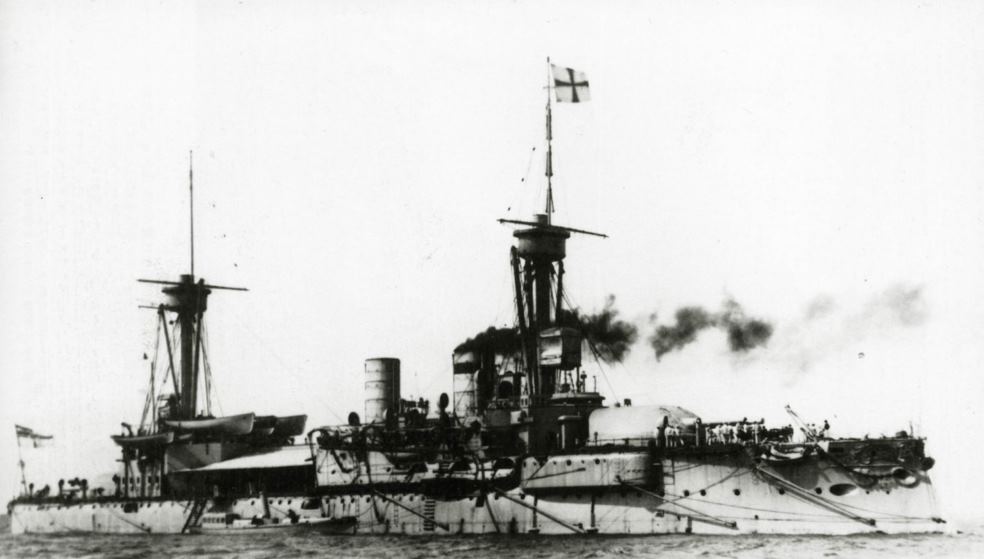 Seen here serving the Kaiser as the SMS Kurfürst Friedrich Wilhelm, the Hayreddin Barbarossa was a 20 year-old warship gifted to the Sublime Porte in 1910 and renamed for the 16th Century admiral who led the Ottoman Empire’s golden age as a naval power

Surrounded by enemies, the nascent Turkish state is attacking in all directions. With mounted Kurdish allies once again serving as cavalry, Turkish troops are advancing into the besieged city of Van today, and attacking Russian troops at Oltu, just fifty miles from Sarikamish. More than a quarter million Armenians are leaving the combat zone today, all refugees who know better than to expect quarter within the Ottoman dominions now being evacuated by Russian troops. It is hot in August, but winter is inevitable, and the uprooted often have little more than the clothes they wear. Three days from today, the Armenian newspaper Horizon quotes the president of the National Committee of Tiflis, a city in Russian Transcaucasia:

The road from Igdir to Etchmiadzin (about 30 kilometers) is choked with groups of sick and destitute refugees. They have now waited there several days exposed to the full heat of the sun, although they have passes authorizing them to proceed to Etchmiadzin. There is urgent need for a special body of workers to organize and forward these refugees.

Today, the new railroad between Jerusalem and Beersheba is reported to be open for traffic, improving Turkish resupply efforts for the war in the Sinai, where German-backed Turkish regiments are fighting a war of patrols and harassing raids with troops of the British Empire in hopes of threatening the Suez Canal. Turkish officers of the Teşkilat-ı Mahsusa (Special Organization) have raised the Senussi believers of Libya to jihad against Italy, and today the Italian embassy is burning documents and evacuating staff in anticipation of a declaration of war. The Three Pashas have surged again, and against all the odds they are now within reach of a world-shaking victory.

The day after Hughes’s brave swim, the E-11 evades a destroyer and sinks two boats by gunfire, capturing a German bank manager with funds for Chanak Bank in the process. Nasmith’s crew will also shell the railway station and viaduct, but these sensational coups are still not enough to change the results of Hamilton’s folly. The Turkish Navy is completely annihilated in the course of the war, but that doesn’t kill the dream inspired by Barbarossa’s name.