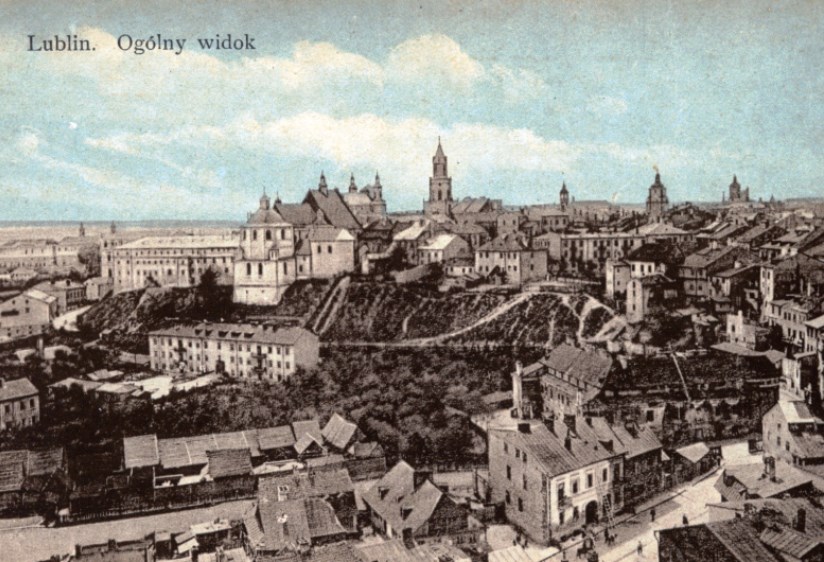 On the one-year anniversary of the first shots fired in the Great War, Russia has not overwhelmed their enemies as the world expected. The only member of the Quadruple Alliance forced to divide their forces against all three belligerents of the Central Powers, the Russian Army has found itself unexpectedly overextended and even outnumbered. The situation is especially critical in the great west-pointing bulge around Warsaw, the capital of Russian Poland. Surrounded on three sides, the defense of this salient has become untenable in the last twenty-four hours as General Remus von Woyrsch’s Silesian reserve army cut across the Lyublin-Kholm railroad linking the city to the Ivangorod fortress that was built to protect it.

In the last 24 hours, desperate Russian attempts to push back against the northern and southern pincers clamping down on Warsaw, including a night attack near Gora-Kalvaria, have all failed. Defending the city, Novogeorgievsk Fortress is also being enclosed in iron day by day. Field Marshall August von Mackensen’s army group, which sliced through Galicia like a dagger from west to east and south, has now turned to attack north, and today they begin a methodical assault on the Russian line west of the Wieprz River.

The operation begins with another massive bombardment, for Mackensen has always insisted on waiting for proper artillery support. Flanked on their right by the Austro-Hungarian force under Eduard Freiherr von Böhm-Ermolli and on the left by the army group commanded by Archduke Joseph Ferdinand, XI Army fights towards the city of Chelm. Supporting Mackensen’s XI Army, General Otto von Emmich’s IV Army presses through the seven layers of Russian wire, making the hardest advance of the day. By the evening, the attack has cut the Warsaw-Kiev Railway at Biskupice, halfway between Cholm and Lublin (see above), shoving the Russians back between the Vistula and Bug rivers. By the end of the day, Warsaw is almost surrounded and no longer defensible. 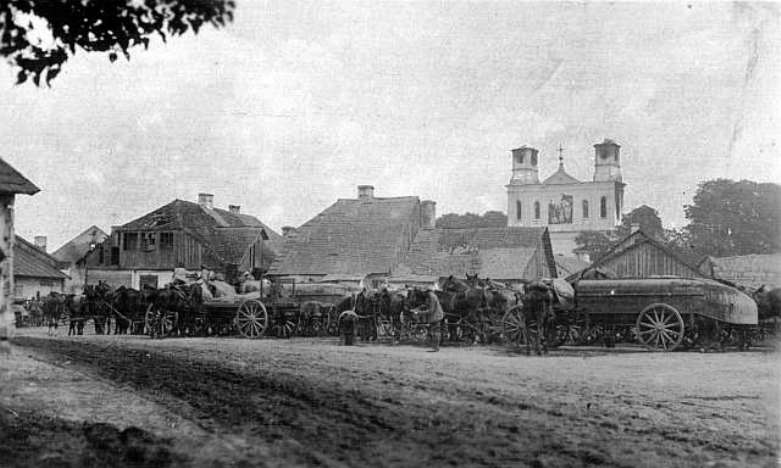 The city of Biskupice (literally, ‘bishop’s people’) occupied by Austro-German forces in 1915

Newspaper reports still hold out hope for Warsaw withstanding a siege this morning, but by the evening sources in Petrograd are saying that the capital of Poland and the fortresses around it must be abandoned. One New York Times correspondent sums up the situation thusly:

Shall Russia settle down to a war of position in her vast fortifications around Warsaw, or shall she continue to barter space against time, withdrawing from the line of the Vistula and points on it of both strategic and political importance, in order to gain the time which Germany has already stored in the form of inexhaustible gun munitions?

In fact, Germany is experiencing just as many production challenges as Russia, but enjoys much better logistics and operational planning, creating the illusion of limitless shell supplies among a demoralized force that increasingly finds itself badly outgunned. The difference is decisive: tomorrow afternoon, two of the Archduke’s cavalry corps ride into Lublin without opposition, and IV Army’s five assaults tomorrow night succeed in breaking the Russian line before them — all because of adequate artillery support. Opposite Mackensen’s force, the Siberian II Corps is shattered by the bombardment, and a British observer notes that the Russian trenches are utterly inadequate to withstand such a barrage.

Russia’s official press communique tomorrow acknowledges the looming defeat. The Germans and Austrians are advancing into the Polish salient from all sides, with Field Marshall Martin Wilhelm Remus von Woyrsch’s army group already crossing the Vistula River and its Radomka tributary. By the 1st of August, two entire German corps are on the eastern side of it, and Ivangorod fortress is threatened from all directions. It is only a matter of time now. 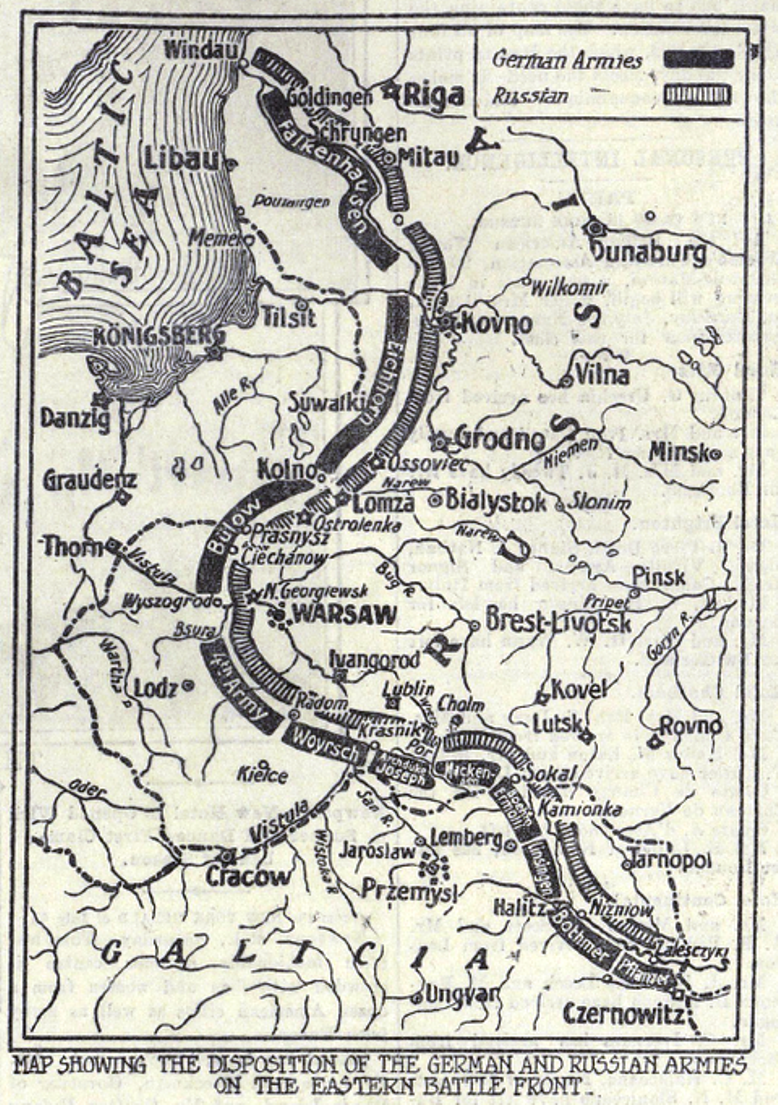 A contemporary New York Times map of the Polish salient in collapse, with army groups marked by commanders’ names