In 1903, when the Russian Social-Democratic Labor Party convened to discuss plans for the destruction of tsarist monarchy in the safety of a western setting, the contentious group split into two factions that still define Russian socialism in 1915. Rather than quarrel over ideological bulletins, the Mensheviks want to work with Russian liberals and avoid mass violence; the Bolsheviks are revolutionaries who prefer a smaller party that marches in lockstep. Leon Trotsky, a Menshevik who will eventually die opposing Stalinism, reportedly told Vladimir Lenin during the conference “That’s dictatorship you’re advocating,” to which the future Bolshevik dictator replied: “There is no other way.”

Reflecting a sinister trend, in the twelve years since Lenin split with the Mensheviks in a bitter power struggle for the party newspaper, the Tsar’s Okhrana (secret police) have systematically entrapped, infiltrated, imprisoned or deported all the radicals they could, sending most of them into the Arctic and the eastern expanses of Asia beyond the Ural Mountains as internal exiles. Indeed, today Lenin lives in Switzerland as an exile, occasionally holding court with those in the international socialist movement who oppose the Great War. But the Bolsheviks only seem disconnected from power in Russia, for today they make an impressive demonstration of strength in the heart of Petrograd. 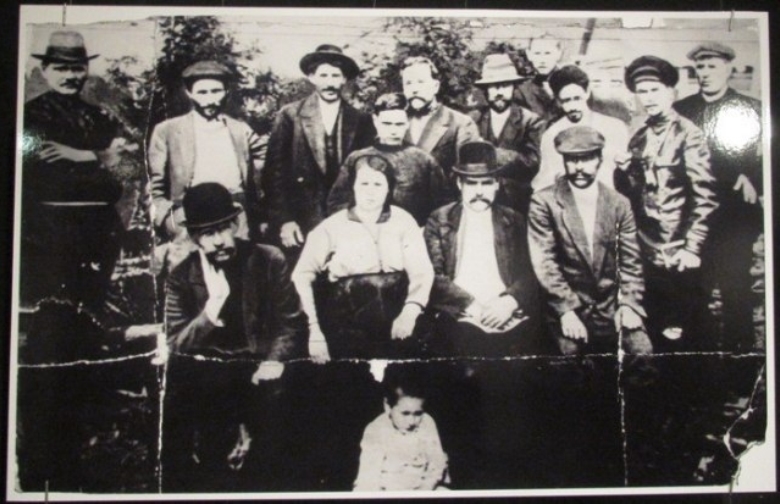 A 1915 photo of Bolshevik exiles on the Arctic Circle. Joseph Stalin stands back row, third from left; the boy in front is his future torture expert, while a total of six people will vanish from revised versions of this picture due to Stalin’s purges in the 1930s

Created this May, the War Industries Committees are an attempt to enlist factory labor organizers into the war effort. Chaired by Alexander Guchkov, the liberal Octobrist leader in the Duma, the initiative has brought together the leading men of Russian industry and capital in an effort to grapple with production shortages that plague the Russian Army. But a worker delegates meeting held today in Petrograd goes disastrously wrong when Bolshevik attendees move for boycott and revolution instead of greater shell production, winning the resulting vote over the Mensheviks 95-81. In his Several Theses published next month, the effect of Lenin’s own policy is revealed.

While Guchkov and his fellow liberal reformers will hold a second election — this time without Bolshevik participation — in October, any momentum for greater democratic participation has been successfully stymied. Meanwhile, the Tsar has prorogued the Duma, further limiting Guchkov’s power to affect production problems even as the autocrat’s departure for the front has left a power vacuum in the royal court that is being filled by the mad monk Rasputin. During 1916, ham-handed edicts will prioritize chemical and metal industries for coal, imported machine tools, and wages, vastly favoring these sectors at great public expense without delivering greater production in return. In fact, worker productivity drops and the Russian economy begins to collapse under inflationary pressures, for the best-paid worker will only earn double what they made in 1914 while prices for everything have tripled in the same time.

In short, Russia is quickly becoming a good place for revolutionaries. 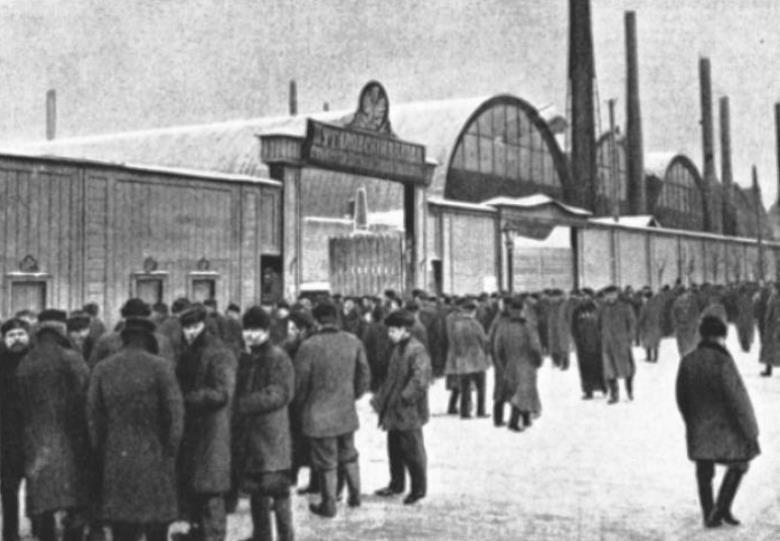 Workers at the Putilov iron works in 1917, when the location established by Peter the Great was nationalized by communists

Moreover, the connections which will eventually bring the Germans to send Lenin into Russia on a sealed train one day have already been made. Arthur Zimmermann, an Undersecretary of State at the Foreign Office in Wilhelmstrasse, Berlin, has promoted the idea of bringing Russia to a separate peace — and thus breaking their alliance with Britain and France — by means of fomenting internal revolution. In May, he met with an old friend and competitor of Lenin, Alexander Lvovich Parvus, who made the Swiss-bound exile the linchpin of his proposed plan for insurrection and then met with him in Bern shortly thereafter.

Lenin also has the endorsement of Estonian Bolshevik Alexander Kesküla, another Foreign Office recruit, who strongly recommends this month that Berlin shift their support away from the Mensheviks to the Bolsheviks — and then, like Parvus, discretely launders money to Lenin’s movement, in his case by way of party subscriptions in false names. Both Kesküla and Parvus provide Lenin with the means to smuggle his communications into Russia.

Despite a period of shattered credibility when Parvus’s expensive plans for labor strikes in Petrograd have little impact during January, and disagreements over how much German money he actually shared with Lenin, and even arm’s-length public treatment by the would-be dictator of the proletariat, Parvus is key to the conspiracy. He will be closely involved in the discussions which lead to Lenin’s homecoming, and makes Lenin’s trusted confidante Jacob Fürstenberg president of the company he uses to trade and communicate with Russia through neutral Sweden, providing commercial cover to his espionage activities.

With all the pieces in place, Lenin is only biding his time until the conditions for revolution are ripe. 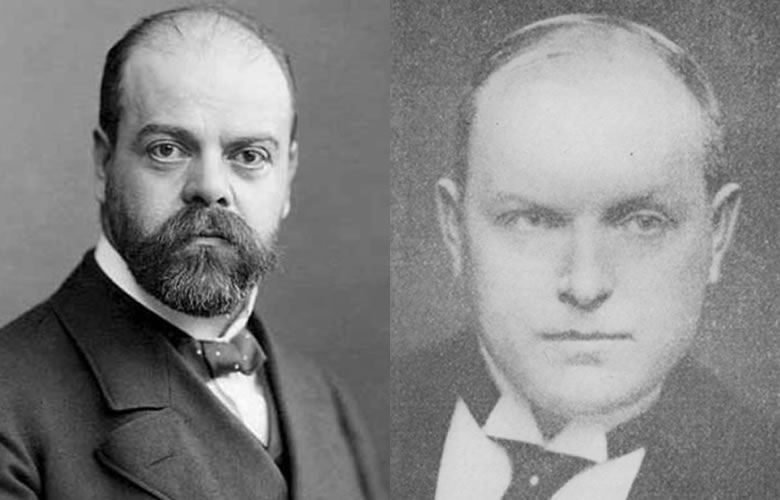 Left: Alexander Lvovich Parvus aka Helphand, whose ties with the international socialist movement suffered for his success as a millionaire entrepreneur. Right: Estonian revolutionary Alexander Kesküla, whose motives were nationalist, not just ideological