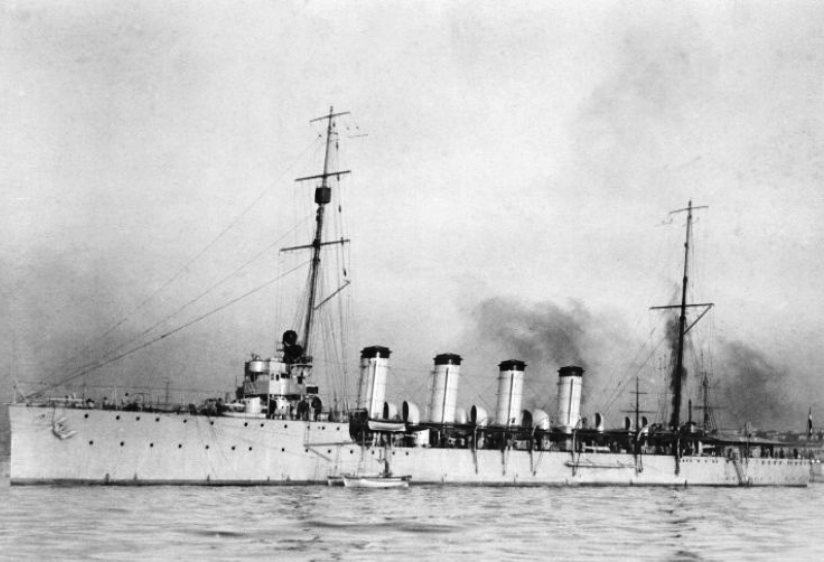 Seen above, the SMS Admiral Spaun was built to provide the Austro-Hungarian Navy with a light, fast patrol cruiser, so her ten-centimeter guns are too puny for a stand-up brawl but fine for littoral raiding. Reported as putting to sea on July 15th, today she reappears off the coast of Italy about halfway between the port of Ancona and the ‘spur’ of the Italian boot accompanied by four destroyers. The flotilla targets the coastal railway, Italy’s most important logistical vein, at the city of Ortona, causing little real damage but killing two civilians.

Sailing on to Termoli, the task force fires again at shore targets before swinging out for the Tremiti Islands in the Adriatic Sea, where a final burst of gunnery marks the end of Admiral Spaun‘s daylong mission. There is deep irony in the attack, for many Libyans were forcibly relocated to a camp in the Tremiti Islands during the Italo-Turkish War of 1911, and on this same day two Italian garrisons near Tripoli are under attack by Senussite insurgents led by German and Ottoman agents. The blood-price of Libyans killed by starvation and exposure back then has been paid by the slaughter of Italian columns since April, and today brings the most brazen and dangerous attack yet on Rome’s North African colony.

Meanwhile, Austro-Hungarian airplanes raid Bari fifty miles further south, at the top of the Italian ‘heel.’ Ground fire reportedly brings down one aircraft, and damage is minimal, but the incident marks another escalation in the burgeoning air-sea battle on the Adriatic rim. Indeed, just last night a flight of airships bombed the railway about halfway between Trieste and Monfalcone, underlining the strategic visions at work in these operations. If the combatants could only scale up their squadrons, these efforts might have real impact.

Instead, neither side accomplishes much this way. On the 28th, the Admiral Spaun attempts to support an amphibious landing on the Italian-held island of Palagruža, which lies about halfway between the Italian ‘spur’ and the Dalmatian archipelago of modern-day Croatia. By the time the Italian Navy responds to the incursion, the amphibious assault has been beaten off at the cost of just two casualties, and the Austrian flotilla has been gone for hours, having been last seen chasing after a French submarine. 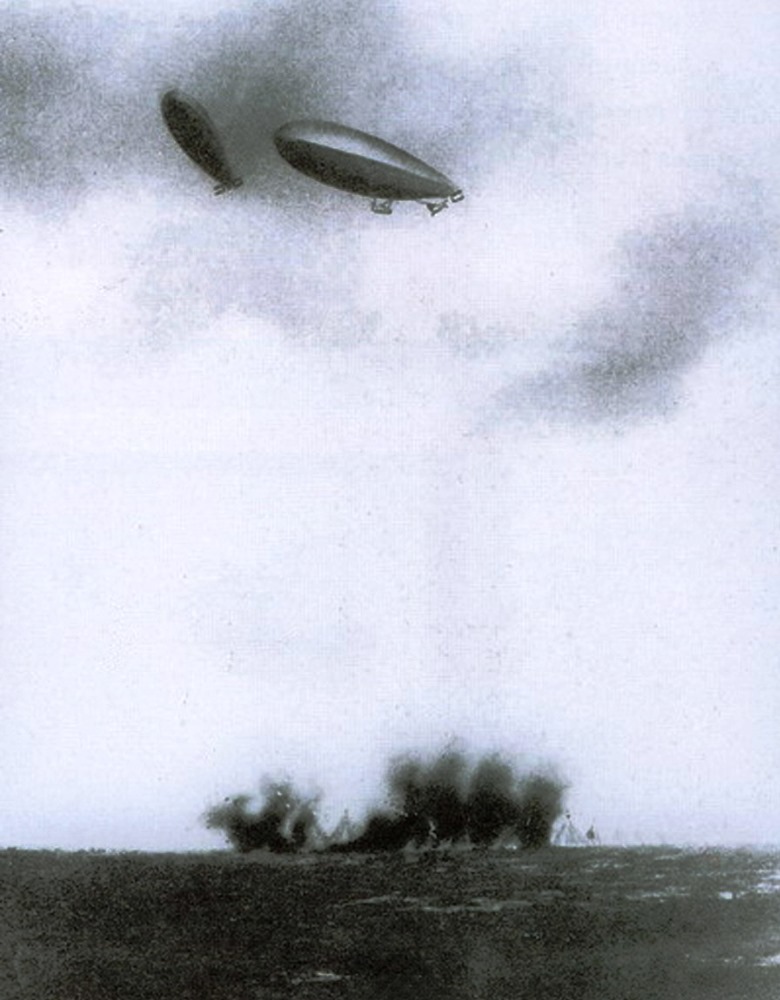 A pair of Italian dirigibles dropping bombs during the 1911 war with Turkey, when Italy pioneered military aviation

Italian Alpinis are advancing today along Lužnica Ridge in the Julian Alps, claiming one of the few victories achieved during the Second Battle of the Isonzo. Further to the south, the Italian Army has crested on top of the Carso Plateau, capturing 1,500 Austro-Hungarian soldiers but losing the position to a later counterattack. Press reports speak glowingly of the pending conquest of Gorizia as if it was a sure thing, but the Italian Army will fail to fulfill these public boasts. Instead, the ‘wastage’ of Italian soldiery in these futile frontal assaults compounds the Italian problem elsewhere in its empire, for in withdrawing the best units and weapons from their North African conquests, the Italian Army has not helped its cause in Europe one bit. 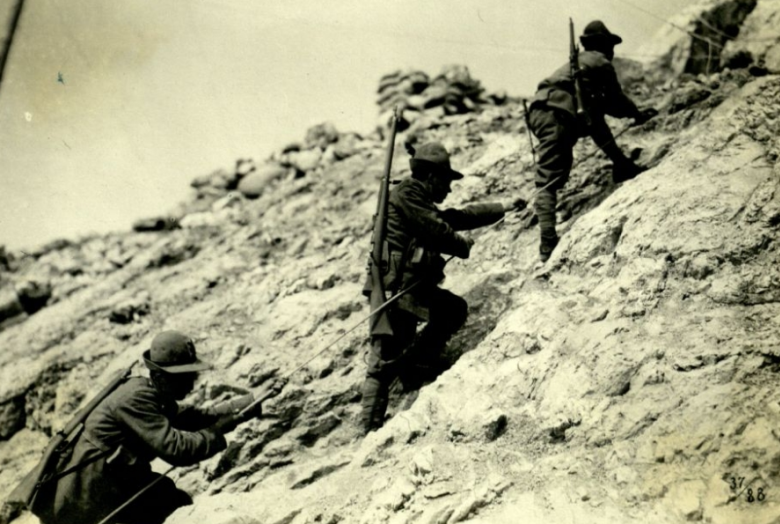 Elite Italian Alpinis climb a steep slope during the fighting of 1915, sorely missed in the Libyan colony they once conquered