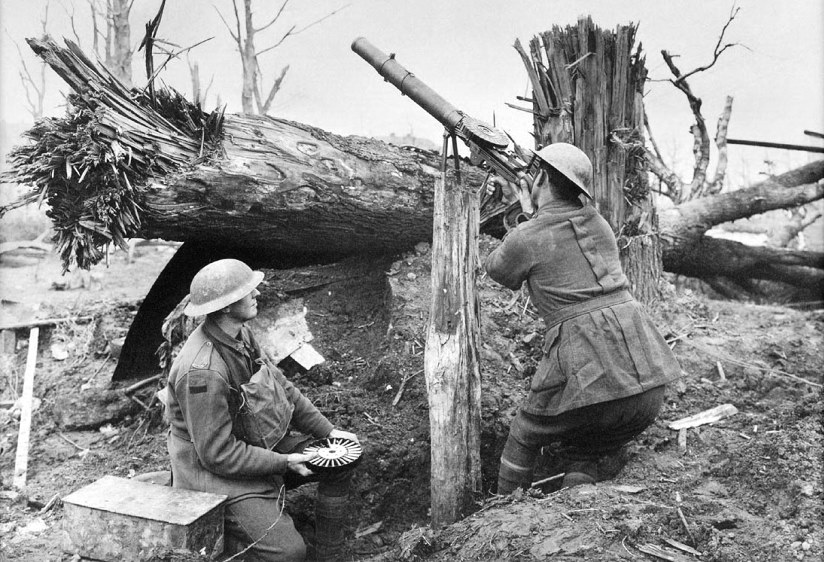 The Great War is certainly not the bloodiest in modern history. In 1915, that dubious prize goes to the Taiping Rebellion in China a half-century beforehand, which claimed twice as many dead civilians and combatants by all causes. In fact, the First World War claims a smaller percentage of European populations than the 17th Century Wars of Religion, the conflict that ended with the Peace of Westphalia, creating the nation-state system as we still know it.

Shorter than many other conflicts even if we include its prequels in the Balkan Wars, ‘World War One’ is nevertheless different for two major reasons. First is its global scale, with battles and actions fought in China, Central Asia, the Pacific, and all over Africa, although the vast majority of fighting takes place within the bounds of the European continent. Second is the protracted nature of the fighting, which is characterized by trenches and barbed wire, for no human conflict has ever gone on for so long with the two armies in such close proximity. It is in fact a rather long and large siege, and as exemplified in the above photograph, air power has merely extended the war of attrition into a third dimension. 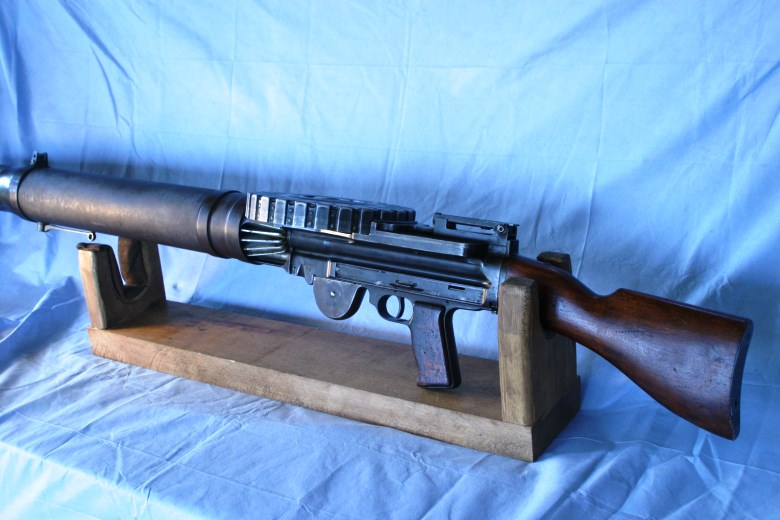 A new generation of automatic fire: the Mark I Lewis Gun with 47-round pan magazine on top

To solve the unique challenges of the Great War’s battlefields, the belligerent states are bringing ever-larger scales of production to bear in search of a mass breakthrough. In addition to Kitchener’s New army, which is the largest single wartime induction of civilians in British history, the factories of Great Britain have been turning out ever-greater numbers of heavy artillery and grenades to blast enemy defenses and then assault them with infantry.

Today, the first Lewis Guns arrive in line divisions, finally answering a call that British soldiers have raised for more than a year. Reflecting his hidebound views, War Minister Lord Kitchener had set a standard of four machine guns per infantry battalion, a number that has proven woefully inadequate. Having assumed control of the munitions portfolio, David Lloyd George has attacked the problem with zeal: “Take Kitchener’s maximum; square it, multiply that result by two; and when you are in sight of that, double it again for good luck.” The arrival of the Lewis Gun reflects his new procurement priorities. 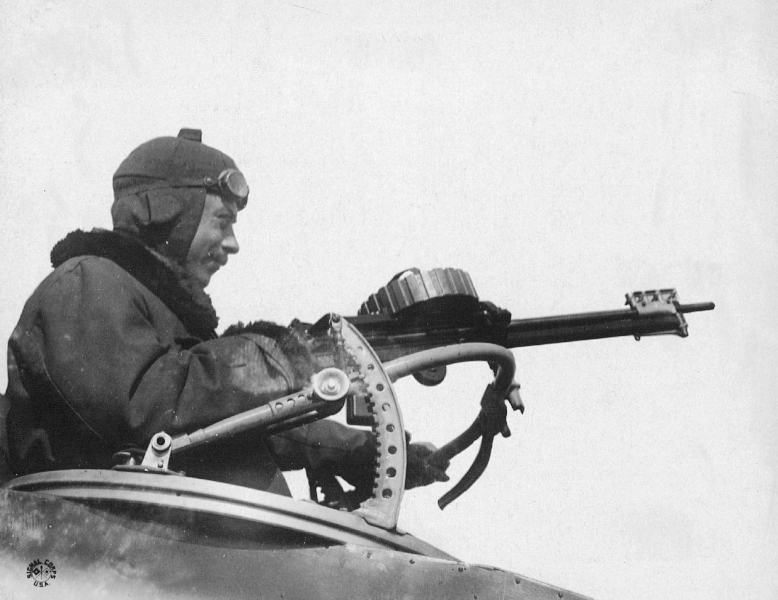 Stripped of its cooling jacket and wooden stock, the Mark 2 Lewis Gun also serves as an air combat mainstay for the rest of the war

Far simpler to manufacture than the Vickers machine gun, the Lewis Gun can be produced in numbers six times as large using the exact same number of man-hours of labor. Fifty inches long and twenty-six pounds unloaded, it is certainly at the heavy end of the range of ‘light’ machine guns, but is nevertheless revolutionary in that it needs no gun carriage, but can be carried and fired by an upright soldier during the advance, providing the suppressive fire against enemy strong points that has so far been sorely lacking in the British inventory. Somewhat prone to jamming, it is nevertheless adaptable to all sorts of mission profiles.

The Lewis Gun is first mounted on an aircraft in November. With the heavy cooling jacket removed and the wooden stock replaced by a metal spadeform, freezing lubricant is the only technical problem, and easily solved. By popular demand, a new 97-count drum magazine will also be produced in the new year for this ‘Mark 2’ variant.

Ultimately used by at least twenty-seven nations, the Lewis Gun will serve for most of the 20th Century in various forms and updates, fighting in wars that are very unlike this one.