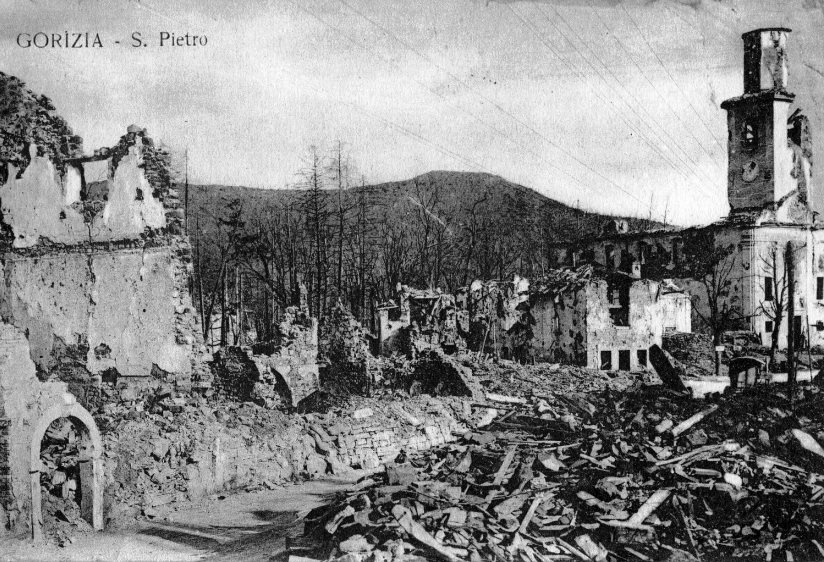 Above: damage to Šempeter-Vrtojba, a suburb of Gorizia that is now located within Slovenia.

Swollen by record rains during the years of conflict, the river that Slovenes now call the Soča, but which is known in 1915 as the Isonzo, marks a sixty mile-long, ten mile-deep battlefield that has just hosted the first of twelve great battles to take place here during the Great War. This first great Italian attack, launched all along its length from the Alps to the Adriatic Sea, has been decisively repulsed. Assaults on the Carso Plateau have been shoved back onto the approaching rise known to Austrians as the Doberdò, with the Italians making no gain of more than a few hundred feet at any point. Able to observe the enemy preparations from their heights on the far bank of the Isonzo, endure the Italian bombardment in their well-prepared fortifications, and meet every massed infantry attack with devastating fields of fire, the 5th Army has held out against the odds.

Italian troops were able to reach the outer suburbs of Gorizia two days ago; it was the farthest advance of the entire offensive, but it ended with the 17th Honvéd Regiment, a veteran of bloody battles in the Carpathians, shoving the inexperienced men of the X Corps back from their starting positions as the 5th Mountain Brigade reclaimed the fortified outer suburb of Redipuglia under the aggressive leadership of Major General Géza Lukachich von Somorja. A last, fitful Italian attack was beaten off yesterday, leaving the ‘City of Violets’ and all its environs securely in Austrian hands. Today, silence reigns; by the afternoon, it is clear that neither side is in the mood to attack. 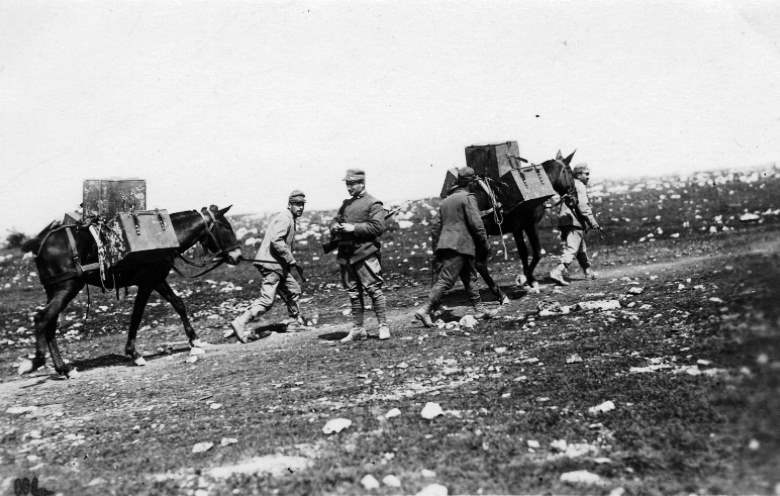 Fighting uphill: Italian soldiers move ammunition by mule. From the Bologna Civic Museum of the Risorgimento

Generalfeldmarschall Svetozar Boroević has given the Imperial and Royal Army (KUK) a rare victory, but his men are exhausted, and the flow of replacements includes too many young faces for such a meat-grinder of a campaign. Boroević is a fine defensive theorist, yet his policy of surrendering no important position to the enemy results in high casualties. What was supposed to be a ‘walk to Vienna’ has been an unmitigated disaster for Rome, and now the Italian war machine grinds to a halt as a severe shortage of artillery ammunition prevents any major operations.

Tellingly, the architect of this travesty, Field Marshall Luigi Cadorna, is not here to witness the inescapable lull. He is in Chantilly, France, attending a meeting of allied military commands whose principal achievement is a cooperative effort to fix Russian ammunition shortages. Upon learning that this day has gone by without a renewed attack, Cadorna immediately blames his subordinates and issues orders to renew the offensive in eleven days, virtually duplicating his results. It is to be a familiar pattern of behavior from an unimaginative general. 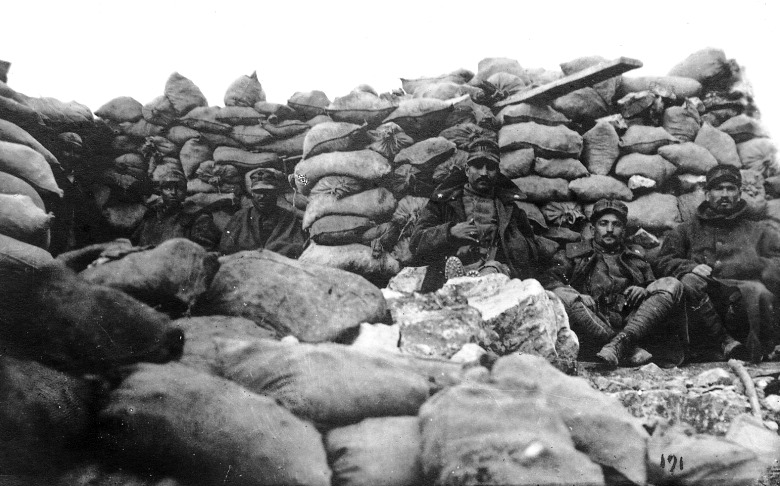 A replication of the Western Front: Italians in their trenches on the Isonzo in 1915. Bologna Civic Museum of the Risorgimento

Most of the civilian population had already been evacuated from the low, flat lands on the Italian side of the Isonzo before the Italians crossed the Tagliamento River in May, and few remained behind as the Austro-Hungarian armies backed up onto the heights overlooking the Isonzo. While some of the Italian-speaking villages near the prewar border have flown flags and cheered enthusiastically, Italian soldiers soon discovered that most people living in this battle zone are Slovenes, and they are not so enthusiastic about their ‘liberation’ as the Italians had been led to expect by their jingoes and warmongers. Indeed, the realization slowly begins to sink in among the Italian troops that the fight here will be long and miserable, not quick and glorious after all. 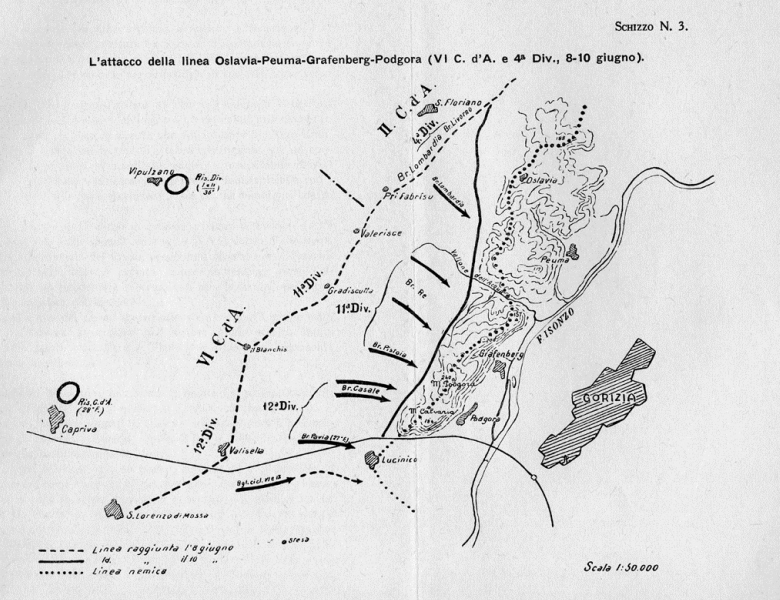