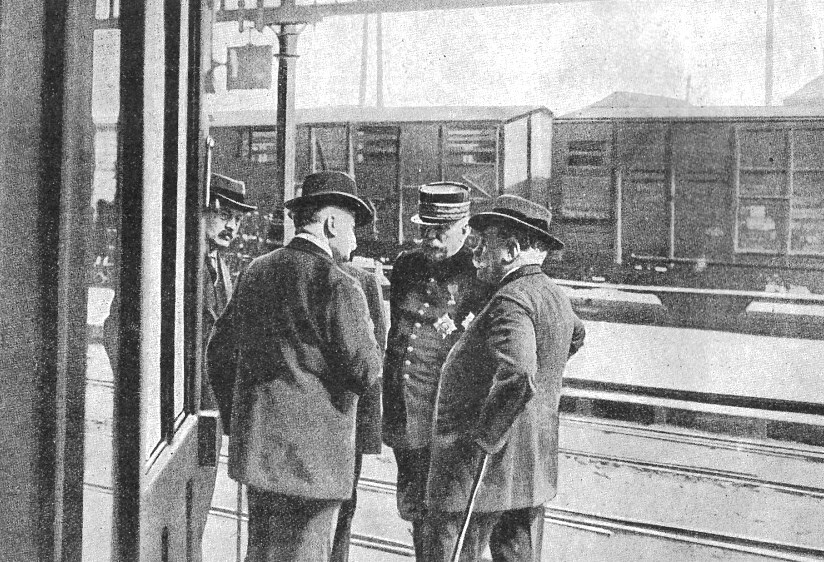 Today, British Prime Minister Henry Asquith and French Prime Minister René Viviani meet in Calais to discuss intergovernmental cooperation for the war effort. Tomorrow, French commander-in-chief Joseph Joffre and British Minister of War Herbert Kitchener hold a conference of allied military commands at Chantilly to mirror the Calais meeting. Incredibly, these are the first high-level meetings of political and military leaders since the war began eleven months ago. The second half of the year will see more such attempts to better-coordinate the alliance, yet until 1917, these efforts are partial and insufficient, replying overmuch on liaison officers and periodic formal discussions rather than full-time organization and constant communication.

Despite improvements to the tattered cross-Channel relationship, mutual distrust has continued. “Truly, I don’t want to be allied with the French more than once in a lifetime,” Sir John French, the British Expeditionary Force commander, is reputed to have said. Indeed, British Minister of Munitions David Lloyd George has achieved only mixed success with cross-channel meetings, and has come to understand the more halting efforts as mere diplomatic papering-over of vast policy differences, and we can see that today in the private consultation of Joffre and Kitchener.

Speaking from a platform decided in cabinet three days ago, Kitchener promises to send his new armies to the Western Front to relieve French divisions in the line, but asks Joffre to hold off on major offensives until 1916, and indicates the British Army will only undertake very limited offensive action until a new generation of heavy artillery and other weapons can be manufactured and delivered to the front. Already shifting to the calculus of attrition from prewar French Army doctrines which emphasize the mass infantry attack, Joffre seems to be on the verge of agreeing with Kitchener tomorrow morning when the formal conference begins, interrupting their discussion. 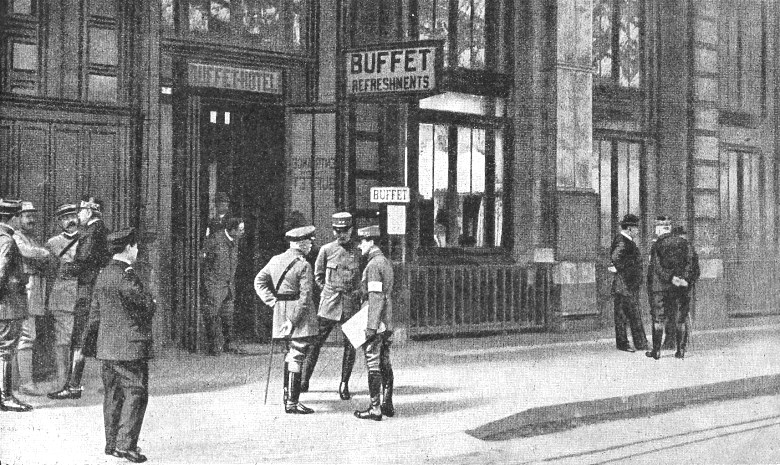 A break during the inter-allied conference. Sir John French with French officers at center, Joffre with allied navy ministers at right

The event is badly organized, with no agenda prepared in advance, no notes taken, and no real decisions reached. Joffre presses Britain and Russia to keep France ‘in the loop’ with their offensive plans so that attacks can be simultaneous, giving the German General Staff no respite, or an opportunity to shift reserves from one sector or front to another. It is merely a general consultation that changes little and achieves less, for no major policy shifts occur as a result of it.

A second conference at Chantilly in December is somewhat more specific, as it starts with clear goals and ends in a mutual agreement to launch major offensives should any member of the alliance be under severe pressure by the Central Powers. But by then, all the allied national military commands will have been shaken up by domestic political turmoil over the great defeats of 1915. In fact, by the time France and Britain achieve the breakthrough innovation of a unified strategic vision for victory by aggregate material effort, Russia will already have suffered collapse and revolution.

We are used to thinking of the Great War as a conflict characterized by ineptitude, but we seldom realize that this is even more true off the battlefield than on it. Put another way, the military men conducting the war are not incompetent soldiers, or even incompetent generals, but they serve nations that have never known such an alliance in all their long history. Language is still proving a barrier to communication as aides fail to give translators adequate time to interpret statements. The political and diplomatic failings which created the conflict in the first place are mirrored by the political and diplomatic failures which are still taking place even while the guns roar. Altogether, it is really quite amazing that the British-French alliance ever does actually work, and it takes equally long for these ancient enemies to figure out how to win the war. 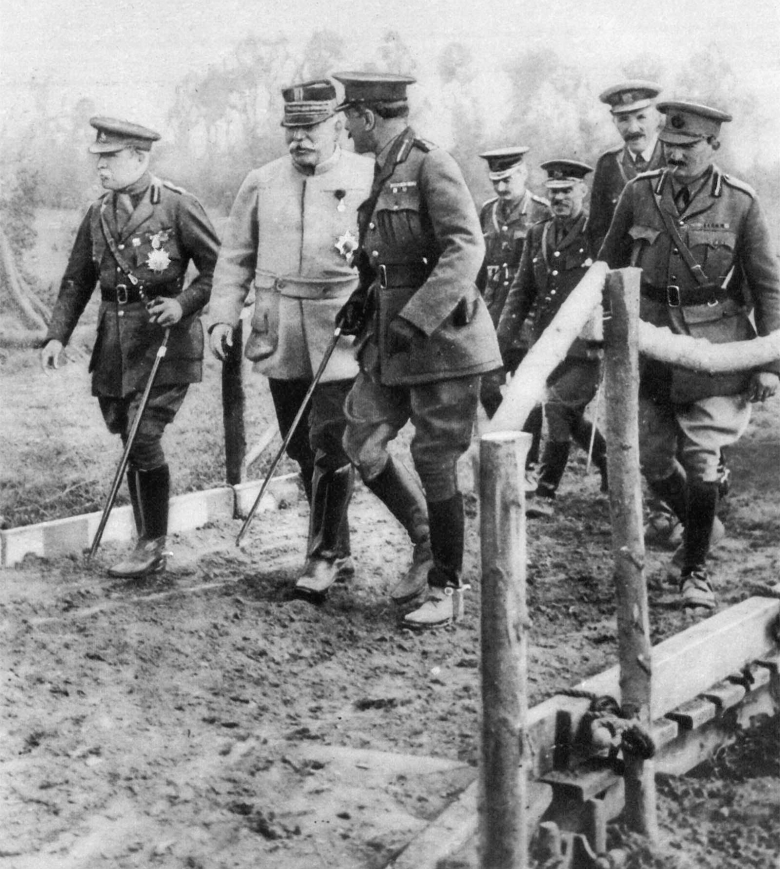 A candid moment? French ignores Joffre and Sir Douglas Haig during a tour of the front. French will be the first to go