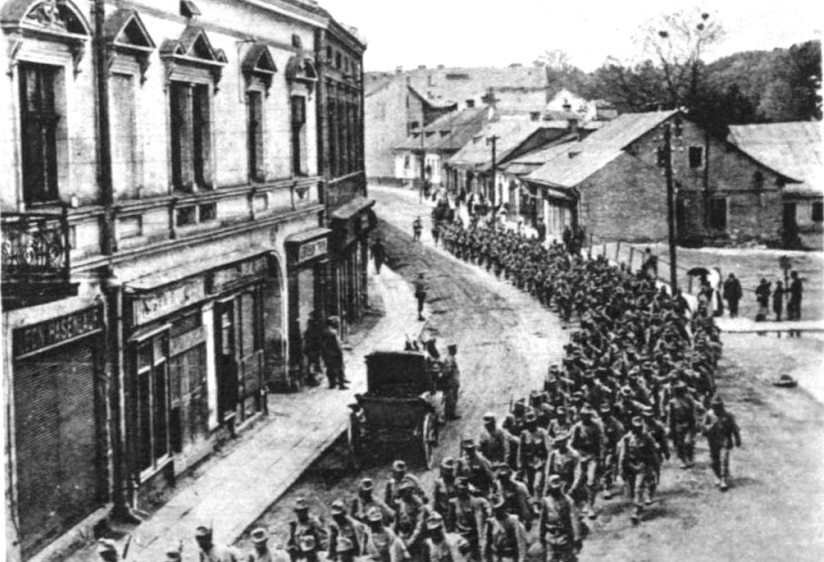 The Russian Army is in a state of material collapse. During recent weeks, the Russian Winter offensive in the Carpathian Mountains has turned into an utter rout across Galicia, for a powerful German-led force is slicing into their overextended and under-equipped foe like a long bayonet. Today, German and Austrian troops arrive in Przemysl, the Galician fortress that fell in March after months of siege, to find the place evacuated following their successful attacks on the outer fortresses yesterday. Altogether, they have had the shattered stronghold under their guns for less than two weeks.

Word of the liberation is greeted with joy by Galicia’s Jews, who have suffered an oppression which strikingly familiar in the horrific story of the 20th Century. For instance, there was this warning published in Russian, Polish, and Yiddish:

If the Jews do not depart or do not fulfill the orders of the committee, I shall be forced to resort to coercive means: A regiment of Cossacks will effect the evacuation in a matter of hours. Those who do not obey will have only themselves to blame.

Russian troops have oppressed and deported Jews throughout Poland and the Baltics as well, for a wave of anti-Semitism is engulfing Europe in the broiling heat of the conflict, and with defeat comes the need to lay blame. Russia needs to hold someone responsible for the  undeniable disaster unfolding in the province it had conquered, but is now losing, and that person will be Minister of War Vladimir Sukhomlinov.

Held responsible for the “traitor” Myasoyedov, a “scandal” tinged in anti-German and anti-Semitic flavors, as well as his faltering efforts to increase arms and ammunition production, Sukhomlinov is a victim of the worst currents in Russian society. His dismissal was inevitable, for Sukhomlinov has been a terrible manager, but his fate is undeserved, for his indictment marks the advance of opportunists, not justice.

In a very real way, the course of the Russian state towards anarchy and revolution is being set by today’s event. Both Alexei Polivanov, who has taken over as War Minister, and Alexander Guchkov, the military reformer who accuses Sukhomlinov in the Duma, are longtime rivals of Myasoyedov, and their new power is affirmed by Sukhomlinov’s arrest. Both are key figures in the transition to provisional, and then revolutionary, government. 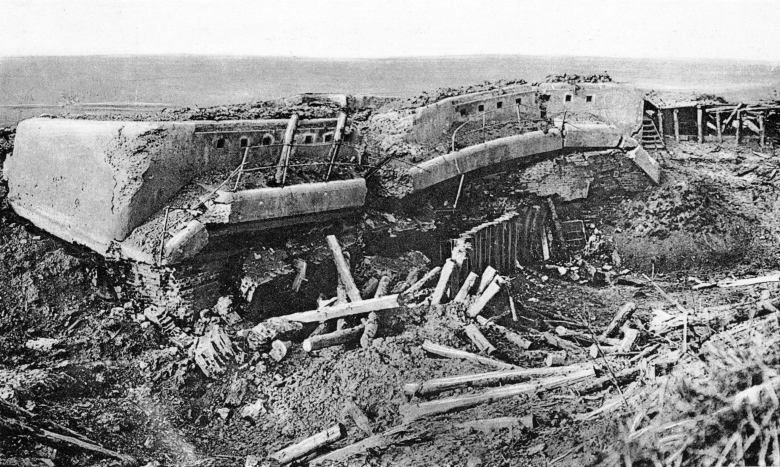 Who destroyed this fortification? Does it matter? In fact, the Austro-Hungarians demolished many of these positions themselves

The liberators today find a virtual ghost town. Untargeted by artillery fire, the buildings are largely untouched, but anything left behind in any building is liable to have been carted off or burned by Russian troops, especially if it belongs to a Jew. Food is scarce, and international relief agencies soon find demand outstripping supply. Sullen, wary of celebration in the ebb and flow of battle, the dispirited town does not throw a parade.

As the Russian army retreats, allied observers report with dismay that the vast Russian Army, which was supposed to do the lion’s share of defeating the Central Powers, has degenerated into an undisciplined and disorganized mess. Lawlessness and looting, especially by Russians thirsting for the contents of civilian liquor cabinets, are rampant. Indeed, the Russian Army is easily doing as much damage to Galicia on the way out as it did going in. 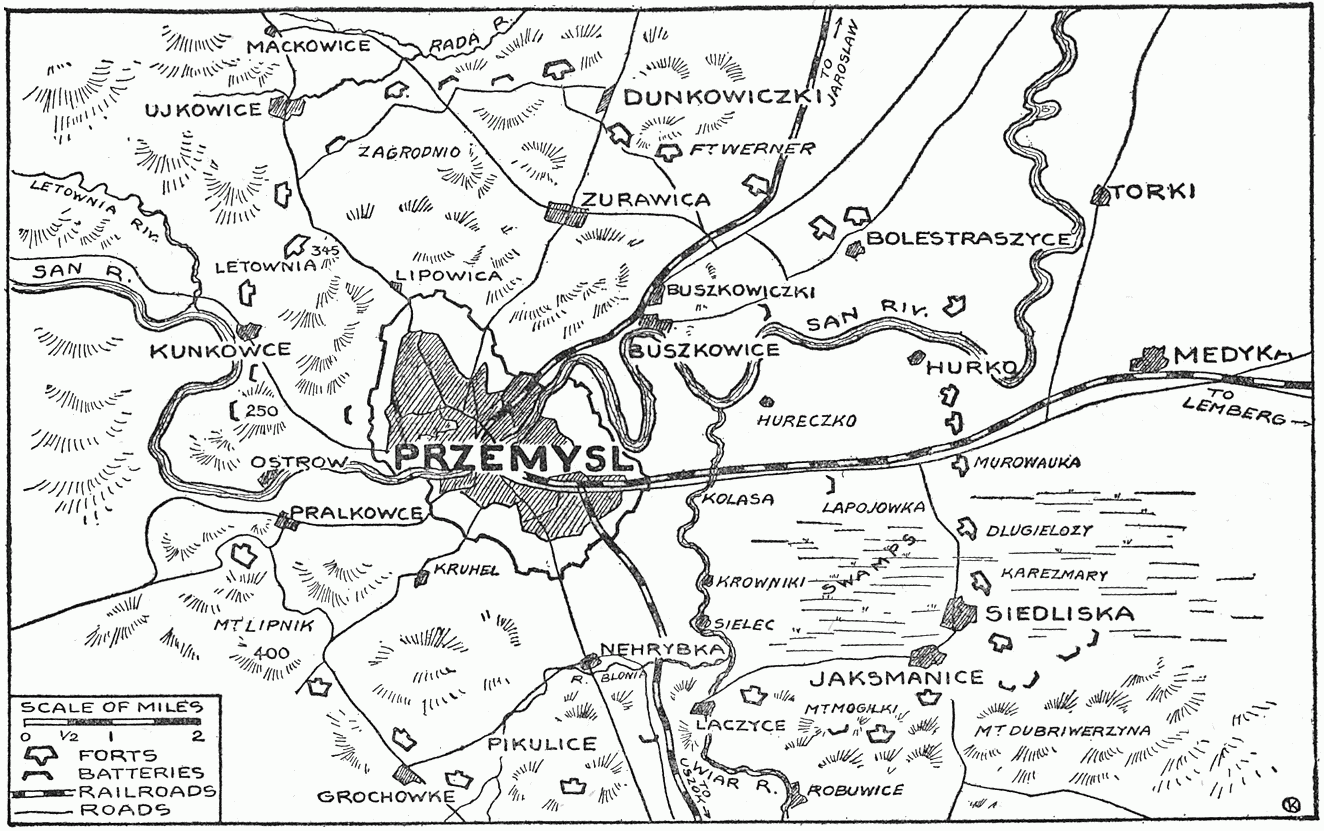 An Illustrated War News map of the Przemysl complex. A strategic crossroads, it has seen the war’s longest siege. Click to enlarge