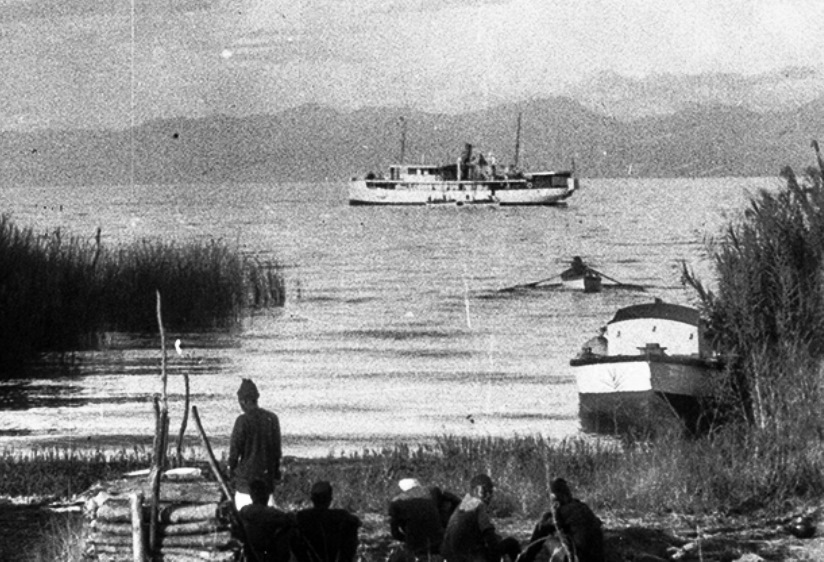 Although we generally think of European trenches whenever we visualize the First World War, the first British soldier killed in battle actually died in Africa. Also, the first naval engagement of the war took place at Sphinxhaven, a mission post on Lake Nyasa named for a rock outcropping thought to resemble the ancient relic, instead of the cold North Sea. Known a century later as the town of Liuli, on August 14th, 1914 the natural harbor was a strategic gateway to Germany’s East Africa colony in modern-day Tanzania. Arriving at dawn, Commander Edmund Rhoades ordered his new crewman ‘Jock,’ a Scottish shop worker who had bragged of his days as a volunteer seaman-gunner in Glasgow, to open fire at a range of two kilometers.

On his third try using old, unreliable ammunition in an untested Hotchkiss gun, Jock scored a hit on the SS Herman von Wissman, German counterpart to Rhoades’s HMS Gwendolen. Not that it was hard to do, for the Wissman was helpless, as she had been beached for repairs. Both ships were brought to Lake Nyasa (now Lake Mlawi) overland in pieces and assembled onshore by their respective colonial governments to enforce a final end to the slave trade in the region, and their captains were good friends. As sparks flew from Jock’s direct hit, Rhoades’s peacetime colleague, Captain Berndt, rowed out from shore in a rage, shouting: “Gott for damn, Rhoades, voss you drunk?!”

“Afraid not old chap,” Rhoades replied. “Our countries are at war. Best thing you can do is surrender.”

Far away from any link to the larger world, Berndt was completely unaware that war had broken out. “Surrender be hanged. Come and have a drink!” He shouted. Only after another shell through the funnel of his boat did the truth finally sink in, forcing his meek surrender. Trumpeted as a great victory in the British press, the encounter highlights the extemporaneous, and frankly comic, way in which the Old World order of European empires in Africa is being torn apart by the war. It is also a great example of the Great War’s maddening futility, for today the Gwendolyn returns to destroy the same ship all over again. 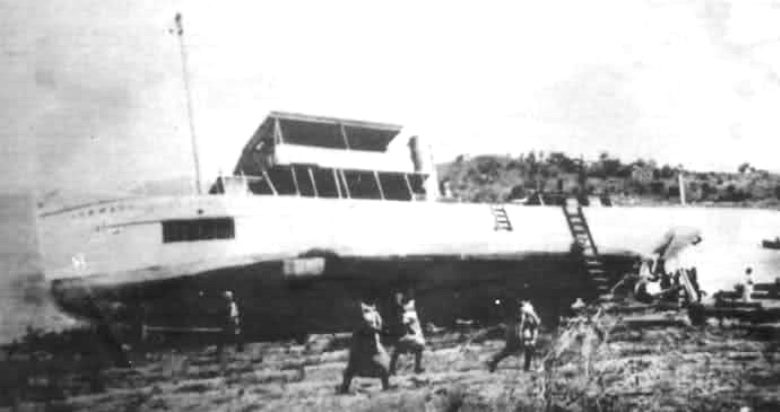 The beached SS Hermann von Wissmann. Equipped with electric spotlights and a gun turret, she might have won a ‘fair fight’

Now under the command of Lieutenant George Dennistoun, the Gwendolyn is joined today by the steamship SS Chauncy Maples (see photo at top), a missionary boat that has served as a floating hospital, school, and chapel since 1903. Like the other two boats, she was shipped all the way from Scotland in thousands of parts and reassembled like a jigsaw puzzle. Still afloat today, she is Africa’s oldest serving motor vessel.

After the previous operation, the Wissman‘s deck gun, bell, and chart room clock were removed, but the hull itself was left intact. Acting on fishermen’s rumors that the Wissman has been repaired, Dennistoun disembarks troops of the King’s African Rifles before dawn so they can advance on Sphinxhaven in a coordinated strike. Marching in a downpour behind their guide, elephant hunter Jimmy Sutherland, the soldiers arrive to find the German defensive positions deserted. The Gwendolen and Chauncy Maples receive only a desultory and vanishing fire as they steam into the harbor. An engineer disembarks to examine the Wissman, which has several damaged hull-plates and isn’t going anywhere, so he decides to set scuttling charges. Detonated at noon, the explosion seems to signal the German defenders, who return as the boats are leaving shore with their infantry escort back on board. There is a short, sharp exchange of fire that incurs no casualties on either side, and Dennistoun slips away unscratched.

Incredibly, the job is still not done, for the Germans do not stop repairing their lake gunboat. On April 28th, 1916, the same task force will return once again to tow away the Wissman as a prize of war. Converted to British uses, she will serve for the remainder of the conflict plying the same waters as she ever did, and not be scrapped until long after the Great War is over. 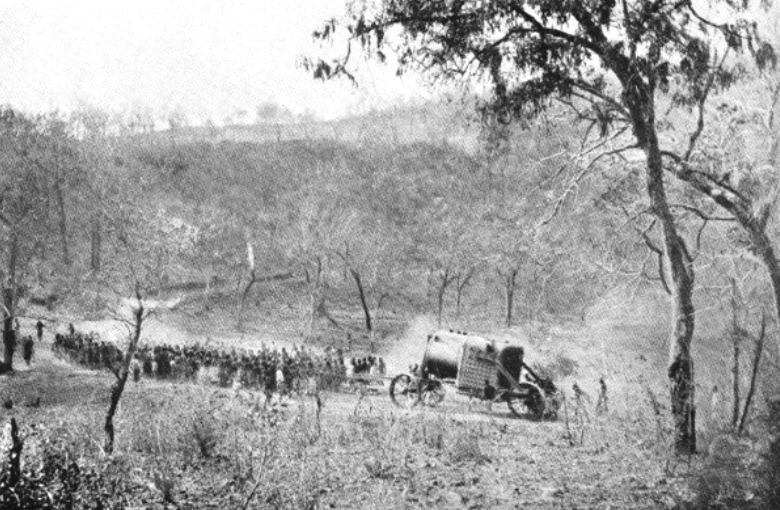 The 11-ton boiler of the Chauncy Maples being hauled overland by 450 Ngoni tribesmen. She took two years to ship and assemble

There are two main reasons why the war seems such a sluggish affair in this theater. First is the sheer size of the region, for the entire Eastern Front would fit inside Germany’s East Africa colony. A part of the East African Rift Valley chain, Lake Mlawi is the continent’s second deepest lake, and the ninth largest in the world — so big that it takes nearly a week for a wood-burning steamship to cross end-to-end. The second reason is that this is the most remote theater of war left to fight, so troop density is far lower in East Africa than anywhere else; the British Empire has been unable to concentrate forces and weapons to effect here, and the fighting on Lake Nyasa shows it.

If any of this story sounds familiar — if the flavor of amateur adventures with small steamships, steeped in a tumultuous mix of missionary activity and disrupted colonialism during the Great War in Africa, stirs your memory — then you probably know where this story is going. Filmed decades later, The African Queen is one of only a handful of cinematic references to the fact that the opening conflict of the 20th Century took place on the ‘Dark Continent’ as well as in Flanders.