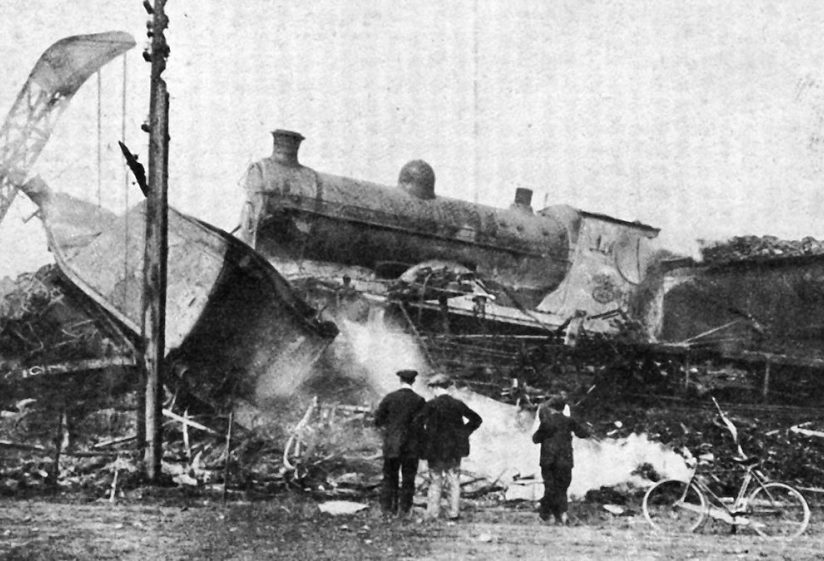 James Tinsley was supposed to relieve George Meakin at the signal house in Quintinshill at 6 AM this morning, but he didn’t arrive until 6:30 because he prefers to ride a train from his home at Gretna Junction rather than walk to work. To prevent the railroad from discerning this discrepancy, the men have circumvented accountability procedures, with Meakin recording train movements on a piece of paper for Tinsley to copy into the official log as if he was present.

Upon his arrival today, Tinsley finds the tracks already busy, with Meakin shunting a passenger train from Carlisle onto the main line and two brakemen from freight trains on their sidings chattering about the war. Distracted by the conversation and his need to falsify records, Tinsley does not check after his friend to ensure the safety signal has been sent down the line, and neither signalman uses the safety collar to to hold the signal level in place while the track is occupied. Engine stoker George Hutchinson also fails to remind them of his train’s presence on the track as required by regulations.

Compounding errors and negligence, when Tinsley is signaled about a troop train coming from Glasgow, he forgets about the shunted passenger train. At 6:49 AM, a head-on collision derails the troop train; moments later, an express train from Carlisle smashes into the wreckage. Tinsley and Meakin have just caused what remains the worst train accident in the history of the United Kingdom. 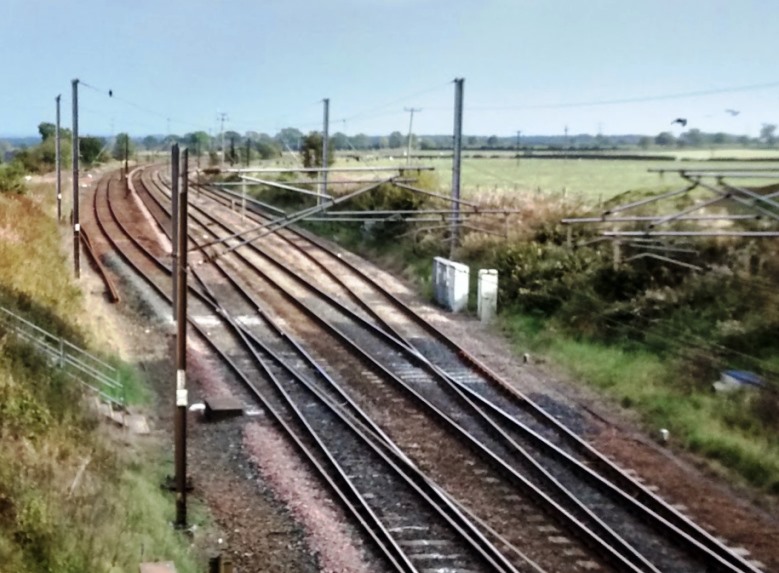 The scene of the accident today with automated signalling equipment. Note how the tracks curve into the distance so that any derailment necessarily blocks the other tracks — and any oncoming trains that happen to be using them

The press of wartime need puts high demands on any railroad system, and the Great War has certainly stressed the Caledonian Railway line to its limits. A shortage of rolling stock has forced the concern to reintroduce obsolete, unsafe passenger cars which use reservoirs of gas mounted underneath their frames to provide interior lighting. Combined with the coal from their hopper cars, the resulting fire is so hot that emergency responders are unable to extinguish the flames until tomorrow morning, more than 24 hours after the wreck.

Altogether, 226 people are dead and 246 are injured, nearly all of them members of the 7th Battalion of the Royal Scots. Out of five hundred soldiers in the unit, only 58 report at roll call this afternoon; the unit had been on its way to Gallipoli. Fifty of the deceased are so badly burned up that no remains can be identified. Returned to Leith tomorrow, the remaining bodies are buried with honors at a cemetery in Edinburgh during a three-hour ceremony the next day.

After delays over issues of venue, a trial for Hutchinson, Tinsley, and Meakin is held in September. The first is acquitted, but the other two are convicted, with Tinsley sentenced to three years and Meakin to 18 months imprisonment for ‘culpable homicide’ — essentially, manslaughter. Both will resume working for the railroad upon their release, but not in their former positions. 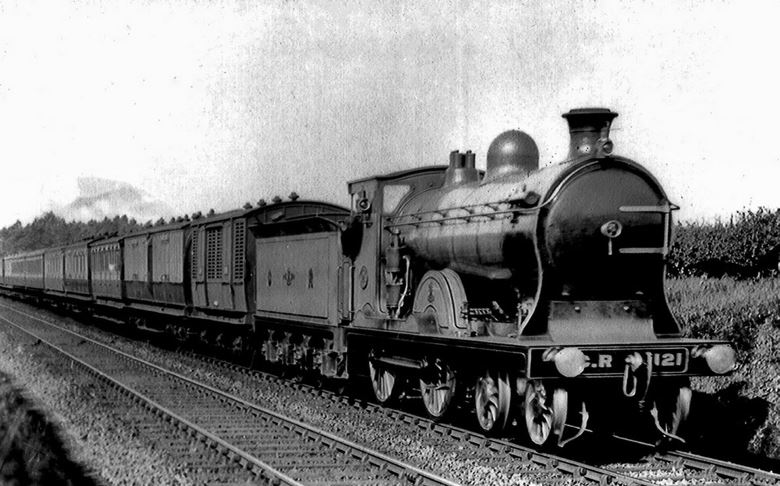 The 7th Battalion troop train prior to the accident. Note there is no Old West ‘cow catcher’ on the front of the locomotive

The Quintishill disaster underlines an emerging problem in the 20th Century. Humans are operating ever-more complex, enormous, and powerful mechanical systems; and while these systems are generally designed with safety foremost in mind, the people using them tend to prioritize their own needs above those of the system, leaving out critical steps and procedures. Six months ago, Britain experienced the largest accidental explosion in its history when the old battleship Bulwark was annihilated along with nearly her entire crew due to poor safety practices that have been inspired by the Navy’s overweening love for rapid-fire gunnery. Today’s accident comes from the bottom instead of the top, but the principle behind the human error is the same.

More than three decades will pass before a US Air Force captain named Edward Murphy famously quips: “anything that can go wrong, will go wrong.” He is referring to human deficiencies, not material ones. 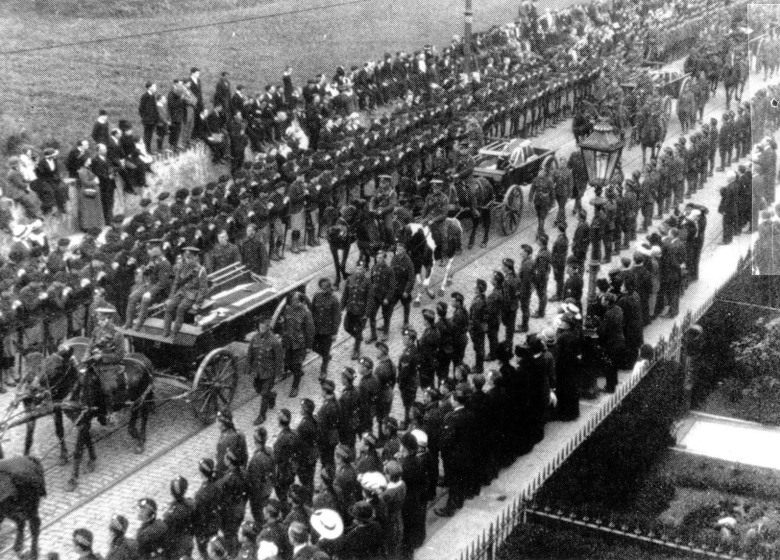 The Royal Scots’ funeral procession passes through the streets of Edinburgh. Their bodies were interred in a mass grave

Share on FacebookShare on TwitterShare on Google+
Britain, railroads
11 - May Flowers, 1915 - Old World In Ruins, Technology
Posted on May 22, 2015