The Great War is polarizing and sundering nations far abroad of its battlefields, forever altering the politics of some neutral capitols and propelling others towards war. When Portugal shuddered in revolution against its ossified monarchy nearly five years ago, philosopher and writer Joaquim Teófilo Fernandes Braga (above, center) served as caretaker president until Manuel de Arriaga could be elected the first President of a new Portuguese Republic. Today, Braga is elected to the presidency again just two weeks after another short, relatively bloodless coup ended the short-lived dictatorship of Joaquim Pimenta de Castro, forcing de Arriaga to leave office in disgrace. He will only serve the balance of de Arraiga’s term until elections scheduled for later this year.

Already caught between the fractious domestic political scene left by the continuing disintegration of the Partido Republicano Português (Portuguese Republican Party) on the one hand, and German aggression against Portugal’s African colonies on the other, Lisbon is also worried by tensions with Spain and fears of invasion. Despite a parliamentary declaration of support for the allies during the war’s first week, and even a commitment to military operations against Germany on November 23rd, Portugal has been too disunited for war against a distant European power. Declining relations between the government and its army, including a military coup attempt, led de Arriaga to give de Castro power in January. Hoping to promote stability, his move stirred a violent, though short, coup to restore the Republic instead. 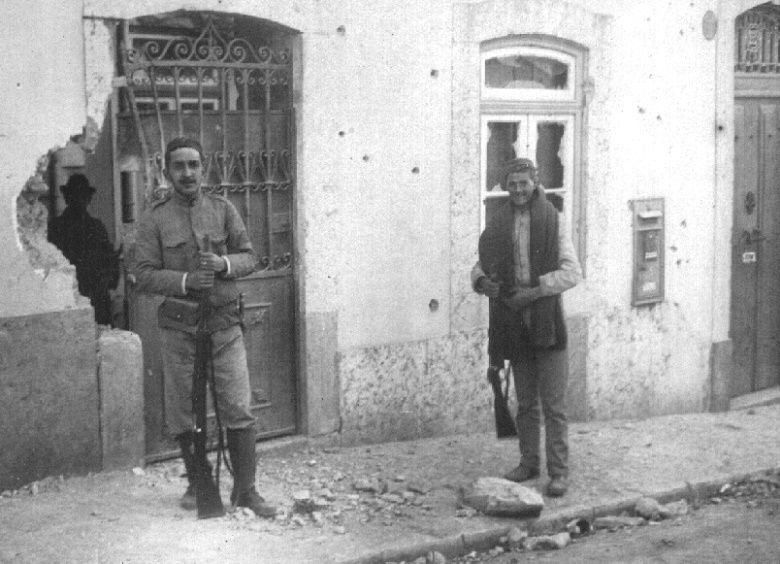 The participants in the May uprising were mostly the same as the 1910 Revolution: the Carbonária and Formiga Branca militias, the Navy, and elements of the Army do all the fighting, while the bourgeois middle class lends its enthusiastic endorsement. But the human toll has been much higher this time, with an estimated 200 people killed and perhaps a thousand injured across Lisbon, Oporto, Coimbro, and other cities over a three day period.

Portugal’s ancient colonies are a contentious issue, for they have never been profitable, and some would rather liquidate the assets and take what Portugal can get. Indeed, the eight century-old monarchy’s weakness became apparent because Portugal’s king surrendered to British territorial demands in Africa too easily; and while Germany and Britain had secretly discussed plans to seize and divide the remainder of Portugal’s decrepit empire before the war, now the British Empire offers an important backstop to the Portuguese one; reinforcements dispatched to protect Angola and Mozambique travel on British troop ships. 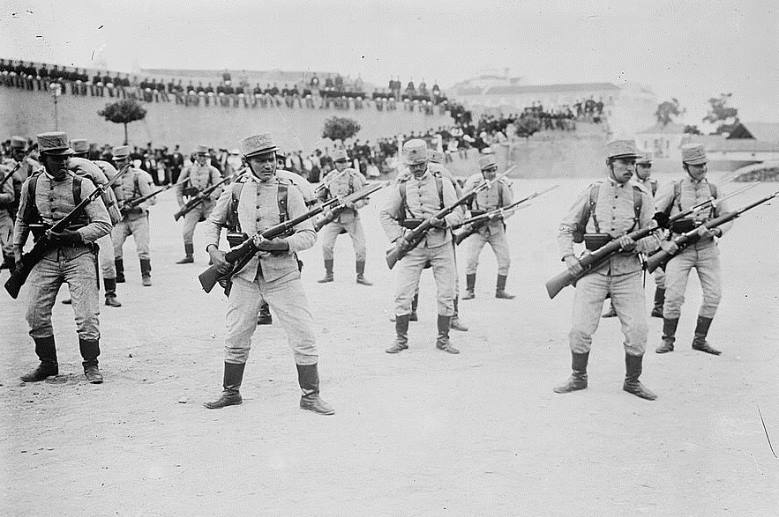 Portuguese infantry in training. Still poor and backwards, Portugal lacked the military strength to shift the balance of the war

Military unpreparedness is the biggest factor in the country’s slow march to war. Lacking the men or weapons to affect the conflict in any significant way, Portugal needs help funding and equipping any expeditionary force before she can fight. After Braga hands over power to Bernardino Machado in October, the pace of military progress will be considerably faster, and Portugal will enter the conflict within six months. But instead of bringing the nation together to rally around the regime, mobilization deepens the ideological and personality-driven political divisions within Portuguese society, shattering the Republic. A dictatorship formed after the conservative revolt of 1917, which kills at least 350 people across Portugal, will become Europe’s longest-lasting authoritarian state of the 20th Century.

Teófilo Braga in his office, consumed by his work. Known for frugal living and humility, he will die quietly in 1924