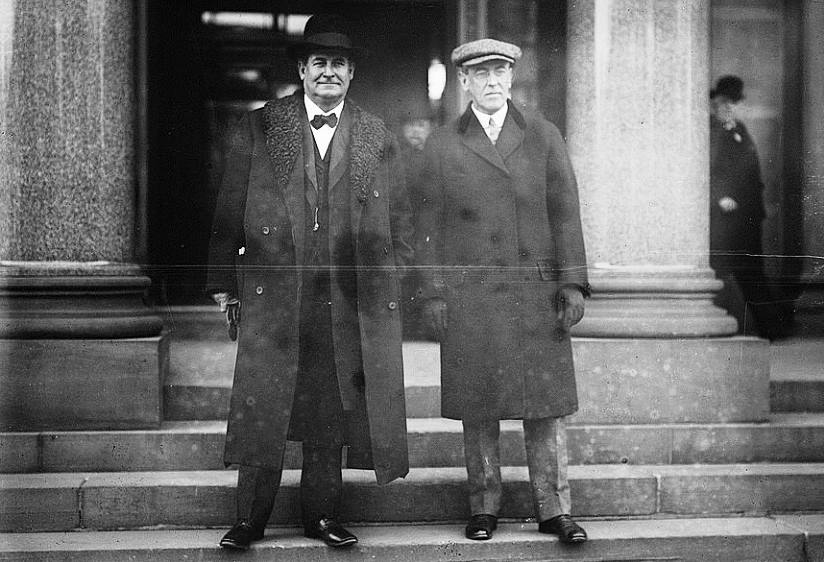 President Woodrow Wilson (above, right) has taken a hard line against German violations of American neutrality. But his Secretary of State, William Jennings Bryan (above, left) thinks that American shippers and passengers should simply take personal responsibility if they choose to enter a war zone, for they have “a moral duty which they owe to their government to keep out of danger…and thereby relieve their government from responsibility for their safety.”

The policy disagreement has come to loggerheads with the sinking of the Lusitania over a month ago, killing more than a hundred Americans. While President Wilson took a rather direct hand in America’s diplomatic correspondence six months ago — before Germany announced a policy of unrestricted U-boat warfare — in order to tone down Secretary Bryan’s protests against British contraband policy, he has contrarily taken personal charge of America’s government-level communications with Germany because Bryan is not being firm enough with them.

Today, Bryan resigns his office. While the United States Constitution does not automatically turn such events into constitutional crises, his exit from the Department of State is another example of the realignments taking place in the domestic politics of neutral nations as a result of the Great War. 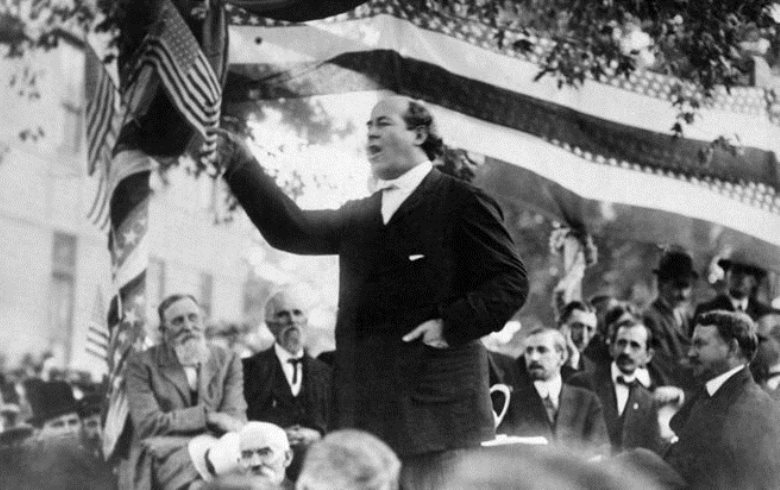 Bryan running for president in 1896. A populist, he ran three times but only served in government after supporting Wilson in 1912

The pacifist and prohibitionist Bryan could sense a subtle and irreversible shift had been completed yesterday when he read the revised text of America’s second letter of protest concerning the sinking of the Lusitania.

The Government of the United States is contending for something much greater than mere rights of property or privileges of commerce.  It is contending for nothing less high and sacred than the rights of humanity, which every Government honours itself in respecting and which no Government is justified in resigning on behalf of those under its care and authority.

[…] The Government of the United States cannot admit that the proclamation of a war zone from which neutral ships have been warned to keep away may be made to operate as in any degree an abbreviation of the rights either of American shipmasters or of American citizens bound on lawful errands as passengers on merchant ships of belligerent nationality.

Wilson insists that U-boats operate according to expected rules of commerce raiding, but makes no counter-demands on Britain to relax its blockade. Bryan wants to address Germany’s concerns about civilian food shortages being created by the allied blockade, but Wilson is intent on treating the two blockades very differently. American ships do not test the one maintained by France and Britain around mainland Europe, the Baltic Sea and the Mediterranean, but ships laden with American ammunition and war material risk the Kaiser’s U-boats to reach France and Britain every day. 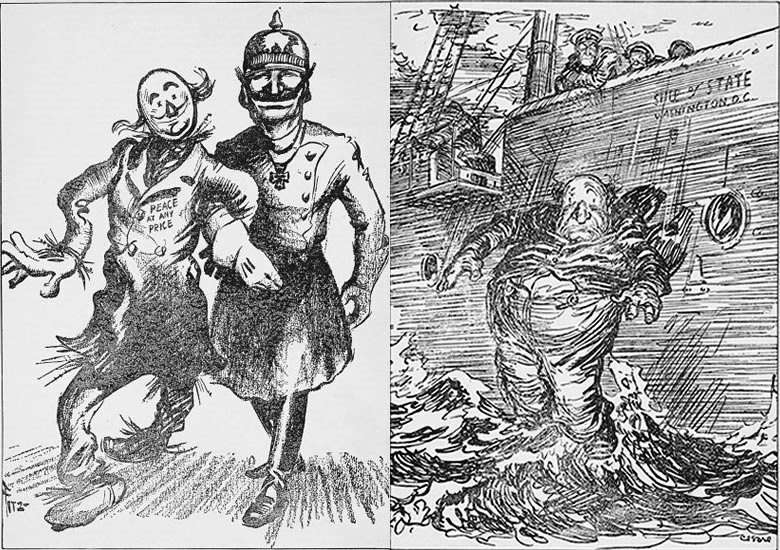 Two negative views of Bryan in contemporary cartoons. Note the phrase “peace at any price,” a reactionary refrain in our time

American creditors, who were nearly ruined by the trading outage that was sparked when the war started, are already lending the allies billions to buy American goods and prosecute their war with the Kaisers. Bryan personally oversaw the linguistic sleight-of-hand by which these prohibited war loans became legal ‘credits,’ so he knows better than anyone just how intractable the situation has become. America is closer than ever to war, though the way is still long yet. Seeing no way out of war, he makes his way out of Wilson’s government.

The United States is hardly the only country whose domestic politics are being affected by the polarizing question of war. Portugal’s new democratic government is also struggling, and Greece has been in a state of political chaos since January, while the Italian parliament has been crushed by agitators. When we call this conflict a “World War,” we are acknowledging its impact far afield from the officially acknowledged war zones. 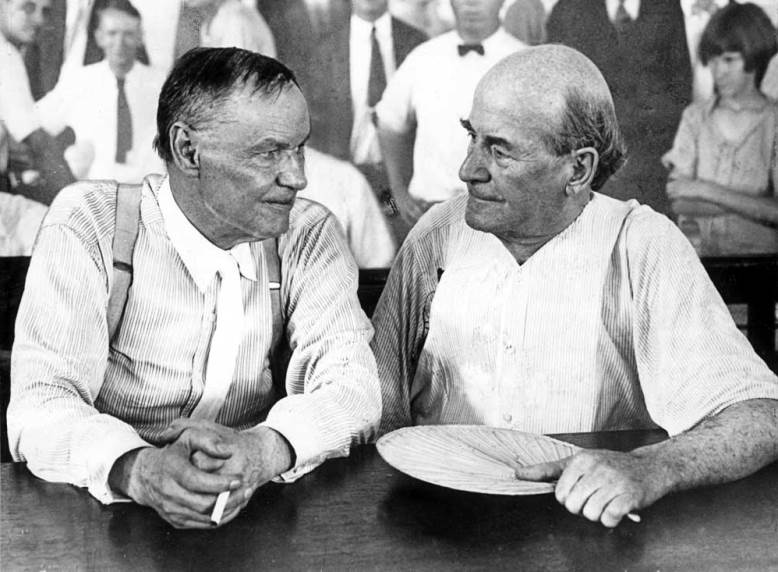 Bryan (right) was respected even by his most ardent opponents, including Clarence Darrow (left) at the Scopes Trial in 1925