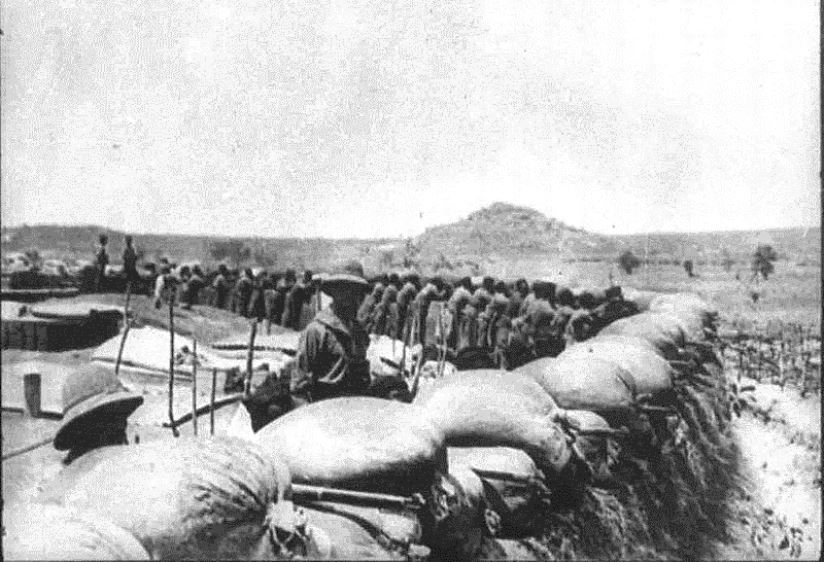 From its commanding position, the Garua fortress (see above) has thus far been a formidable obstacle to allied advances through the northern panhandle of the Kamerun colony. It has not been tested since the first month of the war, when a British force of black soldiers led by white officers broke against its defenses and was routed all the way back into Nigeria. Since then, German cross-border raids from the redoubt have greatly perturbed Nigeria’s royal governor, Frederick Lugard, prompting Colonel Frederick Hugh Cunliffe to lead a second attempt on the stronghold.

But where the first assault was a hurried affair conducted without much support or strategy, Cunliffe is far more careful and deliberate. His column arrived eleven days ago with a motley assortment of light artillery, including a naval 12-pounder borrowed from the cruiser HMS Challenger and a French 95 millimeter field gun, and immediately began laying siege by digging approach saps towards the weakest point of the defenses.The demands of the campaign had already stretched Captain von Crailsheim’s garrison thin when Cunliffe’s first shells rained on his fortress complex, and as the desultory bombardment continued over the next ten days with the allied lines clamping shut around his command like a vise, Crailsheim’s hold over his native Askari troops has begun to unravel. 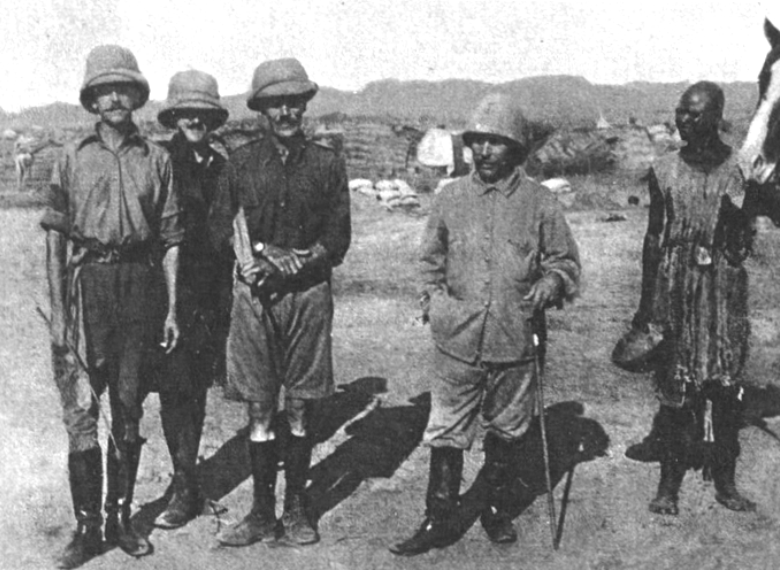 Colonel Cunliffe, third from the left, at Garua after the surrender. Note the barefoot native holding the horse’s reins

Yesterday, the explosion of one shell inside a forge killed twenty Germans and greatly agitated the native troops, who turned sullen and refused to man the defenses. Two spontaneous breakout attempts today by mutinous Africans — one which fails to get through the line of the joint British-French force, and a desperate horseback charge for the Benué River which leaves dozens of men drowned — convince Crailsheim to call it quits at 4 PM, hoisting white flags. After a two-hour parley in which Cunliffe refuses to grant a cease-fire, Crailsheim capitulates without conditions.

The victorious allied force will enter Garua tomorrow morning to claim its prize. Cunliffe has indeed pulled off a coup, capturing the remaining 37 Germans and 212 native troops of the garrison without losing a single allied life, claiming their ammunition stockpile and the other supplies that Crailsheim had laid in for a protracted siege. With the north of Kamerun now wide open, save for the isolated pocket of resistance around Mount Mora, it is now possible to attack south towards the the center of the country, where the colony’s last defenders are massed. Cunliffe pushes on through July, reaching the town of Ngaundere on July 29th after a violent storm.

By then, the rainy reason is in full flood, making it impossible for allied columns to advance further towards the central plateau, but it is only a matter of time until the weather turns dry again. 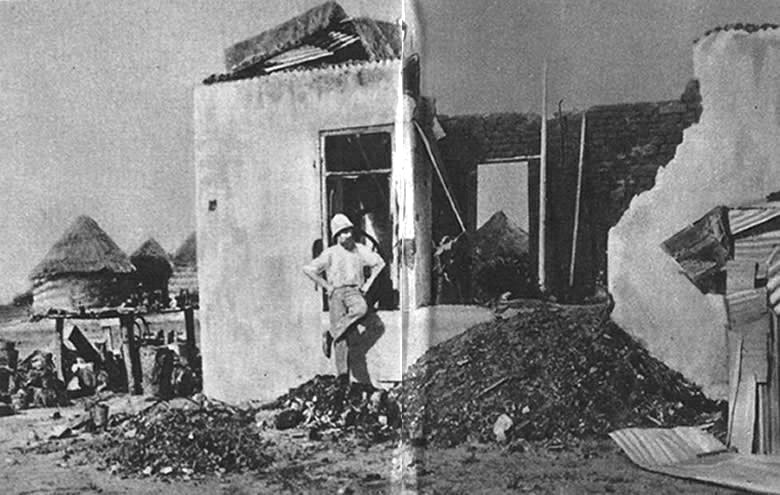 The Garua forge wrecked by a 95 mm shell. Note the huts in the background. From a two-page spread in Illustrated War News

The earliest stages of the Kamerun campaign were marked by such legendary amateurism, small forces, and bitter debacles that it is little wonder they are not well remembered by the allies. Yet the Second Battle of Garua has demonstrated a similar problem for Germans: their fortress was quite sufficient to stop the first assault by half-trained, poorly-equipped, badly-led Nigerians, but its sandbag walls and unhardened, above-ground buildings have proven woefully inadequate against modern artillery fire.

The victorious empires of France and Britain have also set forces in motion that cannot be stopped, for the white man’s war in Africa is shattering the myths of racial superiority which underlie the entire European colonial project. To give an ‘inferior’ black man a gun, and order him to kill ‘superior’ white men, is to forever annihilate the magical hold that whiteness has over him.

All of these themes of the Kamerun campaign are woven into the cheeky French 1976 film Black and White in Color. It is one of only a few cinematic acknowledgements that the Great War took place in Africa at all.