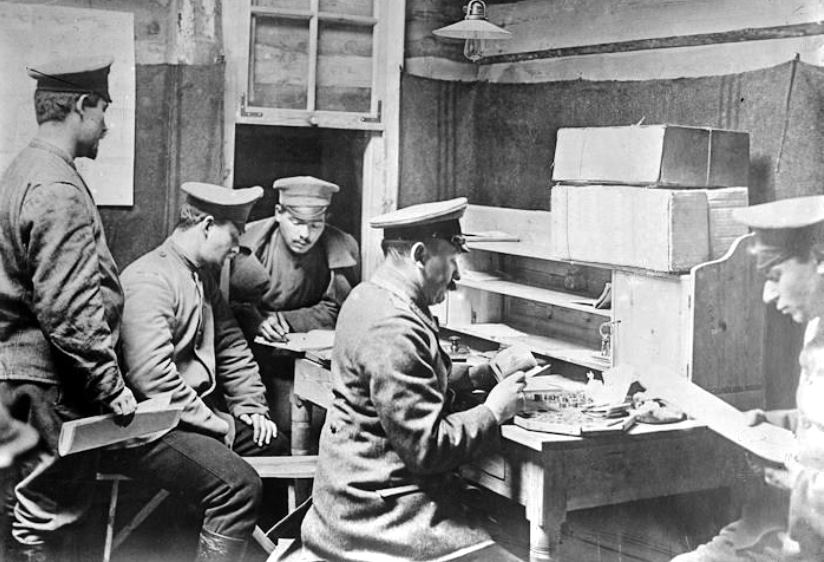 Mail censorship is hardly unique to the Russian Army, but a photo of censors reading every jot and tittle of soldiers’ mail (see above) in order to keep sensitive information from reaching enemy ears nonetheless speaks to the extent of wartime secrecy measures. Already an authoritarian state where rumors and paranoia run deep, Russia is silently breaking down as battlefield failures continue due to poor operational security.

Today, a German-Austrian formation continues its offensive in west Galicia, taking the city of Tarnow and inflicting thousands more casualties on the disintegrating Russian Third Army. Known later as Army Group Mackensen, the attacking force was assembled and moved into position during April under a strict regime of radio silence and communications discipline. The joint operation combines the intelligence efforts of Austria, which had begun exploiting military radio traffic years before the war began, and Germany, whose signals intelligence effort is still evolving from improvised initiative to formal service. Receiving reports from the military radio stations at Thorn and Königsberg, Field Marshall Paul von Hindenburg has already destroyed Russian armies, and inflicted strategic defeats on others, by using his near real-time insight into enemy locations and intentions.

By contrast, the Russian Army’s corps-level wireless telegraphy companies are still broadcasting regularly, without encryption, as if no one is listening, even as their radio operators eavesdrop on German stations for codebreakers to exploit. Russian commanders have surely understood the role of their radio communications in these German successes for months. Russian recovery of a German warship’s codebook eight months ago is still being exploited by its intelligence services, so the Russian Army’s continued failure to provide its generals with any kind of encryption — even a rudimentary code cipher — seems an inexcusable and inexplicable oversight. In his book Russia in the World War, Quartermaster-General Yuri Danilov is blunt on this point:

The use of radio was something entirely new and therefore unfamiliar to our staffs. Moreover, our enemy was guilty of the same errors, and now and then we were successful in intercepting their plain-text radio messages and orders. But this does not absolve us from the charge of unpardonable negligence. 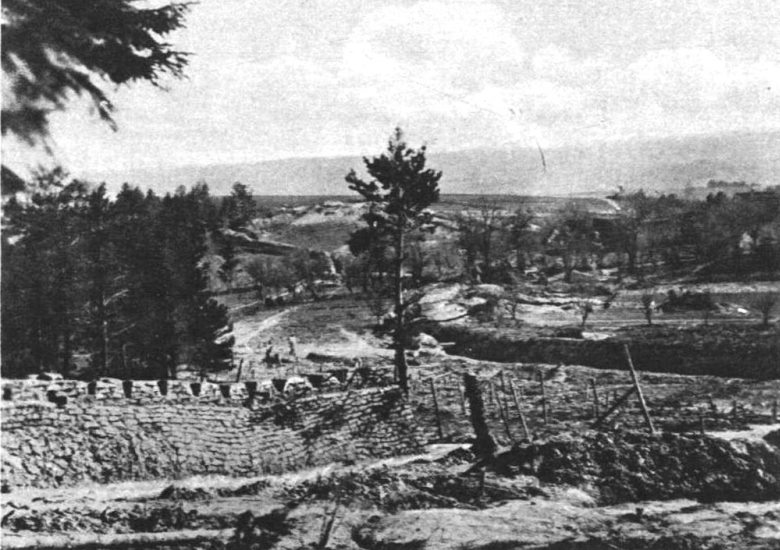 The Russian defensive line east of Tarnow, abandoned without a fight as Army Group Mackensen advances over the next six days

A quiet dinner at the Embassy with Princess Orlov, Sir George and Lady Georgina Buchanan, General and Countess Stackelberg, &c.

During the evening I have had a long talk with Stackelberg, who inherits a serious, logical, and practical mind from his German ancestors:

“It’s a bit of luck for me to have got you here to-night you’re never to be found in these days.”

“It’s no pleasure for me to go out now. In nationalist circles I’m supposed to be a Boche and that makes me angry. In reactionary circles the victory of Germany is desired and that disgusts me. Notwithstanding my Teutonic origins I’m passionately devoted to Russia and the Emperor has no more loyal subject than I or one more ready to sacrifice himself. You know that I’ve lived in France and England a good deal. I’m a tremendous admirer of the French spirit and have a great weakness for things English. As for France, I can’t tell you how much I admire her since the war began: in a few months she has done finer things than ever before in her history. You can see for yourself I’m no Boche! But as a Russian I’m more alarmed every day at the abyss into which the Anglo-French alliance is leading us. Russia is going straight to defeat and revolution, for we shall never beat the Germans; we cannot hold our own with them; I’m utterly downhearted.”

I tried to fortify his courage a little, pointing out that the patent inferiority of the Russian army to the German army is only temporary:

“Your men are fighting splendidly. Your reserves of man-power are inexhaustible. What you lack is heavy artillery, aeroplanes, and munitions of war. In a few months from now you’ll be abundantly supplied, and then you’ll make the Germans feel the weight of your numbers.”

“No! History shows that Russia is never so strong as at the beginning of a war. We haven’t that wonderful faculty for adaptation and improvisation which enables you French and English to make good all your omissions in peace in the very middle of a war. With us war only aggravates the evils of our political system because it sets our bureaucrats a task they are utterly incapable of performing. Would that I were mistaken! But I expect that things will go from bad to worse. Look what a tragic position we’re in! We cannot make peace without dishonoring ourselves, and yet if we continue the war we are inevitably heading straight for a catastrophe!”

Paléologue has been deeply interested in the problems of Russian production for months, circumventing the embattled War Minister in order to glean an accurate picture of the problem. As was predictable given the shortfall in ammunition manufacture expansion, shell shortages are limiting the Russian artillery’s ability to defend or attack, and rifle shortages have led to human wave attacks. Paléologue’s reassurances regarding these material crises are a reference to the Gallipoli Campaign, the strategic fiasco now unfolding at the edge of Europe. By Paléologue’s account, the Russian people take great hope from these landings, and British failure to secure the longed-for logistical link with their ally by way of a conquered Turkey only deepens the public despair in Russia.

Baron Rudolf von Stackelberg will be proven correct on all counts. Himself a victim of the coming revolution, Stackelberg’s reference to anti-German propaganda and scapegoating reflects a broader decline in Russian civil society. The recent Myasoyedov affair is an example of this worrisome trend: tinged with anti-Semitism, the trial and execution of a counterintelligence officer on the basis of conspiracy theories and flights of fancy has thrown fresh fuel on a smoldering fire of paranoid suspicion about ethnic Germans in Russia, especially those close to the royal court. Indeed, the Tsar’s own familial relationship with the Kaiser is a dark-humored joke to his peasant conscripts.

Russia keeps losing battles; someone must be held responsible for the defeats, and the generals who keep broadcasting their plans dare not admit what they must already know by now. Instead, the enemies of monarchy will gain power while the state crumbles in recrimination. 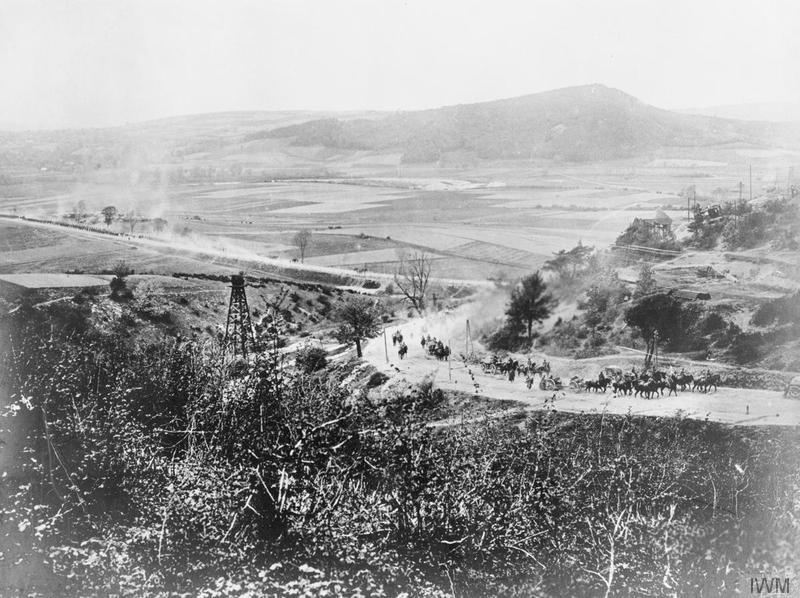 German troops pursue retreating Russians on a west Galician road. Note the oil derrick on the left. Via the Imperial War Museum