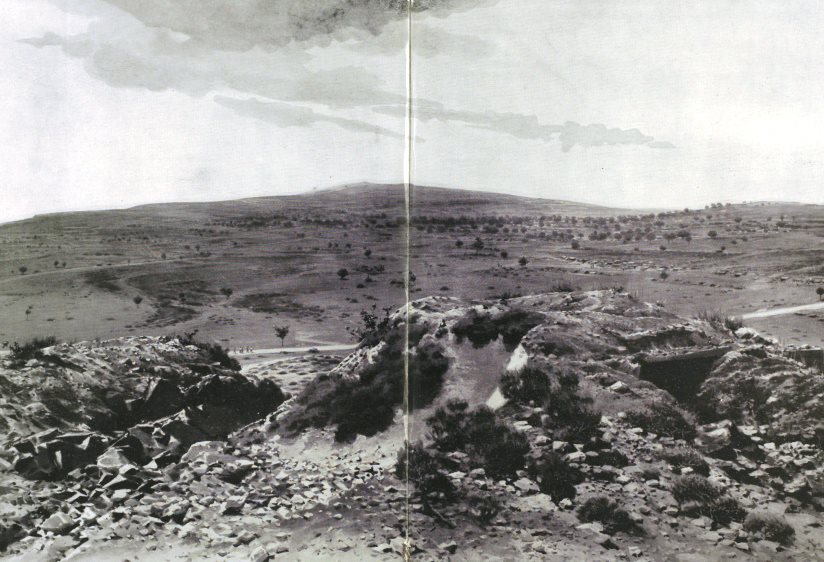 It is the fourth day of landing operations at Gallipoli, one of the world’s best natural fortresses, and matters have already begun taking a horribly wrong turn for 70,000 allied troops. Early indicators are not good: General Sir Ian Hamilton, commander of the Mediterranean Expeditionary Force, has maintained his General Headquarters on ships offshore while his subordinate commanders on land struggle to maintain order. The allies’ greatest gamble is failing for lack of coordination, arguments, and inertia — problems that will never be resolved, leading to one of the most important defeats of the 20th Century.

Today’s operations plan is an example. Lovely geometry aside, the complicated attack requires men to advance uphill on Achi Baba (see above) like a right-curving arrow against a series of ravines lying perpendicular to the eventual route of advance. The 87th Brigade, the extreme left British element of Lieutenant-General Sir Aylmer Gould Hunter-Weston’s 29th Division, is supposed to cover miles of ground compared to yards on the far right of his line, which is held by exhausted French troops that have just landed from a feint on the Asian side of the Strait.

In practice, the advance past Y Beach is stopped by a single machine gun position — one that would have been in allied hands already if the troops landing there four days ago had taken the initiative to move inland rather than dig in and wait to be attacked, grow nervous, and reembark the next day. The guns of the battleship Queen Elizabeth roar ineffectually in support of the 87th. Cancelled by 6 PM with every unit still far short of its objectives, this first attempt to take the evacuated village of Krithia, which will lend its name to further battles, costs three thousand allied lives and kills over two thousand Turks. 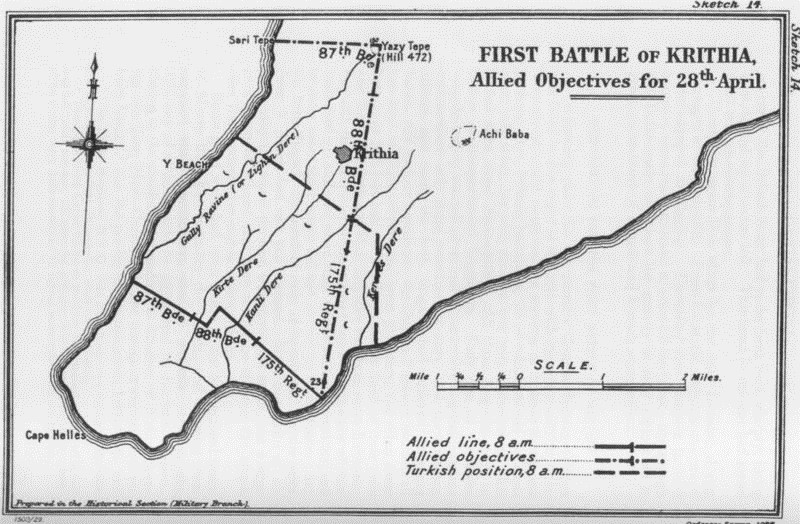 “Men, I am not ordering you to attack, I am ordering you to die,” Mustafa Kemal Ataturk told his 57th Infantry Regiment three days ago. “In the time that it takes us to die, other forces and commanders can come and take our place.” Ataturk’s contempt for death as he ordered men to throw themselves at the Australians and New Zealanders coming ashore provides an interesting point of comparison: “If you don’t have ammunition, you have bayonets! Fix bayonets! Get down (the hill)!”

No such attitude exists on the allied side, at least not where boots meet dirt. Reflecting his overoptimism and detachment from the foreground reality of the fighting, Hamilton’s order to the Anzacs to “dig, dig, dig, until you are safe” because “you have got through the difficult business” of landing illustrates the problem. Throughout the campaign, operations orders will also consistently lose something in transmission, with Hamilton’s exhortations for rapid action being watered down at the unit level and expectations being set low at the front line. Having lost twelve percent of his force as casualties in the last three days, and lacking reinforcements due to the War Minister’s vacillation, Hamilton is already signalling London for more troops to replace the loss. He will only end up reinforcing his failures. 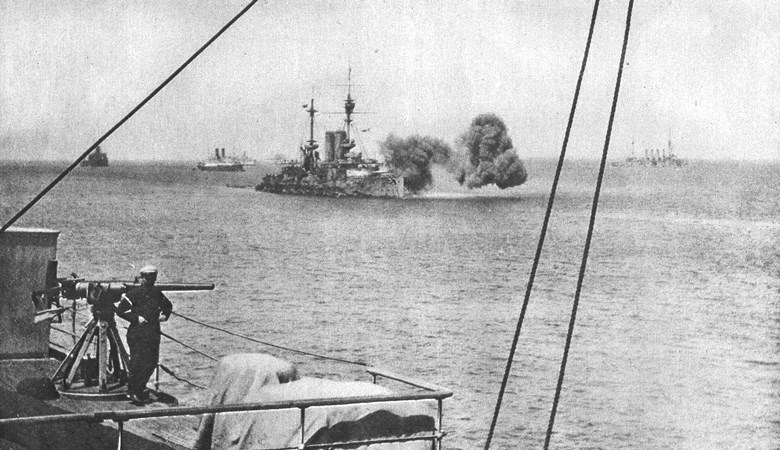 The Turks themselves are the biggest variable that British planners have not appreciated. Reckoning the Turkish Army to be weak and unreliable, an assumption of racial superiority suffuses British thinking at every level, and of course the Turkish soldier proves far more courageous and capable than expected. While the quality of units and officers is very uneven, Ataturk is hardly a lonely example of discipline, patriotism, or pride. To abandon a weapon is considered a greater dishonor than death in battle; walking-wounded Turkish men are therefore required to carry their rifles to the aid station or be denied care.

In his dispatches, Sir Hamilton expresses surprise at the amount of detail and imagination required to pull off an amphibious landing. In also underestimating his enemy’s toughness, his own forces’ inertia, or the difficulties of the terrain, it would be too easy to settle all the blame on his shoulders and forget that one man cannot bear all the responsibility for such a large and enduring failure. We must bear in mind that by training and doctrine, the army under Hamilton’s command has been built to fight according to ‘command push,’ not according to individual unit initiative or ‘reconnaissance pull.’

Quite simply, he has brought the wrong army to the wrong place at the wrong time to fight the wrong enemy. What ensues now is a cascade of failures and wasted life so legendary that in our time, songs and films still enshrine the futility of it all as antiwar narratives. 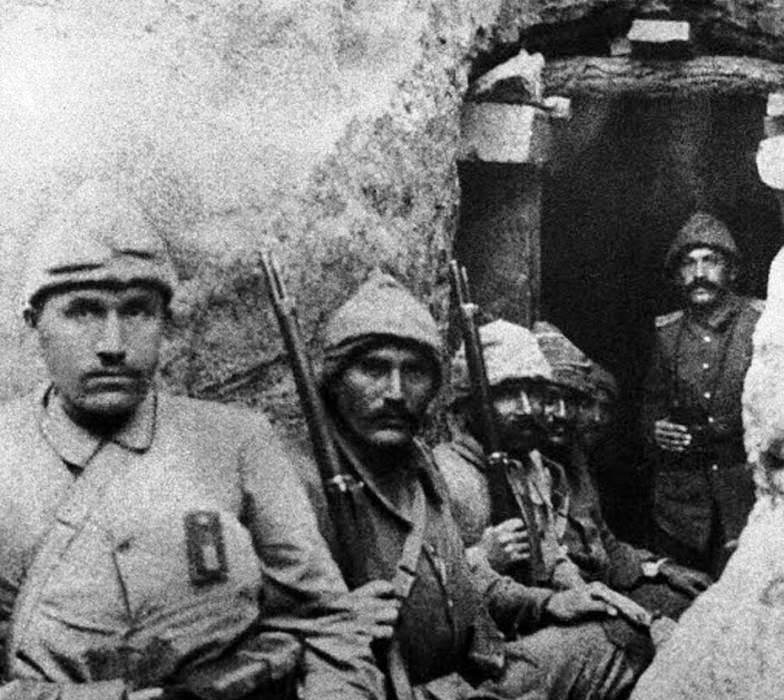 Turkish soldiers in a trench during the battles for Gallipoli. Their dogged resistance surprised allied war planners