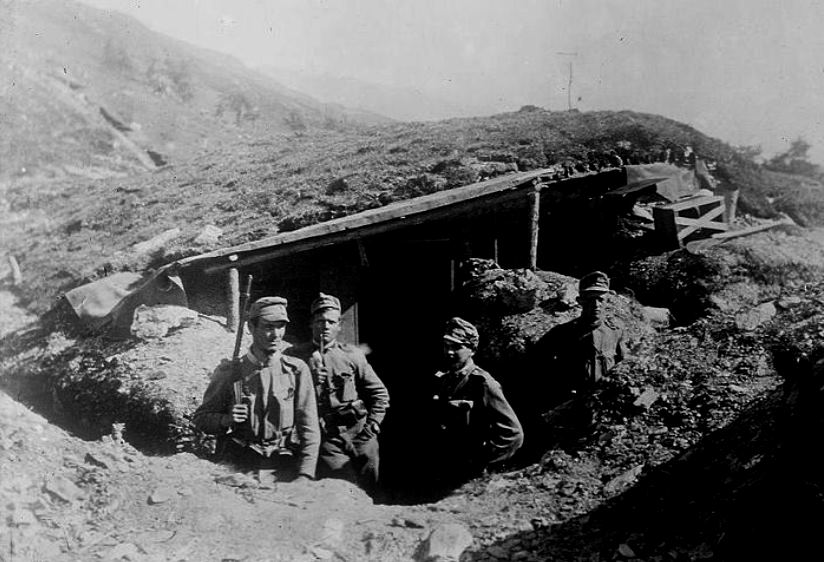 Above: one of the many Austrian fighting positions prepared in advance of Italy’s declaration of war.

Five days ago, the Austro-Hungarian government rejected Italy’s attempts to resolve their territorial demands diplomatically. Almost immediately, the world press reported violence breaking out on the frontier between the two countries. At Valles Abbia, an Austrian lieutenant is said to have fired his pistol and wounded an Italian sergeant, resulting in a bayonet charge by the Italians, capturing the aggressor and three soldiers. Another story in the International Herald Tribune claims that riflemen of the Italian 11th Regiment have already fought a skirmish against the Austrians that same day, with a hundred casualties on either side. Echo de Paris reports that Italy is mobilizing reserves. Ominously, journalists have also confirmed that both ambassadors have departed for home. German merchant ships that were waiting out the war in Italian harbors have now been escorted to Austrian waters.

War hysteria is rampant in the Kingdom of Italy, where popular opinion has coalesced in favor of war, splitting the socialist movement and promoting a new, conservative imperialism. Roman police arrest Americans, mistaking them for foreign agents. Italian papers stoke tales of starving, angry Austrian subjects waiting to be liberated, but in fact Italian speakers are a minority in much of the coveted Alpine territories. Ten days ago, the death of a pro-war agitator at the hands of police during a demonstration provoked the united outrage of both interventionists and advocates of continued neutrality. Led by Benito Mussolini‘s Fasci d’Azione Rivoluzionaria, the resulting strike has signaled that reactionary political forces are on the rise. 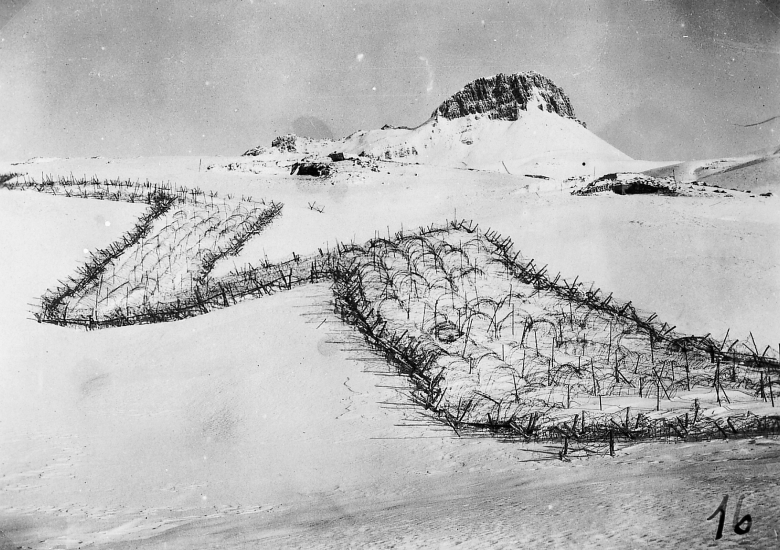 By the time Italian troops finally attack Austria, the defenders will fight behind minefields and belts of barbed wire

Meanwhile in Vienna, Generalfeldmarschall Conrad von Hötzendorf instructs his generals to do the unthinkable and prepare a strategic defense. Having gambled and lost hundreds of thousands of soldiers’ lives on keeping Italy out of the war with brutal Winter offensives against Russia, without a reserve army, and already facing a second front against the Serbs, Conrad knows that he cannot afford to attack on a third front.

Though all combatants in the Great War focus on victory through the strategic offensive, the battlefield technologies of 1915 favor defenders, and are already available in quantity. By unceasing labor, an imitation of the Western Front will now manifest in advance of the expected Italian attack. Conrad cedes the borders themselves, constructing a defensive line on the high ground behind it to make best defensive use of the terrain. Work never stops, by day or night, with constant improvements: the trenches on the Tyrolean heights are hardened, the fighting positions concreted, telephone lines laid, and firing lanes cleared.

These defenses will still be incomplete and patchy on the Isonzo, around Gorizia, and before Trieste. Nevertheless, thanks to poor reconnaissance these preparations will entirely escape the notice of Italian intelligence services at a tremendous cost to the Italian Army. 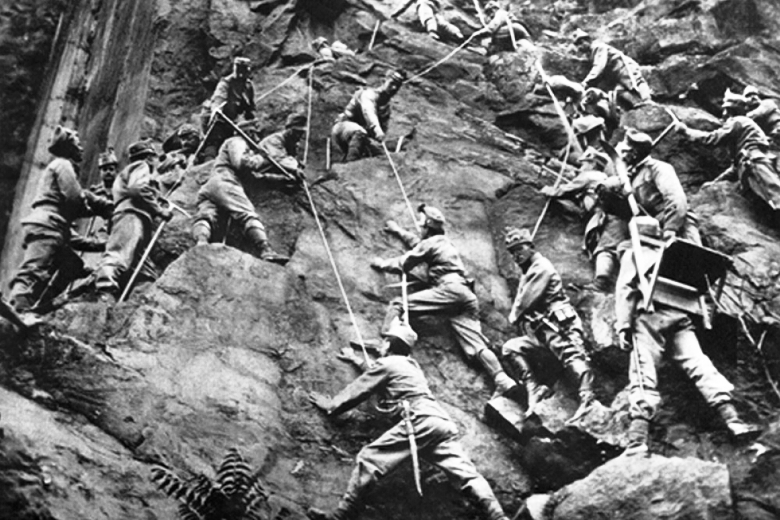 Austrian troops climb a mountain in 1915 to surprise an Italian unit on the other side. Note the long bayonets

Pressing their own offensives in Poland and Flanders, the Germans have sent no help. In fact, General Franz Rohr has no regulars at all. Instead, he commands a mix of training units, militias, border guards, and customs officers. Most of them have yet to be equipped with modern rifles, and of course they lack any artillery. He has already spent months recruiting and training twenty thousand ‘men’ — most of them too old or young for regular service, many of them miners and laborers by trade — as Standesschützen, Tyrolean home guards. Only about half of them are capable of front line service.

And yet, this will somehow be enough. As with Gallipoli, where a determined defender has filled a strategic gap in British with enough men and weapons to make the difference between victory and defeat, Italy’s very public decision process has given the Hapsburgs just enough time to forestall destruction. 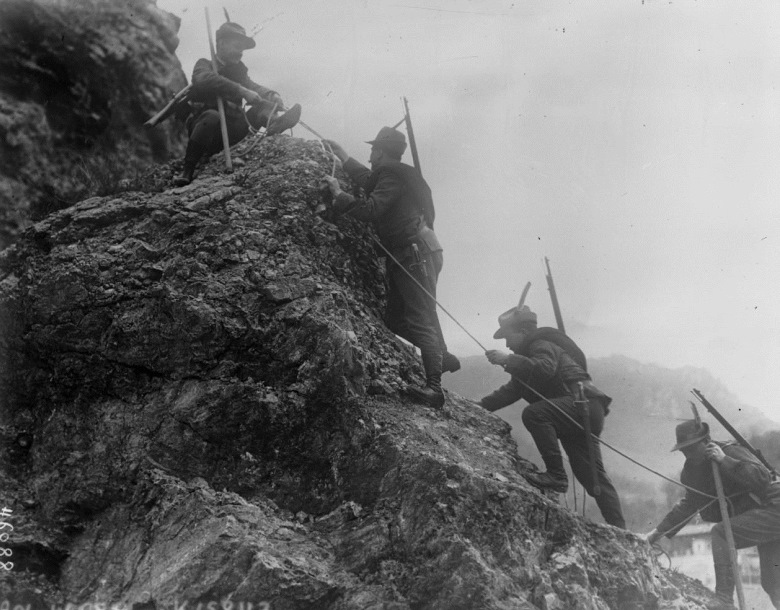 Italian Alpinis training before the war. These crack troops would be in high demand — and die accordingly