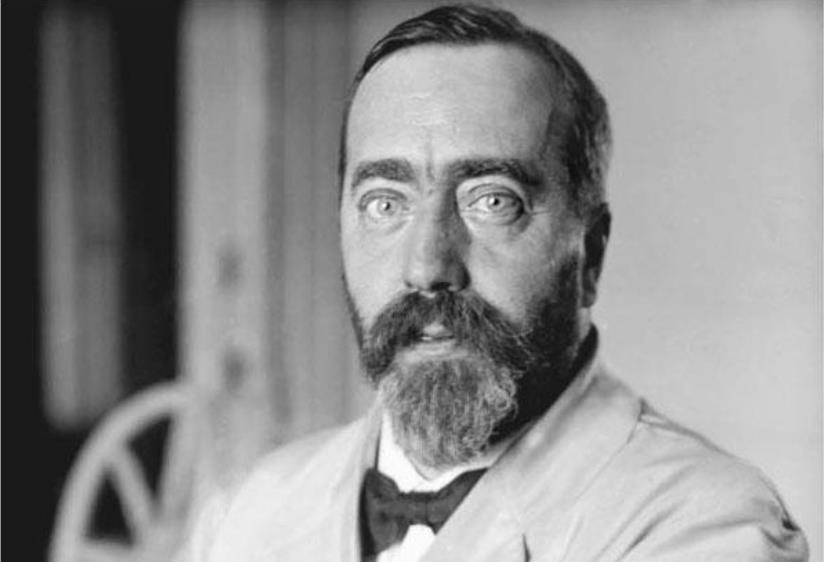 As a liberal politician and a longtime financial technocrat, Bernhard Dernburg (see above) represents the political center of Germany’s capitalistic society. He is a banker by training, not a socialist. Arriving in the United States in August 1914 to head the nation’s Red Cross fundraising efforts in North America and attempt to set up a sale of German war bonds with commercial attaché Heinrich Albert, he soon realized that his country suffered from a severe public relations problem that inhibited anything else he tried to do. Dernburg has since become a leading propagandist, setting up shop in New York City to try and change the tenor of the American conversation.

It is not going so well. None of Germany’s primary public relations agents in America, even Ambassador Johann Heinrich von Bernstorff, is an experienced PR hand by training. All of them are fighting an uphill battle against the perceptions created by German actions, not just allied press spin. Appearing today before a pro-German meeting in Portland, Maine, Dernburg begins a renewed pitch for his country in the United States; his dissonant words are a primary example of the problem.

Germany does not strive for territorial aggrandizement in Europe; she does not believe in conquering and subjugating unwilling nations. […] Belgium commands the main outlet of Western German trade, is the natural foreland of the empire, and has been conquered with untold sacrifice of blood and treasure. It offers to German trade the only outlet to an open sea and it has been politically established, maintained, and defended by England in order to keep these natural advantages from Germany. […] Belgium cannot be given up. However, these considerations could be disregarded if all the other German demands, especially a guaranteed free sea, were fully complied with and the natural commercial relationship of Belgium to Germany was considered in a just and workable form.

Making an appeal to fairness in one breath, indulging in special pleading with the next, Dernburg proposes a radical resumption of prewar commerce — and holds Belgium hostage to the demand. On the topic of allied neutrality violations, he arguably has a point to make, but his insistence on retaining Belgium as a German economic colony speaks volumes about his agenda. Although he publicly minimizes the power of Germany’s right wing and militant Junker class, Dernburg serves their empire and represents their interests in America. Despite his past reputation for turning around failing concerns, he cannot seem to help but confirm anti-German prejudices by way of combating them. 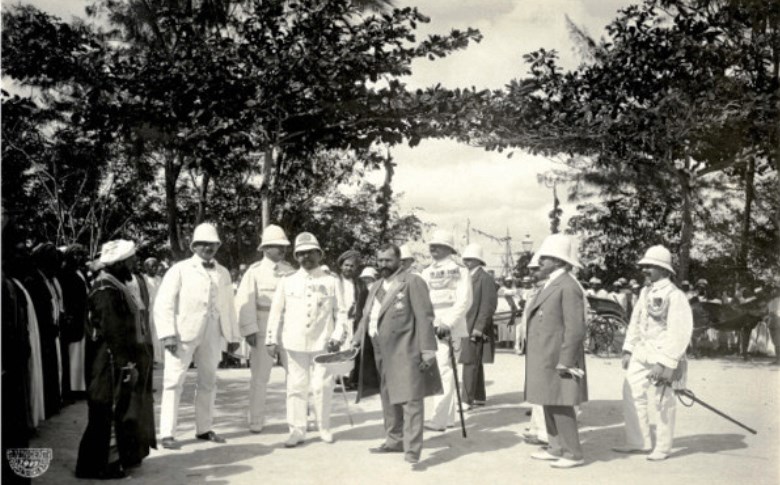 Reformer: Dernburg visiting Zanzibar in 1909 as Secretary for Colonial Affairs in the Wilhelmine government

Britain has cut Germany’s transatlantic cable, severely limiting Berlin’s ability to make public news responses in America — and inspiring Dernburg to call for ‘neutralization’ of the world’s cable lines in addition to its seas. There are no ‘British-American’ newspapers in America, but the language barrier still works against German newspapers in the United States. Despite their significant readership within the German-American community, the New Yorker Staatszeitung, for example, is obviously not being read daily by the larger American public or the English-language press.

The problem isn’t a shortage of propaganda material, but a shortage of friendly outlets. Whereas Britain is only too happy to provide newspapers with whatever information or propaganda they are willing to print, Germany lacked such a systematic approach. As a result, British newsreels were soon dominating American cinema and allied propaganda was having an effect on American public opinion of Germany very quickly.

Upon taking up his impromptu mission to increase the number of outlets, Dernburg immediately enlisted the aid of Germans who are stuck in the neutral United States because of the war, diplomatic personnel linked to espionage activities at the German embassy, and German-Americans with mastery of the English tongue. The latter group includes George Sylvester Vierek, whose weekly propaganda paper The Fatherland is housed next door to Dernburg’s German Information Service on Broadway. Preferring to go by his middle name, Vierek is the son of a German international socialist who immigrated to America in the 1880s and returned home to retire in 1911.

Calling for “fair play for Germany and Austria-Hungary” in his masthead, Vierek writes on all the same themes as Dernberg, including neutralization of the seas and the controversies of American neutrality. Yet in June, after Dernburg leaves the US in frustration, Vierek will claim that Dernburg never once visited his office next door. Becoming yet another transitional figure between the Second Reich and the Third, Vierek will go on to interview Hitler and become one of his chief apologists in America, earning a prison term during World War II.

“Why,” I asked Hitler, “do you call yourself a National Socialist, since your party programme is the very antithesis of that commonly accredited to socialism?”

“Socialism is an ancient Aryan, Germanic institution. Our German ancestors held certain lands in common. They cultivated the idea of the common weal. Marxism has no right to disguise itself as socialism. Socialism, unlike Marxism, does not repudiate private property. Unlike Marxism, it involves no negation of personality, and unlike Marxism, it is patriotic.

“We might have called ourselves the Liberal Party. We chose to call ourselves the National Socialists. We are not internationalists. Our socialism is national. We demand the fulfilment of the just claims of the productive classes by the state on the basis of race solidarity. To us state and race are one.”

Indeed, Vierek’s choice of title underlines the growing link between race and nation in the German mind, a process that has been underway along with the national social programs that have become so deeply connected to citizenship in Germany. Dernburg, on the other hand, is already propagating an early version of Lebensraum theory. As reported in the April 25th Chicago Tribune, a war-skeptical Hearst paper, his argument is a Malthusian one:

That Germany is cramped within its borders and must have an outlet for its growing population was his principle contention. He dwelt upon the fact that Germany has ten times the population per square mile that the United States has, 200 times the ratio that prevails in Canada, and 280 that of Australia. It cannot expand in Europe he said but wants to do so elsewhere, particularly in Africa, but has been thwarted and hampered at every turn.

“You cannot force a nation to stop producing babies,” he said. “Every baby that is born has a right to enough soil and air and water to live decently and comfortably. The German baby has the same right as the Russian baby, but he is not getting it.”

Although he insists that Germany does not desire to make an empire of the entire world — “she is too modest, on the one hand, and too experienced, on the other hand, not to know that such a state will never be tolerated by the rest” — Dernburg has done more than almost any other German alive to make the Kaiser’s global empire a success, and his life’s work has been inspired by none other than the United States of America. 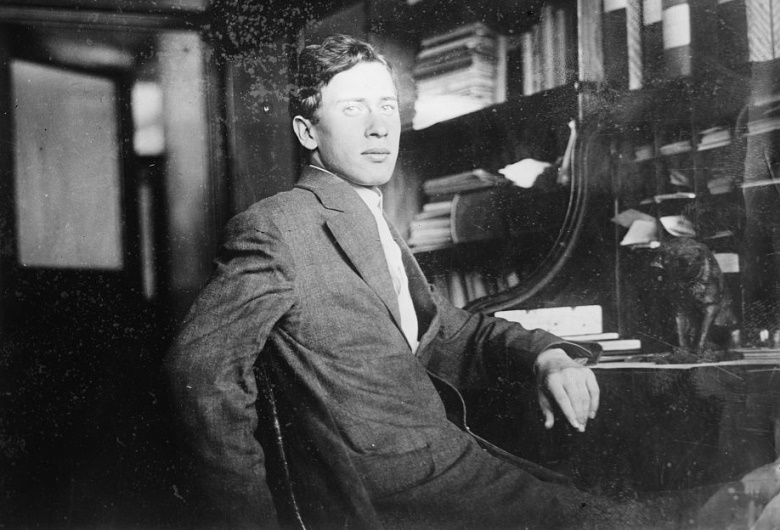 Sylvester Vierek was a well-known poet before the Great War and styled himself as a bastard descendant of the House of Hohenzollern. He became an essayist and interviewer after the Great War

Dernburg first came to America as a banker, but he returned while ascendant within Germany’s colonial administration. A staunch opponent of bloated bureaucracy, he is the reason why Kamerun (Cameroon) had less than one hundred civil servants when war broke out. As chartered corporations had failed to make Germany’s African and Pacific colonies profitable by the 1890s, it became clear that a government ministry was necessary, but Dernburg believed strongly that the best government governed least, so he was especially impressed by Southern sharecropping. The New York Times attended his 1909 speech, noting:

Throughout the evening long references were made to the colonization experiences of the United States. Herr Dernburg, speaking of the treatment of natives in the German colonies, and tracing the evolution of the American Negro, declared that Americans admitted that the Negro question was the most serious problem of the greatest Republic in the world. […] This mass of 9 million quarter- and half-educated negroes [sic] is a danger to the existence of the North American republic. […] Here, only deliberate and rational actions by especially trained and educated people, whose room to maneuver must not be overly restricted, will help. Not too many regulations, no bureaucracy, but men with common sense and free opinions.

Unlike left-liberals who oppose the colonial project, Dernburg thus advocated a hands-off approach to the imperial politics of the colonial overseer. The 1907 reelection victory of the liberal-conservative coalition, which had supported the Herero genocide in Namibia, elevated Dernburg. Wilhelm Solf, centrist former governor of the Kaiser’s Samoan colony in the Pacific, rose with him, taking over as the head of the German colonial office after 1910. Working closely with conservatives in the Reichstag, both men have long promoted plantation agriculture and debt peonage as the proper means of developing a colony’s self-sufficiency — again, in conscious imitation of the American south.

The only way to force the negro to do regular work, according to the opinion expressed by many persons, is to keep him in debt. Among 600,000 colored cotton farmers, 500,000 are in an intermediary state between free men and slaves.

It is somewhat lost on Americans today just what kind of impact the American frontier had on European colonial projects. The Kaiser himself is said to have exclaimed that he “needed Americans” to successfully colonize Africa, and indeed he was very proud of his colonies’ economic self-sufficiency when the Great War began. In Berlin, the fate of the Herero and Nama peoples was compared with American oppression of native peoples as a necessary, if regrettable, act of empire. So it is little wonder that a prewar cotton industry flourished in Togoland under a model of exploitation that Dernburg has imported from Alabama.

Indeed, Dernburg consciously compares these schemes to the Sachsengangerei, the annual migration of impoverished Poles who traditionally make agriculture possible in East Prussia, a Junker stronghold. Germany’s imperial project has been a bid for their own national Manifest Destiny in a conscious imitation of our own, but that will all be over with soon enough. Acute awareness of Polish language and culture will heighten anxieties along the “impossible border” of Poland, a crisis that will resolve again in massacre and exploitation. 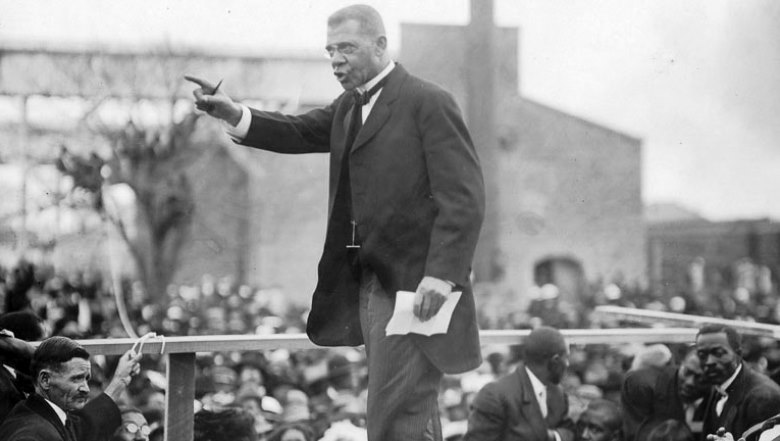 In 1909, Dernburg visited Tuskeegee twice while touring Alabama, Mississippi, Texas, Oklahoma, and Louisiana. An advocate of collaboration with the Jim Crow system, Booker T. Washington had a cooperative program in German colonies after 1902, when he met Kaiser Wilhelm’s brother. As an American Negro leader, he was already being supplanted by the more-militant NAACP