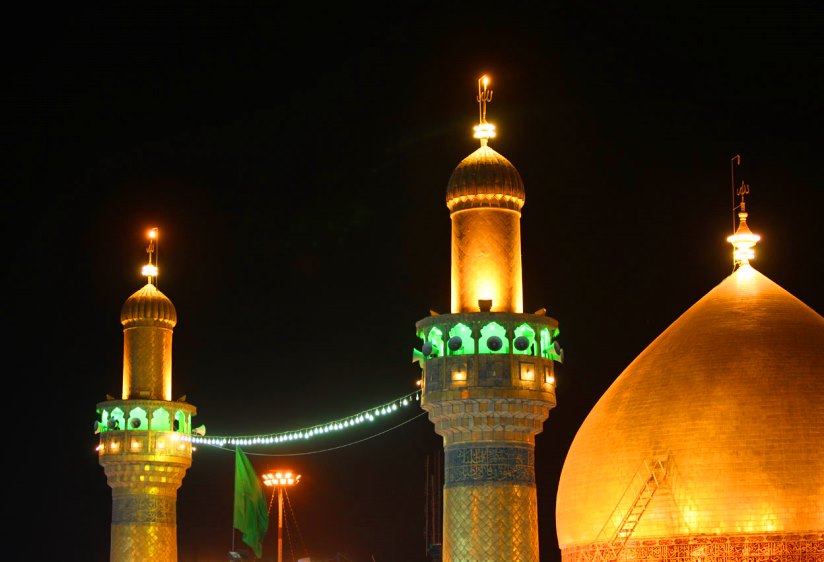 The Ottoman Empire has never been loved by the Shi’a Arabs of Iraq, but relations between the caliphate and its subject populations in Mesopotamia hit a new low point in April. Two battles fought during that month — at Gallipoli, where Arab units melted away in the face of allied landings, and at Shaiba, where Arab units turned on their Turkish masters in retreat — revealed a simmering discontent just beneath the surface of the Arab world.

Their army reduced by half due to desertions, Turkish officers then exacerbated these tensions with house-to-house searches for their missing soldiers. In the Shiite pilgrimage city of Najaf, where troops have forced women to lower their veils while turning over every last rock in pursuit of the absent men, resentments finally boiled over on May 22nd as insurgents laid siege to government buildings and the army barracks, erected checkpoints, and even tore up the telegraph poles for several miles to prevent any relief from reaching the garrison. After a three-day gun battle, the Turkish governor in Baghdad negotiated the safe withdrawal of the Turkish soldiers stationed in the city, leaving behind only a fig leaf of an Ottoman administration. Encouraged by the example, large and small Shiite communities in central Mesopotamia are openly rebelling against their masters at the Sublime Porte.

Today, another coalition of army deserters and Bani Hasan tribesmen burn the municipal buildings, government schools, and even a hospital; two hundred dwellings in the suburbs, most of them belonging to Persians living and trading in the Arab community, are also put to the torch in another episode of communal violence being sparked by the Great War. Whereas the Turks have made enemies by plundering food, money, and possessions wherever they go, the tribesmen now quarrel with one another over the ownership of this loot, and infighting between the militant elements soon produces chaos. The local revolt will only subside when the Turks agree to withdraw. 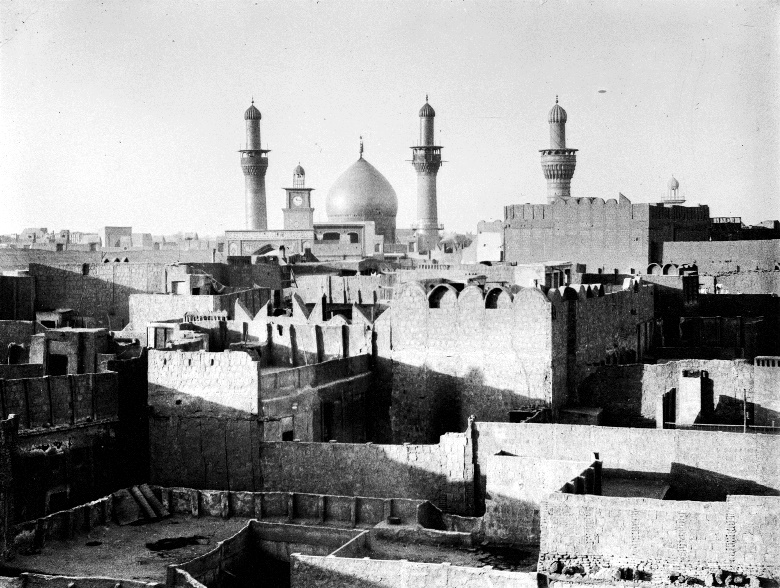 A contemporary view of Karbala’s Imam Husayn shrine, famed for its golden dome and corrosive effect on empires

For the British Empire and regional Commander-in-Chief Sir John Nixon, things couldn’t be going better in Mesopotamia. As Major General Charles Townshend set out to crush the Turkish river bastion at Qurna on the last day of May, his flotilla of gunboats and troop carriers encountered Arab villages along the banks with white flags posted and children waving. Crushing resistance with heavy fire from machine guns and artillery on the boats of ‘Townshend’s Regatta,’ the fifteen thousand troops of the 6th Division swarmed the shore and quickly sent the Turks running. Two days later at Amara, a city of ten thousand ninety miles north of Basra, the first sign of Townsend’s force — a mere river steamer crewed by eight sailors armed with a single 12-pound gun — was enough to inspire two thousand Turks to immediately desert their post, while a mere 250 men and eleven officers elected to await Townsend’s main force and surrender themselves.

But these successes have led to a dangerous contempt for both the enemy and the logistical conditions of the theater. As the lower Euphrates drops in July, parts of it can be as shallow as three feet, limiting the draft of ships carrying men, ammunition, fuel, and food. Resorting to ancient paddle-wheelers that still scrape the bottom of some marshy channels, the British line of supply is throttled by a physical bottleneck that cannot be overcome by willpower alone. Nevertheless, General George Frederick Gorringe commands the 30th Brigade, a combined Anglo-Indian force, in an attack today on the Turkish formation defending Nasiriyah.

This time, the Turks do not run, but deliver accurate counterfire against the British advance. This time, there is a siege and weeks of fighting. This time, the flat trajectories of riverborne guns do not dislodge the enemy from his trenches, and a bloody infantry fight is necessary to force a Turkish withdrawal. Low on medical supplies, Gorringe’s force lives under constant attack by mosquitoes and sporadic harassment by the Budhos tribesmen living on the plains who reject both the British and Ottoman empires with the same violence.

For the white flags are deceptive, and the open revolts in Shi’a pilgrimage cities do not give a full and accurate picture of the human geography of Mesopotamia, which is quite fluid and can be very opaque to the outsider. This is particularly true when the stranger acts with malign, or even unintentional, disrespect for the cultural values of people in the ancient land of Babylon, which has always been a dangerous place for imperial adventures. In that sense, little has changed over the last century, and it suggests that in many ways we still live in the era inaugurated by the Great War. 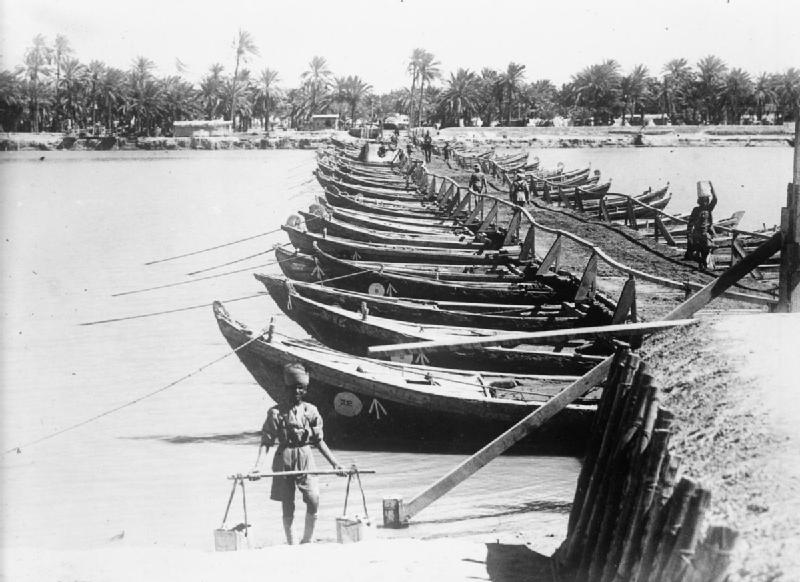 Soldiers in ‘the Empire War:’ Indian engineers on the pontoon bridge across the Euphrates River at Nasiriya