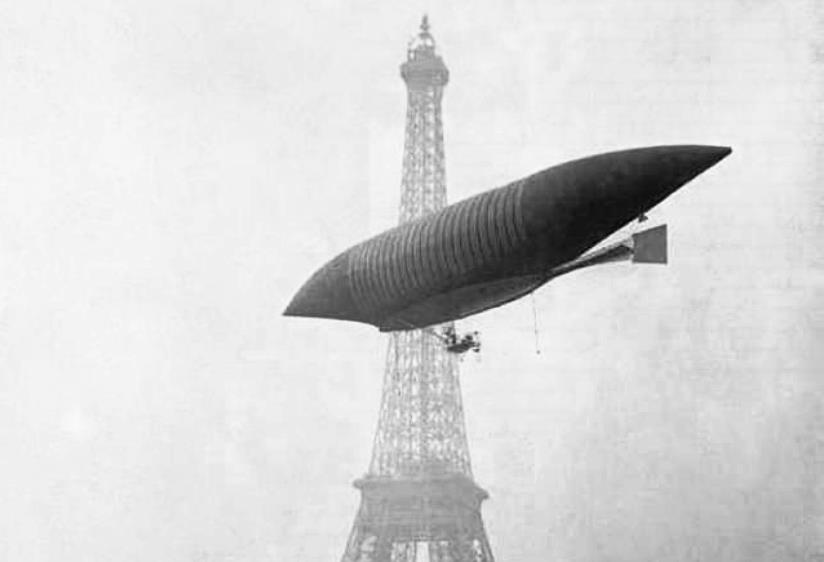 Above: the airship Le Jaune flying past the Eiffel Tower

France is no slouch in the airborne arms race, and French pilots are breaking new ground all the time in a consistent effort to expel the enemy’s airplanes from their nation’s skies. Today, a French dirigible undertakes a raid on the German city of Freiburg in reprisal for German Zeppelin raids on French cities. German Zeppelins have already bombed British and Belgian cities, but they achieve little damage compared to their costs of construction. Instead, their rigid airframes are easily damaged, and they lack the power or fuel to deal with high winds and storms, making them accident-prone.

France, where the first motorized airship was built in 1850, still has an active and vigorous airship program of its own, as evidenced by La Republique. First flown in 1908, it crashed after flying for a little over a year, killing its entire four-man crew. Powered flight is still incredibly dangerous in 1915 even without the Great War, and given how ungainly these craft were, we cannot doubt the courage of the men who flew them. 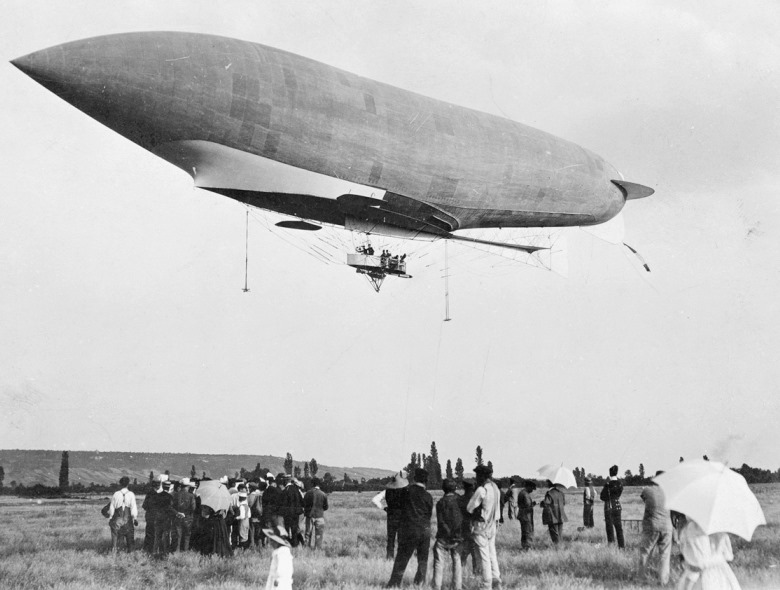 Freiburg has already been visited by allied aircraft several times lately, for allied pilots are becoming bold. Today’s mission crosses the German-occupied Alsace and Lorraine regions to reach the far side of the Rhine, a clear message of allied willingness to undertake retributive missions. The lack of casualties from previous visits has disarmed the populace; despite the limited bomb load of the French aircraft, the people Freiburg are in the streets and on their rooftops when the explosions rain down.

A workman at a Catholic Church is killed by one blast. A bomb tears through a house, taking a hapless woman’s arm off. Then two more bombs strike a busy railway station, killing six children and two men. A simultaneous air attack on the rail yard at Haltingen hits freight cars without killing anyone. As the mourning begins, the hate deepens, and every party’s resolve to destroy their enemy people wholesale only grows. The Great War is getting worse. 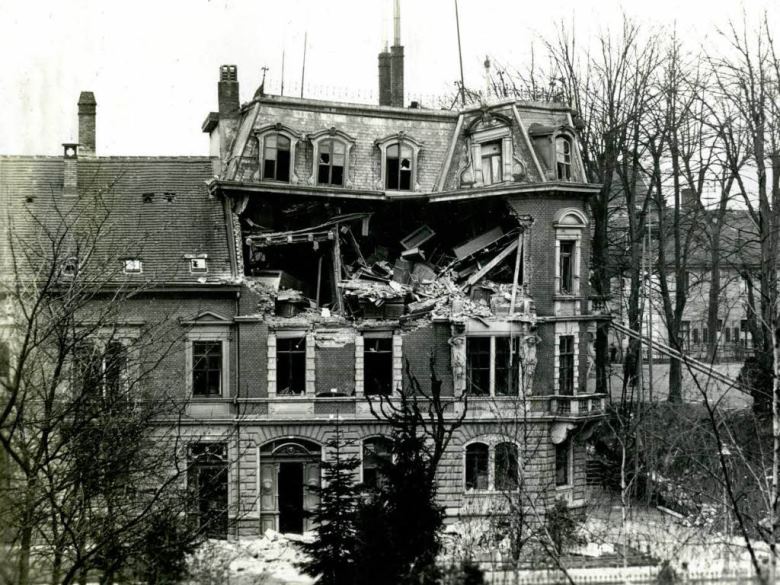 Damage to Freiburg from today’s raid by a French dirigible. Both sides now engaged in deliberate air attacks on civilians

French airships have improved dramatically in the last seven years, but flying them is still dangerous. Freiburg’s air defense guns may have missed their target this time, yet today’s air raid will result in redoubled air defenses, for the air war is becoming another material drain on national resources. Every machine gun or rifled barrel aimed at the sky is another gun unavailable to alter the balance in the trenches.

Instead, they inspire a proliferation and constant improvement of machine types flying higher and higher to avoid ground fire, thus making their bombs even less accurate and more likely to kill civilians unrelated to their targets. As exemplified in the day’s targeting of railway installations, the age of strategic bombing has been born, extending the war of attrition from nation to nation. It is not a pretty process. 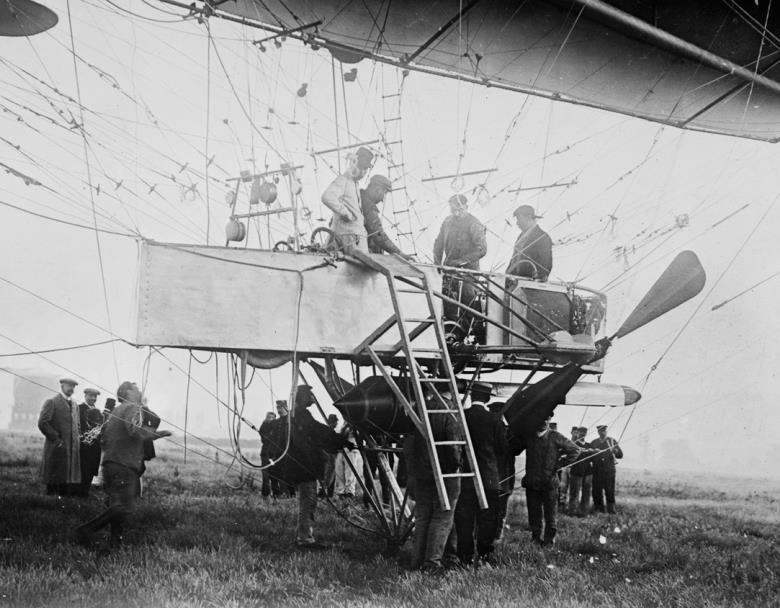 A closeup of La Republique’s gondola. Note the small crew, the open-air engine, and a presumably small bomb load

Today’s mission aircraft is more recognizably a modern blimp than La Republique. Being soft and vulnerable to fire, France will soon determine they are unusable for combat duties and restrict them to observation, which is still inherently dangerous. Across the English Channel, Britain will in fact revitalize their own dirigible development programs in the submarine war of 1917. Fixed-wing aircraft are on an inevitable trajectory to dominating the bomber role, but airships are not finished yet as a platform. 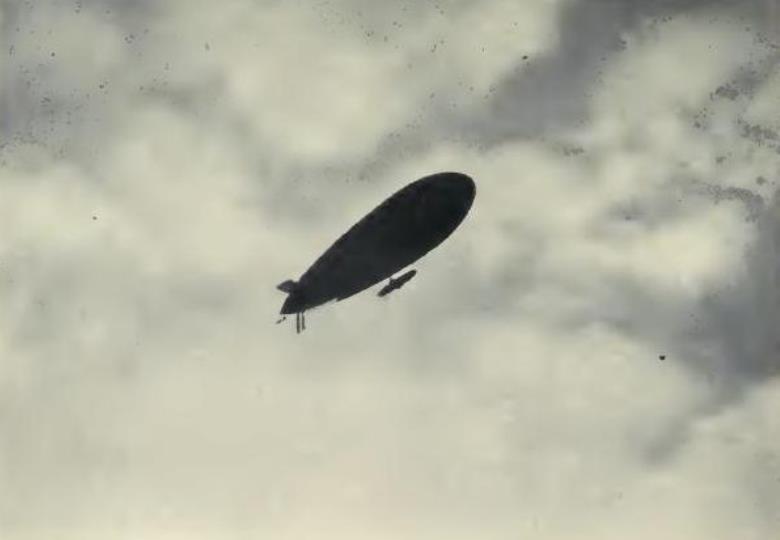 An American photograph of a French dirigible escorting troop ships, on the lookout for German submarines