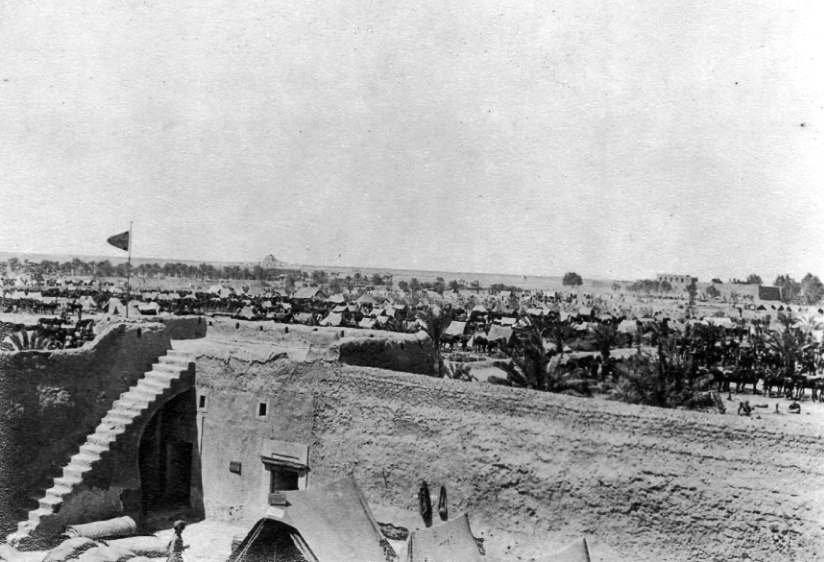 Getting to Basra was easy enough for the Poona Division of the Army of India to do. From the British oilfields in southern Persia, men of Indian Expeditionary Force D merely had to cross the Shatt-al-Arab and march fifteen miles inland along its length with the supporting fire of British gunboats. Because most of the Ottoman Empire’s former troop strength in Mesopotamia had been sent to fight other battles in the Sinai and elsewhere, Turkish resistance in southern Mesopotamia has so far been limited, local, and temporary. Basra, the main Ottoman port on the Persian Gulf, fell without resistance in November after the garrison fled their barracks. 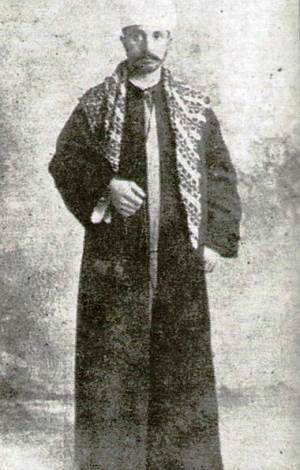 But the Young Turks are still determined to undertake a fanatical defense of their empire’s dominions. Süleyman Askerî Bey, the head of Turkey’s genocidal ‘Special Organization’ and master of intrigues and uprisings in the Balkans and Libya, has spent the last two months recruiting Shi’a Arab tribesmen to fill out his ranks as irregulars. To this end, a government delegation has been visiting regional shrines to lobby the mujtahids (legal scholars) for an endorsement of the Caliphate’s jihad, winning over the Grand Ayatollah Kadhim al-Yazdi. Today, Süleyman Askerî’s force of about four thousand Turkish troops, surrounded by perhaps 15,000 Kurdish and Arab tribal fighters, attacks the British advance base at Shaibah, outnumbering the invaders three to one.

Major General Charles Mellis commands the mixed force of British and Indian troops camped around the old fortress of Shaibah (see above), a strong point on the western bank of the Euphrates River, which is now in Spring flood. Encircled by a trench and barbed wire obstacles, they depend on resupply over the twelve miles of flat, marshy ground between Shaibah and Basra, now covered in water and only passable by small boats.

To break their prepared defenses, Askerî must maintain the attack, outflank their position, and cut them off from relief. He will fail, putting a permanent end to all alliances between the Shi’as of southern Mesopotamia and the Sublime Porte. 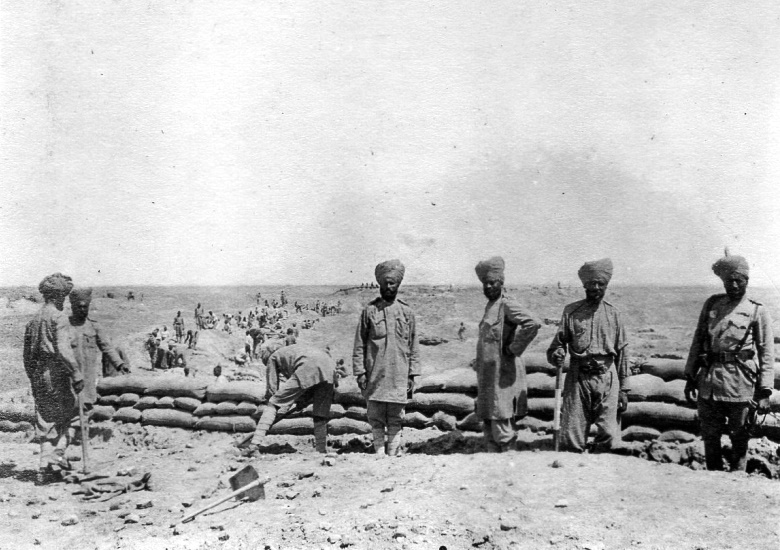 Punjabi soldiers digging the defenses at Shaibah. Hundreds of thousands of Muslims were already fighting the Ottomans

The attack opens at dawn today with a bombardment. In a pattern that is familiar from contemporary battles taking place far from the European fronts, Askerî’s fields guns are unable to destroy the defenses or open a path for infantry attacks; the defenders’ machine guns, and particularly the high-angle guns of the 23rd Mountain Battery, make a simple barbed wire obstacle into a deathtrap. Askerî’s army probes for openings only to find themselves channeled into kill zones. With darkness, they try infiltrating the wire, but the attack is crushed by fire. The Arabs are undisciplined, uneven in their rifle marksmanship, and diverse in age and ability — hardly the right army to undertake trench warfare.

Dawn on the second day finds Askerî’s headquarters withdrawn to nearby Barjisiyeh Wood. General Melliss soon detects a flanking movement, however, and sends out his 7th Hariana Lancers to disrupt it. Armed with their namesake weapon instead of rifles, the spoiling attack fails but draws the enemy out into the open in pursuit. Melliss’s guns hammer them, taking another huge toll. A second attempt by the 104th Wellesley’s Rifles also fails to deter Askerî’s army, but it buys time for Melliss to bring up his 2nd Dorsets and 24th Punjabis. Supported by his artillery, this counterattack finally forces the Arabs to retire by the middle of the afternoon. A Turkish rearguard dies in their defensive trench, allowing the main body to escape.

Melliss takes hundreds of prisoners. He does not know it, but he has already won, for Askerî’s Arabs are turning against him, with many already slipping away in the night.

A British unit of the IEF marching near Shaiba. Note the narrow, unpaved road; such tracks are useless when wet

Setting out to find the enemy on the third day, Melliss finds the Turkish regulars and remaining Arab allies at Barjisiyeh Wood. Beginning his attack in the late morning, by the afternoon he has the enemy pinned down, but his own attack has stalled. Sensing the crucial moment has arrived, he orders the Dorsets and Punjabis to fix bayonets and charge. Without barbed wire or defenses of their own, the defenders break before the assault, and the defeat becomes a rout despite heavy casualties among the attacking Indian and British troops. Burdened with wounded men, short on water and ammunition, Melliss chooses not to pursue the enemy now retreating in disorder and withdraws to Shaiba instead. He has no idea how complete his victory has been.

Learning of the defeat on his sickbed, Süleyman Askerî Bey curses his officers for incompetence and the Arabs for their betrayal, then shoots himself in front of his aides rather then endure the humiliation. Half his Turks are dead, wounded, captured, or deserted; the remnants of his force are retreating towards Khamisiyah with vengeful Shi’a on all sides. As word of the disaster spreads and abiding Ottoman military weakness is laid bare, long-simmering resentments in southern Iraq will boil over into open rebellion. 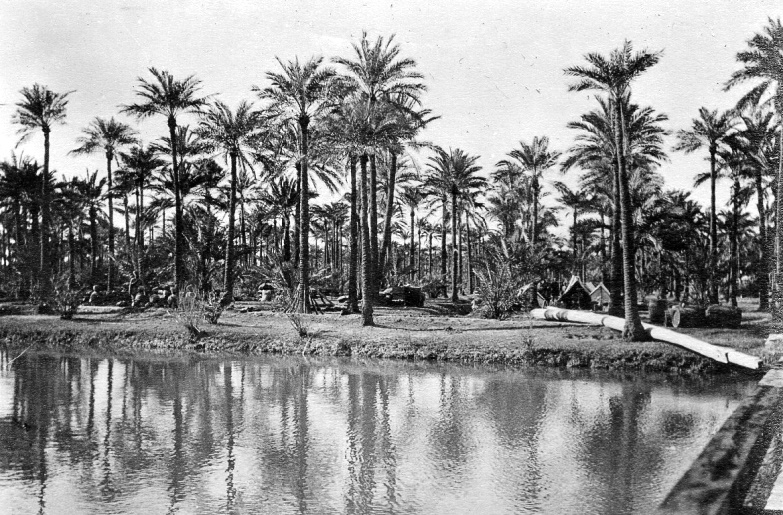 A British camp near Shaiba. Low-lying areas like this were verdant, but prone to flooding in the Spring. Top, middle, and bottom photos are courtesy John Williams via King-Emperor.com