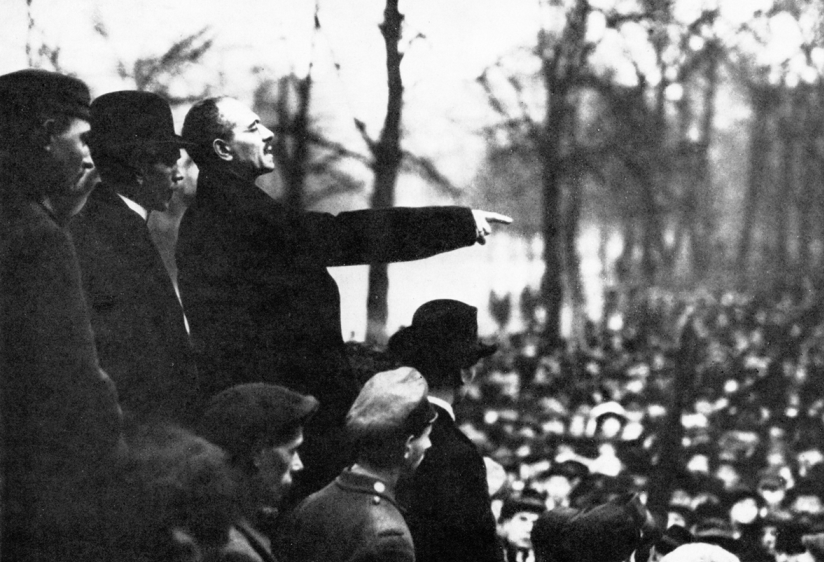 Germany is not a monolith; reactions to the war are as diverse in Germany as any country in the world. Socialist Karl Liebknecht, pictured speaking above, publishes a pacifist pamphlet today. He demands an immediate peace, claims that the war is deeply unpopular with the masses, decries the war’s cost in German life, and denounces socialists who have joined the nation’s right wing reactionaries in support of German nationalist patriotism. Printed in secret, his manifesto is distributed widely enough that it reaches neutral Amsterdam, where it hits the world’s newswires. From there, it becomes lost in a sea of news about sinking ships and murdered men, hideous plights and slaughters of peoples.

Liebknecht represents a minority of Germany’s Socialist Party and a narrow minority of Germans. He has been disavowed and suppressed by his fellow Socialists in the Reichstag, and his address to the Prussian Diet in early March drew complaints from members of right wing parties. If anything, the socialist program of equality is making great strides in Germany, just like other powers at war, but Liebknecht opposes war bonds and capitalist armaments and industrial organization. His action today is a direct challenge to the government’s prior restraint of his speech: he has been ordered not to attend outside political meetings or publish anything. Such defiance can only end in tragedy.

But Liebknecht has courageous objectors for his minority report. Georg Ledebour, who will die fighting Nazism in Switzerland, is a signatory; so is Otto Rühle, a friend of Leon Trotsky who will die in Mexico one day criticizing Bolshevism and a second war. Joining them is historical revisionist Franz Mehring, who will expire of a broken heart shortly after Liebknecht and Rosa Luxemburg are killed by right wing freikorps amid the violence of national collapse and defeat. Clara Zetkin, who will die in Russian exile after serving as a Communist in the Reichstag, has also blessed Liebknecht’s document. 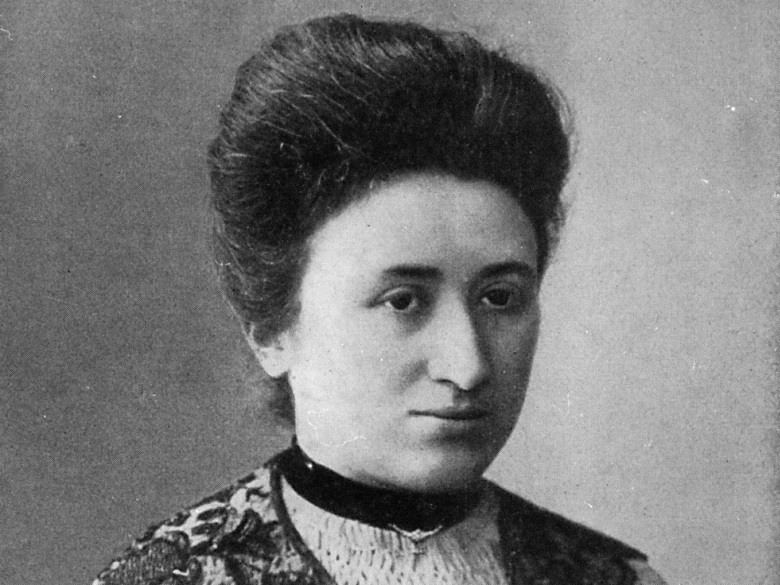 Shot in 1918, Rosa Luxemburg is singularly courageous in speaking out against war and organizing a communist party in Germany

Rumors of imminent death have dogged Liebknecht since the outbreak of war, when stories circulated that he had been shot by the state for refusing to serve in the Army. After his opposition to the government’s budget earned a final rebuke in March, an official German bulletin declared that Liebknecht had been mustered into Landsturm (reserve) service in Alsace. In fact, the day after tomorrow, a source in Geneva announces to the world that he has recently seen Liebknecht “cheerful, in good health, and unmolested by the authorities,” to quote the New York Times.

The unnamed source is close to Vladimir Lenin, and has just returned from a three-day international gathering of socialist youth in Bern. A city in neutral Switzerland that has recently also hosted a meeting of anti-war women socialists, the three-day youth conference concludes today. It is the fourth such convention since 1907, and its participants have adopted a statement recalling the international class struggle that united those previous meetings.

The present war is the result of imperialist policies of the ruling classes in every capitalist country. Even where the ruling classes and their governments present it as a defensive war, it is caused by these same policies, inseparable from capitalism and hostile to the people. The war is irreconcilably counterposed to the interest of the working class, threatening and destroying its vitality, crippling its organizations and hampering its capacity to act against the world’s exploiters.

The policy of “civil peace” represents Social Democracy’s abdication as a party of proletarian class struggle and its abandonment of the vital interests and ideals of the proletariat.

Based on these considerations, the international socialist youth conference calls for an immediate end to the war. It welcomes the efforts of party units in the belligerent countries–and especially the decisions of the international proletarian women’s conference — to renew class-struggle actions and thus force the ruling classes to conclude peace.

The conference protests emphatically against attempts to enlist the socialist youth organization in the service of the bourgeois imperialist youth guards. This aims to divert the worker youth from their proper task of socialist education, through struggle, against capitalist exploitation and militarism.

One of the horrendous results of the present war is to employ youth who are barely past school age as cannon fodder. Given that fact, the conference underlines the need to show young men and women workers of every country how the war and militarism originate and take shape as side effects of the capitalist social order. We must educate them in the spirit of the international class struggle. This will rally them in growing numbers and with growing conviction to the banner of revolutionary socialism.

The diverse attendees of this youth conference have represented socialist organizations with 34,000 members across Norway, Denmark, the Netherlands, Germany, Switzerland, Italy, Poland, Bulgaria and Russia. Ironically, the bullying rise of Bolshevism was already in evidence as the Russian delegation walked out the first day in protest of ‘one nation, one vote’ to the exclusion of Poland. The Russian and Polish delegations have opposed the final statement quote above for not condemning imperialism enough. Lenin, who did not attend in person, will later criticize the gathering for failing to ignite the proletariat. Nevertheless, these events have an effect. In Zürich, a new international secretariat forms with Willi Münzenberg as secretary. A quarterly magazine, the Jugend-Internationale (Youth International), spreads a message of opposition to the war and gives antiwar socialists a forum for thought.

Socialists are not monolithic. They have any number of reactions to the Great War; some reject socialism altogether, becoming reactionaries. The vast majority of German Socialists have cooperated with union and factory organization efforts, become volunteers in the medical and volunteer organizations, and otherwise taken part in the ‘war effort’ that other German Socialists die condemning. The Great War may have shattered the unity of the Second International, but the dream of international class struggle cannot be killed with mere bullets.