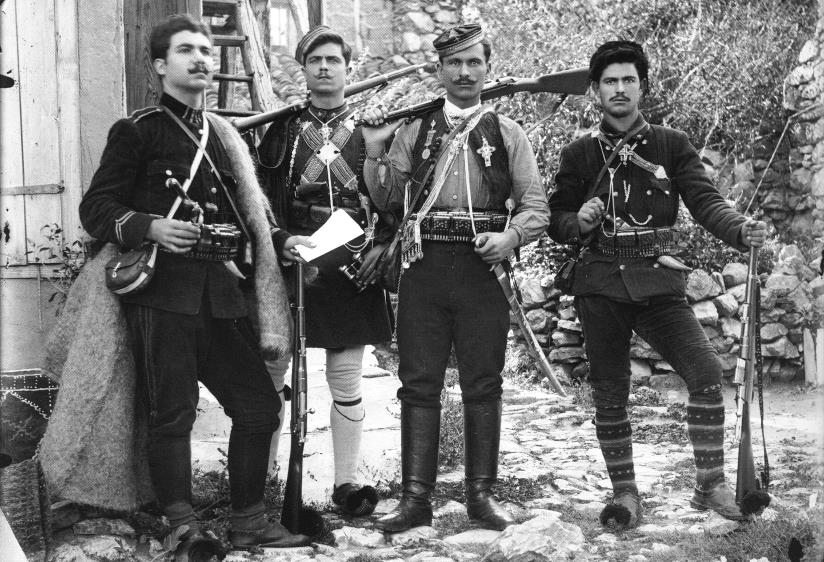 The Great War is a result of the collapsing Ottoman Empire. As the Bulgarian nation revived from its ancient subjugation, the Sublime Porte fought ruinous wars with an independent Greece and a ravenous Russia, then began to lose its grip on the Balkans. From 1904 to 1908, a period known as the Macedonian Struggle, rebellion stirred a national dream that gave way to the Balkan Wars; Lazaros Apostolidis, the ethnic Greek partisan pictured above second from the right, wanted to unite the southern coastal portion of Macedonia with Greece, while Bulgarian and Serbian and Albanian residents of the region had their own ideas. These divisions turned into battle lines during the Second Balkan War of 1913, as the victors of the previous conflict turned on each other after throwing off their Turkish masters and divided Macedonia among themselves.

This tragic history is prelude to what happened four days ago when a large Bulgarian force — including ethnic Turks — entered the eastern portion of Macedonia to occupy the towns of Udovo and Valandovo, breaking the railroad link between Skopje, the capital of modern-day Macedonia, and Thessaloniki, which is now Salonica in Greece. The incursion is intended to spark rebellion against Serbia, Bulgaria’s former ally turned enemy. Todor Alexsandrov, a Bulgarian Macedonian revolutionary who organized resistance against Greece and Serbia during 1913, led the attack.

At the end of his daylong incursion, Aleksandrov had killed or wounded more than 350 Serbian troops at the cost of forty of his own men. He then marched off with 5,500 Muslim residents of the villages surrounding Valandovo to serve as hostages. These outrages draw a diplomatic response from Greece today, but of course the government in Athens is helpless to take action, for the weak new premier is caught between popular demand for retribution and the Greek monarch‘s favoritism towards Serbia’s enemy, the Central Powers, whom the Bulgarians also favor. Meanwhile, a disingenuous Bulgarian diplomatic letter today blames the abuses of the guerrilla bands (Komitadji) on Serbia.

It is the latest sign of which way events are headed in the Balkans. 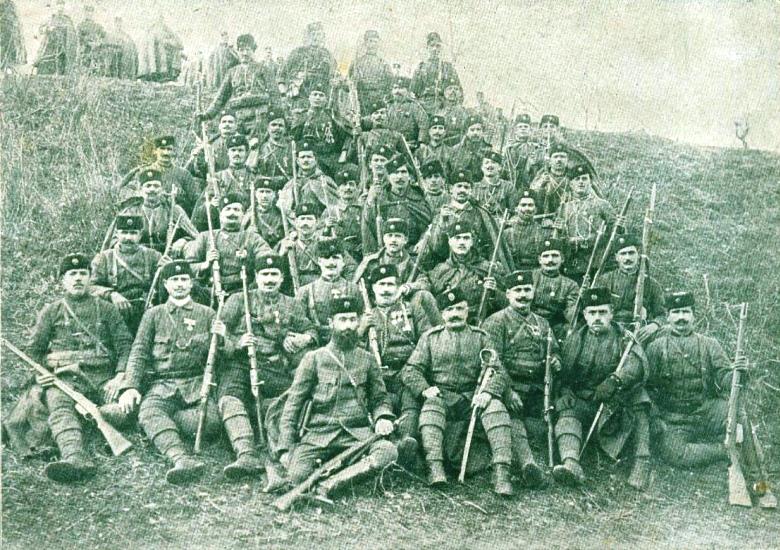 First, the dream of Macedonian nationhood is literally being murdered. Jane Sandanski, the leftist warlord (voivode) who has renewed his call for a politically autonomous Macedonia within a reformed, socialist Ottoman Empire after supporting the Bulgarian side through the Balkan Wars, is assassinated by rivals near the Bulgarian city of Melnik on the 22nd of April. It is the end of a long, yet hardly illustrious, career: Sandanski rose to international prominence by kidnapping an American missionary named Emma Stone in 1901 to finance his uprising with her ransom. Having already survived one recent assassination attempt in Salonika, he is a man with plenty of enemies. 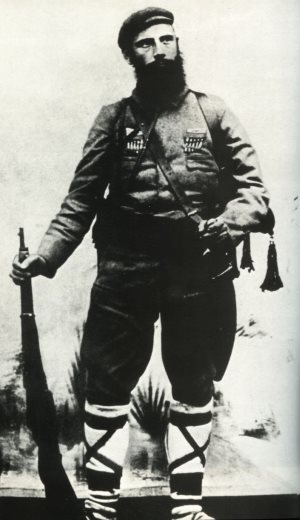 Serbia, which has already conscripted Macedonian men into its army, tries to rally the people within Vardar Macedonia. But with no prospect of liberation from yet another hated imperial power, the people are sullen and unresponsive, even resistant. Serbian authorities respond by sending more troops to ‘protect’ the Vardar, declare its population Bulgarian, and treat the eastern region abutting the Bulgarian border like an occupied territory.

Meanwhile, a bidding war is underway for the loyalties of Tsar Ferdinand I of Bulgaria, a distant cousin of Kaiser Wilhelm. Like his great strategic rival, the Tsar of Russia, Ferdinand harbors a crusader’s sense of mission about ‘liberating’ Constantinople, but he is no doctrinaire. He also longs to restore the long-lost Macedonian province, which Bulgaria lost in 1878 and then again in 1913. Seeking a game-changing alliance to crush the Serbian kingdom and its national dream into extinction, Berlin offers all he wants, and so much more.

By contrast, Russia wants to seize the ancient seat of Eastern Christianity and make it a Russian domain, along with the rest of European Turkey, and his Western allies show every sign of giving him everything his wants. Despite official secrecy in London, Ferdinand knows the Triple Entente is busy giving Italy everything it wants to turn on Austria. Bulgaria stands to take the leavings in such an alliance; still smarting from humiliations, Ferdinand would rather help carve up Serbia and leave Constantinople to the Turks.

Aleksandrov fails to inspire the uprising he wants in Macedonia. Instead, episodes like the one which reaches its diplomatic conclusion today produce streams of refugees and reports of atrocity, as they have in Kosovo, another contested ethnic region bordering Macedonia. After Bulgaria attacks Serbia, a veritable flood of civilian and military refugees quite literally comes downstream to Salonika, where French and British troops are currently building a strategic base in neutral Greece. For the allies, stung by their unexpected defeat now unfolding in the Dardanelles, Salonika becomes the seed of resistance and eventual victory in the east.

Eventual allied victory means continued Serbian rule. Snuffed out once more, the flame of hope for an independent Macedonia will remain extinguished until 1993, when the landlocked former Yugoslavian domain gains international recognition over the objections of Greece. 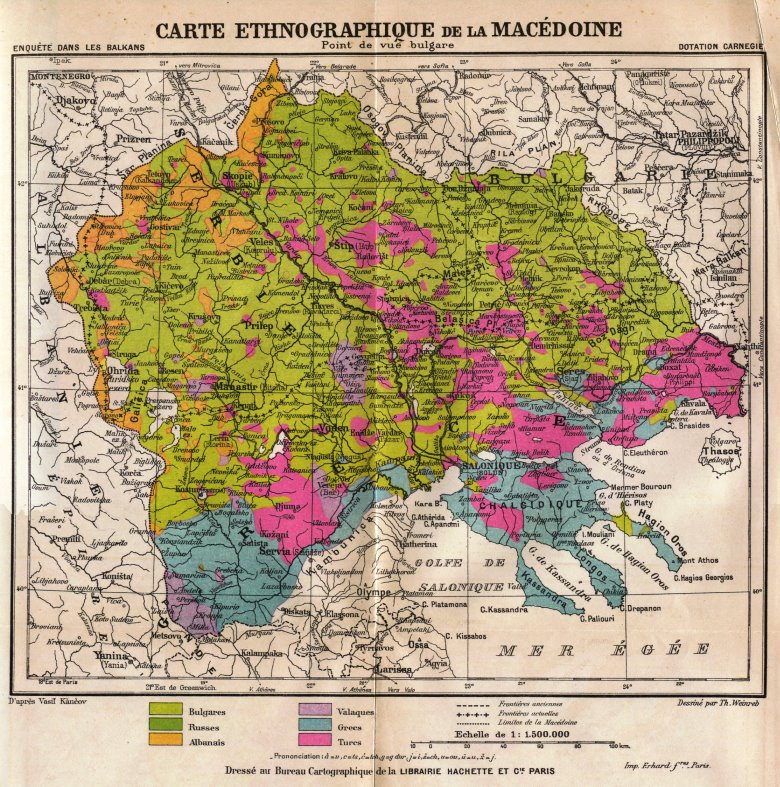 Salonika lies on an easily-defended peninsula 140 miles from the Macedonian capital. To see the full-size version, click here