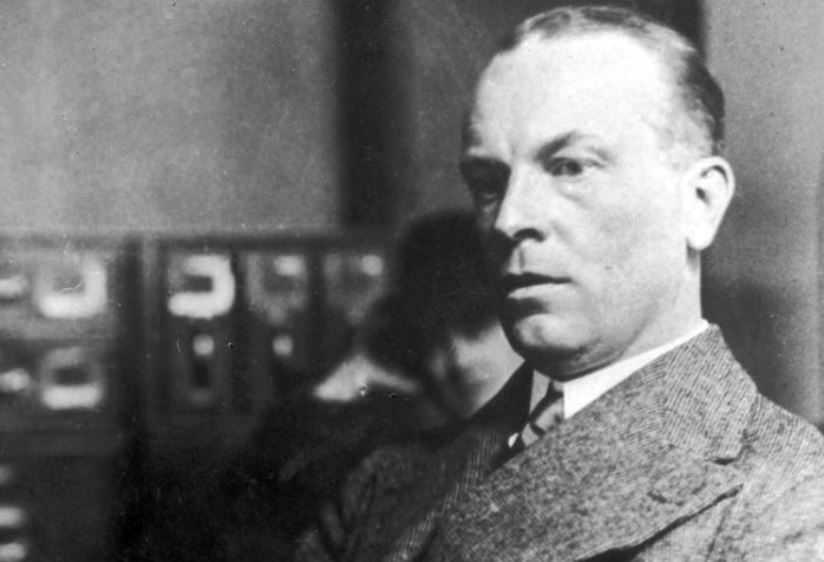 Captain Franz von Rintelen, a German Naval Intelligence officer, arrives in New York today (see photo). He is carrying the Swiss passport of one Emil V. Gasche; it is a quality forgery made in the name of Rintelen’s brother-in-law. He has come to the United States with an independent mission profile, but there is already a well-developed network in place. In fact, Germany has the largest spy network in the world, and their plans for the Americas are ambitious. 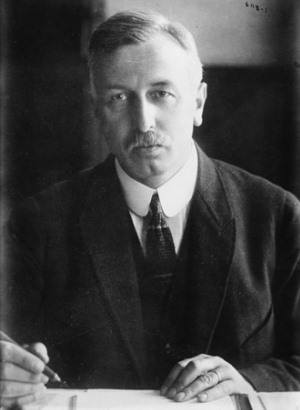 Trained in law, Heinrich Albert will briefly serve as Treasury Minister in the Weimar Republic

Franz von Papen, the reactionary spymaster in America who recruited a German man named Werner Horn to bomb a railroad bridge on the US-Canadian border in February, works under diplomatic cover in Washington, DC. Fated to become a key transitional figure between the Second Reich and the Third, Papen currently oversees multiple, overlapping covert programs to foment insurrection in India, Ireland, and Mexico. His agents in the United States, including naval attaché Karl Boy-Ed, have paid for coal ships to refuel German commerce raiders at sea, conducted industrial sabotage to stem the flow of war material to France and Britain, and bought up commodities to keep them out of allied hands. Rintelen has similar plans to keep America from tipping the balance of war against Germany. In New York, he connects with Heinrich Albert, commercial attaché to the German consulate, to buy and destroy smokeless gunpowder while doing ‘business’ as the Bridgeport Projectile Company, removing it from the market. Leaving most of the money that he brought to America with the Transatlantic Trust Company, a concern he sets up with the financial backing of the Austrian embassy, Rintelen even tries to buy a du Pont gunpowder factory.

Rintelen is prolific. Known at the company’s William Street office as ‘Frederick Hansen,’ he also keeps an office around the corner on Liberty Street, where he spends a half-million dollars — about $12 million in today’s money — encouraging American munitions workers to conduct strikes and work slowdowns. (David Lamar, the local mob-connected con artist Rintelen hires to run the Labor’s National Peace Council, produces little more than noise.) He also tries to recruit American labor leader Samuel Gompers. Working with a German chemist, Rintelen designs a small incendiary device that can be manufactured by interned German merchant sailors in New York harbor. The time-delayed ‘pencil bombs’ are then used to sabotage munitions shipments, destroying an estimated $10 million in cargo on three dozen ships by 1916. 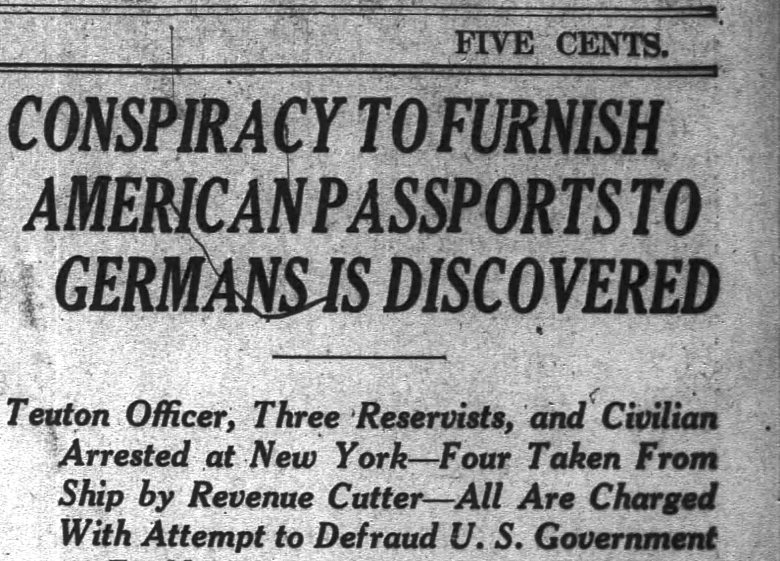 Broken up in January, Papen set up a passport forgery operation intended to help German reservists go home to the fight

Upon learning that the deposed Mexican dictator Victoriano Huerta is in residence at the Manhattan Hotel, Rintelen approaches him to discuss plans for a coup that might return him to power, with German backing, to declare war on the United States. Rintelen reasons that the resulting conflagration will keep America too busy to join the war against Germany, and stop the flow of arms and ammunition from American ports to Europe. The ever-canny Huerta is slow to trust him; it will take a few meetings before they agree on a plan to deliver weapons to Mexico with U-boats. In the meantime, the US Secret Service has Rintelen under surveillance. Agents follow his movements, eavesdrop on his conversations with Huerta, and wiretap his telephone calls. Sensitive German diplomatic communications are being read in Room 40 at Whitehall, which shares them with the US government. Huerta is arrested for sedition twenty-five miles from the Mexican border and held at Fort Bliss, Texas, where he later dies. 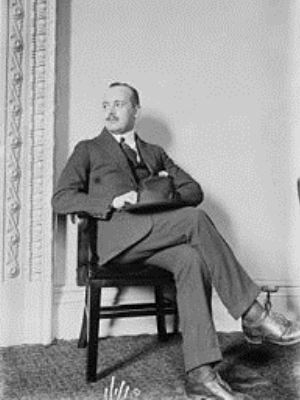 Angry that Rintelen has attracted attention to himself and compromised security, Franz von Papen asks Berlin to recall him. Though it remains unclear whether the message came from Berlin and was intercepted by Room 40, or was in fact sent by British intelligence to trick Rintelen into sailing for Europe, the recall does arrive on July 6th, much to Rintelen’s surprise. Leaving on a Dutch steamer in August, he is arrested in the English Channel and eventually discloses his identity under questioning. Though he will be a prisoner for the rest of the conflict, the secret war he waged in New York is not over.

Most of Germany’s clandestine activities in the United States are directed by agents within the diplomatic corps. With Rintelen’s departure, Papen puts his aide Wolf von Igel in charge of his munitions ship-bombing network, which will transition to bombing munitions factories and is most likely responsible for the July, 1916 Black Tom explosion in New Jersey. Ambassador Heinrich von Bernstorff meets regularly with paymaster Heinrich Albert, opening accounts in cities all across the US — including one later used by Felix Summerfeld, Germany’s arms merchant in Mexico, to arm Pancho Villa. This clandestine activity is in sharp contrast to Bernstorff’s very public opposition to his country’s use of unrestricted submarine warfare and his efforts to moderate the tone of German ‘information operations’ in the US. Writing in 1923, he will deny complicity in these schemes; in fact, he denies them altogether. On the subject of published German diplomatic cables, he says:

Military cipher telegrams addressed, “Attention, Military Attaché,” did indeed reach the Embassy in great numbers, but were invariably forwarded at once to the office of Captain Von Papen in New York without my knowing their contents.

Mr. Von Papen, very naturally, never informed me of any instructions he might have received from his superiors to arrange for questionable enterprises of the character indicated.  Without further evidence I do not consider it to have been proved that such instructions were received by him.

Mendacity aside, it is very difficult for federal authorities to do much about the German subversion and sabotage campaign at first. In 1915, the United States lacks an espionage law to deal with foreign subversives, and American intelligence and counterintelligence agencies are in their infancy. Investigations are sometimes held up by jurisdictional issues: to interdict a plot hatched in Manhattan, but executed in New Jersey, using bombs procured in New York harbor, requires coordination across multiple police departments and law enforcement agencies at a time when ‘intelligence fusion centers’ and national security warrants are far in the future. In their secret war with German spies, Americans face a steep learning-curve.