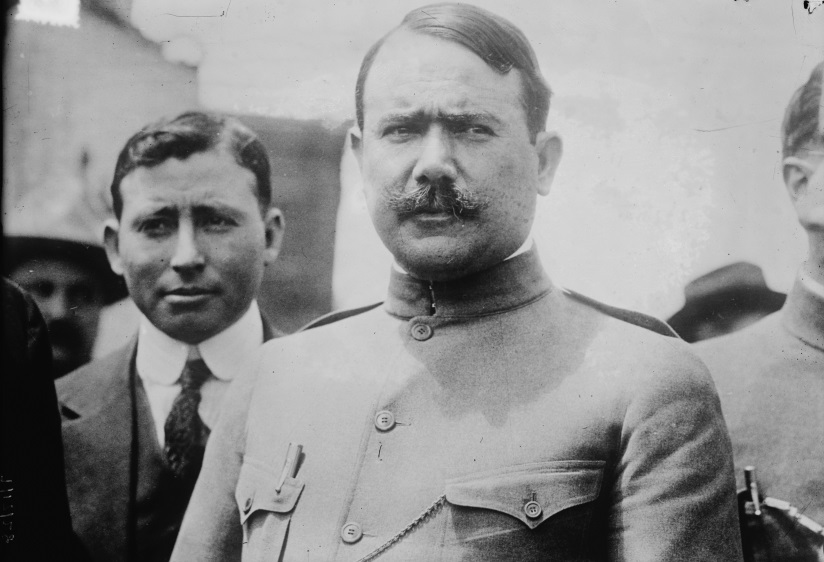 These are hard times in Mexico City, for the post-revolutionary Convention of Aguascalientes is falling apart, and hopes of peace are turning into dread of another looming war.

But neither of his revolutionary rivals is particularly interested in national questions — even the very same ones which preoccupy them at home. Zapata is unhappy with the revolutionary money supply in his home province, while the people of Morelos have cast off their feudal lords and would rather be independent from Mexico anyway. Far away to the north, Villa’s right-hand man Emiliano Saravia, the Governor of San Luis Potosi, has instituted land reform, tax relief, and fixed prices to prevent inflation and food insecurity in the state, but these programs are not being carried out on a national level.

Eulalio Gutiérrez Ortiz, the weakling provisional President of Mexico, managed to irritate all factions equally before fleeing Mexico City in January. Pancho Villa and Emiliano Zapata’s fighters thereafter swarmed over the capital city for weeks, creating resentment and unrest in the population without actually taking power or solving any of the city’s pressing economic or material problems.

Two examples of conflict through currency: left, a 20-peso bill from the Huerta era has been marked as fake in order to debase its value; right, a counterfeit 50-peso bill intended to hurt the value of Pancho Villa’s currency

Instead of fighting, the two sides — Carranza/Obregón and Villa/Zapata — have engaged in mutual attempts to undermine one another through counterfeiting and currency cancellation. The result is economic chaos. Today, Governor Saravia forbids the use of Carranzista currency, i.e. bank notes issued during Carranza’s time in office. Having no effect outside his own state, however, Saravia’s decree will do nothing to strengthen the national government, Villa, Zapata, their program, or their armies. It is just another tit-for-tat decision that impacts the poorest Mexicans most.

Long before the Convention, Carranza goaded a Zapatista delegation that “this land-redistribution business is absurd. Tell me which haciendas you own and are able to redistribute, so that each of you can redistribute what belongs to you, rather than what belongs to someone else.” Yet Obregón proves far more shrewd than his partner when it comes to attracting the middle and working classes to their cause. He promises land reform without the revolutionary violence that has repelled the urban poor and middle classes. While the Convention government has failed to resolve the labor dispute between the electricians of Mexico City and the Mexican Telephone and Telegraph Company, Obregón makes a swift and decisive move to nationalize the company and put Luis Morones, a young trade unionist, in charge of it, to the delight of unionists across the country.

So it is not hard to understand why Obregón is becoming more popular with the residents of the nation’s capital than either Villa or Zapata. “The enemy is growing,” complains one Zapata general, “winning the sympathies of the people on account of our apathy.” Indeed, Villa’s coalition includes former Federal Officers and other reactionaries, allowing Obregón to frame his rival as the craven servant of aristocrats. 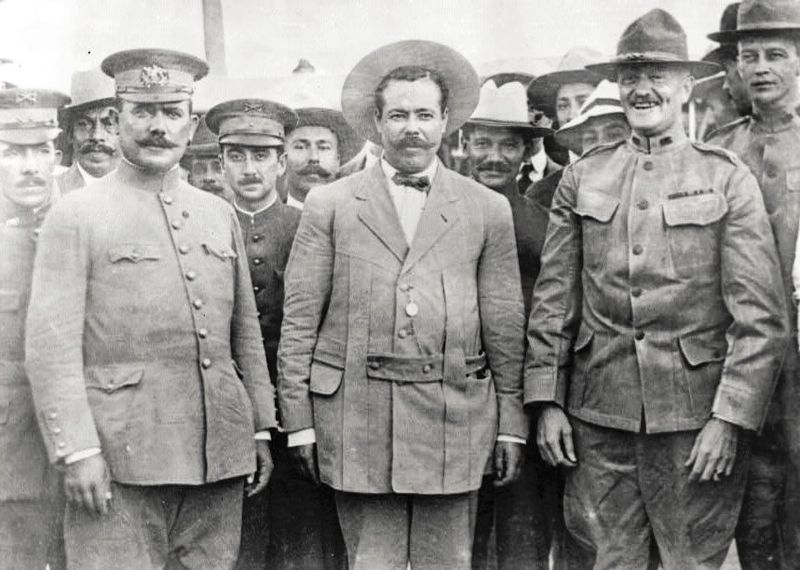 Pancho Villa (center) at a 1913 conference in Fort Bliss, Texas. Three men in this picture — Obregón on the left, General Pershing on the right, and Lt. George S. Patton standing behind him — will eventually defeat Villa in battle

During February, Zapata asked Villa for men and weapons in hopes of securing his position in the south of the country. But Villa, whose División del Norte consists mainly of cavalry and camp followers supported by rail, has no men or material to spare. Though their weapons are modern, including up-to-date German Mauser rifles, Villa lacks a manufacturing center for resupply of guns or ammunition. Sensing the gap between his rivals, Obregón is preparing to take the offensive in a bid to defeat them in detail. Rather than retreat towards Veracruz as Carranza desires, the general plans to march out and meet Villa at the railroad town of Celaya in the next week.

Meanwhile, German agents are hard at work stirring the unrest. Just like Morocco or Iran or Oman, where German policy undermines France and Britain by spreading rifles and rumors, Mexico has become a target of operations designed to destabilize the Americas, including the United States. Today, the steamer Annie Larsen is floating off the Pacific coast of Mexico with a cargo of arms procured by Irish revolutionaries in New York and meant for Ghadar rebels of India. But due to a series of missteps, she will never rendezvous with the oil tanker Maverick as planned, and the guns will later be seized off the coast of Washington state, sparking the longest and most expensive trial in American history. In the meantime, Villa has unsuccessfully offered German agents $15,000 to divert the shipment to his use.

Nor will there be any intervention from the United States this year. President Woodrow Wilson’s contradictory goals — maintaining American interests in Mexico on the one hand while upholding his neighbor’s sovereignty on the other — prevent him from taking decisive action to quell the fighting. Mexico is not done bleeding, and no one stands ready to stanch the flow. 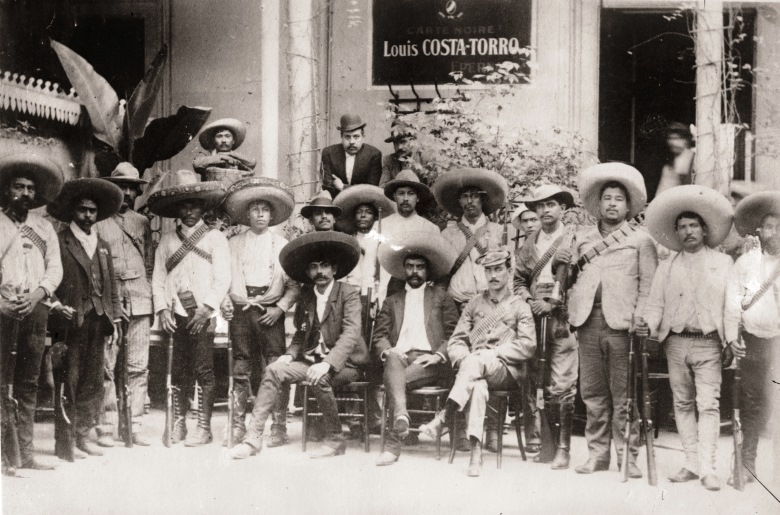 Emiliano Zapata with his campesinos in 1914. Powerful at home, he is unwilling to take power in the country as a whole