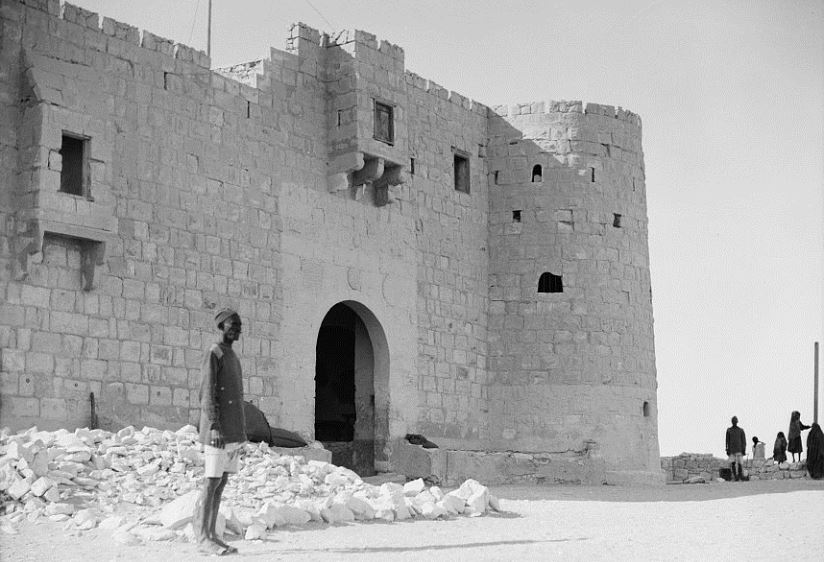 When the Ottoman surge against the Suez Canal was broken at the beginning of February, Bedouin and Druze levies saw the defeat as an excuse to take their newly-issued, modern rifles and vanish into the desert like a mirage. As a result, the campaign in the Sinai has settled into a series of small raids, feints and probes conducted by Turkish troops with German officers operating from a few strategic locations, such as the fortress of An-Nekhel. Situated in the middle of the Sinai Peninsula along what used to be the main overland pilgrimage route from Suez to Mecca, the 16th century structure is hardly designed for modern warfare, but it does have a deep well that provides fresh water for a small command.

Yesterday, a Turkish column under the command of Colonel van Trommer approached the Suez Canal to test the defenses again. The advance element of 400 men ran into a nine-man patrol led by Havildar (sergeant) Subha Singh of the 56th Punjab Rifles, who immediately returned fire, killing or wounding twenty-seven attackers and leading seven of his men to safety despite his own wounds. For his courageous leadership, he will later be awarded the Indian Order of Merit and promoted. Today, General Sir George Younghusband leads a counterattack with his Indian troops, killing forty Turks and taking several prisoners at the cost of a dozen casualties.

But he has only struck the rearguard; the rest of the Turkish column has returned to An-Nekhel. Seen as a strategic sideshow in London and even at the Sublime Porte, the Sinai campaign will be characterized by indecisive firefights into 1917. 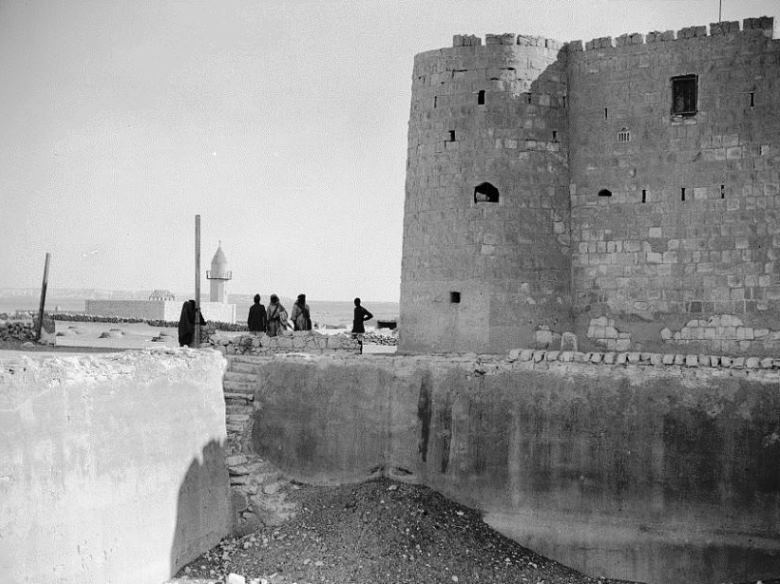 Another view of the fortress with the mosque in the background. Aside from a few dozen homes, there was little else to see here in 1915, yet the fort will be badly damaged in pitched battles during the Egyptian-Israeli fighting of 1956 and 1967

The Ottoman Empire entered the war still reeling from defeats in Libya (1911) and the Balkans (1912-13), when the imperial reserve (redif) forces were revealed to be utterly inadequate and untrained for modern combat. In the last sixteen months, however, the Turkish officer corps has emphasized training and coordination, especially in combined arms operations and infantry tactics. General Ahmed Izzet Pasha has thoroughly restructured the redif forces, doing away with local militia organizations and attaching each nationalized unit to an army corps for annual service.

Since joining the war, Turkey’s army has treated the reserves as a training ground for replacing casualties, greatly increasing the potency of their front-line forces by not diluting them with untrained men. Enver Pasha, who took over as War Minister in January 1914, also attempted to clear away the dead weight in the officer corps by forcibly retiring 1,300 of the Sultan’s incompetent loyalists. The Ottoman Army is a far better, if smaller, fighting force than it was before, but these changes have not led to victory yet. 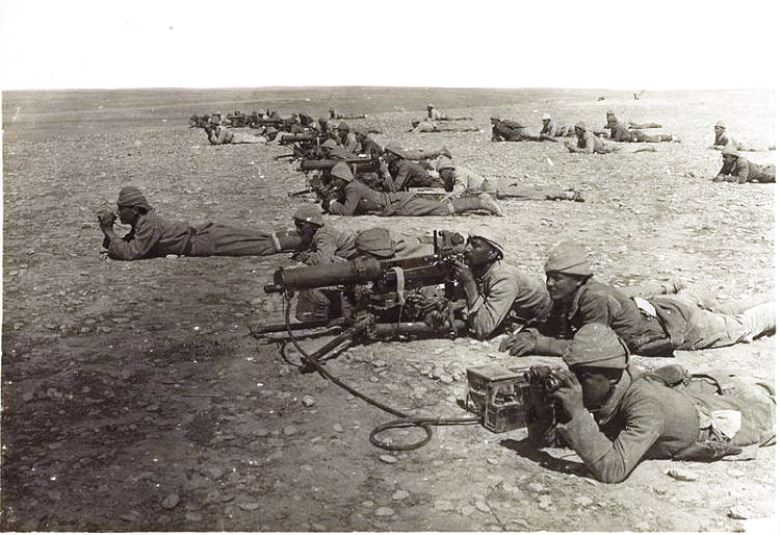 In the meantime, the Young Turks who run the collapsing empire are winning their war against subject populations. Armenian units within the army have been systematically disarmed, transformed into labor battalions, and then marched off into the wilderness to be shot. Five days ago, Turkish soldiers arrested most of the remaining Armenian community leaders in Zeitun, a city which has been the scene of official repression and ethnic violence for months; these captives are all being tortured and murdered. The next day, six Armenian soldiers were hanged in Sivas to terrorize an Armenian population that had already been disarmed after months of abuse, and Greek recruits were massacred near Smyrna.

All of these atrocities are directed from the top. Omer Naji, a prominent leader of the Committee of Union and Progress (CUP, better known as the Young Turks) who took part in the abortive January invasion of Iran and exhorted the force of Kurds in Turkish service to rape and murder Christians, is currently making the rounds at Aleppo and Adana in modern-day Syria to whip Muslims into a frenzy of jihad. And in the towns of Papert and Terchan in Erzerum Province, a combined force of gendarmes (police) and criminal gangs (chetes) is preparing to conduct a pogrom against local Armenians tomorrow, clearing the way for Muslim refugees of the Balkan Wars to be resettled in their place.

The modern Turkish government refuses to acknowledge these horrors. Even some non-Turks still deny that the Ottoman annihilation of religious minorities was genocide, supposing that these events were not systematic enough to qualify. Yet the truth is that the Turkish campaign against Armenians, Greeks, and Assyrians was better-planned, better-manned, and better-executed than the Ottoman campaign in the Sinai. If we measure Enver Pasha’s priorities by his mobilization of resources, the destruction of unwanted peoples was clearly more important to him than a successful attack on the Suez Canal, Britain’s most critical lifeline to India. 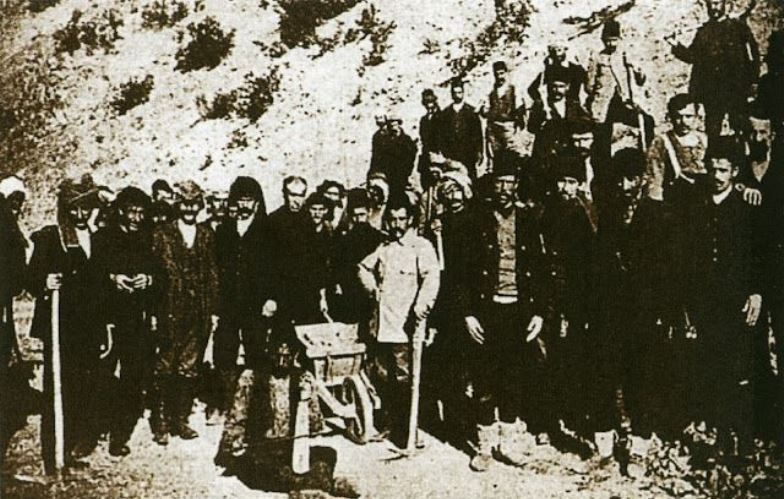 An Armenian unit disarmed, equipped for labor, and photographed…before being marched off to dig their own mass grave