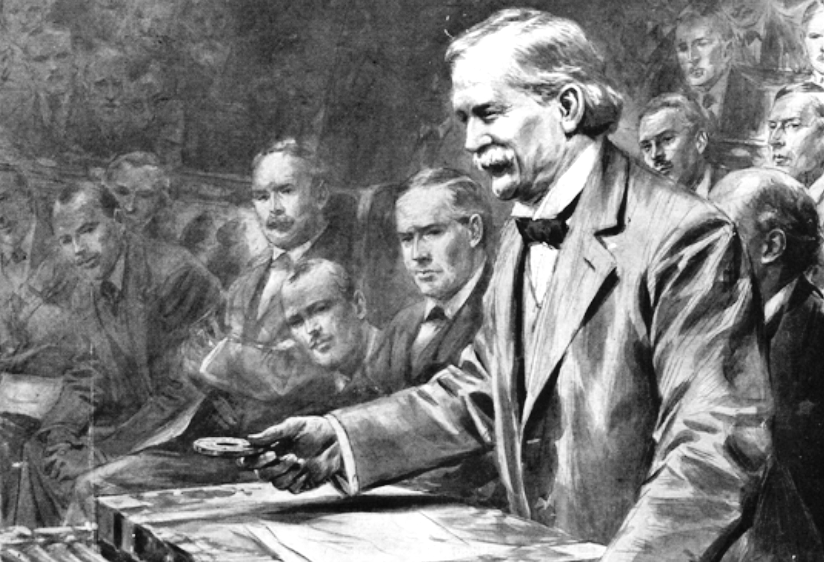 Above: Minister of Munitions Lloyd George shows the House of Commons an artillery fuse.

In Parliament today, a bill is introduced to establish a Ministry of Munitions and authorize the monarch to appoint such a minister. As the debate begins, Mr. Frederick Boothof Pontefract asks why the man destined to hold the office under discussion is not present to speak on the bill.

I understood the Home Secretary yesterday to indicate that the reason for his absence was that he was not entitled to be here. As that objection does not obtain to-day I hope we may be assured that he is attending to this work. If an assurance had been given yesterday that he was busy on munitions, no one would have said another word. The only reason given was that he was not entitled to be here, whereas Mr. Speaker yesterday asserted that he was still a Member of the House and can attend. On that I was expecting an intimation that he was occupied with his duties, and that the House should be asked to excuse him; and we should all agree. In the absence of such assurance I beg to ask my question.

In fact, David Lloyd George is already quite engaged in the hard work of the nascent Ministry, travelling the country to spur local industrial development initiatives and setting up the cadre of technocrats needed to do the remarkable work of delivering hundreds of millions of bombs, bullets, and guns to the Empire’s battlefields. As Parliament does the lawyer’s work of recognizing his new bureaucratic domain today, Lloyd George is meeting with his National Advisory Committee to lay out the daunting task at hand. 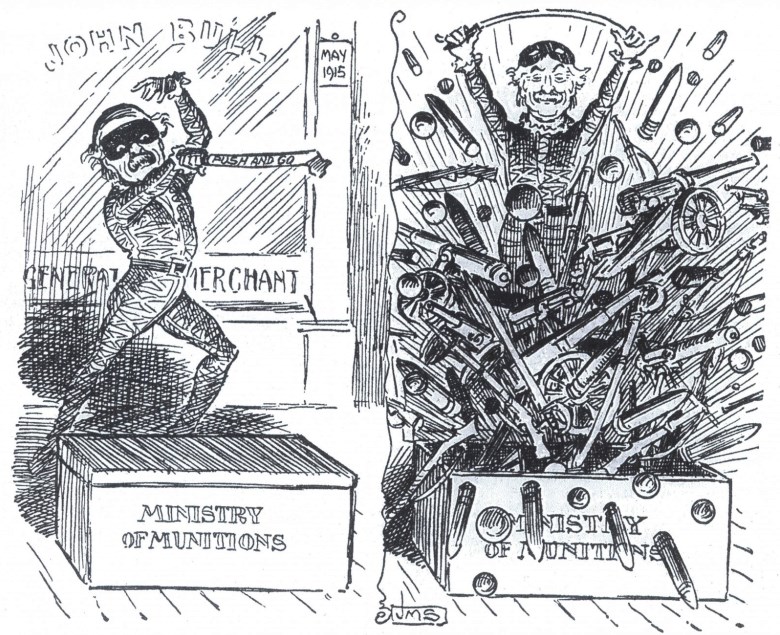 Lloyd George is claiming, for the first time, governmental power over all elements of an industry. The Ministry of Munitions will obtain raw materials, build factories, organize labor, settle trade disputes, advance millions of women into the workplace, and manage wages. These changes are absolutely necessary to procure four million rifles, hundreds of millions of bullets, millions of grenades, a quarter of a million machine guns, tens of thousands of airplanes and artillery guns, thousands of miles of barbed wire, millions of uniforms and boots, hospitals full of bandages, and the sundry kit of modern war at industrial scales. Above all, Lloyd George must solve the shells crisis and produce over 170 million rounds of all sizes. Victory depends on it.

Britain faces a particularly crucial shortage of chemical industries which constricts the supply of nitrates and high explosives, chlorine for gas weapons, acids for batteries, as well as thousands of other wartime applications. But many shortages are human: not enough workers have the skills and knowledge to produce precision fusing mechanisms. Many localities have no trouble churning out shell bodies from multiple locations, but the final stages of machining them can only be completed at one of them. Quality control issues are already a major source of anxiety for British gunners. These barriers and bottlenecks can only be overcome through systematic, applied managerial talent. 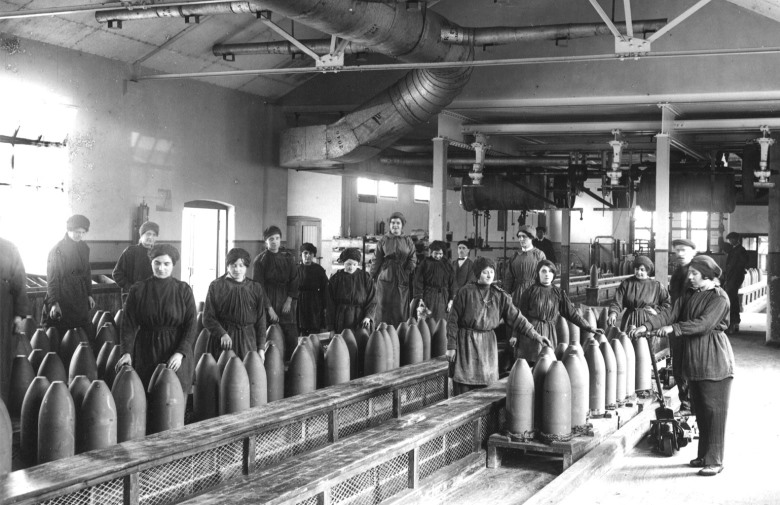 Tomorrow, as the Munitions Bill sails through Parliament, forty days have transpired since a newspaper article brought public attention to the political failures at the heart of battlefield defeats, spurring Asquith to shake up his cabinet and stop procrastinating on Lloyd George’s appointment. But today is a sign of just how absorbed Lloyd George has become in the day-to-day responsibilities of an office that has yet to even be officially recognized. The first fruits of his labor will become clear in the weeks to come, but some will not be apparent for months or even years yet. 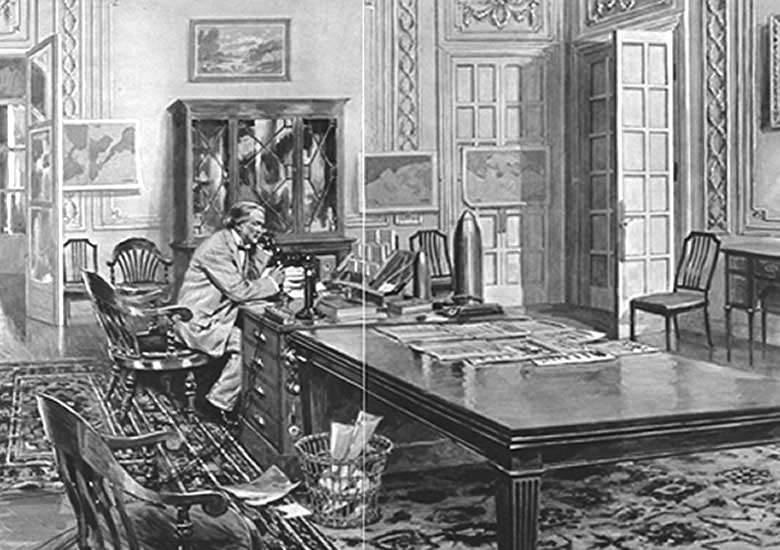 A two-page artist’s impression of Lloyd George at work in his office with multiple telephone lines. Via The Illustrated War News