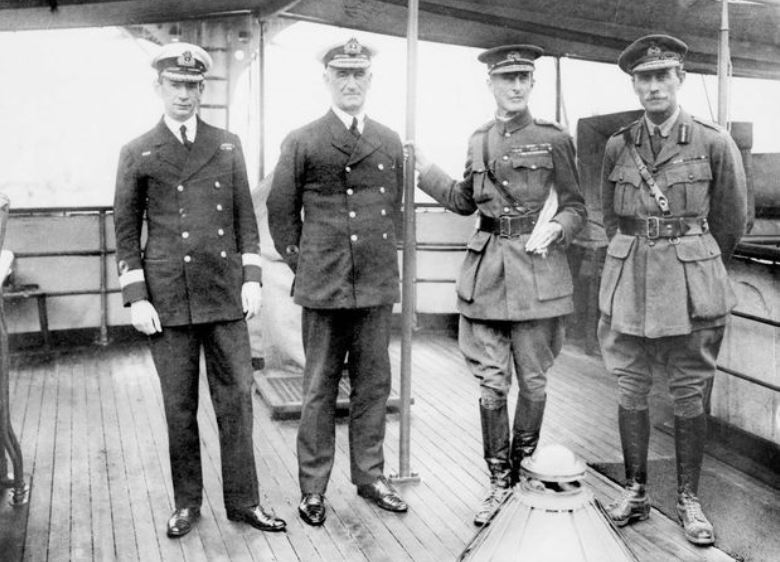 General Sir Ian Hamilton (above, second from right) is on a special train from London today. His ultimate destination is the Gallipoli Peninsula, where a British naval force headed by Vice Admiral John de Robeck (above, second from left) is trying to force its way through to Constantinople and knock the creaking Ottoman Empire out of the conflict. Yesterday, he arrived at the War Office to meet with Lord Kitchener, his old commander from the Second Boer War, who tersely announced: “We are sending a military force to support the fleet now at the Dardanelles, and you are to have command.”

While the two men have seen each other almost daily since the Great War began, it is the first time Kitchener has said anything to Hamilton about the operation. Knowing nothing of the region, the enemy forces, his own staff, or even the allied forces in the theatre, Hamilton understandably pressed for more information. Kitchener, who has been involved in the War Cabinet’s discussions of the campaign, replied that the Army was only being sent as a contingency in support of the Royal Navy, which is still expected to break through the Strait all by itself.

Attended by his new chief of staff, Major-General Walter Braithwaite (above, far right), Hamilton received his written orders today — a mere four pages, or approximately 1000 words — along with Kitchener’s assurance that “If the fleet gets through, Constantinople will fall of itself and you will have won, not a battle, but the war.” Their journey to disaster has begun with an almost flip disregard for the challenges they will face. 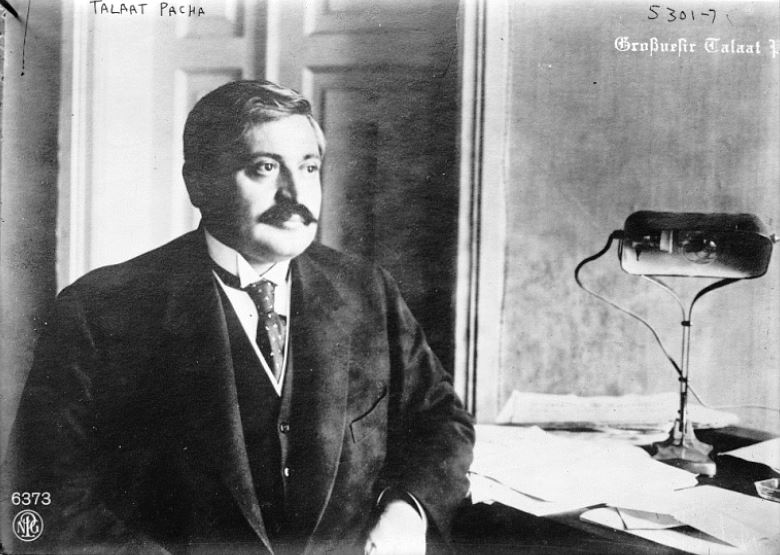 Turkish Interior Minister Talaat Pasha, one of the three most powerful men in the country, would become Grand Vizier in 1917

Britain’s prewar policy of engagement with the Young Turks emphasized upholding the freedom and welfare of religious minorities in Ottoman dominions, particularly the Armenians. But with the allies of the Triple Entente now posing a direct threat to Turkey’s existence as a country, the most powerful men at the Sublime Porte have decided to take advantage of the situation to deal harshly with those oppressed populations. In early February, Interior Minister Talaat Pasha told German ambassador Count Hans von Wangenheim that the war is “our only opportunity to resolve the Armenian question” — chilling words that presage a later German government’s decision to pursue a “final solution” for the “problem” of Jews in Eastern Europe. Indeed, Adolf Hitler will idolize the postwar dictatorship of Mustafa Kemal Atatürk and cite the unpunished genocide of Armenians and Greeks as a primary justification for his own regime’s atrocities.

Preparations for atrocity have been underway for months. Today, Turkish troops disarm the Armenian population of Sivas Province, where they have already raped, looted, and murdered with impunity ever since Enver Pasha arrived there from his disastrous offensive at Sarikamish — a defeat that he baselessly blames on treason by Armenians. Hunting rifles, pistols, and even kitchen knives are confiscated from homes. As April begins, so do the mass arrests and brutal pogroms of a systematic campaign of extermination. The government has already disarmed Armenian army units and marched them off into the wilderness, never to be seen again. The evictions, deportations, and massacres will only grow more intense in the weeks to come.

And the one thing that might stop this horror — an allied victory in the Dardanelles — is never going to happen. 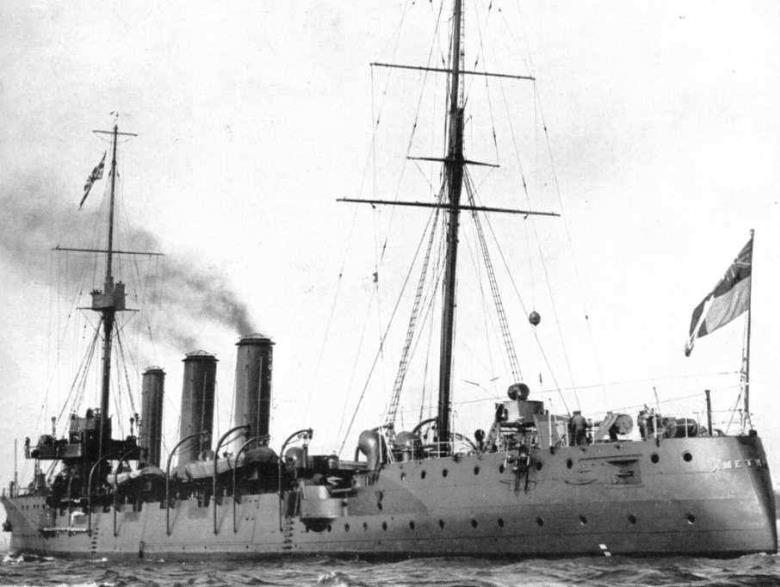 The ‘protected’ cruiser HMS Amethyst, built in 1903 and a veteran of the Battle of Heligoland Bight

The British strategy has left a yawning operational gap between the strategic surprise of attacking the strait and the tactical realities of landings in force — a gap into which the Turkish high command is sending as many reinforcements as possible. Other than a few landing parties sent ashore to destroy damaged Turkish fortifications and the guns positioned in them, there have been no British forces on the peninsula at all yet. Since the 4th of March, resistance to these landings has increased in both heat and volume, and as Hamilton leaves London he does not even realize that his numbers will never be superior to the enemy’s.

Punctuating this reality, in the wee hours of tomorrow morning the HMS Amethyst is hit by shore fire while escorting minesweepers through the strait. A shell penetrates to one of the stokers’ washrooms, where it explodes, killing 22 men instantly and mortally wounding another four; thirty-four men are injured, and the ship is forced to return to the Greek island of Tenedos for repairs. The incident highlights how dangerous minesweeping operations in the strait have become — and suggests that clearing the strait will not be as easy as Kitchener and the War Cabinet have assumed. 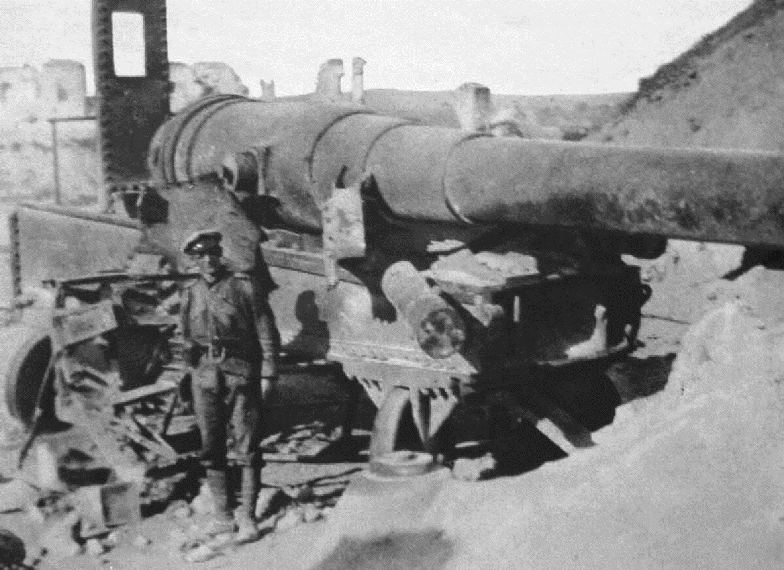 A damaged Turkish gun at Sedd-el-Bahr. When the forts were silenced, field guns began firing on ships from the hills