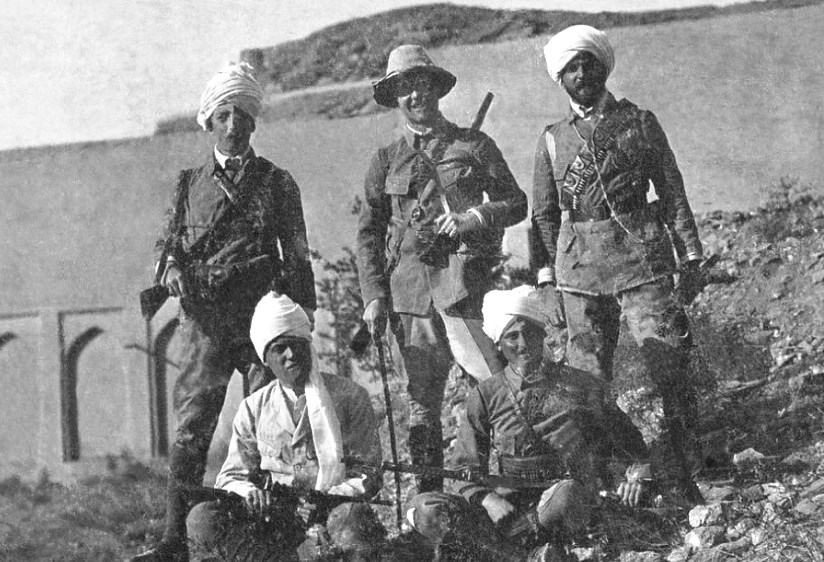 From the early months of the war, German newspapers and magazines gave much attention to the state of Muslims and Hindus under British imperial dominion, with articles focusing on the social welfare and economic exploitation of London’s colonial system. The Ottoman declaration of war was accompanied by the caliphate’s jihad at Wilhelm’s instigation, reflecting his ambitions for a competing expansion of his global empire at the expense of his cousin’s. The impact of the Kaiser’s jihad has been felt from Libya to Arabia, crossing by land and sea as far as Singapore and even Australia. But no section of the British imperial periphery presents a greater threat than the tribal belt of the Northwest Frontier, where the Army of India is stretched thin. Wielding a much larger army than the diminished Persian shah, the Afghan king could potentially break the deadlock on other fronts while providing Germany with an alternate path to China along the ancient Silk Road.

To lobby for that end, a pair of expeditions were mounted by the Foreign Office and the General Staff, the former under Oskar von Niedermayer and the latter under Werner Otto von Hentig. Meeting at the German consulate in Isfahan to consult their map collection, the German leaders chose to combine their columns and take the harshest route into Afghanistan, across the Dasht-i-Kavir (Great Salt Desert) in the heat of Summer and through the most remote border regions. Dodging the Russian and British patrols deployed to stop them — for a large, well-armed caravan including foreigners is difficult to conceal in such a country — the expedition made it to the dusty well at the borderline on August 19th, arriving in Herat five days later. Held up by formalities with Mahmud Serwar Khan, the regional governor, they have been escorted to Kabul by the longer northern route, traveling through Shi’a Hazara lands rather than the southern route through the tribal belt and Kandahar. 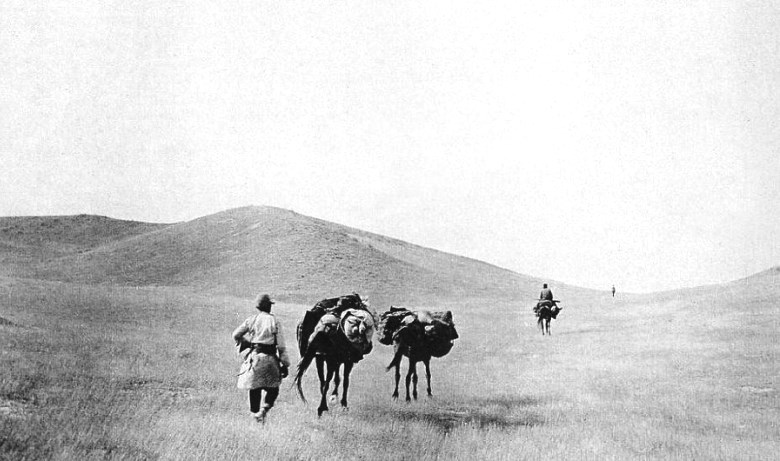 Arriving today at last in the Afghan capital, the expedition is diverse; the photo at top shows four of the Pathan volunteers with Hentig’s translator Walter Röhr. In the foreground are Abdur Rahman Khan and Abdul Subhan Khan, volunteers from the United States who reached Germany by way of the Netherlands. With them are prisoners of war from the Northwest Frontier; captured or defected on the Western Front, these men were recruited at a special POW camp near Berlin equipped with a mosque. Turkish agents are also present, and in a sign of how porous a crossroads Persia really is, the expedition has picked up half a dozen Austro-Hungarian soldiers who had escaped Russian imprisonment. Mohammed Barakatullah and Kumar Mahendrah Pratap represent the shadow government left over from the Ghadar conspiracy, which spans three continents but has failed to spark an uprising within India.

Most of the animals and hired men who began from Constantinople had to be replaced before reaching Tehran, and most of the men and animals hired or bought at that stage have not made it to Kabul. Vastly reduced overall, only a few men of the Central Powers have been lost to the allied cordons, illness, or the dangers of the journey; the core of the mission is very much intact. Yet the palace is a trap, and the guards lining their parade route are barriers to the people, just as the ceremonies and the circuitous route to the capital have been been Emir Habibullah’s way of isolating them like a contagion from his restive Sunni populations. 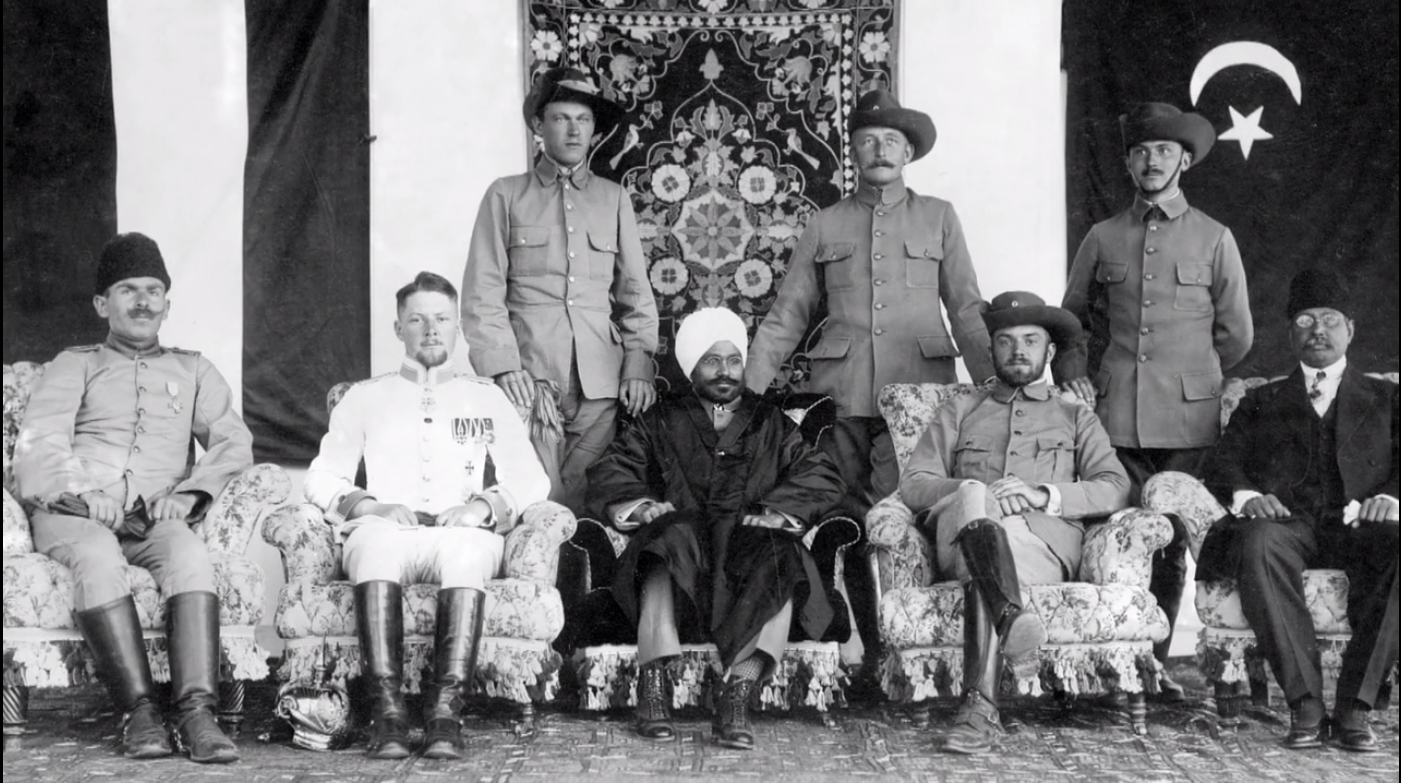 Confined in luxury, guarded by soldiers with bayonets fixed, supplied with medicine and sumptuous food, the Niedermayer-Hentig expedition will spend nearly a week lounging in their fresh uniforms before the emir dispatches a formal letter explaining that he has been absent from the capital and will receive them in a few more days. As he procrastinates, an earthquake shakes Kabul and Niedermayer’s adjutant passes away from malaria; he is buried in the Bagh-e-Babur palace.

Niedermayer worries that having come so far, he still faces his toughest task, and he is right to think so. Habibullah is currently negotiating a raise in his annual British stipend, and he has no interest in pitching his army against the ‘great powers’ that surround him on both sides; his kingdom is the buffer state in the ‘Great Game,’ and after all the Central Powers are far away. It is a calculus that will prove impossible for the expedition to change. 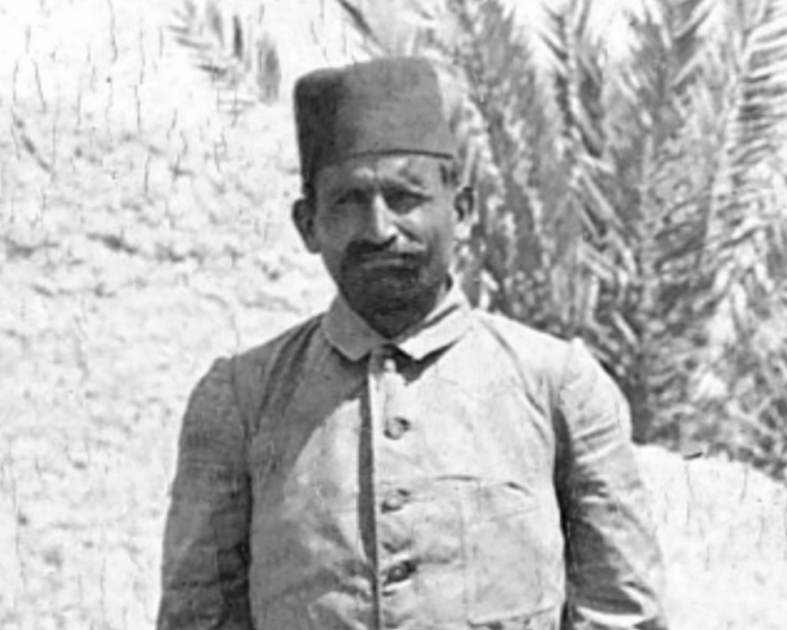 Unexpectedly shipped to the Western Front after volunteering for the 58th Frontier Force, Mir Mast led fourteen fellow members of the Afridi tribe across no man’s land in March, earning an Iron Cross from the Kaiser and a trip home with the expedition