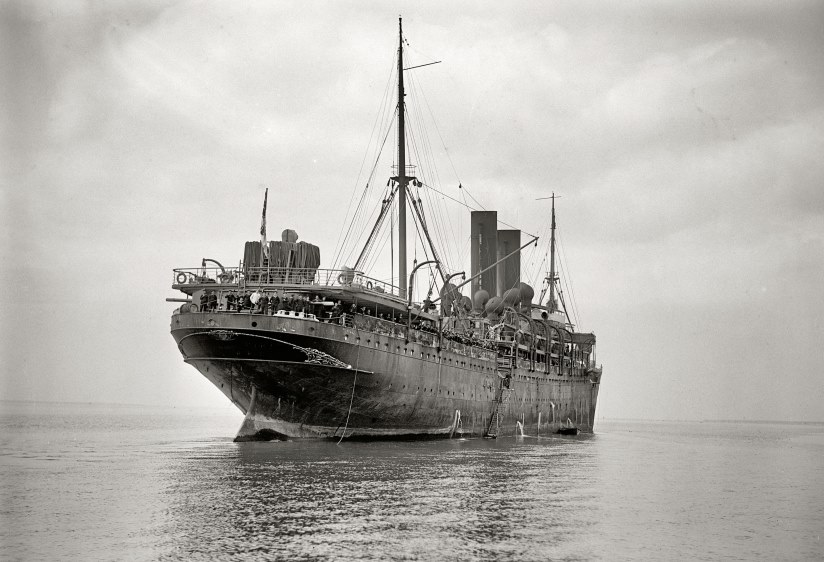 When the Great War began, the North German Lloyd passenger ship Prinz Eitel Friedrich (see above) was steaming towards the German colonial port of Tsingtao on the East China Sea for refitting. Upon her arrival, she was converted as planned into an auxiliary cruiser using the weapons from three old gunboats, the Iltis, the Luchs, and the Tiger, then put under the command of Korvettenkapitän Max Therichens and dispatched with the cruiser Emden to rendezvous with Vice Admiral Maximilian von Spee’s East Asia Squadron in the Caroline Islands.

Five weeks later, with Tsingtao under siege by forces of the Imperial Japanese Army and Navy, SMS Prinz Eitel Friedrich and her fellow auxiliary cruiser Kronprinz Wilhelm took the lead role in Spee’s bombardment of Tahiti. But because she could only reach fifteen knots — hardly fast enough to keep up with Spee’s squadron — the Prinz Eitel Friedrich was detached for independent commerce raiding (Handelskrieg) in November. Since then,  Tsingtao has fallen, the Emden was destroyed, and Spee’s squadron was sunk by a superior British force; only two of the Kaiser’s cruisers are still afloat: the Königsberg, which has been blockaded in the Rufiji Delta for months now, and the Dresden, which escaped destruction under Spee but lies damaged and hidden from British patrols along the Chilean coast.

Along with another auxiliary cruiser, the Kronprinz Wilhelm, the Prinz Eitel Friedrich is Germany’s final remaining surface threat to allied merchant ships. To date, she has made eleven captures, sunk 33,000 tons of shipping, and survived an Antarctic voyage to give Cape Horn and the British Navy a wide berth while transiting from the Pacific to the Atlantic. But her bottom is fouled by barnacles, slowing her down, and her boilers are in dire need of repair. Low on provisions and coal stocks, Therichens is also aware of the tight British blockade on German ports thanks to wireless signals from Berlin. Today, he reluctantly brings his ship into the neutral harbor at Newport News, Virginia. She will never sail under a German flag again. 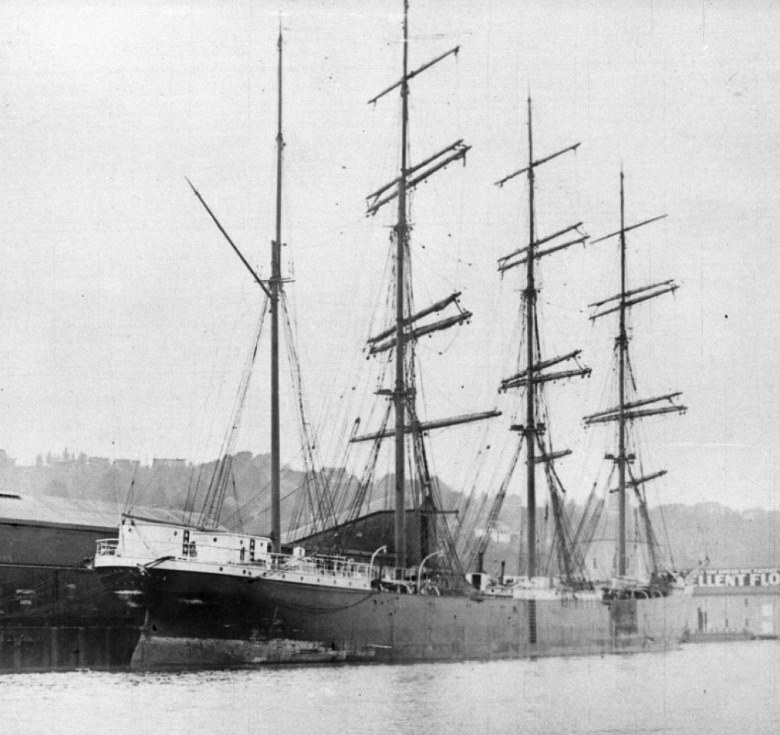 On January 27th, the barque William P. Frye became the first American merchantman to be sunk by a German warship

It is worth noting that eight of the eleven vessels sunk by the Prinz Eitel Friedrich were slower sailing ships, not steamers which might have outrun her. One of these was the William P. Frye, an American sailing ship that Therichens encountered off the coast of Brazil on her way from Seattle to Ireland with a cargo of grain. After ordering the vessel to stop and dump its cargo overboard, Therichens gave the crew twenty-four hours to comply. When he observed the next day that the crew had not completed the task, he took them prisoner and sank their ship. It was the first time in the 116-year history of US-German relations that either country had destroyed a ship belonging to the other, and with the Prinz Eitel Friedrich’s arrival in port today, the incident sparks a diplomatic row from the moment American customs agents see the boat’s weapons — and the more than three hundred prisoners on board.

American inquiries quickly determine that the wheat on board the William P. Frye was almost certainly not destined for use by the British government, which is known to buy flour but not grain. On March 31st, Secretary of State William Jennings Bryan cables a bill for $228,059.54 to the US embassy in Berlin, insisting that it be paid in full immediately. German State Secretary for Foreign Affairs Gottlieb E. G. von Jagow responds that the William P. Frye was bound for “fortified” ports at Queenstown, Falmouth, and Plymouth that are also used by the British Navy, insists on using the same definition of “contraband” that Britain’s navy has used to blockade German ports and starve the German people, and offers to put the matter before a German prize court in Hamburg. However, by then the issue has receded in importance.

A contemporary German postcard of the Prinz Eitel Freidrich floating in the harbor at Newport News. Note all the sailing masts

The affair is complicated by Therichens’s request to extend his time in American waters. Due to the condition of the ship, the US neutrality board reluctantly agrees to let him repair his vessel under strict supervision. On March 18th, Bryan tells the German ambassador that Prinz Eitel Freidrich must leave before midnight on the 7th of April or face internment. By then, the HMS Cumberland and HMCS Niobe are stationed just off the Chesapeake Bay, and Therichens is listening to British wireless signals growing stronger as the Royal Navy prepares to meet his bid for the open sea with gunfire.

In the end, Therichens blinks. After powering up his ship and showing every sign of making for open water with three hundred men and women serving as human shields, he officially requests internment on April 8th. Releasing his prisoners, Therichens and his crew are housed with the men of the Kronprinz Wilhelm, which drags into Newport News in even worse condition three days later. The guns are removed from both ships. When the United States enters the war in 1917, the Prinz Eitel Freidrich is seized, re-flagged as the De Kalb, and used as a troop transport. After the war, she returns to passenger service, remaining on duty until 1924. She is finally scrapped in 1935. 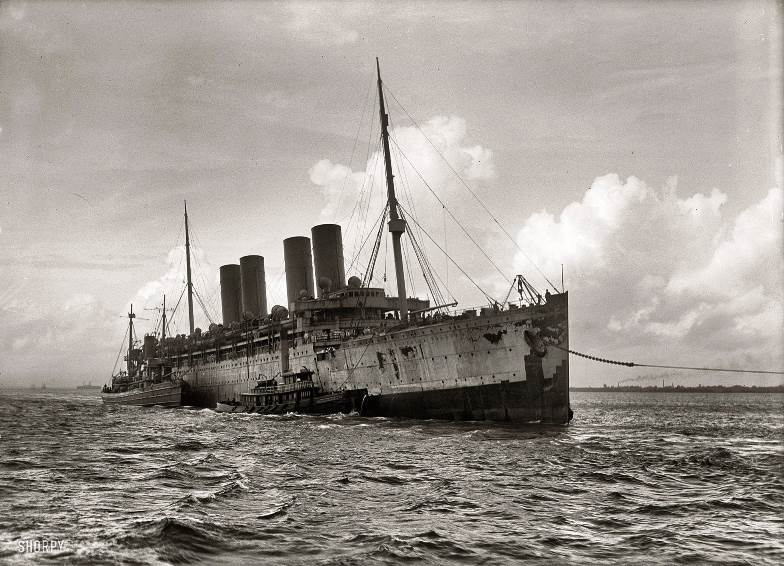