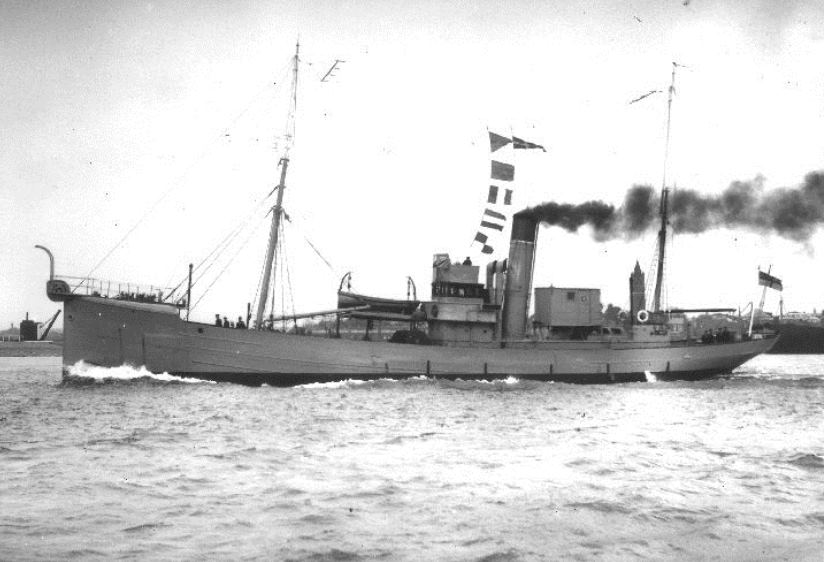 Above: one of the three British trawler designs approved for official duties in the Navy during the Great War. Via Roll-of-Honor.com

The repurposed civilian trawler SS Taranaki sets out again this morning to fish for German submarines, hooking her first at about 9:30 roughly forty miles from the coast of Aberdeen. The U-40 surfaces to give the crew a chance to escape, whereupon the ‘panic crew” on board her does indeed take to their small boats. Kapitänleutnant Gerhard Fürbringer is commanding his first attack on his ship’s maiden combat sortie, and has no idea that anything is amiss. But the Taranaki is towing a submarine in her wake, and as his crew position their boat for a deck gun sinking, an unexpected drama is taking place below the surface.

The sailors executing today’s operation call it ‘the Tethered Goat,’ and it does have an elegant, if deceptive, simplicity that appeals to the morality of men reared on Aesop’s fables. The British submarine C.24 is connected to the small surface vessel by a towing cable and a telephone line; upon receiving a report from the surface indicating the position of the attacker, Lieutenant F.H. Taylor orders his tow line disengaged, but the mechanism fails to detach them from their trawler-tractor. Facing the possibility that his vessel will now remain attached to a sinking ship in deep water, Taylor orders the Taranaki to cut him loose as Fürbringer’s crew opens fire.

Now weighted at the front end by six hundred feet of heavy tow hawser and waterproofed wire cable, Taylor has no time to worry about events taking place on the surface, for he must correct his trim. Rather than risk giving away his presence by clearing ballast tanks and producing surface air bubbles, he risks using his dive planes at best speed, and soon levels out. As he maneuvers for his shot, he again risks the cables snagging on his one propeller, potentially dooming the mission and probably the crew as well. But even by the narrowest of margins, the plan works: Taylor fires one torpedo which detonates right under the U-40‘s conning tower as her crew put 88 millimeter shells into the Taranaki, now shipping water with a skeleton crew still on board. 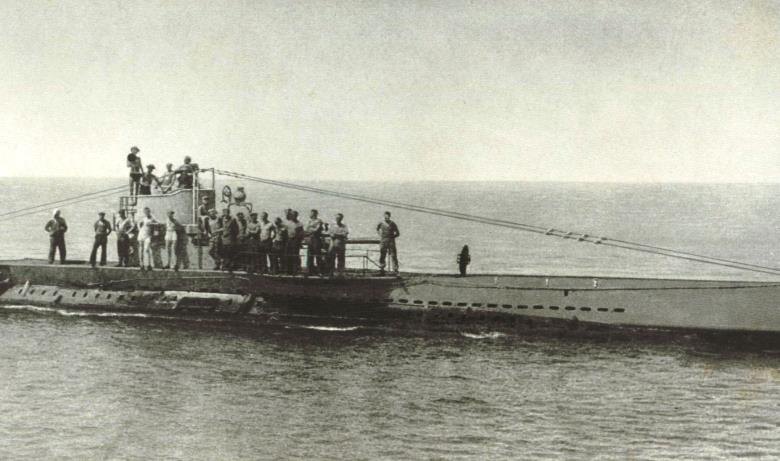 The U-38, a ship in the same class as the U-40. Note the radio antenna suspended over the hull. How many sailors do you count?

The gun crew is killed instantly, while the shattered submarine sinks just as fast with almost everyone on board. By sheer chance, Fürbringer, his executive officer, and one enlisted sailor are in the conning tower and blown clear of the ship. Captured, they are not subjected to harsher measures than other German prisoners taken at sea — a change in policy that has followed quickly on the end of Winston Churchill’s tenure at the Admiralty, for he thought withholding ‘honorable treatment‘ would answer Germany’s policy of unrestricted U-boat warfare. Instead, the Germans announced similar harsh measures for 39 British officers in its POW camps.

Whereas Churchill’s ‘tough love’ approach has utterly failed to change German U-boat policy, international blowback from neutral countries over the sinking of the Lusitania has lately prompted the Kaiser to order his submariners use their deck guns rather than torpedoes, increasing their vulnerability to countermeasures such as the Tethered Goat gambit. There will be one more success a week later when the C.27 destroys the U-23. Once again, technology fails in a crucial moment, and a judgment call goes right: after the telephone line goes dead, Lieutenant Commander Claude Dobson waits until he hears shells hitting the water’s surface before releasing his tow and attacking. This time, the torpedo strikes aft of the conning tower and ten Germans are plucked from the water. 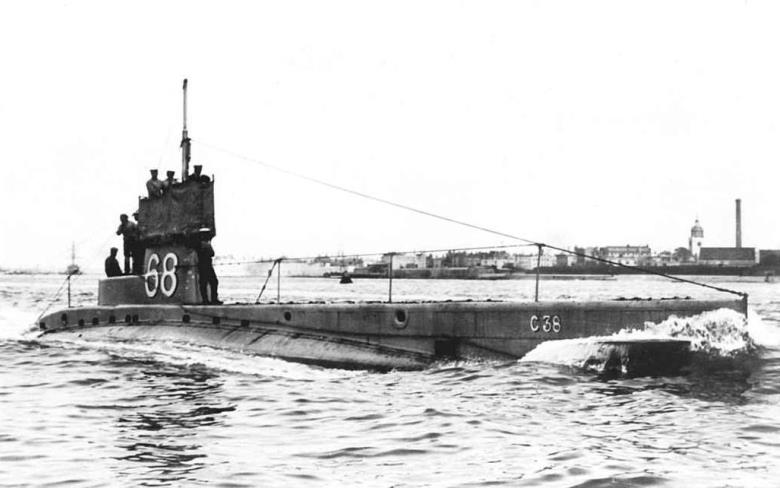 This is the C.38, built in the same class as C.24 and C.27. Once again, note the radio antenna and relatively small crew

The Tethered Goat tactic is eventually scrapped for three reasons. First, a new tactic is under development: armed merchantmen, or Q-ships, are designed to trick the U-boats into attacking on the surface, then open fire with hidden guns. But the submarine trade is a dangerous business even without an enemy shooting at you, and on August 4th the C.33 slips her tow line behind the SS Malta at a prearranged time off the Norfolk coast, but never arrives in port; she is believed to have struck a mine. On August 29th, the Ariadne is towing C.29 near the Outer Dowsing lightship off the mouth of the Thames River when an explosion rips the water and the hawser goes slack; she has indeed hit a German mine. The Admiralty thereafter orders the missions sailed farther from shore.

The last reason is not a consequence of the changed policy on prisoners, but an inexplicable failure of operational security: in their POW camp, the captured crew of the U-23 are allowed to mingle with German merchantmen interned in neutral countries who are being processed by international agencies for shipment home. The tale of the ‘Tethered Goat’ is soon fodder for German newspapers, causing the Admiralty to shut the program down — and reinforcing the German submariners’ desire to once again fire torpedoes, without warning, for their own safety. 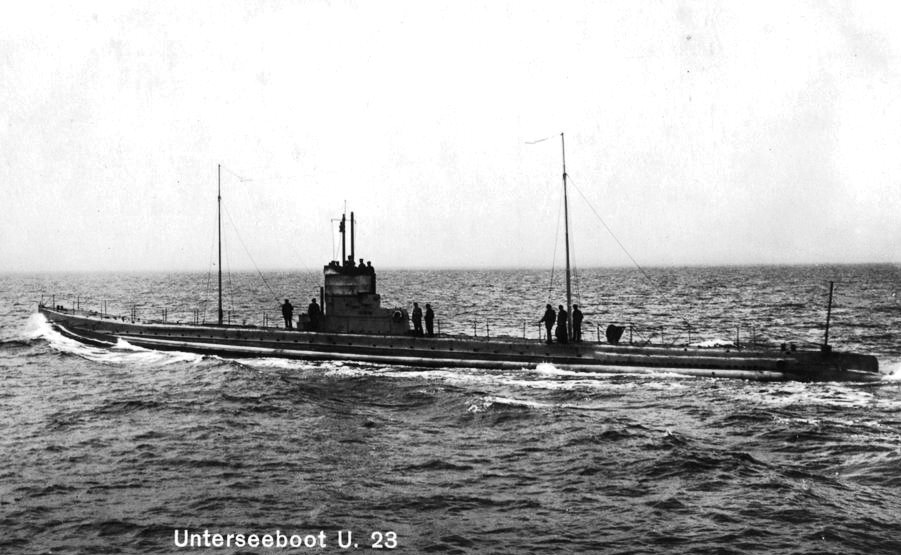 The U-23 was an earlier and smaller design than the U-40. Note the radio antennas on poles. Via The Frankes.com