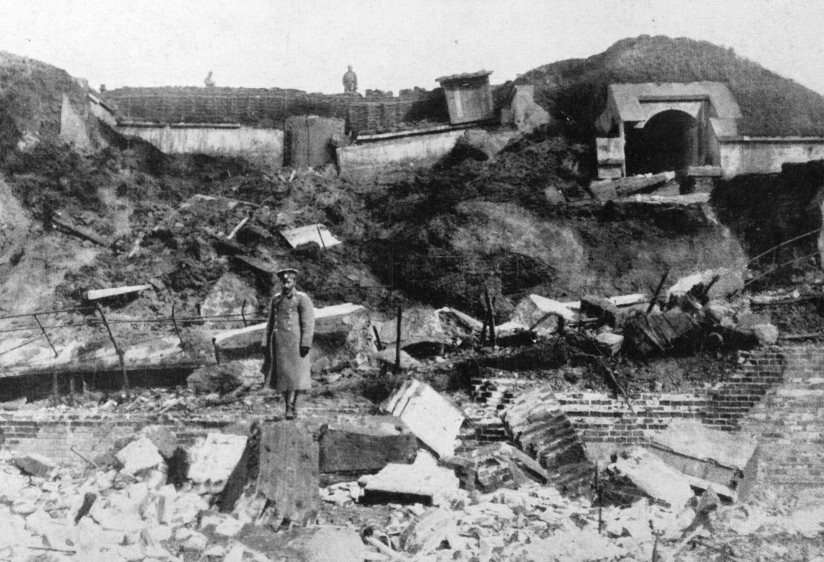 Briefly relieved by an Austrian offensive in October, the fortress city of Przemysl was once again cut off and surrounded by the Russian hordes in November. General Andrey Selivanov, whose 11th Army took charge of the siege, has chosen to starve the garrison out rather then waste his troops on frontal assaults, for his guns were not big enough to break the fortresses while the defenders enjoyed perfect command of all approaches with pre-registered artillery. Both sides have done more sitting than fighting here until about two weeks ago, when the Russian guns began to pound the fortifications. 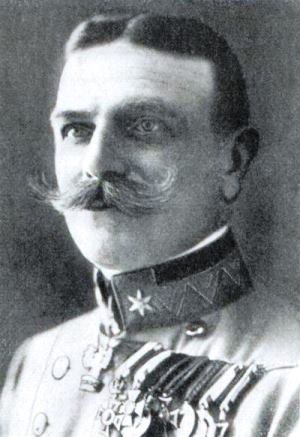 Gen. Kusmanek: proof that shiny medals and magnificent mustaches do not herald competence

Yet plenty of blood has still been shed for Przemysl. Austrian armies have been thrown into the Carpathian Mountain passes all Winter long in a vain effort to reach the beleaguered garrison. As late as January, the fortress could communicate with Austrian units in the mountains by using their searchlights to signal in Morse code, but Russian successes in the narrow gaps of the Carpathian range have mooted even that improvisation. For the last three months, Przemysl’s only remaining means of communication with the outside world has been by aircraft — and the primitive biplanes of 1915 can only deliver messages, not supplies or reinforcements. The concept of the airlift must await the development of more powerful motors.

The defense of Przemysl could have lasted much longer if General Hermann Kusmanek von Burgneustädten had not allowed more than 100,000 men — fully twice the number needed for an effective defense — to occupy the city and eat up his inadequate food supplies twice as fast while the Russian gauntlet closed around him. The resulting surplus of mouths to feed has given Kusmanek plenty of cannon-fodder to throw into his breakout attempts, but tired and hungry men make poor soldiers, and he has been unable to dent the iron ring around his garrison. His most recent sortie two days ago, in which he led the 23rd Honved Division in an agonizingly-slow march towards the nearest Russian supply base, was a disaster that left his garrison too weak to secure its own perimeter despite their excess numbers.

Emperor Franz Joseph of Austria has ordered his Imperial and Royal Army to hold out as long as practicable, but Kusmanek has no options left. Sensing the moment of decision is at hand, Selivanov’s guns redoubled their bombardment of the forts surrounding the city even before the last sortie was over. Confident of victory against an anemic opponent, Russian film crews record the moment; western illustrators are allowed to observe it with pencils and paper.

This morning, the Austrian chief of staff appears outside the fortress under a flag of truce. Driven blindfolded to Selivanov, he delivers a letter of surrender which cites low provisions as the precipitating factor in the defeat. Russian officers soon enter the fortress to take charge of what is left: nine generals, 93 senior officers, 2,500 junior officers, and 117,000 men surrender; they will be marched into Russian territory at the rate of 10,000 a day. Of more than 1000 guns in the Przemysl forts, most are obsolete or useless, for the garrison has spent the last two days expending their ammunition to leave nothing for the invader.

And even though the Russians have left the city untouched by bombardment, targeting only the fortifications, the defenders have destroyed the approaches into the city, including the main bridge, complicating relief efforts for a starving population. There are no horses to pull wagons, for they have been eaten along with the dogs and cats. The townsfolk actually cheer the Russians’ triumphal entry while the excess of Austrian officers looks on with aloof detachment. 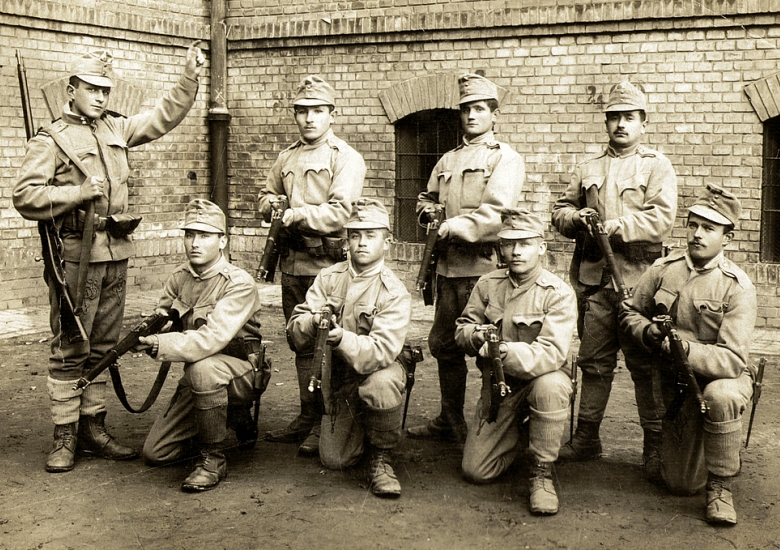 The fall of Przemysl is received as a calamity in Vienna. Officials have never publicly indicated the fortress was in danger of capitulating, so the announcement becomes a dispiriting shock. The Imperial and Royal Army has lost the equivalent of four corps, while Selivanov’s 100,000 men and heavy guns are now freed to fight elsewhere. But the surrender of the fortress also removes the rationale behind all the bloody, useless offensives aimed at their relief, freeing up the Emperor’s generals to devise a new strategy. Thus the lowest point of 1915 for the Austro-Hungarians is also an important strategic liberation.

Upon receiving the news of the surrender, Grand Duke Nicholas Nicholaevich rushes into the Tsar’s presence at the Stavka to make an emotional report. Nicholayevich, who has taken personal charge of the Russification of Galicia and overseen this victory, will be awarded the Order of St. George, 2nd Class for his role. He will visit the city within days, survey the extensive damage to its forts, tour its cobblestone streets, and review the small garrison holding what is to become the Russian Empire’s newest possession. But they will not keep it long.