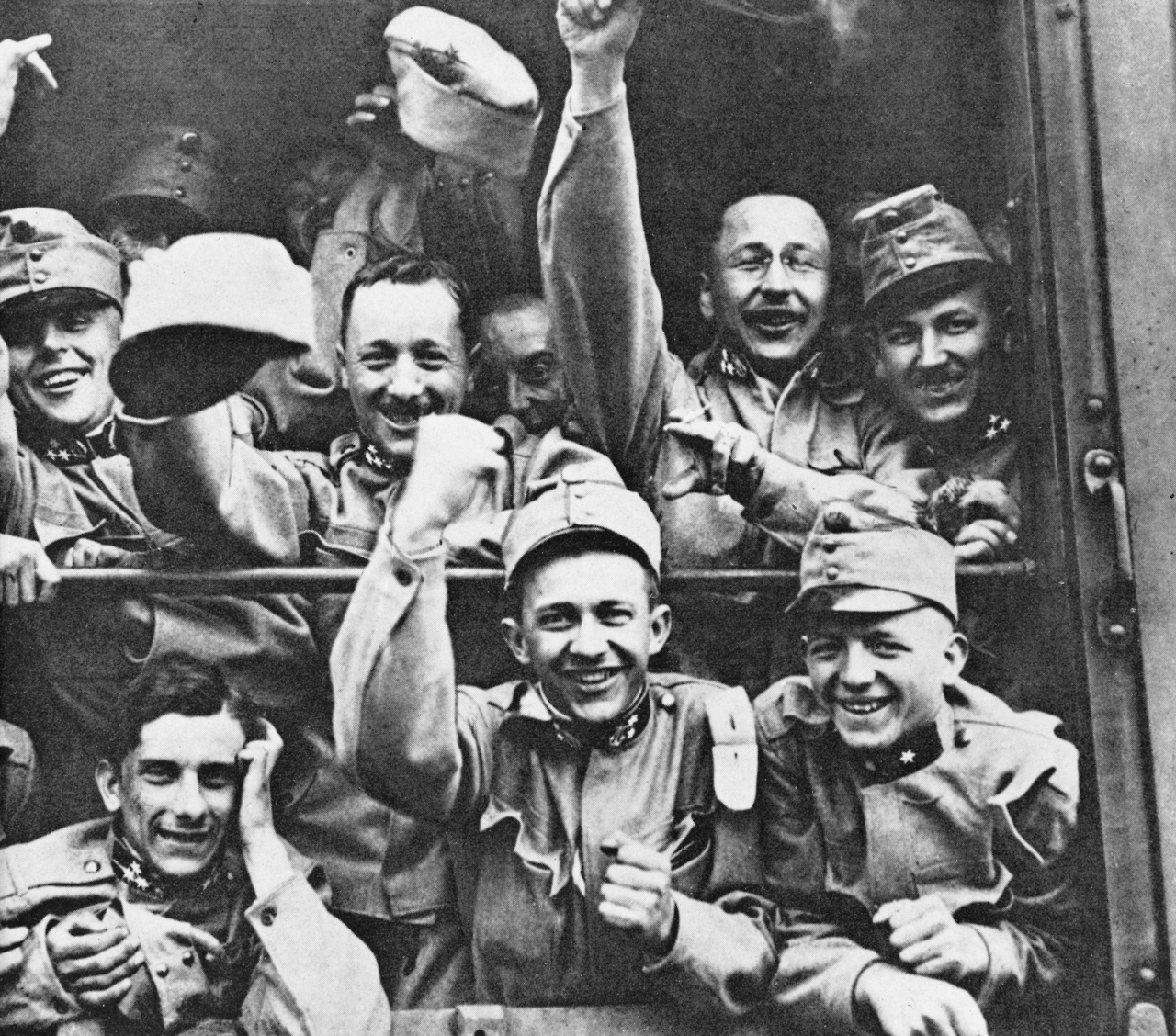 The kaiserlich und königliche (KUK) army is practically the only shared institution in the Hapsburg Empire when Franz Josef sends it to war in 1914. They are a polyglot of a dozen languages; most of its ethnically-diverse ranks are as courageous as any other army in 1914, but they are not so ably led. Their octogenarian emperor has spent less on equipping and arming his force than France or Germany. Their officers are constantly killed by their own contempt for danger, standing up to lead from the front and getting cut down. The empire has only four dozen airplanes, hindering reconnaissance.

And then there are the logistics. Unlike the Kaiser, whose General Staff knows exactly how many train axles can cross each individual bridge, carrying how many men, anywhere on his rails at any time, the Hapsburg railways are notoriously inefficient. During mobilization, men stuffed into ‘cattle cars’ (see above) creep along at speeds as slow as six miles an hour, stopping three times a day for meals. Upon finally assembling for the march, they are loaded down with food and ammunition because the quartermaster service is abysmal. Along with blisters from their new boots, this added weight quickly turns the march into a sluggish, agonizing affair of stragglers, contradictory orders, and missed opportunities.

To understand the logistical debacle that has unfolded in the last three weeks of fighting and maneuvering, perhaps the most telling anecdote is the daylong journey of a supply train of horse-drawn wagons that are directed by traffic-managers in a great circle on the poor roads of impoverished Galicia, lost in the chaos of march and countermarch, never reaching the unit they were supposed to feed and rearm. 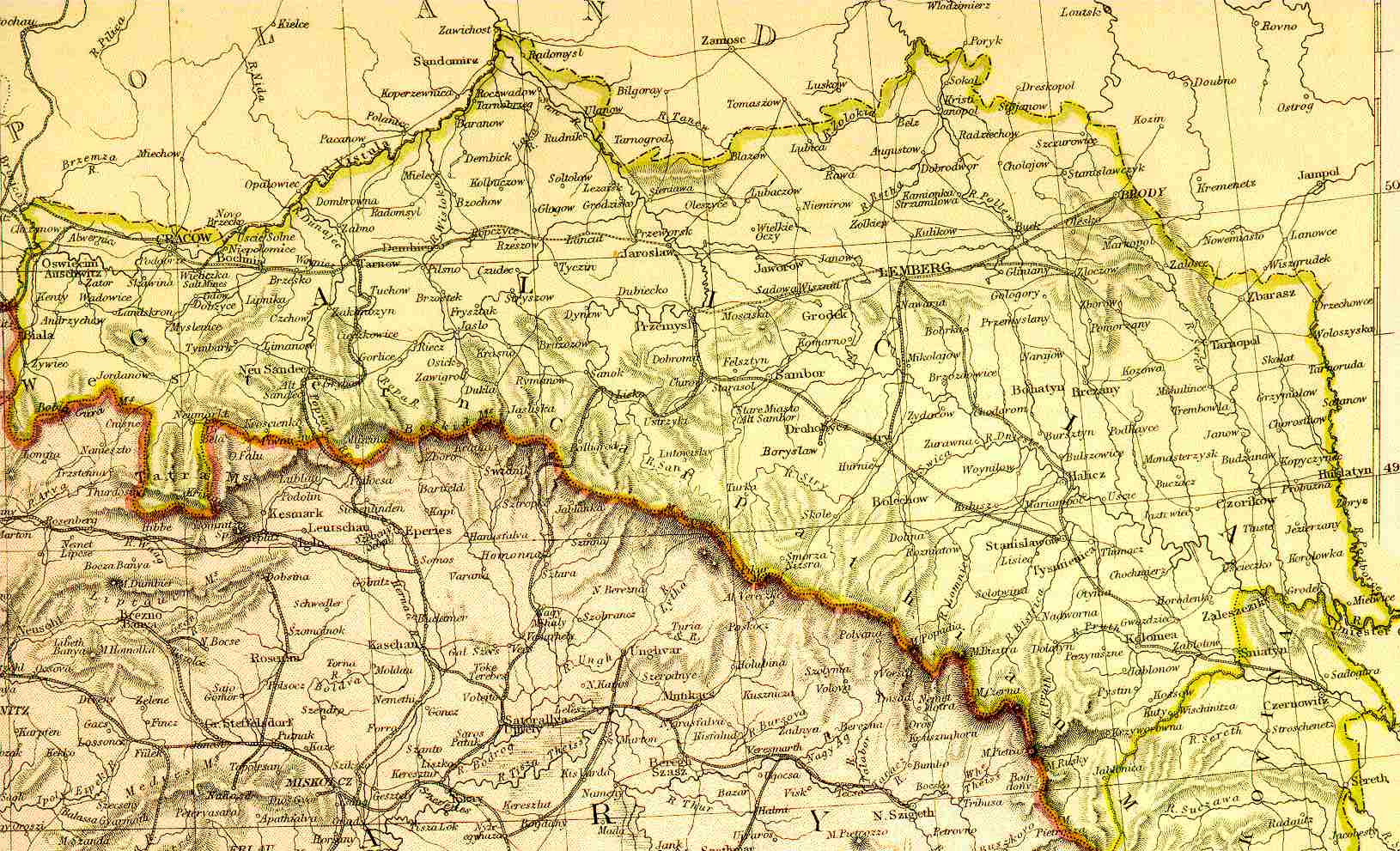 Map of Galicia, a Hapsburg province split between modern Poland and Ukraine after the war

In 1914, Lemberg (now Lviv) is the capital of Galicia, a crown province lying north of the Carpathian mountain range. Known today as ‘the Paris of Ukraine,’ the city is part of a different independent nation that is still fighting for independence from its massive Russian neighbor. The loss of Lemberg, the fourth largest city in the empire, is a tremendous blow to Hapsburg prestige — one that will be blamed on the troops who were so badly led rather than their monarch, who has forced his general staff to fight on two fronts.

The Battle of Galicia is huge: 1,200,000 Russians contend with 950,000 Hapsburg subjects, but neither army started out where the other expected it to. This has allowed Field Marshall Conrad von Hötzendorf to achieve local superiority against his larger foe at times, winning some engagements and losing others. But in the last three days, his attempts to outflank a superior force have fallen apart, and his army evacuated Lemberg yesterday.

Today, General Nikolai Ruzsky’s Third Army finds the city undefended. Had he advanced a day before, he might have struck a fatal blow to an army in collapse. 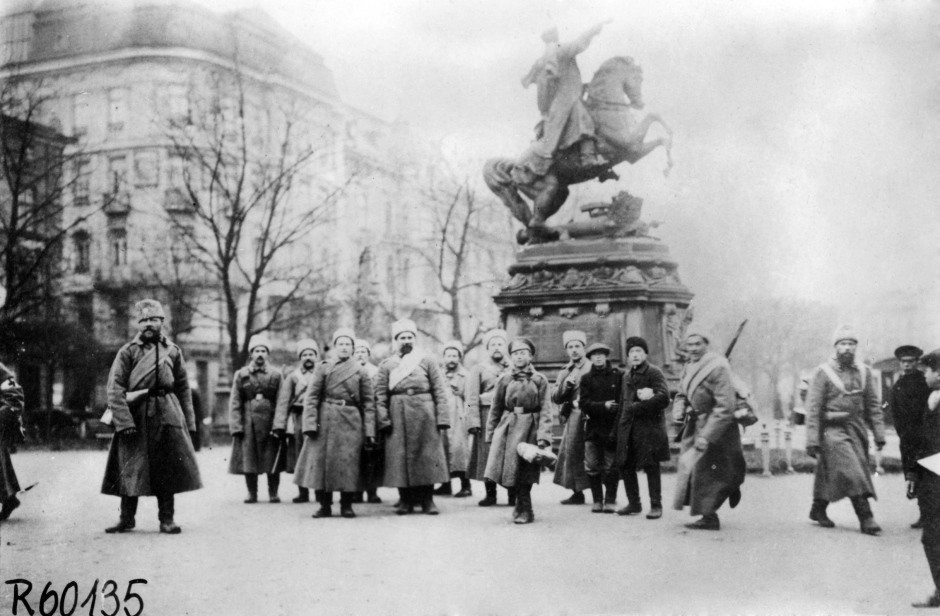 Serving as a cavalry officer in Halicz, future art historian Pál Kelemen witnesses the evacuation to capture the pall of defeat.

The population was pouring out of the city in long columns. On carts, on foot, horseback. Everyone making shift to save himself. All of them carrying away what they can, and exhaustion, dust, sweat panic on every face, terrible dejection, pain and suffering. Their eyes are frightened, their movements craven: ghastly terror oppresses them. As if the dust cloud they had stirred up had bound itself to them and could waft them away. I lie sleepless by the roadside and watch the infernal kaleidoscope. There are even military wagons muddled into it, while across the fields march routed infantry, lost cavalry. Not a man of them still carries his full equipment. The exhausted throng pours through the valley. They are running back to Stanislau.

Within a week, Field Marshall Hötzendorf orders a general retreat to the Carpathian passes, leaving the fortress city of Przemysl to suffer the longest siege of the war. The Hapsburg army suffers 324,000 casualties and the destruction of whole units, including the cream of the emperor’s elite regiments. The loss of Galicia has also left Germany’s Silesian possessions vulnerable. By the Spring, the KUK has almost no veterans left in its ranks, and hundreds of guns are in Russian hands.

The situation forces the reluctant Kaiser to reinforce his weaker ally, whose dependence will only grow in the course of the war. 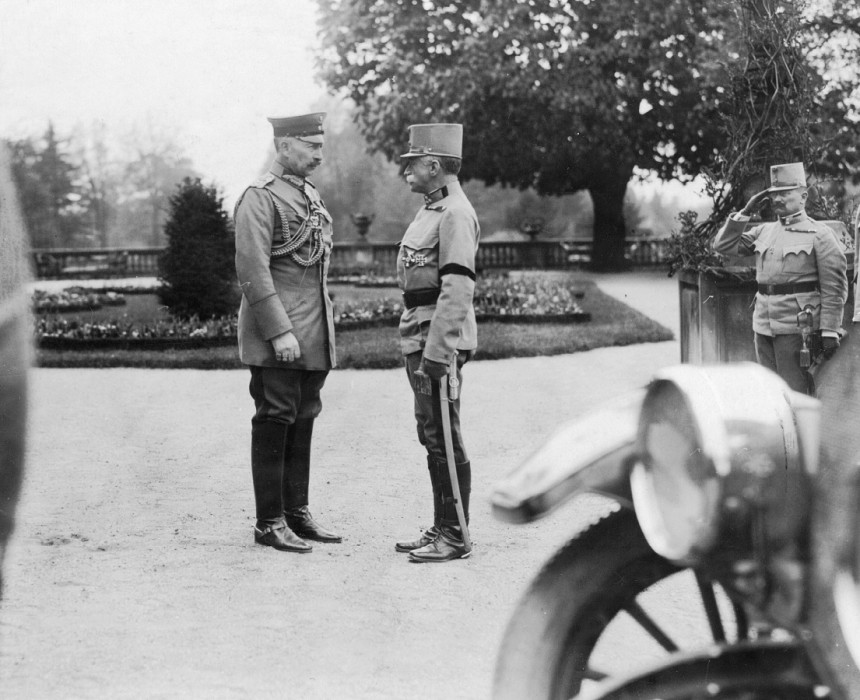 Coming eight days after Russia’s disaster at Tannenberg, today’s victory at Lemberg gives the Tsar’s general staff (Stavka) a much-needed boost — and masks the problems in their army. Like France, Russia has developed a doctrine that emphasizes offensive action, attacking headlong at first sight of the enemy even before securing their flanks. The result is that 225,000 Russians have also become casualties, and Hötzendorf has very nearly won an epic victory against a larger force. The Stavka will not address these problems because they choose not to see them.

However, the Battle of Galicia is hardest of all on Galicians. Both sides kill civilians in reprisal when they come under unexplained artillery fire and ascribe it to spies behind their lines. Russian troops commit pogroms against the region’s one million Jews, and though they are humane, Russian civil administration amounts to little more than impressing Russian culture and language on the occupied territories in the brief time they control them.

For the war is not done here. It will be back, whatever the cost, because honor demands it. 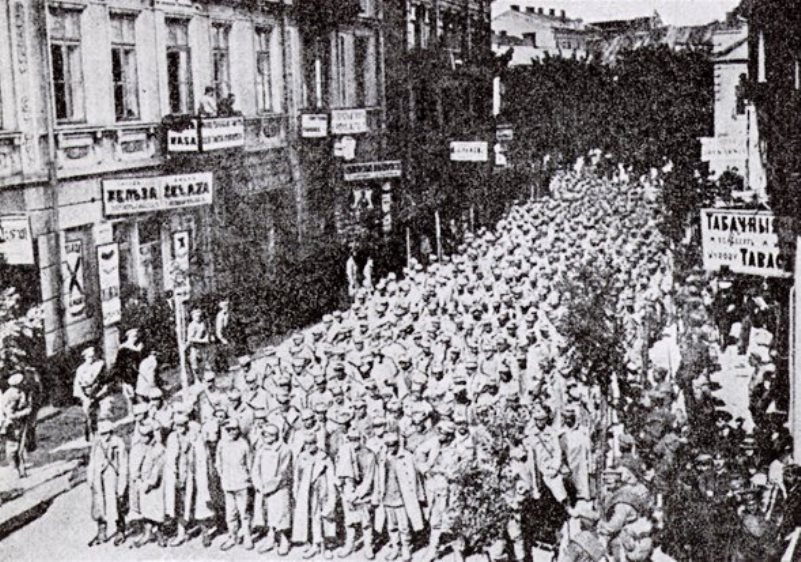 A few of the 40,000+ Austrian prisoners taken by Russia in the Galicia campaign