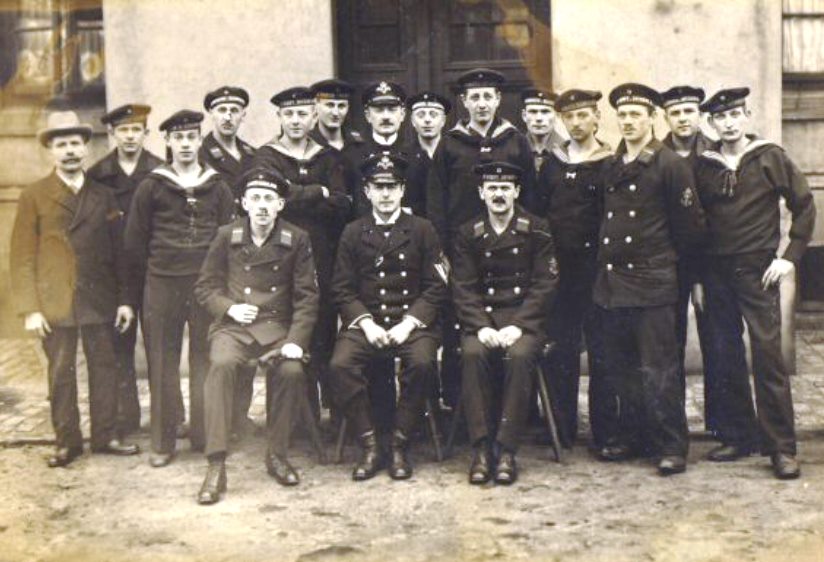 This afternoon near the lighthouse at Folkstone, a task force of eleven British destroyers is sweeping the English Channel when the HMS Maori spots a periscope and steers straight for it, ramming the U8. Forced to surface and abandon ship, the crew are taken prisoner by the Maori while the Gurkha watches. Upon reaching Dover, the crew is photographed by the Maori‘s medical officer (see above) and held in isolation from other German prisoners of war.

The U8 is undoubtedly a dangerous ship: displacing 300 tons, she has a 1,200-mile operating radius, can cruise at 13 knots on the surface and 8 knots submerged, and is equipped with torpedoes powerful enough to sink warships and merchantmen alike. But while announcing their coup the next day, the Admiralty also informs the world that the German submariners will not receive ‘honorable treatment’ as normal prisoners of war. Instead, they are to be held along with their officers for possible criminal charges after the conflict ends.

With the Great War now in its eighth month, nationalistic hatreds are deepening where they had not existed at all beforehand. As casualty lists continue and competing blockades crimp supplies of food and raw materials, each side seems more willing than ever to commit acts that would have been unthinkable last July. 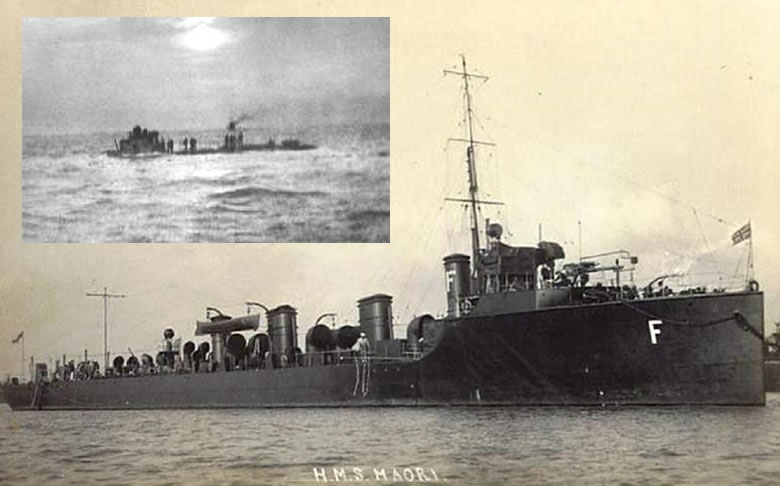 The HMS Maori. Inset: the U8 photographed during the capture of her crew with the Gurkha approaching in the background

Ramming is one of the few tactics that can be employed against submarines yet, as depth charges have not been invented and British sea mines are unreliable. Because early U-boat designs have a periscope of one length, the Admiralty has instructed merchant captains to steer straight for any periscope they sight, reasoning that the boat will be just beneath the surface and vulnerable to collision. This same fate befalls another German submarine today, the U2. 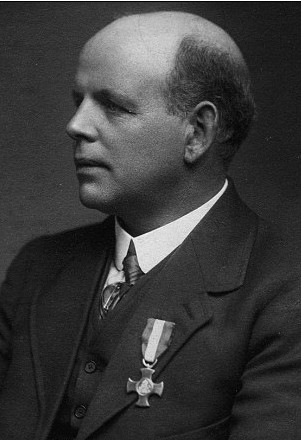 Just fifty miles from the scene of the U8‘s sinking, the collier Thordis is plying the Channel south of Sussex today when Captain John Bell spots the telltale white foam of a submerged U-boat’s periscope breaking the water ahead of him and just off his bow. Directing his six-man crew to add speed and prepare for collision, he is rewarded by a sickening crash as the Thordis tears its attacker wide open. Although they spot an oil slick on the surface, the sailors do not linger to confirm that they have finished the job. Only later, when the U2 fails to return from its mission and is presumed lost, does a British Prize Court award each crewman £860 — about £75,000 in today’s money.

The sinkings of the U2 and U8 today underscore the relative vulnerability of submarines in 1915. Slower than surface ships, they are extremely vulnerable while on the surface to detain a merchantman and give its crew time to escape as the ‘Cruiser rules’ require. Because space is so limited on a submarine, no U-boat captain can afford to take prisoners on board, either. It is little wonder that submariners prefer ‘unrestricted’ U-boat warfare, in which they can torpedo civilian ships without any warning, to the dangers of ‘civilized’ warfare. 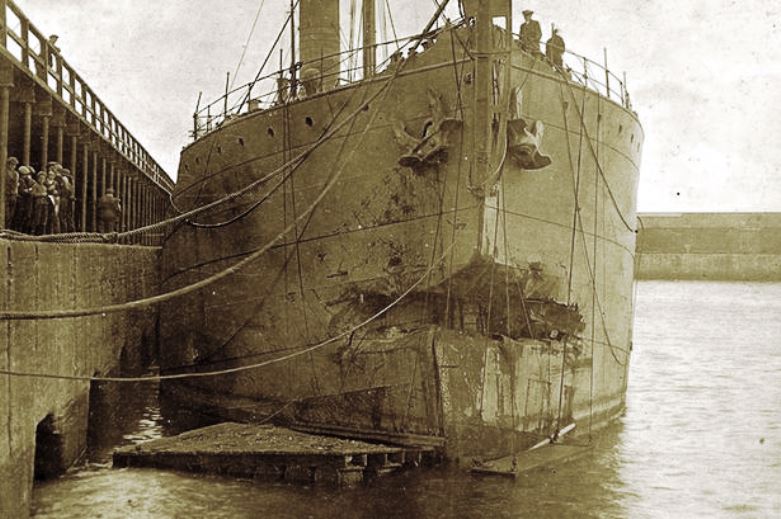 The damaged bow of the SS Thordis.

Implausibly, the Admiralty justifies Winston Churchill’s decision against ‘honorable treatment’ for the U8‘s crew by trying to pin the sinking of the SS Oriole five weeks ago on the wrong ship. In fact, the Oriole was sunk by the U20 under the command of Kapitänleutnant Walther Schweiger, who will go on to sink the Lusitania. Admiralty orders allowing harsh treatment of captured submariners — even allowing warship captains to slaughter U-boat crews who try to surrender — thus have the perverse effect of encouraging greater German atrocities at sea.

Cooler heads immediately question the policy, for no matter how ‘underhanded’ U-boat warfare may be there are currently tens of thousands of British soldiers held captive in Germany. An editorial in the March 13 Sydney Morning Herald is typical:

Unhappily, this appears to be a false step on the part of the British authorities. When there are a large number of prisoners in the hands of both belligerents in a war it is always bad policy to single any section of them out for severe treatment, except, of course, in the case of those caught red-handed while violating the usages of civilized warfare. The enemy has at hand such effective means of “hitting back.” In regard to the German submarines, some of them have certainly broken the rules of war, and have acted as stark murderers without giving the crews time to clear their vessels; but, as the Admiralty itself admits, there is no definite evidence that the U8 sank an unarmed ship, even after giving due notice. There is really no crime in sinking steamers in the latter circumstances. The Emden sent a number of them to the bottom, and her surviving officers and men are being treated as honourable opponents. For this reason it is hard to understand the Admiralty condemning any submarines that have been “guilty of sinking unarmed merchantmen.” Perhaps, however, in the cablegram conveying the Admiralty’s statement the words “without notice” were inadvertently omitted.

The wisdom of this argument becomes brutally clear on May 7, when the Maori strikes a mine off the coast of Belgium and her entire ninety-four man crew is captured. Thirty-four year old Engine Room mechanic David Garrett later dies at the Lazarett of Soltau camp after he is bayoneted in the spine by a guard for refusing to work. The laws of war are less settled than they seem, and all combatants are just starting to find out how harsh the war will actually be.