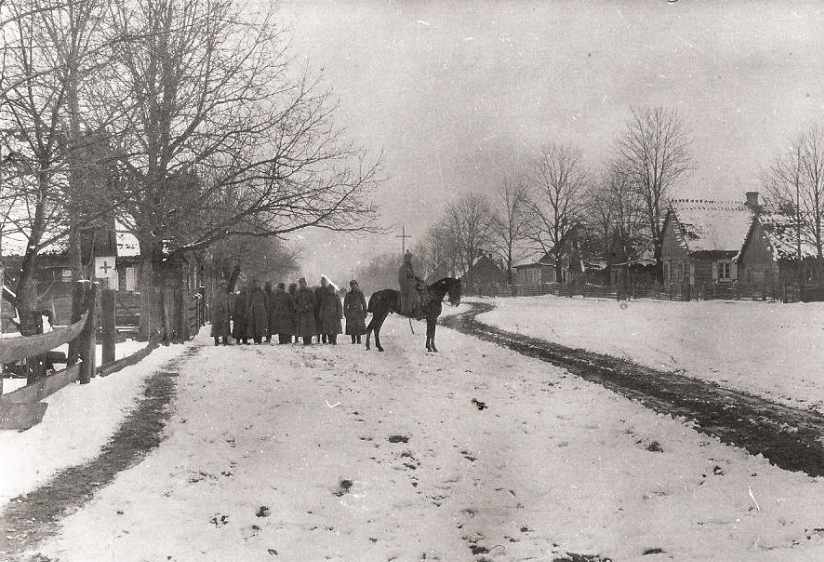 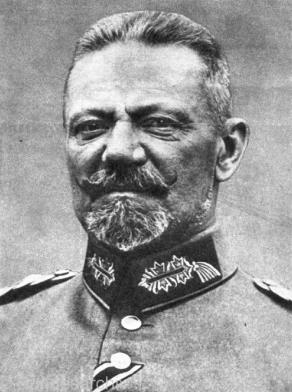 Paul von Hindenburg is still determined to win a victory that will knock Russia out of the war in a stroke. As the Second Battle of the Masurian Lakes ends in an incomplete success, today General Max von Gallwitz commands two army corps near Mława and Chorzele in an attack on the crossroads town of Przasnysz. Approaching from three directions, they threaten the garrison with envelopment and destruction, forcing them to withdraw and very nearly surrounding them anyway.

Over the next forty-eight hours, Russian reinforcements are called up from the forts along the Narev River and thrown into battle, contrarily threatening to surround and destroy the German occupying force. But due to continuing shortages of rifles and ammunition, a disturbingly high percentage of these Russian troops are armed only with bayonets in one hand and small bombs in the other. Ordered to charge the enemy as a human wave, those who survive long enough to get close to the Germans are expected to throw their hand-bombs and then engage in hand-to-hand combat. There is little artillery support.

The fighting here is particularly bitter, even by the standards of the Eastern Front. As historian John Buchan writes in Nelson’s History of the War, “This was berserker warfare, a defiance of all modern rules, a return to conditions of primitive combat.” By the time Gallwitz is forced to withdraw from Przasnysz on the last day of February, both sides have claimed ten thousand prisoners — and many thousands more have been killed or wounded on both sides.

Wounded Germans in the Ascension Church of Przasnysz, the aid station marked by the red cross seen at left in the top photograph

Russia has won the engagement, ending another threat to Warsaw. But the battle has revealed severe material and organizational problems in the Russian Army, which has just called up another 700,000 recruits for four weeks of basic training before they are deployed to the front. The Stavka (Russian General Staff) habitually masses three-fourths of these troops in urban reserve garrisons, where barracks space has been left unoccupied by soldiers already sent to battle, but the arrangement is creating breeding grounds for revolution. Already resentful of the Tsar’s ban on alcohol, angry conscripts will turn to radicalism as they face dwindling food and fuel rations.

Meanwhile, a series of apparent Russian victories against Austrian forces in the Carpathian passes is encouraging a harmful optimism in the Stavka, which ignores the ongoing crises of troops and weapons in Poland. Despite having the world’s largest land army, Russia lacks the production capacity to fully arm its soldiers. 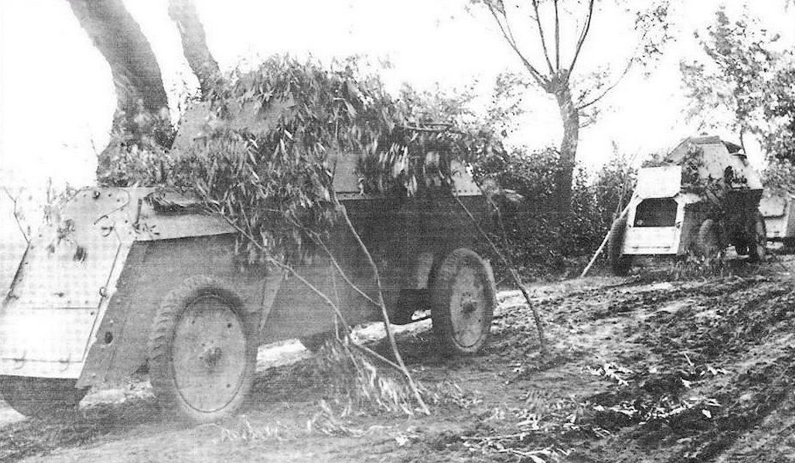 Restricted to the roads, Russo-Balt armored cars took part in the counterattack at Przasnysz. Note the slight attempt at camouflage

After the Battle of Przasnysz, Hindenburg realizes that the northernmost sector of the Eastern Front is a terrible starting-point for offensives against Poland. As a result, he elects to begin his Spring offensive much father south in Galicia, circumventing the Russian center of mass around Warsaw. He is aided in this design by the continuing failure of Russia’s generals to use basic encryption technology in their wireless communications with the Stavka, allowing his signals intelligence division to accurately map Russian positions, intentions, and capabilities.

While Russian press agents are quick to trumpet the slightest advance as a sign of impending victory, they are not in the habit of reporting battlefield failures to the world’s newspapers — or their allies. Both France and Britain are already relying on the ‘Russian steamroller’ to do the lion’s share of fighting against the Central Powers, for Germany enjoys a manpower advantage on the Western Front. Unaware that the same material shortages which plagued Russia in December are actually much worse now in late February, neither London or Paris is prepared for the unwelcome strategic surprise of a Russian general retreat. 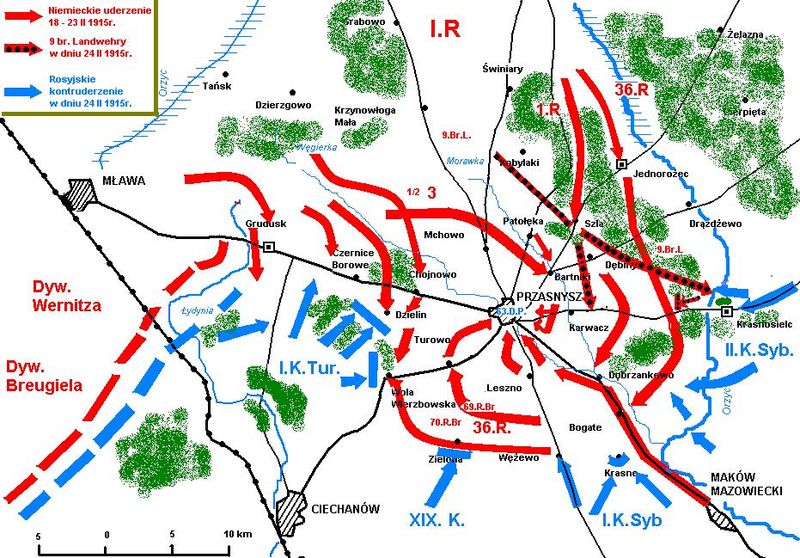 A map of the battle of Przasnysz. The railroad line on the left had been torn up and destroyed by retreating Germans in October