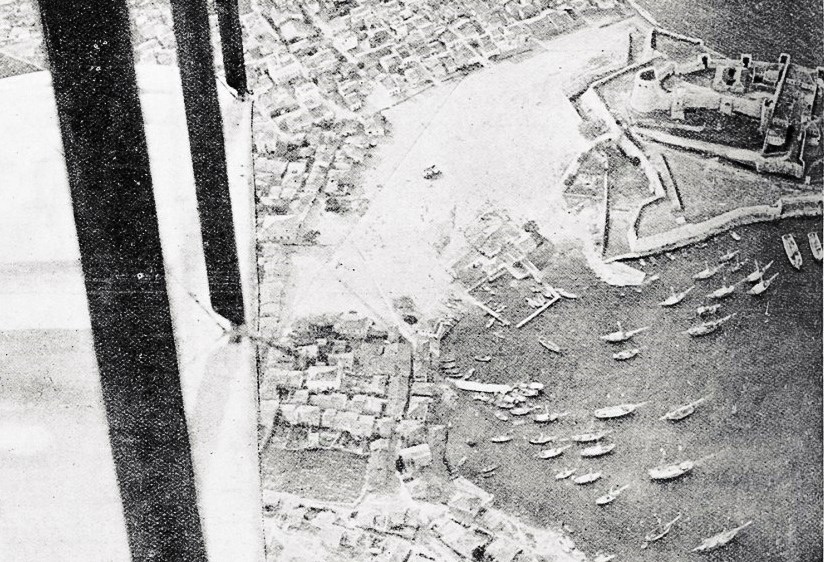 Due to high winds and storms, the seaplane carrier Ark Royal has tried to reconnoiter the Turkish forts at the mouth of the Dardanelles Strait four times since she arrived two days ago, succeeding just once. But that is enough for Admiral Sir Sackville Carden to begin operations today in a campaign to force the strategic waterway with naval power, knocking the Ottoman Empire out of the war — and opening a way for Russian gold and wheat to flow west so that shells and rifles can flow east.

On a map of the European world, today’s action makes perfect strategic sense, and it begins with aerial reconnaissance (see above photo of Kumkale, which sits about three miles from the site of ancient Troy). Neither incompetence nor conservatism can explain the fiasco that begins today.

Delayed by weather, the opening salvo of the Gallipoli Campaign is fired by the HMS Cornwallis, an old battleship with four 12-inch guns, at 9:51 AM. Her target is Orkanie, a fortress on the Asian side of the strait, and she fires her guns from a range beyond the reach of shore batteries at the fortress of Kumkale on the European side. The French flagship Suffren, another pre-dreadnought battleship, starts firing her two 12-inch guns at Kumkale forty minutes later. 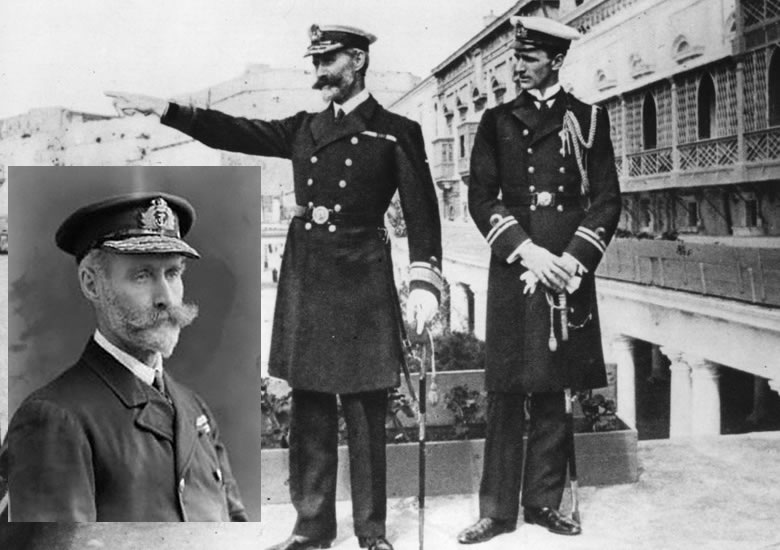 The plan is to drop anchor, firing from a relatively steady platform that is beyond the range of Turkish guns, using the massive explosive power of their shells to smash these threats before closing the range to reduce the forts. The Cornwallis has a broken capstan and cannot control her anchor, so she is replaced in line by the Vengeance. At 11:50 AM Carden’s flagship Inflexible, still bearing the marks from her deadly duel with Maximilian von Spee in the Falklands, fires two rounds on the fort at Cape Helles from a distance of nearly three miles, missing. After sailing 2,000 meters closer, she keeps up a slow rate of fire from 12:20 PM. The Triumph adds her 10-inch guns in support of the Inflexible, which shifts her fire to the fortress at Sedd el Bahr about 1 PM.

A photo reconnaissance by seaplane reports that all the guns at all the forts are still intact, but Sackville Carden proceeds to Phase II anyway. The Vengeance challenges the entrance to the strait at about 4:40 PM, when Kumkale is wrapped in smoke from a rapid bombardment by Suffren. Aboard the Vengeance, Admiral John de Robeck is surprised when the smaller defenses at Orkanie and Helles open up on him, but he leads three more old French battleships in the attack, followed by the Inflexible and Agamemnon. Sackville’s command reaches its highest rate of fire between 4:50 PM until 5:30, whereupon he breaks off the action and sails back out to sea.

Though only the guns of Orkanie are still firing as they leave, all the fortresses remain unbroken. Their ancient earthworks have absorbed the impact of modern shells almost as readily as they once shrugged aside smoothbore cannon. 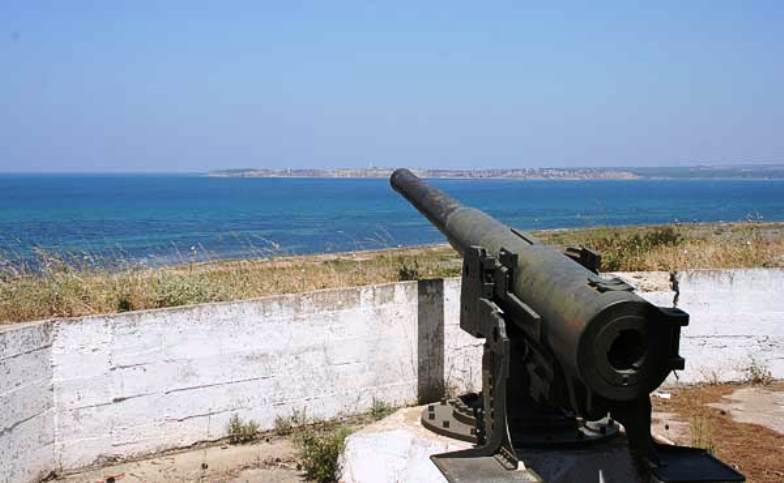 A Turkish gun position at Kumkale. Note that any hostile surface ship coming through here will take fire from both sides

Sackville Carden is a cautious man. When First Lord of the Admiralty Winston Churchill asked him about the feasibility of forcing the strait through naval power alone, his response was that a methodical plan to reduce the forts, clear the minefields, and sail to Constantinople could succeed if given enough time. The results of today’s operations convince him that it will take even longer than he has planned. Firing at anchor from standoff range offers safety, but only at greatly-reduced accuracy and effectiveness, while the ongoing shortage of cordite is affecting naval gunnery. Reporting to London, Carden indicates that he might have succeeded today with only an extra hour of daylight, but subsequent experience suggests otherwise.

And time is not really on his side. The Ottomans are fully aware of how vulnerable the Dardanelles are; German advisers have emphasized the point, and the Sublime Porte has already reinforced the forts. Today’s attack merely confirms that the Dardanelles are Britain’s strategic target, so when Carden’s force returns in six days he will meet a vigorous, upgraded defense. In the meantime, Churchill’s public statements make British strategic intentions perfectly clear, giving the Turks plenty of time to improve their defenses before the first British troops ever land on their shores.

In London, the War Council has still not united behind the idea of using troops in the Gallipoli Campaign, but this will change in the next week. Lord Kitchener drops his objections, becoming an enthusiastic supporter, and a coalition force of ANZACs, Russian, and French troops is soon being cobbled together. But by the time they begin arriving on the scene, Sackville Carden has been replaced by de Robeck due to poor health, while naval operations have been delayed by bad weather — and the Turks have used the weeks of warning time to arrange a proper welcome. 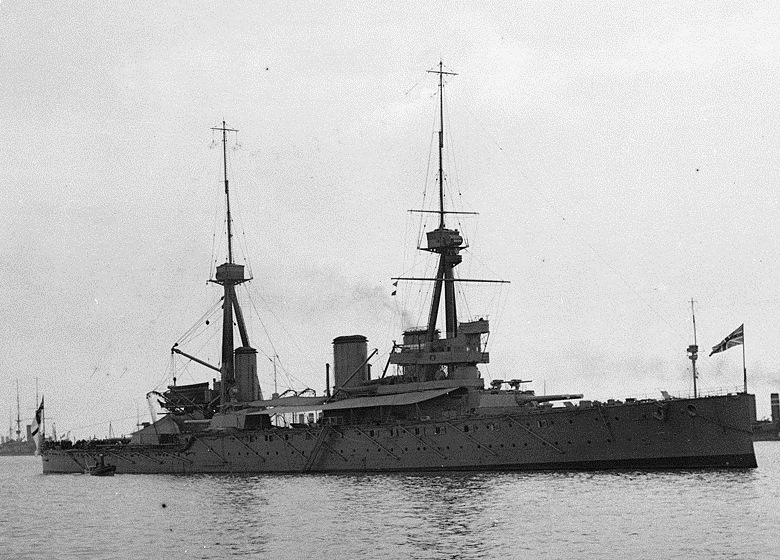 HMS Inflexible at anchor. Sister ship of the Invincible, she is an older battlewagon with combat experience