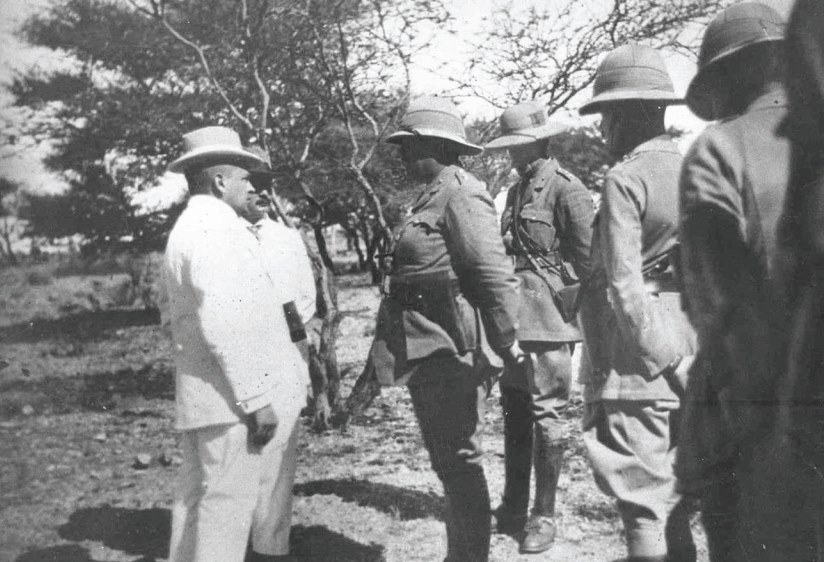 In the above picture dated May 12, 1915, Louis Botha, Prime Minister of the Union of South Africa (left) discusses the surrender of Windhoek, the capital of modern-day Namibia, with its mayor, Peter Müller. German Southwest Africa is crumbling under Botha’s methodical, deliberate campaign, which has brought a far larger force to bear than the defenders can hope to match.

The Swakop River valley is the best direct route into the railroad junction at Karibib, and today a force arrives from two directions, finding the place undefended. Cutting off the north of the country at a stroke, the move allows Botha to approach Windhoek from both north and south. Engaging in battle only on favorable terms, having built or repaired hundreds of miles of railroad to support his army, and waiting for the right weather, Botha has systematically dismantled the Kaiser’s proudest colony with a series of rapid movements.

Marching seventeen miles a day, his columns have occupied most of the country, all of its ports, and the diamond mines which had made it the Kaiser’s most profitable colony. They badly outnumber the remaining defense force. Nor does Botha intend to give Namibia back: it is an age of empires, and he has ambitions to make the Union into an African world power. 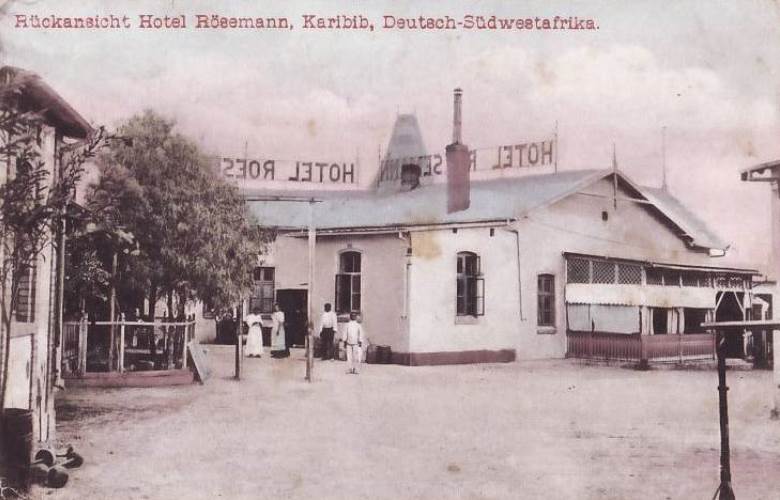 Via DelCampe.net, a prewar postcard of bustling modernity at Karibib. German planners chose the same rail gauge as South Africa, allowing Botha to link his country to its network and support his invasion of the desert country

By June of 1915, South Africa dominates a railway network connecting Namibia with Botswana, Zimbabwe, Mozambique, Malawi, and Zambia — all nations which will become independent during the 20th Century, and four of which are land-locked. The infrastructure for a potential South African civilization is already owned, operated, and governed by whites, putting the dream of pan-regional empire within reach.

But just as Botha had to overcome resistance within the Union itself before conquering Namibia, his political position will continue to be attacked at home by ambitious Afrikaner leaders still angry about the execution of a rebel named Josef Fourie; Botha and his right-hand man, Jan Smuts, are both regularly denounced as dictators in the years to come. This pressure produces legislation designed to appease the white Afrikaners, such as the Native Affairs Administration Bill of 1917, which expands on the Native Lands Act of 1913 to establish a constitutional white supremacy over industrial and agricultural resources.

A water tank provides Botha’s troops with the means to drink, wash, cook, and clean. Railroad dominance has proven decisive

Involving tens of thousands of men and horses, Botha’s conquest is no small achievement, and in the old world of 1915 it is perfectly acceptable among nations for him to annex Namibia. Indeed, South African administration arrives in the immediate wake of his army, and just in time, as a famine has begun stalking the land. Denied full ownership of the former German territory in the postwar peace process by a new Wilsonian idealism that competes with the old order, Botha nevertheless receives an administrative mandate that will not end for seventy-five years.

With Botha’s death from ill health after the Paris Peace Conference, Smuts will go on to lose power to the new National Party, after which the Union will go on to become notoriously segregated. With the rise of apartheid, South African support of white minority power in its rail-connected neighbors will turn dreams of empire into racialized wars of resistance. 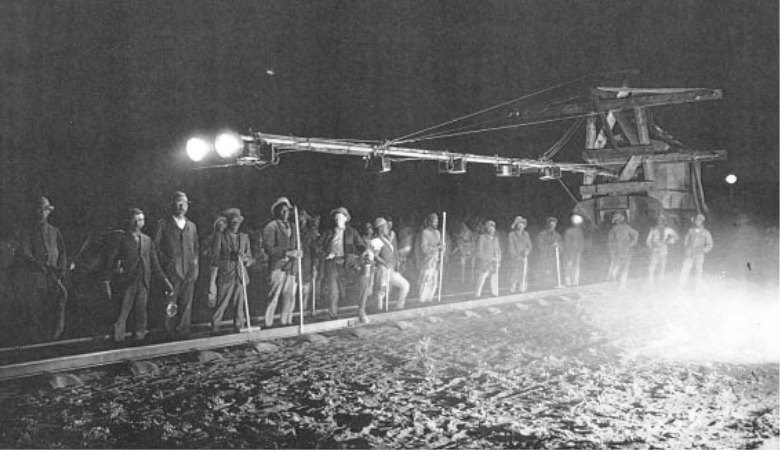