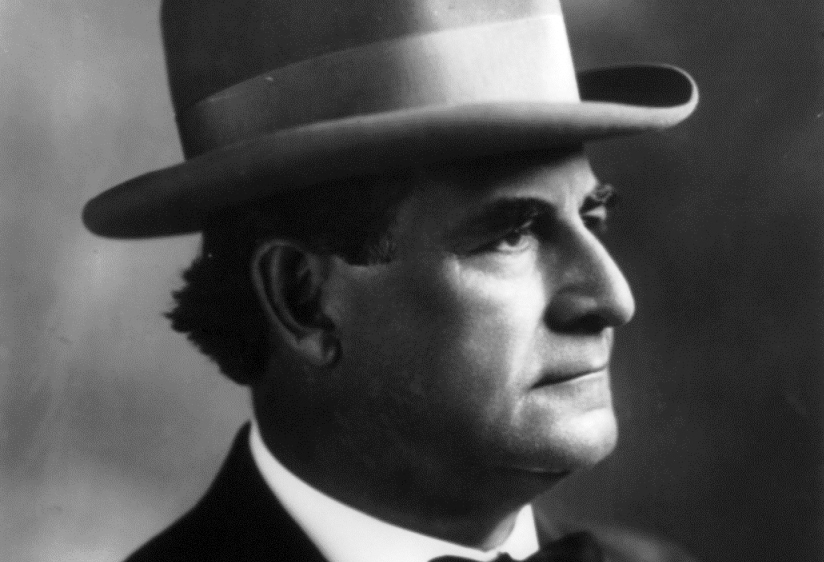 Germany’s answer to the British blockade of their commercial maritime shipping, which threatens to starve the German people, is a counter-blockade of unrestricted U-boat warfare starting in one week — with their threat extended even to ships flying neutral flags. The British Admiralty advised the nation’s merchant vessels to adopt this subterfuge, stirring the German Admiralty to declare that neutrality would be no protection within their declared war zone around the British Isles. This is obviously unacceptable to neutral countries, including the Baltic states, the Netherlands, and the United States, who now press both combatants to rescind their most lethal policies.

Not since the July Crisis has there been such a flurry of diplomatic activity. Yesterday, Secretary of State William Jennings Bryan (see above) cabled the US embassy in London asking the British government to

do all in their power to restrain vessels of British nationality from the deceptive use of the flag of the United States in the sea area defined in the German declaration, since such practice would greatly endanger the vessels of a friendly power navigating those waters and would even seem to impose upon the Government of Great Britain a measure of responsibility for the loss of American lives and vessels in case of an attack by a German naval force.

Simultaneously, Bryan cables the embassy in Berlin to warn the German government that

If the commanders of German vessels of war should act upon the presumption that the flag of the United States was not being used in good faith and should destroy on the high seas an American vessel or the lives of American citizens, it would be difficult for the Government of the United States to view the act in any other light than as an indefensible violation of neutral rights…

If such a deplorable situation should arise, the Imperial German Government can readily appreciate that the Government of the United States would be constrained to hold the Imperial German Government to a strict accountability for such acts of their naval authorities and to take any steps it might be necessary to take to safeguard American lives and property and to secure to American citizens the full enjoyment of their acknowledged rights on the high seas.

The cables were decrypted, turned into diplomatic notes, and are delivered to their respective recipients today. Although there is little chance of peace, this is the last and best hope to prevent a turn for the worse. Waiting and watching in the wings are neutral Spain and Italy, both of which already suffer from disrupted Mediterranean food systems. Hunger is spreading across the continent. Rome, which already wants to seize Italian-speaking Austrian territory, has a fresh reason to join the war against the Central Powers. 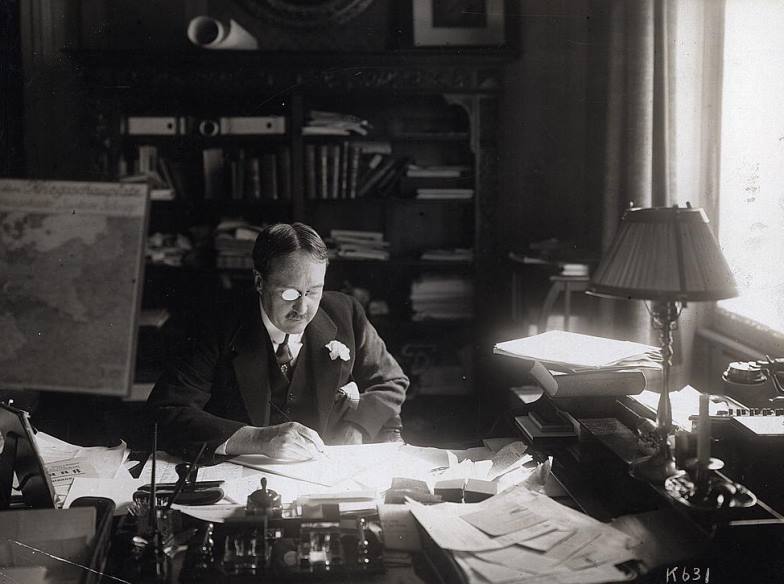 Ambassador James Gerard warned Secretary Bryan that German newspapers linked to the government were whipping up public hostility to the United States because American policy appeared to favor Britain. Bryan had argued for stronger diplomatic condemnation of the blockade, but the Anglophile President Wilson overruled him

Ambassador Bergstorff has taken great pains to reassure Secretary Bryan that food imports will be consumed only by German civilians. Four days ago, the German embassy in Washington, DC told Secretary Bryan that “The German Government would…be ready to leave for the duration of the war the sale and distribution of such imported goods, as oil or cereals, to American organizations,” suggesting a relief scheme similar to one that is feeding millions of Belgians right now. In another note to London on the 16th, Bryan underlines the American position that food is not a ‘contraband item’:

It cannot escape the conviction that a policy which seeks to keep food from non-combatants, from the civil population, of a whole nation, will create a very unfavorable impression throughout the world. It will certainly create, is already showing signs of creating, a strong revulsion of feeling in this country and the result might very easily be such a condemnation of that policy by American opinion, in view of the explicit assurances of the German notes sent last evening and herein, as to be very embarrassing to this Government if it took an inactive position. […] (I)t seems probable that the war zone order would be withdrawn if the food question could be adjusted.

Bryan includes that last quid pro quo on the strength of reports from Ambassador Gerard in Berlin, who has relayed the talking point from Bryan’s counterpart in the German government.  His preliminary answer from Ambassador Page the next day is that Britain “will not put food on absolute contraband list if Germany will sow no more mines and will attack no more commercial ships by submarines” — but the offer is not official, and Page harbors doubts about the feasibility of the proposed relief system.

Is our Government prepared to undertake the distribution of food to non-combatants throughout Germany so as to make sure that it will all be consumed by non-combatants? It requires a large number of men to do this for the commission in Belgium and if we can undertake this service, would it be an unneutral act by our Government?

But the most important doubters live on Downing Street. 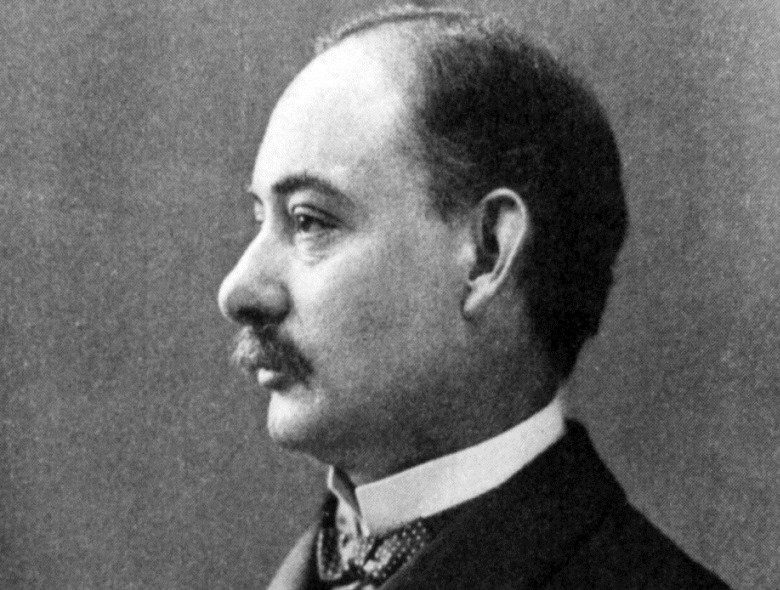 Ambassador Walter Page tried to negotiate a safe passage for neutral ships to a sanctuary port on the English North Sea coast where the British could search them for contraband and then let them proceed to their destinations, including Germany

On the 20th of February, Foreign Secretary Sir Edward Grey — who is in fact the executive authority in charge of his country’s blockade — dismisses American concerns about neutrality, citing the history of United States vessels that flew the Union Jack during the Civil War.

The obligation upon a belligerent warship to ascertain definitely for itself the nationality and character of a merchant vessel before capturing it and (even more importantly) before sinking and destroying it has been universally recognized. If that obligation is fulfilled, hoisting a neutral flag on board a British vessel can not possibly endanger neutral shipping and the British Government hold that if loss to neutrals is caused by disregard of this obligation it is upon the enemy vessel disregarding it and upon the government giving orders that it should be disregarded that the sole responsibility for injury to neutrals ought to rest.

That evening, Ambassador Page is

sorry to report that I do not see a ray of hope for any agreement between Germany and England whereby England will permit food to enter Germany under any condition. Since Germany has declared her intention to prevent everything from abroad entering England, it is practically certain that England will prevent everything from entering Germany. That policy was foreshadowed, though not definitely stated to me, by Sir Edward Grey yesterday. Early in the war Germany destroyed a food ship bound for Ireland. That fact, together with the declared German policy of a blockade, I fear absolutely cuts off any chance of such an arrangement as you hope for.

Although the policy of unrestricted submarine warfare is withdrawn after high-profile sinkings kill Americans, the success of the continued British blockade will inevitably force Berlin to resume sinking neutral merchant vessels without warning. After all, by the end of this year U-boats will have sunk more British commercial ships than Britain can build in the same time frame — so when German civilians die of malnutrition and starvation, the potency of the policy is all too plain to see. Although it will take time, this fateful new failure of diplomacy sets Germany on a collision course with the United States. 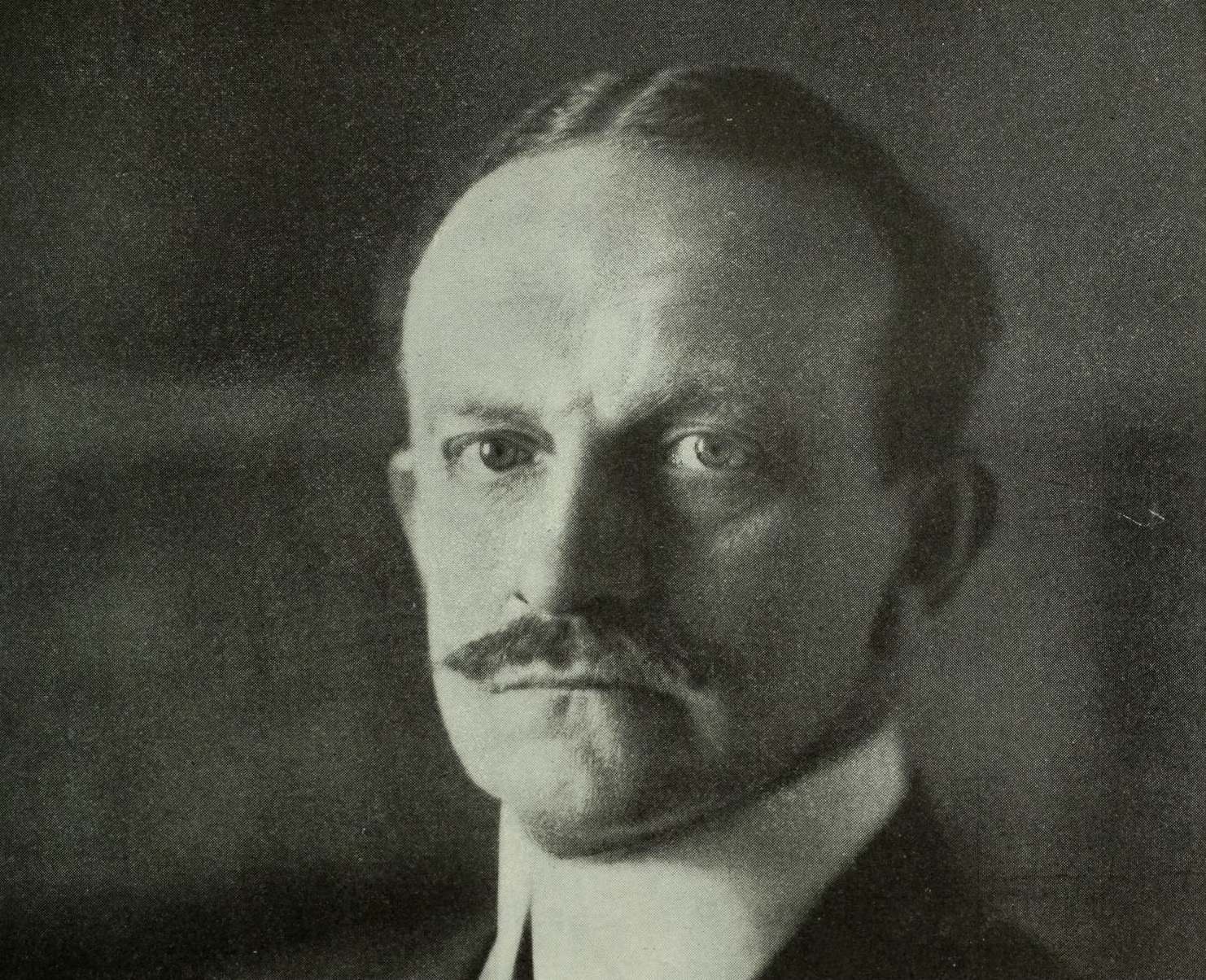 Ambassador Heinrich von Bernstorff opposed his country’s submarine policy and its subversive activities in the United States, but was also at least nominally in charge of German spies in America — and their clandestine campaign of sabotage and insurrection