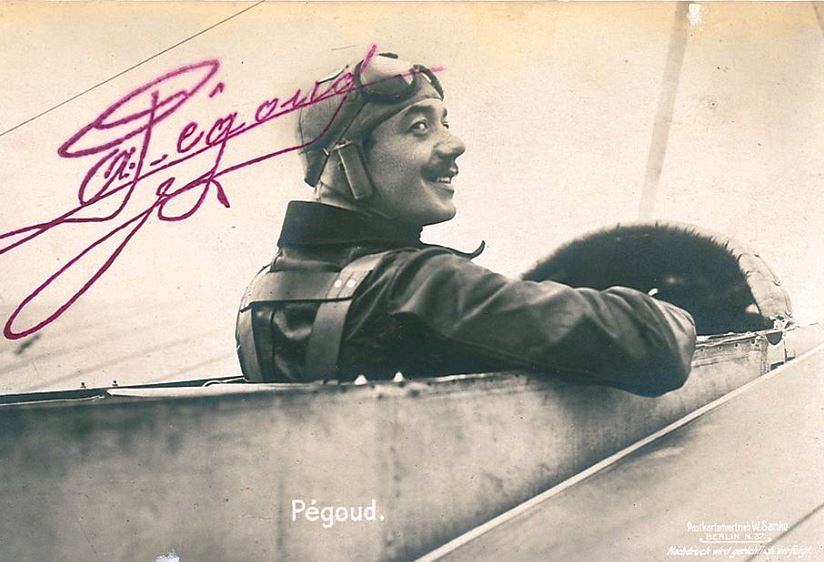 An entire decade passed between the Wright brothers’ first sustained flight at Kitty Hawk and the world’s first successful airplane loop. Seen above, Adolphe Pégoud was believed to have been the first man to achieve this now-basic flying feat until word arrived that Russian pilot Pyotr Nesterov had already done it on the 9th of September, 1913. On the 8th of September, 1914, Nesterov was killed trying to achieve the world’s first air combat victory. Although Pégoud is not the first pilot, or even the first Frenchman, to shoot down an enemy aircraft, today he still makes history by shooting down three aircraft in a single mission.

Pégoud’s hat trick begins at about half past nine AM when he spots a distinctive, though obsolete, reconnaissance plane:

A Taube monoplane came in my direction. It was at an altitude of about 2,000 feet, and attacked at less than 200 feet with my machine gun. It made a half turn. I followed at about 300 feet without ceasing. After a minute or so of pursuit, the enemy made a long glide on the left wing, and fell; the front was enveloped in flames and smoke; fragments of fabric detached themselves from the wings, and it crashed to the south of Grand-Pre.

In the same vicinity, I perceived then two Aviatics, of which one flew above the sector northeast of Montfaucon. I attacked the nearest. At the first burst of bullets he dived.

I charged upon him vertically, continuing my fire. I saw him neatly hit by a tracer bullet, and he darted into space. I raised my machine to 5,000 feet. I regained my altitude, pursued the second Aviatic which was flying over the sector east of Montfaucon. I approached, firing my machine gun at him from about forty yards below him. For fifty seconds, he fought back with his automatic rifle, but soon he seemed to be hit, and fell in a spin. I charged in a vertical volplane (steep dive), shooting my machine gun continuously. And the Aviatic, crippled in the wings and the tail, disappeared into space.

Flying safely home through a storm of anti-aircraft fire to land in time for lunch, Pégoud will achieve his fourth and fifth ‘kills’ on April 3rd. After being credited with five aerial victories and decorated for his bloody new milestone in military aviation, the French press will begin referring to Pégoud as l’As — the ace — and Roi du ciel, king of the sky. 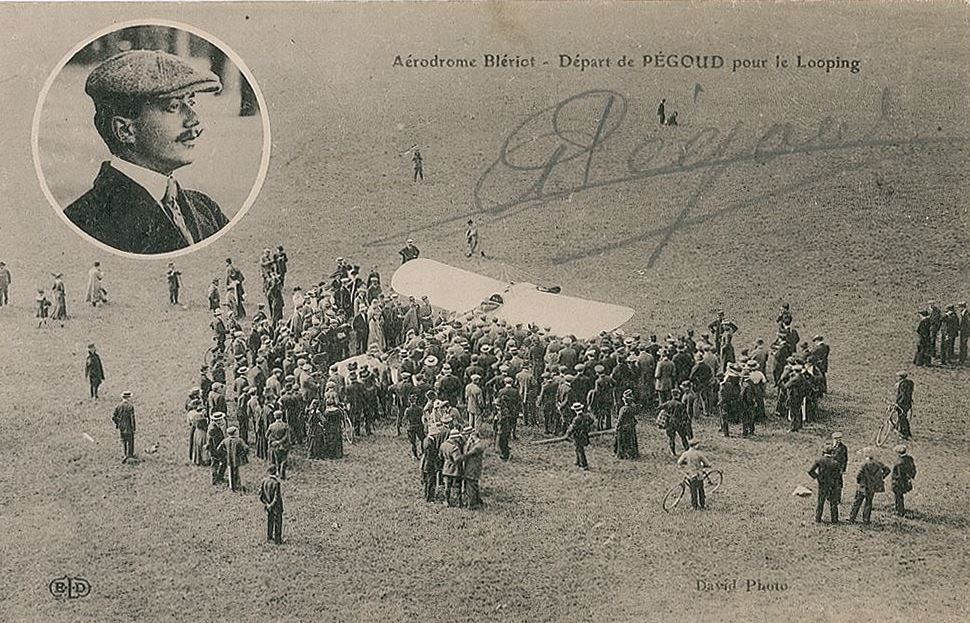 Like most men of his generation, Pégoud served in the Army as an enlisted man. That he was discharged in 1913, learned to fly that same year, and graduated to training other pilots in the year before the Great War began is a testament to how rudimentary and experimental airplanes still were at the time. In fact, the plane that Pégoud flies today — a two-seater Maurice Farman ‘push propeller’ biplane — is already obsolete.

In part, that is because of his gunner, who does all the actual shooting in today’s encounters but would be unnecessary in a plane built specifically for air combat. When he achieves his next kills, Pégoud will be flying a single-seater Morane-Saulnier L ‘Parasol’ monoplane with a machine gun mounted on the wing above his seat. By August, when he claims his sixth victory, he is firing the machine gun through an armored propeller. The dedicated fighter airplane is being invented.

An innovative pilot, Pégoud was the subject of many postcards and propaganda photographs

Pégoud is killed by Lieutenant Bilitz, the gunner flying behind his former German student, Unteroffizier Walter Kandulski, on August 31st. Attacking another twin-motored Aviatik, Pégoud exposes himself to Bilitz’s fire and is hit in an artery, bleeding to unconsciousness before he can land. His plane passes over French lines before crashing; he is already dead before he hits the ground. But by then, Anthony Fokker is already putting Eindecker monoplanes into the air, further accelerating the arms race in the sky. 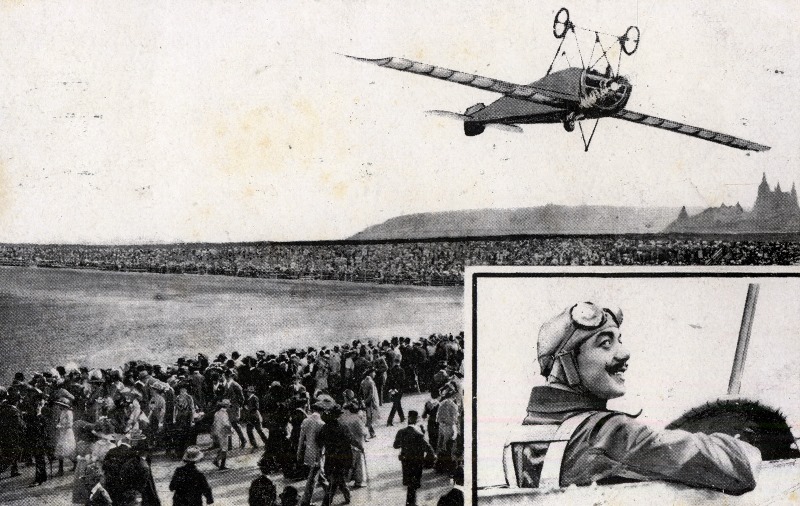 A prewar postcard of Pégoud’s loop feat. Though the crowd shot is genuine, the inverted plane is a pre-Photoshop fake