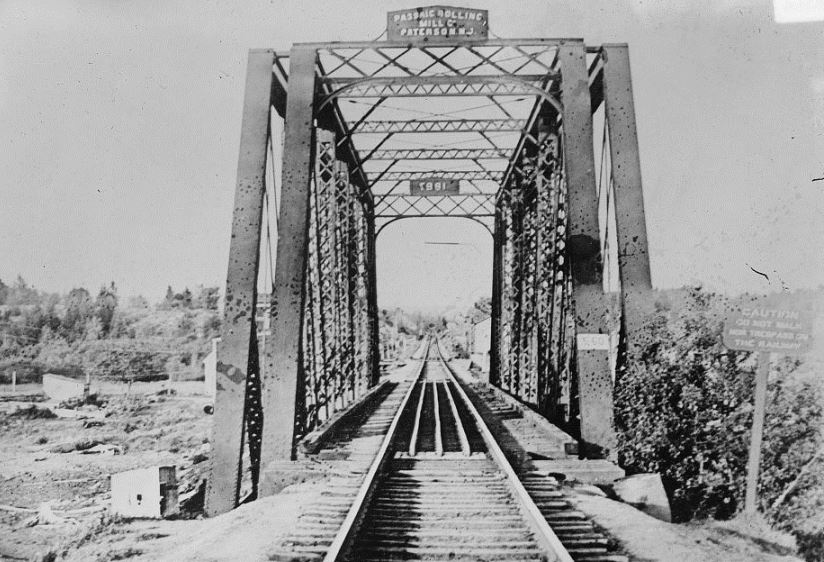 A little before 1 AM today, a shadowy figure approaches the Vanceboro Railway Bridge on the St. Croix River, the point where a Canadian Pacific Railroad line crosses back into Canada from Maine on its way to Saint John, New Brunswick from Ottawa. Carrying a suitcase, the man is interrupted by two trains travelling on the busy track, concealing himself in the icy darkness of a howling storm each time as they pass. Hurriedly placing his luggage against a girder on the Canadian side, he cuts his fifty minute fuse down to three minutes before lighting it with his cigar and marching off into the darkness.

His name is Werner Horn. A German army reserve officer, Horn was managing a coffee farm in Guatemala when the war broke out. After a failed attempt to get home through the British blockade in order to fight, Horn found himself out of a job and drifted to New York, where he fell into the orbit of Germany’s American spymaster, Franz von Papen. Germany, which has the world’s largest espionage network, also has many projects going on in the United States: the Ghadar Party is stoking the fires of rebellion throughout South Asia, and agents are supporting the violent schemes of Irish nationalists. But Papen’s mission is far more sensitive than those efforts, for his agents are already committing acts of sabotage and destruction right here in their host country.

On January 18th, someone cut the fire alarm at the Roebling Cable Works in Trenton before setting a blaze that destroyed the entire factory, which had been profiting handsomely on the wartime sale of its wares to London and Paris. Altogether, more than two hundred mysterious fires or explosions will occur in the United States before 1917, mostly in New Jersey, that are believed to be the work of Papen’s agents or whose causes are still unknown. Papen is acting on a January 3rd telegram from Potsdam to the German embassy in Washington directing that “vigorous measures should be taken to destroy the Canadian Pacific in several places for the purpose of causing a lengthy interruption of traffic.” Papen then offered Horn $700 to blow up the Vanceboro bridge (see above), across which so much Canadian war material passes on the way to Europe. 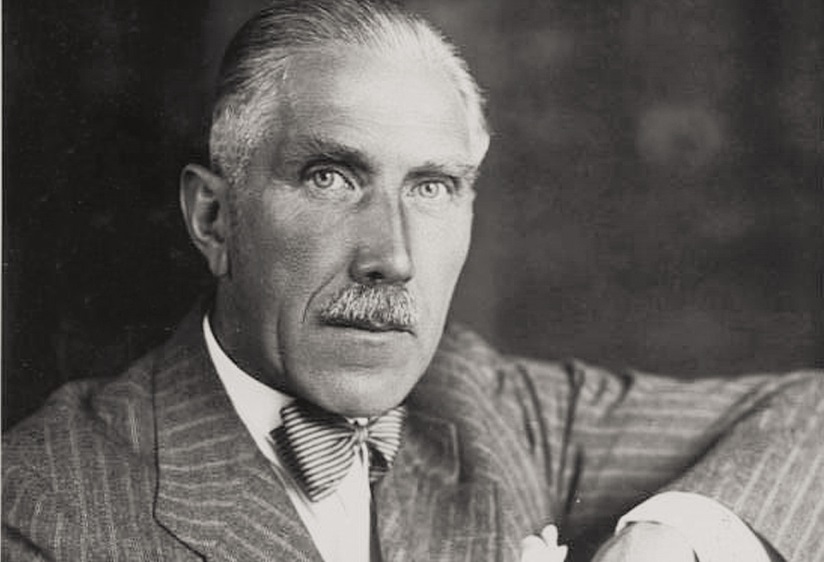 Franz von Papen, German spymaster, will later play a pivotal role in the rise of Hitler and the Nazis when his own power-grab fails

Like most other German citizens recruited for clandestine activity abroad, Horn is a motivated amateur, not a trained demolitions expert. He is also described by contemporary sources as being a bit slow. When the 80-pound bomb explodes at 1:10 AM, it leaves two girders slightly twisted and scored, but the bridge is structurally sound, and only needs to be closed for a few days of minor repairs.

Horn returns to the Exchange Hotel dressed in his German uniform, which he wore to avoid being shot as a spy, and complaining of frostbite on his hands from his gloveless night-hike in a Winter storm. Horn has already spent three days alarming the townsfolk with his odd behavior: stashing his suitcase in a woodpile, skulking around the tiny town, and watching the trains from his hotel room window. An immigration official even interviewed Horn, who claimed to be a Danish farmer named Olaf Hoorne looking for land to buy. Aubrey Tague, the hotel proprietor, quickly adds up the situation this morning and contacts the proper authorities, whereupon the sheriff of Vanceboro and two Canadian police officers from the New Brunswick side of the border arrive at the hotel at about 7:30 AM. Together, they arrest Horn, who proudly admits his crime.

An inter-governmental discussion of jurisdictional issues begins. Horn is first moved to Machias, Maine, where the Bureau of Investigation (the future FBI) obtains his detailed and signed confession. He is charged with ‘transporting explosives on a common carrier’ — the dynamite in his luggage — in Boston on March 2nd. After serving eighteen months at a prison in Atlanta, Georgia, Horn is extradited to Canada in 1919, where he is convicted and sentenced to ten years for espionage. He will be released and deported back to Germany in 1921 after prison authorities determine that he is insane. Today, we might call Horn retarded. 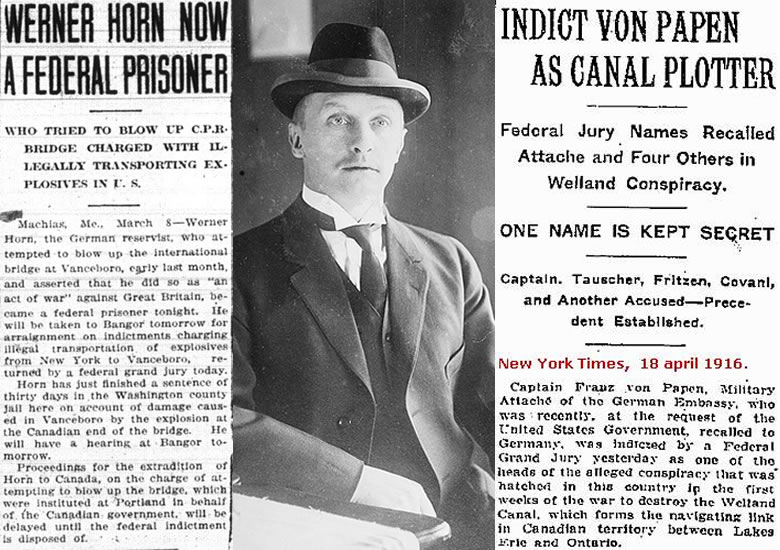 The Unites States government declares Franz von Papen persona non grata in December, ending his diplomatic protection and forcing the German government to recall him. On his way out of the country, a seizure and search of Papen’s luggage finds more than a hundred check stubs indicating direct payments he has made to agents, a major intelligence coup that indicates the size of his operation — as well as some amount of naivete on his part.

Papen was born an aristocrat and bred according to the traditions of the gentleman officer, not the professional spy. Though his schemes are ambitious, they are not always successful: when his Ghadar and Irish operations have fizzled out in 1916, Papen is sent to Palestine to serve as an officer in the Ottoman army. Despite losing another batch of records at Nazareth, a fiasco that leads to death or imprisonment for yet another spy network, he ends the war as a lieutenant colonel. It is our profound and general misfortune as a human race that Papen’s ambitions then turn to politics.

In 1916, Papen is indicted by a federal grand jury in New York, but he is already out of the country; the charges are only dropped when he is made Chancellor of Germany in 1932, at which point his schemes are leading the world straight into a second, even greater global conflagration. 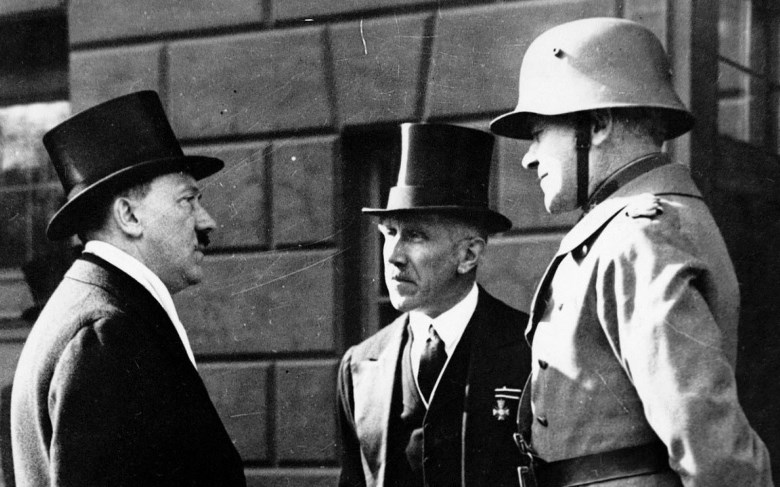 1933: Adolf Hitler (left) with Papen (center). Papen convinced Hindenburg to appoint Hitler to the chancellorship in a bid to return himself to power, but then was out-maneuvered and isolated by the militant and violent Nazis he’d enabled