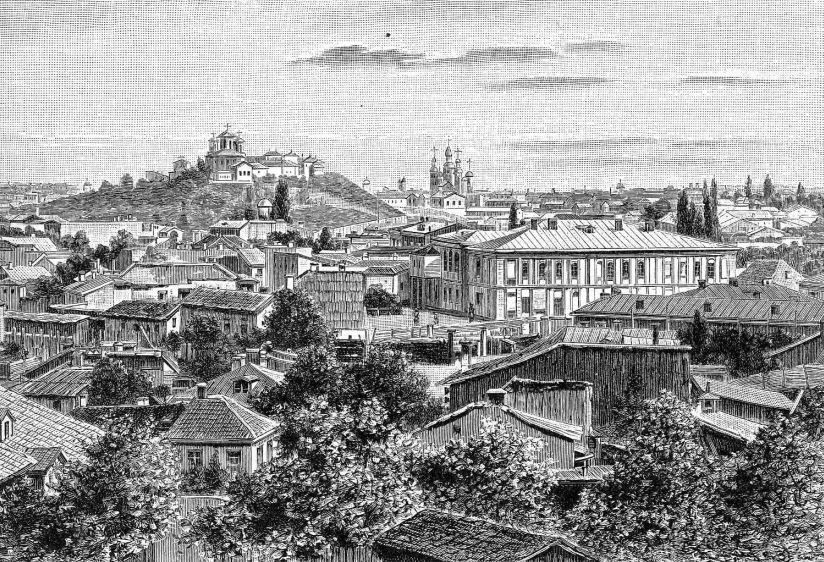 Today the British government extends a £5,000,000 sterling loan to the government of Romania. It is the most visible sign to date that the allies of the Triple Entente are wooing Romania into their alliance against the Central Powers. It is not an easy task: King Ferdinand I is a scion of the House of Hohenzollern, just like Kaiser Wilhelm II, and the conservatives dominating Romania’s parliament are all either pro-German or pro-neutrality. But the Romanian people favor France and England, while the declining fortunes of Austria-Hungary are heightening Romanian ambitions in Transylvania, an ethnically-Romanian province of the Hapsburg empire that is now threatened by Russian advances in Bukovina, another border province coveted by Romania.

Prime Minister Ion I. C. Brătianu has already concluded secret agreements with Russia and Italy aimed at improving his country’s position in the event of war. Despite the difficult domestic situation, Brătianu remains convinced that he can bring his nation into the conflict at the right time to minimize risk and maximize reward. It is a calculation that is doomed to fail, for if Romania joined the war today it might indeed make a big difference. By the time Brătianu finally succeeds in lobbying enough of Bucharest against the Central Powers to declare war, it will be too late. 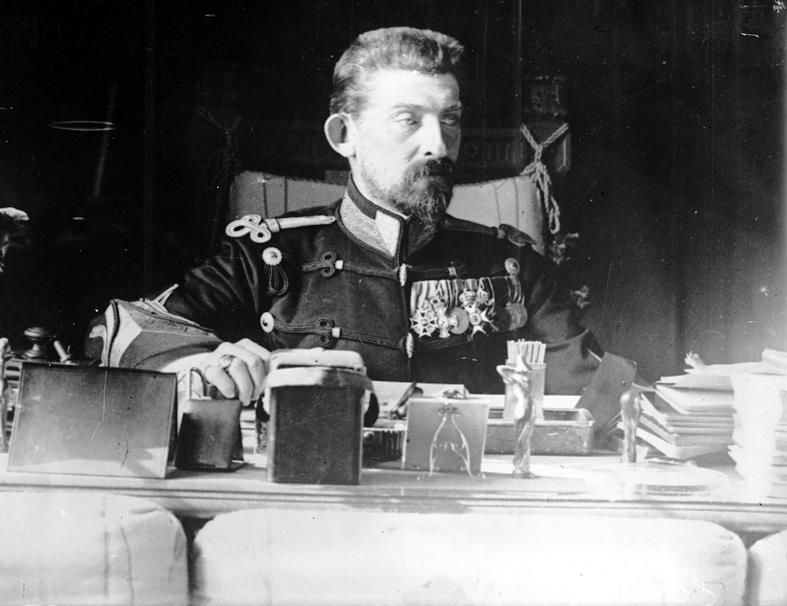 Ferdinand I, King of Romania, was a Hohenzollern but eventually supported his Prime Minister’s drive to war

In the meantime, Romania will make the most of her neutrality. Possessing the largest oil fields in Europe at Ploesti, Romania will export more than 400,000 tons of petroleum to the Central Powers this year. A breadbasket, Romania also benefits by selling cereal grains to both Germany and Austria, afflicted as they both are by rising food prices. Yet this Summer, Paris will float an even larger loan — Fr 200,000,000, equal to about £8,000,000 sterling — to Bucharest. This is just the beginning: by the time Romania finally does enter the war in 1916, her army of 650,000 men will receive material support from both sides and assurances of allied troop support against Bulgaria as well as territorial concessions from the allies. None of it will fix the basic problem, however, which is that Brătianu is missing his moment to have the kind of impact he wants.

We may then add Romania to the list of countries whose participation in the war was determined by their relative weakness, not their military strength — a finding that contradicts many determinist arguments about the Great War being caused by arms cartels, conspiracies, or evil design. Brutal Austrian Winter offensives in the Carpathian and Bukovinian passes are a strategic attempt to intimidate Romania and Italy into staying out of the war, and through a combination of domestic political and material factors in Romania, the Austrian strategy is working. Vienna’s continued fight is worth more than £5,000,000 sterling in Bucharest.

While Romania makes up its mind, Bulgaria, a country to the south which resents the allied plan to put Constantinople and the Dardanelles Strait in Russian hands, has that much more time to rebuild from its previous wars in 1912 and 1913. There will be blood. 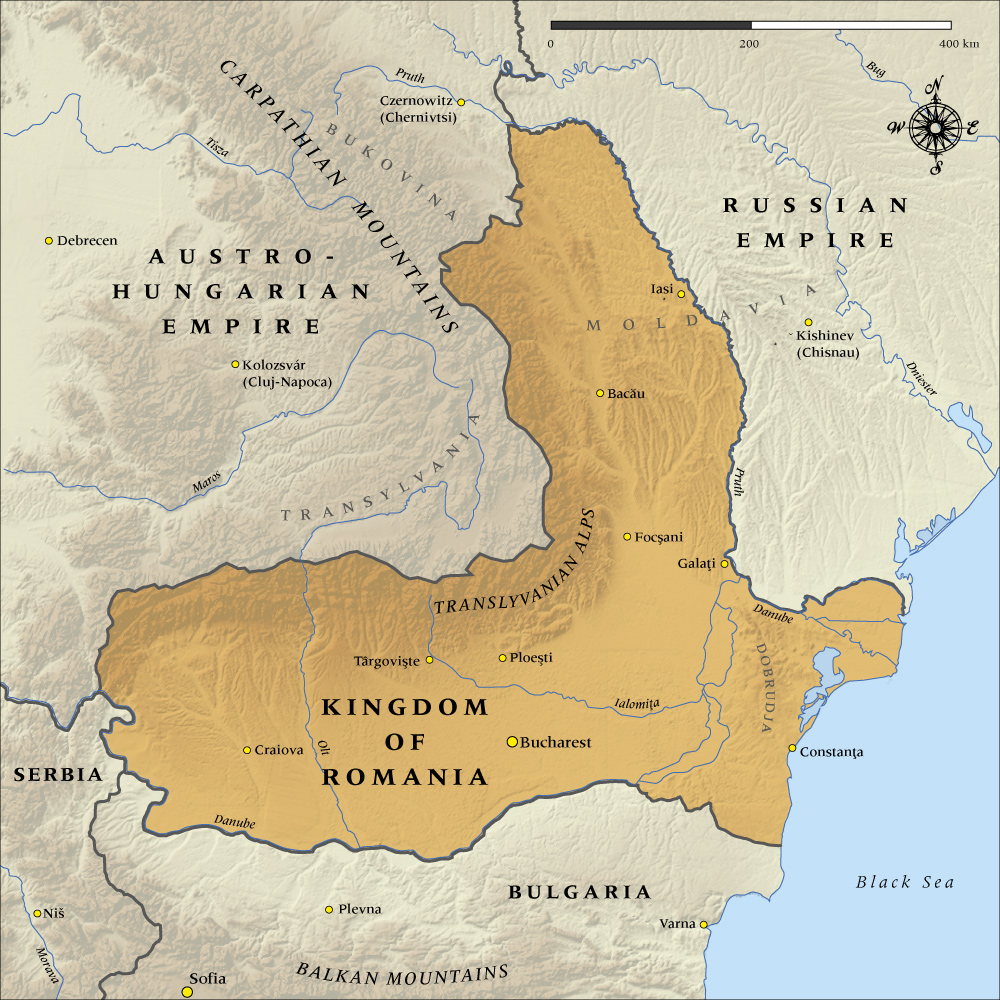 A map of Romania in 1914. Transylvania and Bukovina were Austrian provinces with ethnic Romanians, making them targets for expansion. So was Bessarabia, the Russian province on the Dniester River. All are, or have been, part of modern Romania

Even when Romania does go to war, she is still not ready, for her twenty-three divisions possess at least the same percentage of incompetent careerists and doctrinal shortcomings as any army that went to war in 1914. Despite rigorous training, dedicated troops, and attention to military developments on all fronts of the conflict, Romania is quickly beaten back into a northern redoubt, where the allies must supply them with the means and reinforcements to mount a comeback, most notably through the military mission of General Henri Berthelot.

Romania thus exemplifies a point made by General S.L.A. Marshall in his book Men Against Fire:

War must always begin with imperfect instruments. Equally, these instruments can never be fully perfected in the course of war. There are fixed limits to the national resources and within these limits each element of the national defense competes with all others. Too, once the sides are drawn, each side must reshape and balance its own mechanism according to what appears to be the point of greatest vulnerability in the other. […] Improvisation is the natural order of warfare. The perfect formulas will continue to be found only on charts.

Of course, all of this is not necessarily an argument for militarism. Romania was unready for war; logically, rather than conspire and scheme to thread a needle and enter the conflict at exactly the right moment to win everything Romanians wanted, the better choice would probably be to just stay out of the whole mess altogether and find the best ways to profit on the situation. Yet Romania today looks very much like the picture of Brătianu’s most expansionary dreams, suggesting the fight may have been worthwhile after all, but only because Romania was eventually on the winning side.