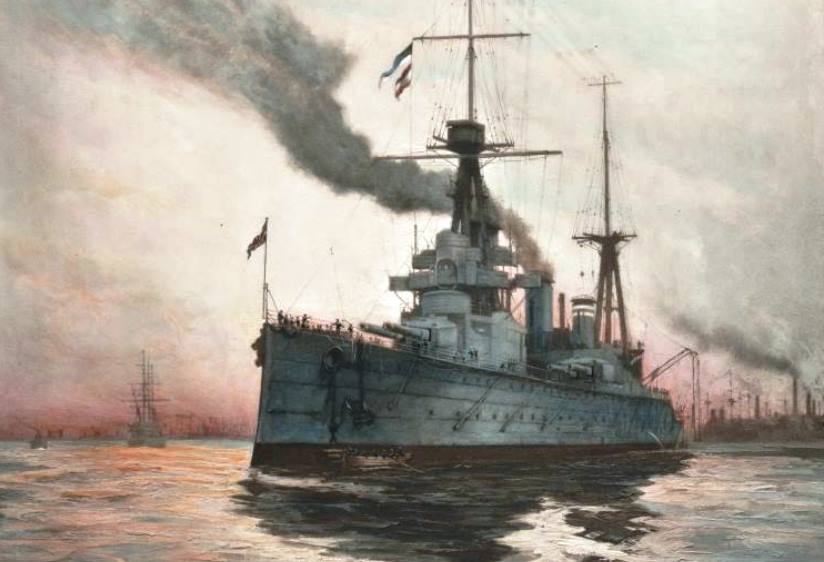 Today is the very first clash of dreadnoughts at sea. It is also a very bad day for the German Navy.

When the SMS Magdeburg ran aground in the Gulf of Finland on August 26th, 1914, Russian cruisers captured three code books, one of which they gave the British. Since then, the cryptanalysis unit in Room 40 at Whitehall has intercepted and decoded many German fleet signals, but the British Navy has been unable to capitalize on the intelligence. Today, Admiral David Beatty sets out with five battlecruisers, seven light cruisers, and thirty-five destroyers knowing where and when to find his enemy. Accurate radio intelligence finally seems to have coincided with effective command.

Vice Admiral Franz von Hipper has conducted two raids on the English coast in November and December. But he has come to suspect that British fishing boats are giving away his fleet movements, so he has set out today for the shallows of the North Sea in search of trawlers to destroy. Leading just three battlecruisers, one armored cruiser, four light cruisers, and eighteen destroyers, Hipper sails directly into the trap he seeks to unspring. He also lacks accurate knowledge of his enemy’s capabilities, for he is surprised by the speed of Beatty’s pursuit.

The First Battle of the Dogger Bank begins at about 7:20 AM when Beatty finds Hipper’s screening destroyers and charges across the water. As the action ends at about 11 o’clock, more than 1,200 German sailors are dead, wounded, or being captured, while the old battlecruiser SMS Blücher is sinking and the Seydlitz is on fire. The participation of the battlecruiser HMS New Zealand (see above), a 1912 gift from the people of that island colony to the navy, underscores the British victory as a war of imperial navies.

The shooting begins at 8:52 AM when Beatty’s flagship, the Lion, opens fire at a range of more than eleven miles. Rapidly closing the gap with Hipper, who is slowed down by the old Blücher, Beatty’s ships begin scoring hits within twenty minutes. Hipper’s ships concentrate their fire on the Lion, scoring a hit below her waterline. As the last of his battlecruisers comes within range of their outnumbered opposites, Beatty orders them to take advantage of the imbalance, and despite some confusion aboard the Tiger the Blücher is soon slowed down by a crippling hit to a boiler. But so is the Lion.

Hipper chooses to break off the engagement, leaving the wounded Blücher behind. As his own ship falls behind from the fourteen hits German gunners have scored on her, Beatty wants the rest of his command to keep pursuing Hipper. But his radio has been knocked out, so the message to turn and chase the enemy must pass by semaphore signal; Beatty’s instructions to turn forty-five degrees northeast and pursue the enemy are interpreted aboard the New Zealand as an order to fall on the Blücher.

Most of Beatty’s ships surround their stricken foe, pummeling her with fifty shells and two torpedoes. She capsizes and sinks shortly after 1 PM, a moment that is captured forever on film. The British break off rescue operations when they come under attack by a seaplane and the Zeppelin L5.

Beatty finally breaks pursuit of Hipper when a ‘periscope’ — most likely an expended torpedo breaking the surface — is reported on his flank. His flagship must be towed back to harbor, but only fifteen British sailors are dead. What might have been a complete victory is instead only a partial one thanks to errors and miscommunications. Nor will Beatty’s navy learn any lessons from the battle, lost as they are in the joy of celebration. Whereas the Kaiserliche Marine reexamines their engineering and procedures in the wake of the ammunition compartment hits they experienced today, the British Navy remains blissfully unresponsive to this vulnerability in their battlewagons.

Nevertheless, the defeat is another blow to the prestige of an upstart German Navy. Admiral Friedrich von Ingenohl, who left today’s task force without a covering force of the High Seas Fleet, is already a focus of blame and reproach for his procurement priorities. Admiral von Turpitz, chief architect of Germany’s prewar naval buildup, criticizes his failed attempts to draw British forces into unfavorable engagements. Ingenohl steps down as commander of Kaiser Wilhelm II’s proud battleships on February 2nd, but his monarch orders maximum elimination of risk to those surface vessels, deepening the dilemma of the position for the admiral’s successor.

Yet the biggest impact of today’s battle is its effect on the Kaiser’s submariners. With the British blockade clamping down on the raw materials and food that supply the Kaiser’s armies, and his surface fleet even more constrained than before, Wilhelm will come to rely on his U-boats to a degree that neither he nor Tirpitz have ever expected. 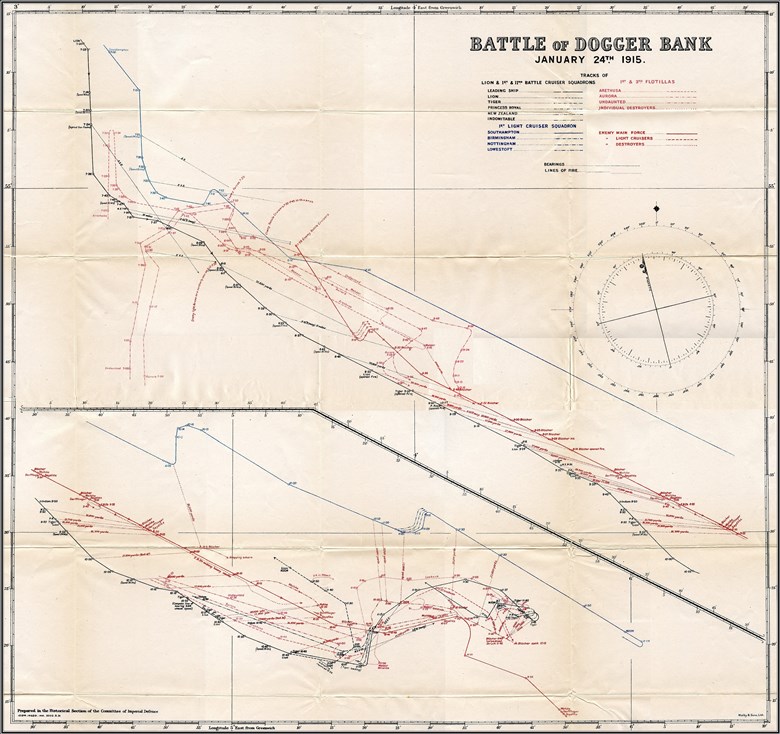 A detailed map of the battle. You can see the full version at Naval-History.net